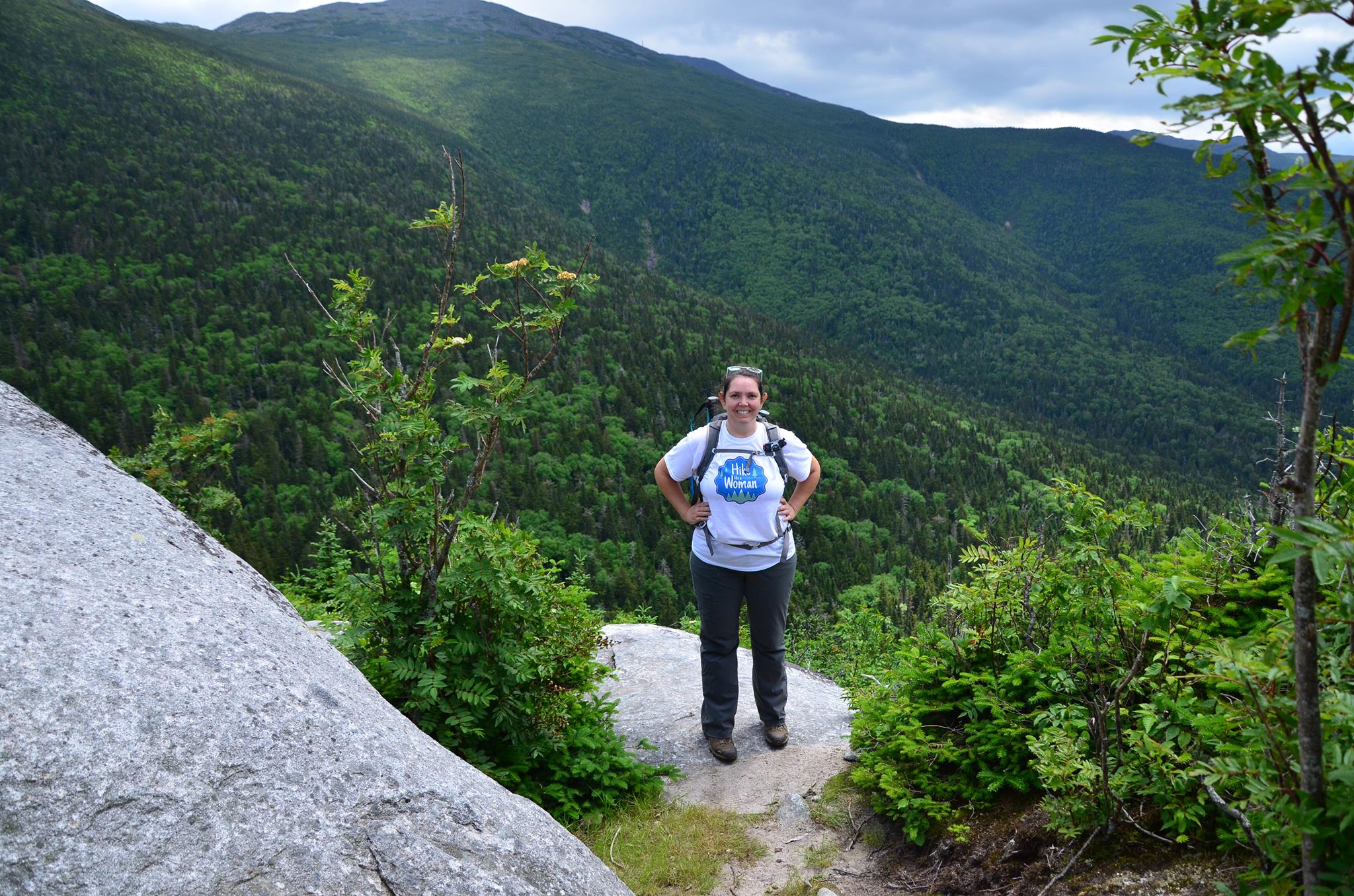 The past year has been an adventure. I wouldn’t say it has all been good, but I definitely learned some things from it.

I had several great accomplishments and firsts that included hiking to the bottom of the Grand Canyon and seeing a total solar eclipse. And I had several failures and firsts as well that included bailing on a hike (two actually!) and missing my opportunity to hike a 14er (a mountain that climbs to 14,000 feet in elevation).

I bid you farewell, 2017. I see my failures as “the good sore” you get when you exercise and my accomplishments as me flexing my guns.

The year started off amazingly. For my 35 birthday my friend Lagena and I were able to secure the coveted backcountry permit for the corridor at Grand Canyon National Park. It took us two days of standing in line, but we were able to get the permits and hike all the way from the South Rim of the Grand Canyon to the Colorado River and back up. 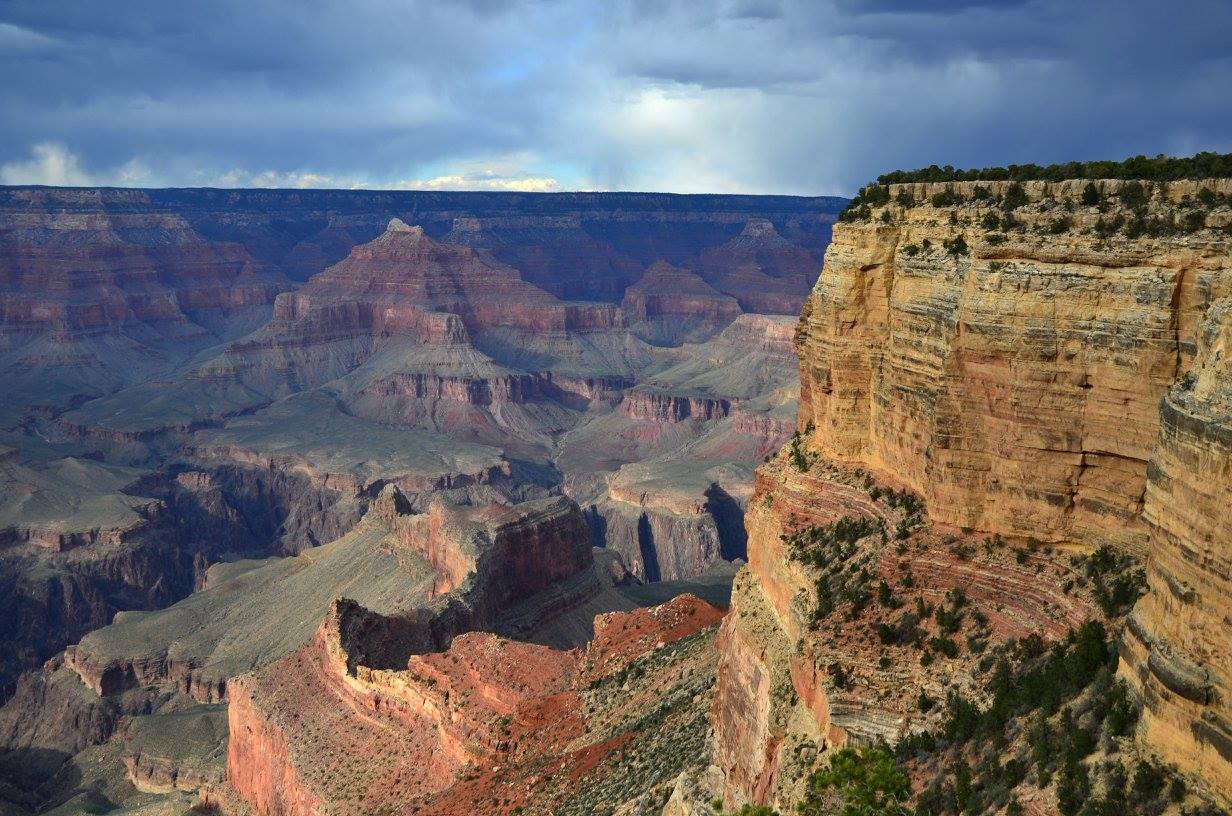 It was the most amazing trip. It is really hard for me to pick a favorite backpacking trip, but if you forced me this trip would probably be my answer. The Grand Canyon is a magical place and should definitely be on your bucket list. I wrote it off as something I could get to on my Hoveround, but after an impromptu trip this spring I’m glad I didn’t wait until I was in my 80s.

You can read about our Grand Canyon Trip in more detail in my Grand Canyon National Park blog post. And to read more about our backpacking trek to the bottom, check out the Bright Angel Trail blog post.

Well, after coming off a high of successfully hiking from the South Rim of the Grand Canyon to the river and back, perhaps I got a little too full of myself. In July, Lagena and I planned to hike the northern peaks of the Presidential Traverse in New Hampshire.

The Presidential Traverse is an extremely rugged hike that traverses the highest peaks in New Hampshire. The weather can change in a moment’s notice which makes it even more of a challenge. 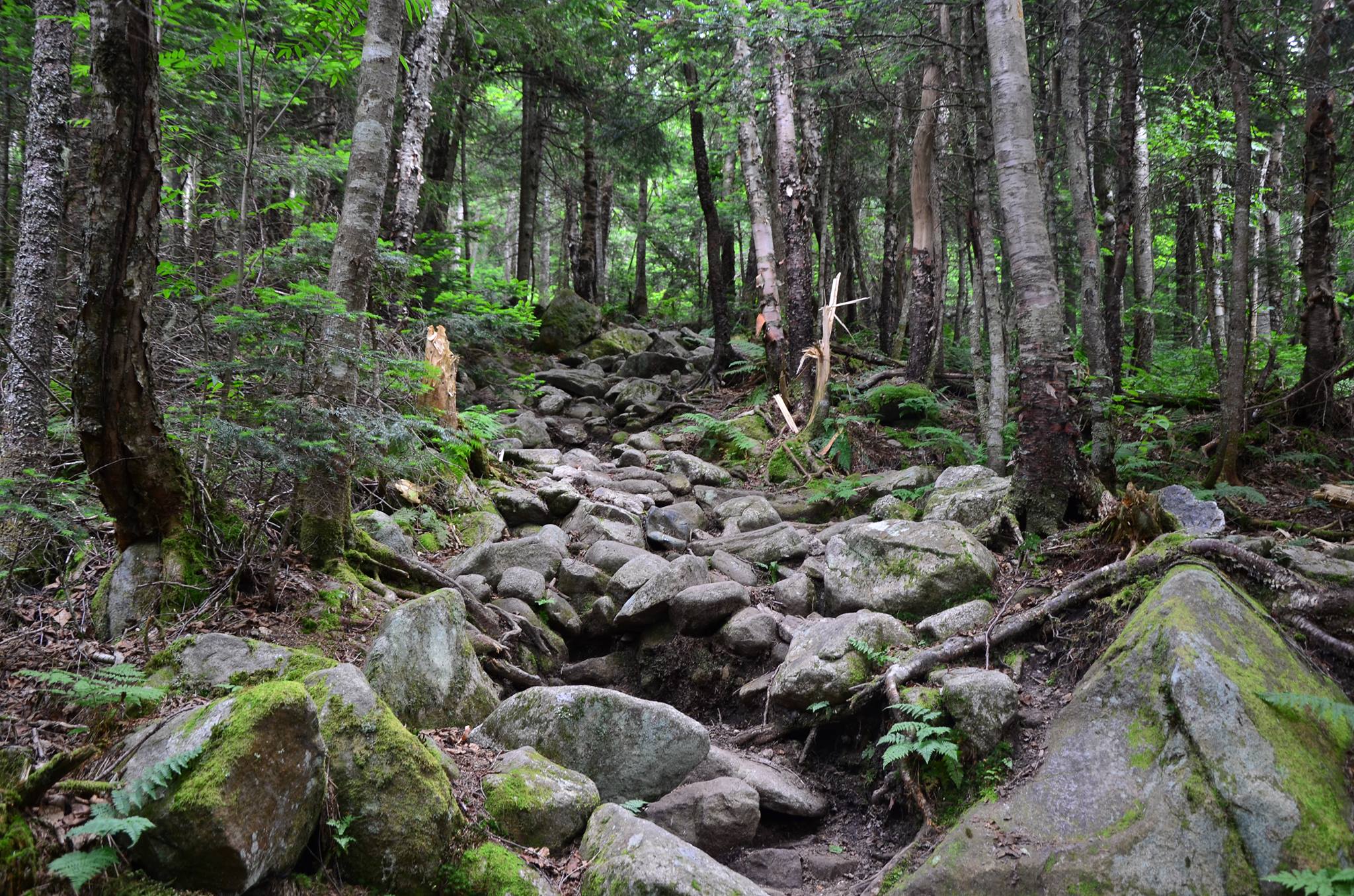 Lagena and I planned to make a loop of the northern peaks (the hardest), beginning with Mount Washington. Well, we only made it about four miles before we bailed and decided the mountain range was too rugged for our planned three-day hike.

It wasn’t the elevation gain that got to us, it was the ruggedness. In several instances we had to use our hands just as much as our feet to climb up and over boulders that lay in the middle of the trail. 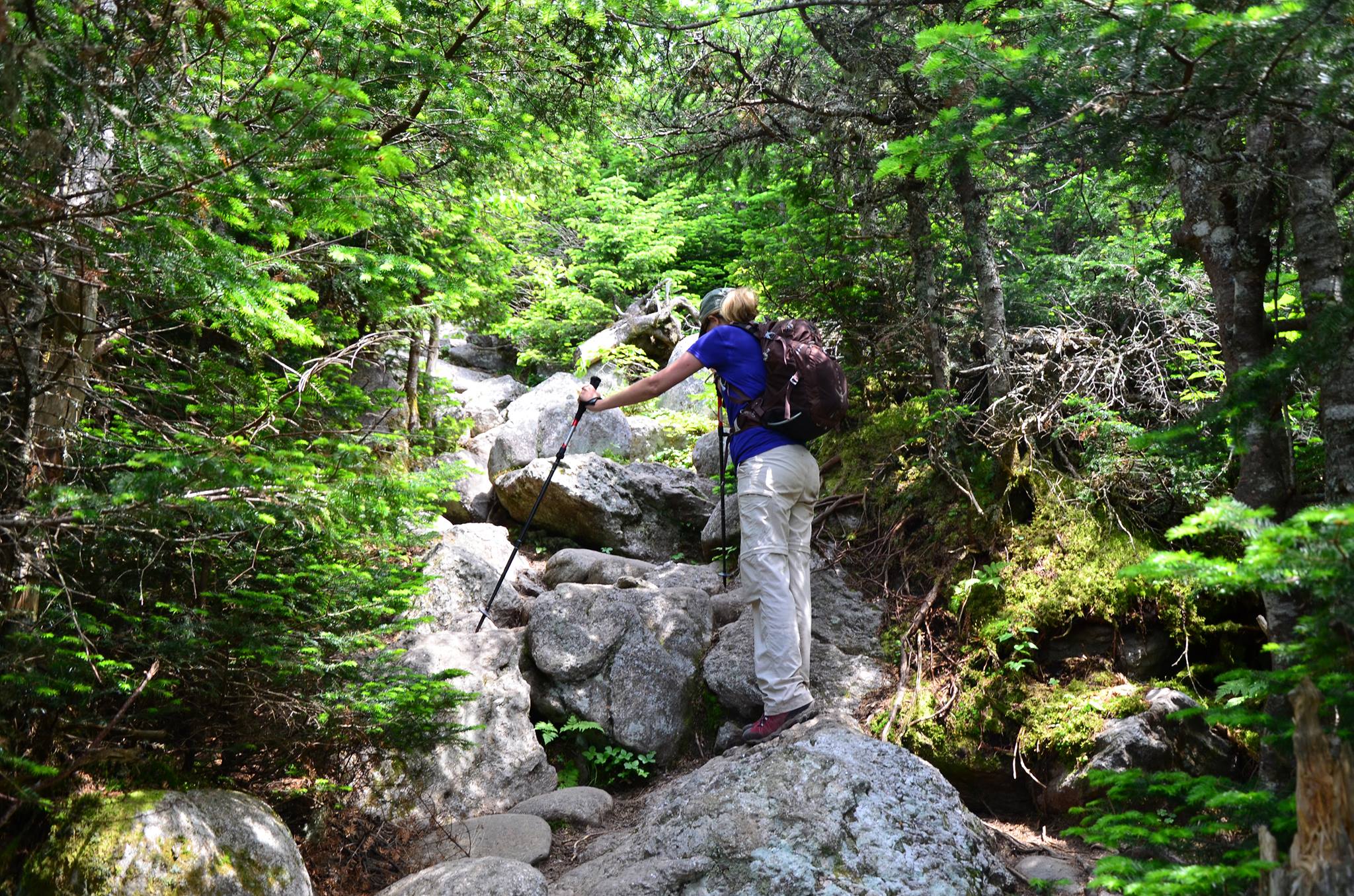 Having driven to the top of Mount Washington the day before, we had already seen the view from the top. We decided to day hike to the top of Mount Jefferson, but on that trail we were climbing on top of boulders and scree that were taller than us. We quit the trail again and drove to Shenandoah National Park for the remainder of our trip.

You can read about our time in New Hampshire here.

Something I have never seen before in my life was a total solar eclipse. When I read that an eclipse was predicted to occur within driving distance of my home, I knew I had to go.

My sister Leah and I began making plans about a year before when Leah read a news article about how people were already making reservations for the areas that were in the path of totality. My parents had been talking about wanting to go explore the Land Between the Lakes in Tennessee and Kentucky. The path of totality went right over LBL. 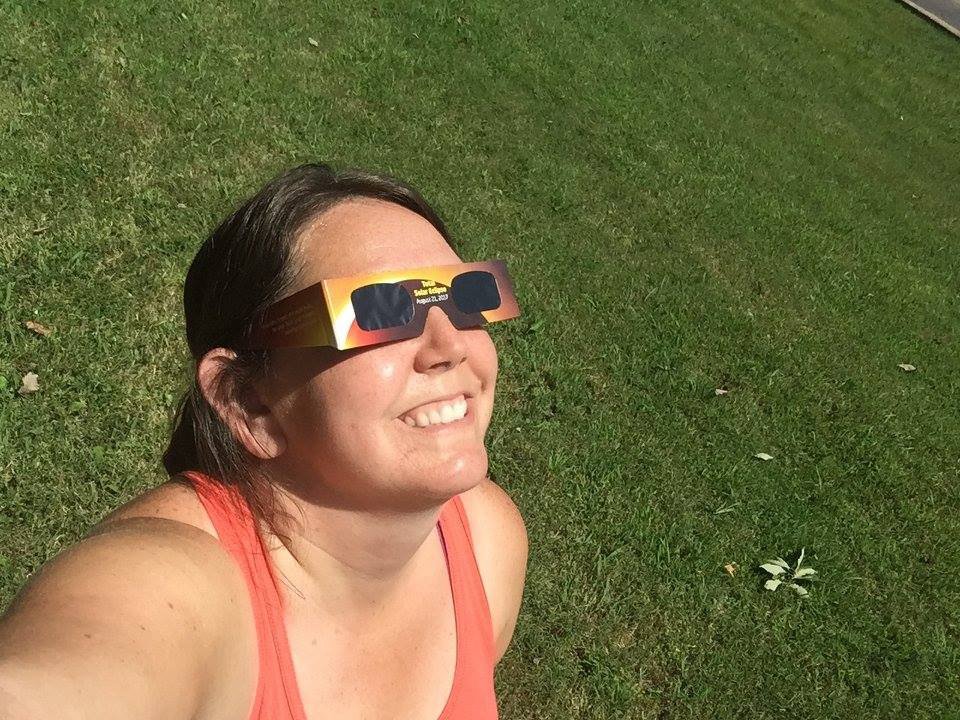 The eclipse was in late August, and I made reservations on Feb. 1, to be sure to get a spot. People flocked from all over to watch the event

My parents, sister, brother-in-law, nephew, and I made a long weekend to camp at LBL. It was nice to experience the eclipse with family.

I was so nervous that it would be cloudy, or something bad would happen. But nothing did. There was one cloud that traveled across the sky for about five minutes of the two-hour event. 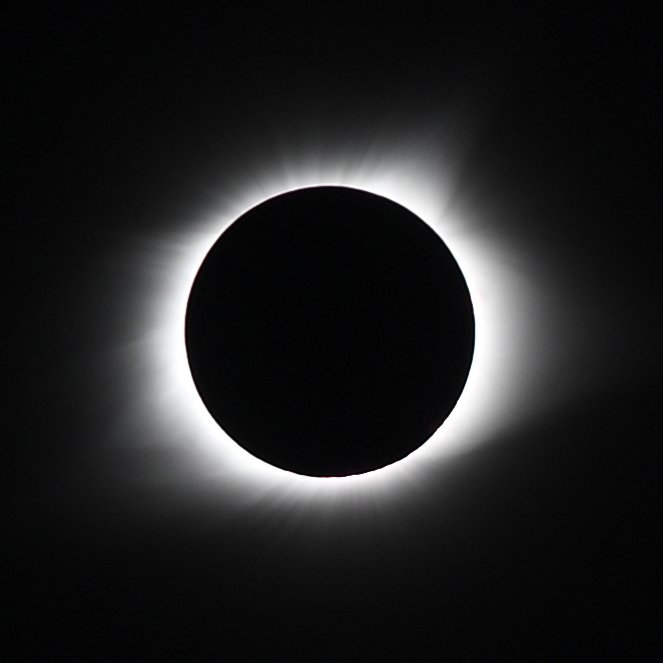 The totality lasted on about two minutes, but it was so worth it. I loved experiencing the whole thing. All senses were affected. We heard the night insects sing as they came out when the sky got darker. It got cooler as the moon blocked the sun’s energy. And of course it got darker. When the moon completely covered the sun it was like a light switch had been shut off. It was too dark to read the buttons on my camera.

The next total eclipse visible in the United States is April 8, 2024. And if you can make plans to see it, is definitely worth it.

Goals for next year

So because I missed my opportunity to hike a 14er, I have that as my top goal for 2018.

I planned on bagging a 14er on a trip to Colorado for a Hike Like A Woman retreat. But the weather held us back. It rained with thunder storms on the one day I had planned for the hike. 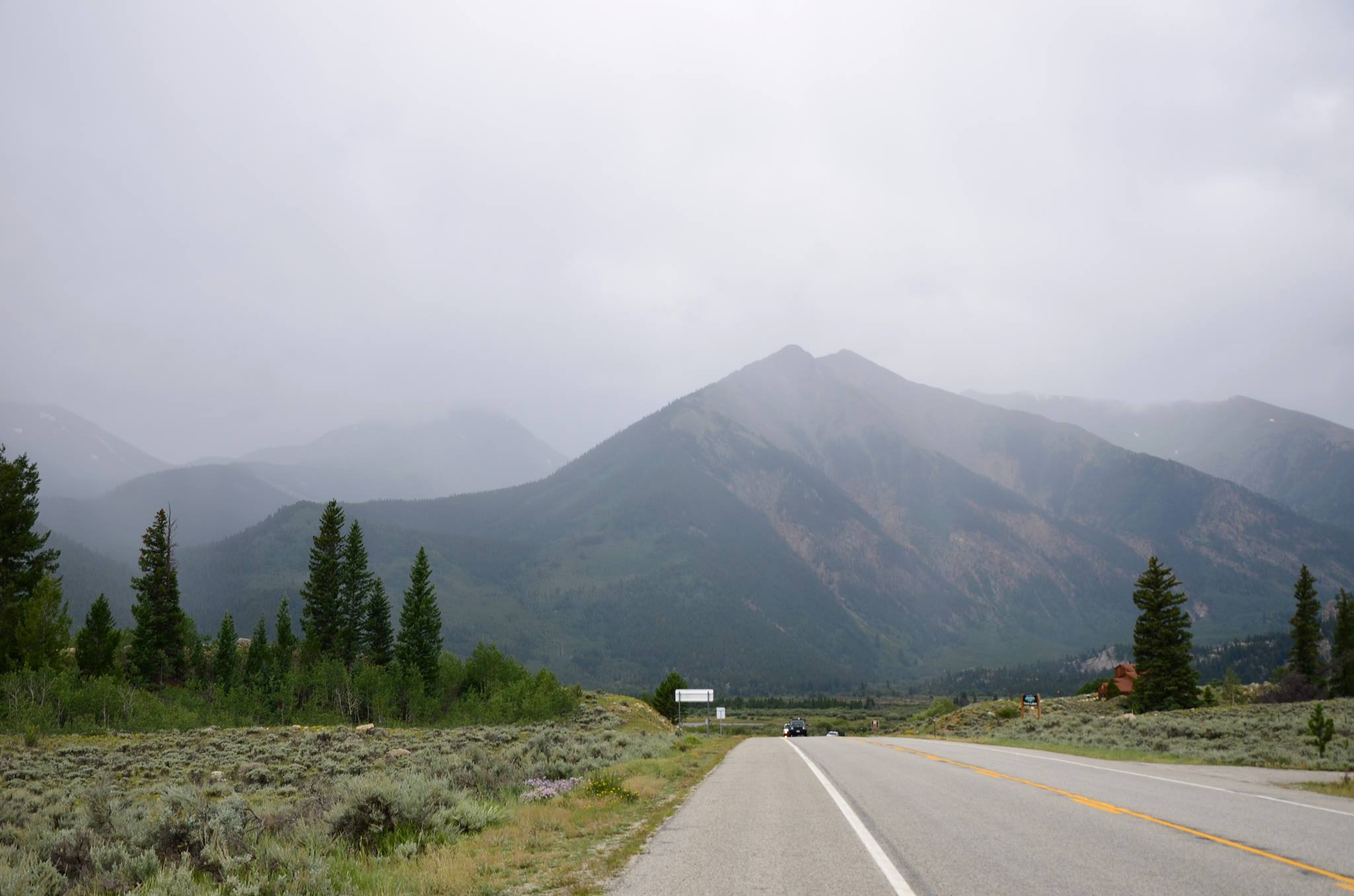 Now I’ve learned my lesson. I have taken the whole week off allot for more days to try the climb. That way when the thunder storms blacks out my day, I’ll go on another.

To read more about my miss 14er hike, read my “When Your Bucket List Item Doesn’t Happen” post.

So I’m looking forward to crossing that item off my bucket list in 2018.