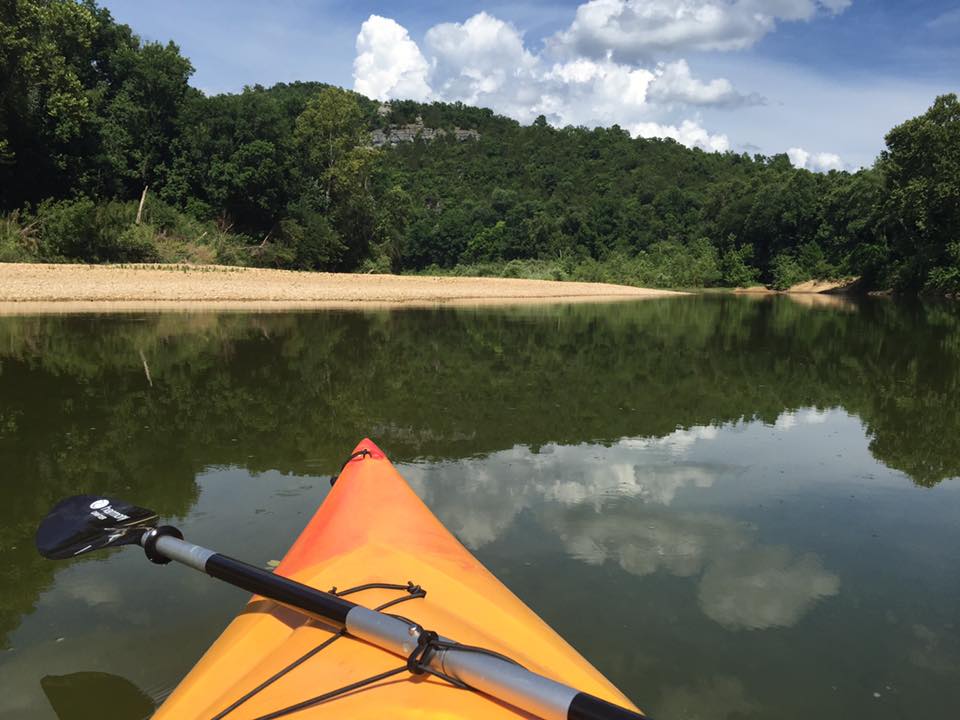 The hot and steamy summer of Arkansas drives many outdoor enthusiasts to the water. A great place to dip into a cool mountain stream to beat the summer heat is Buffalo Point.

Located on the lower section of the Buffalo National River, the National Park Service maintains the campground. It is also one of the last places to launch a canoe or kayak along the river. According to the park’s website, the float season moves down river as the spring rains subside. Because it is nearly July, Lagena and I decided on floating the lower section of the river this past weekend. The river levels can be checked here. 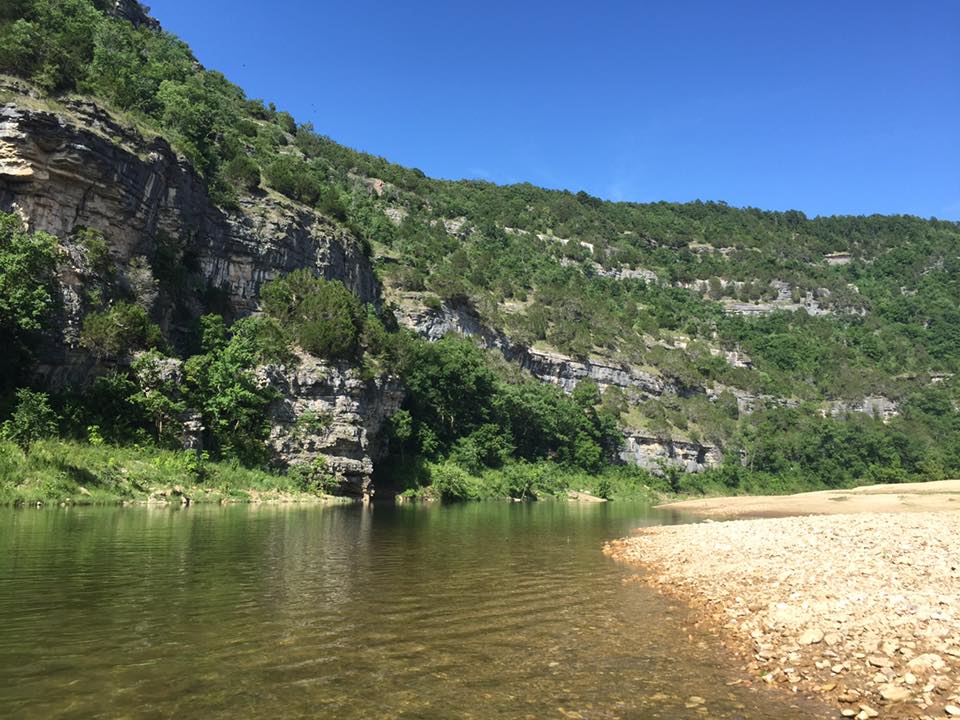 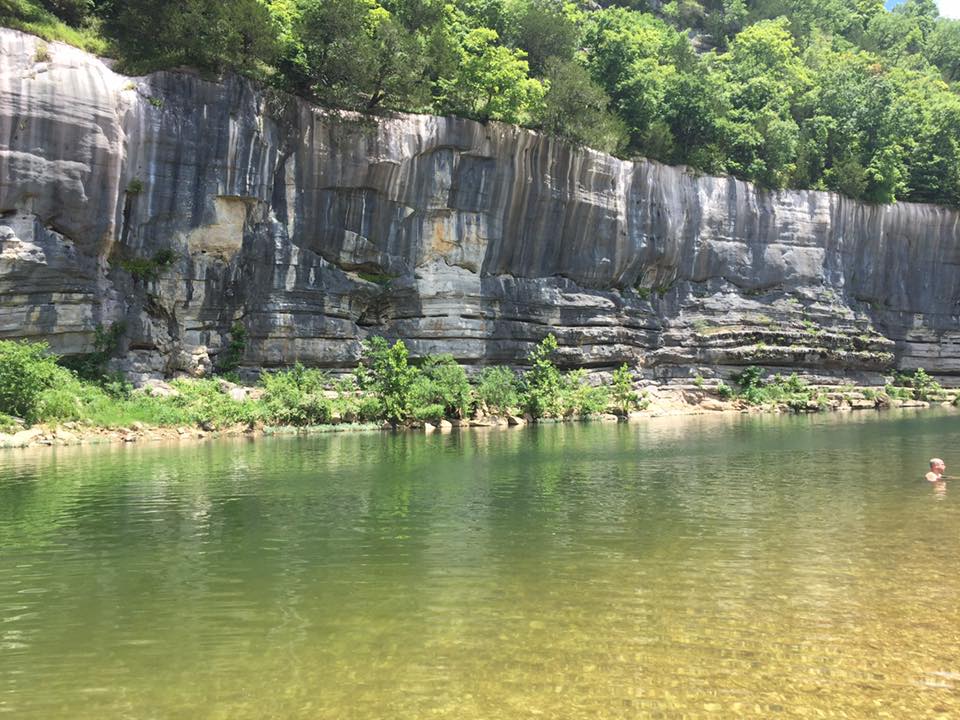 Last weekend, Lagena and I camped out at Buffalo Point. We wanted to take an overnight float trip, but with a threat of rain on Monday we decided to only float one day.

Kayaking from Buffalo Point to Rush is a lazy float, especially this time of year when the river is low. There are hardly any rapids, and the ones that are there are small. Through most of the float we meandered through a series of deep pools. We saw several large fish, which left me wishing I brought my fishing poles. 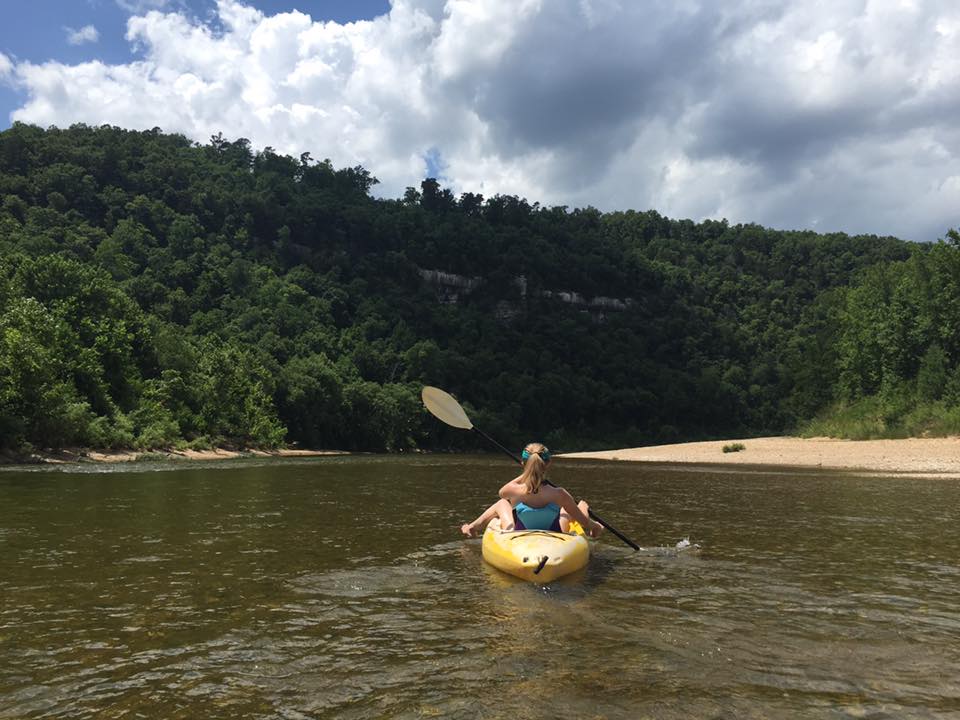 The river was rated moderate, and Lagena and I only scraped a few times. In fact, better navigating would probably have kept me from scraping and getting stuck. But I was too busy taking pictures or taking in the scenery to notice that I was floating into gravel bars. 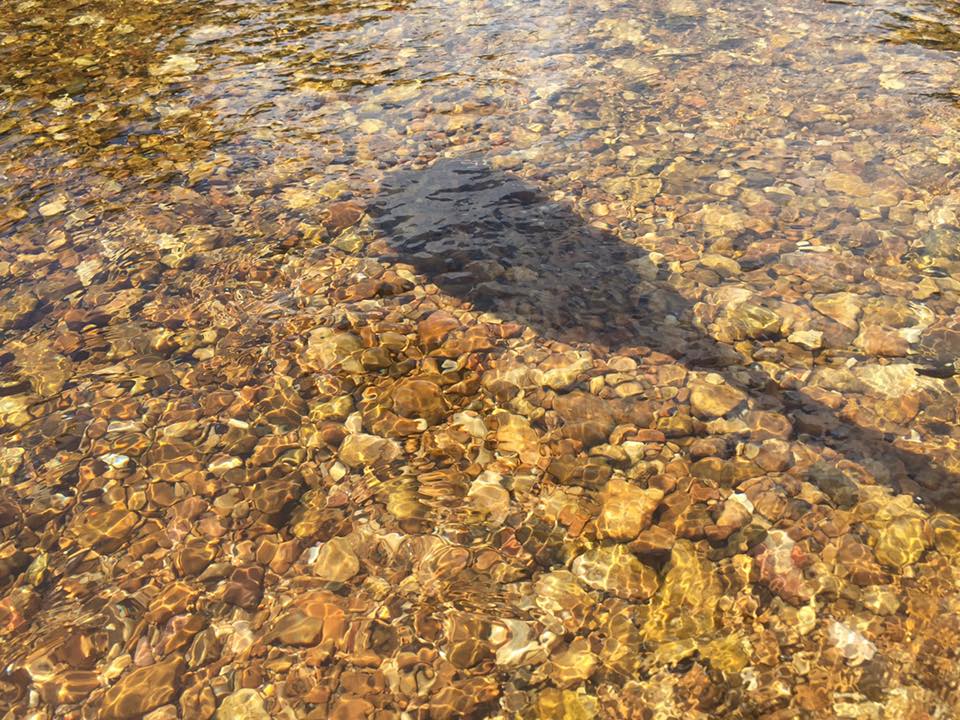 The lower section of the Buffalo National River does not contain as many of the scenic bluffs that the river is known for. But floating from Buffalo Point to Rush is not without its beauty.

The entire float took a little more than four hours, including a few long swimming breaks. 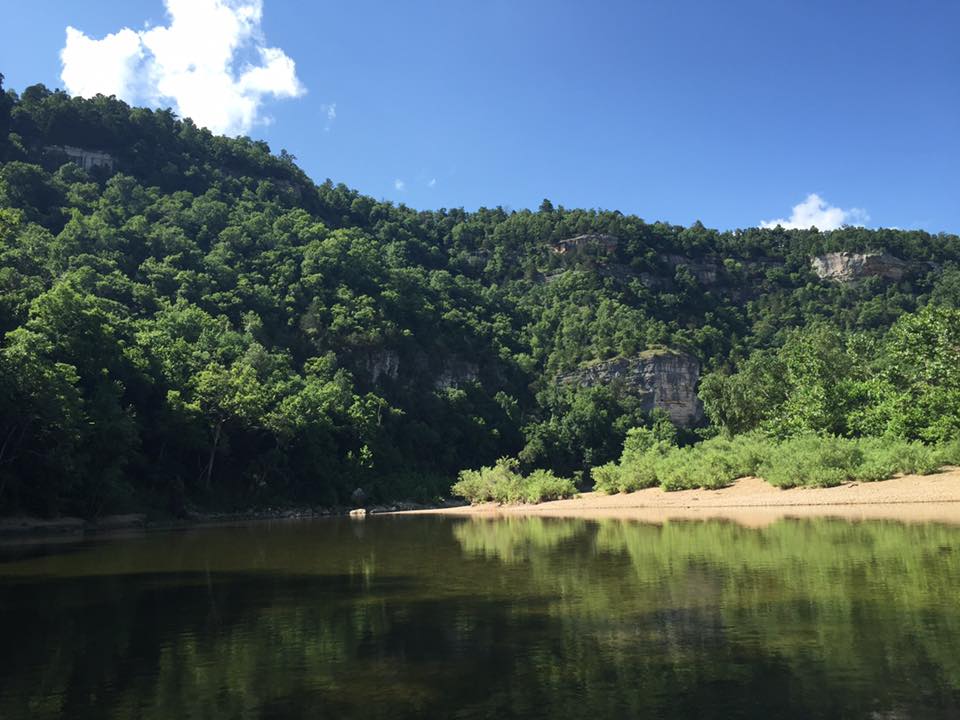 Camping in the heat

After we loaded our kayaks up at Rush, we drove back to Buffalo Point to set up camp for the night. Neither Lagena nor I felt like cooking dinner. (Honestly we’re just really lazy. We had Mountain House meals – you just boil water.) We stopped in at Wild Bill’s Outfitter to look at souvenirs and noticed they sold pulled pork sandwiches. I’m not much of a barbecue fan, but that sounded so good at the time. I got a tasty sandwich with slaw, chips, and a drink for only $7, so it was definitely the right decision. 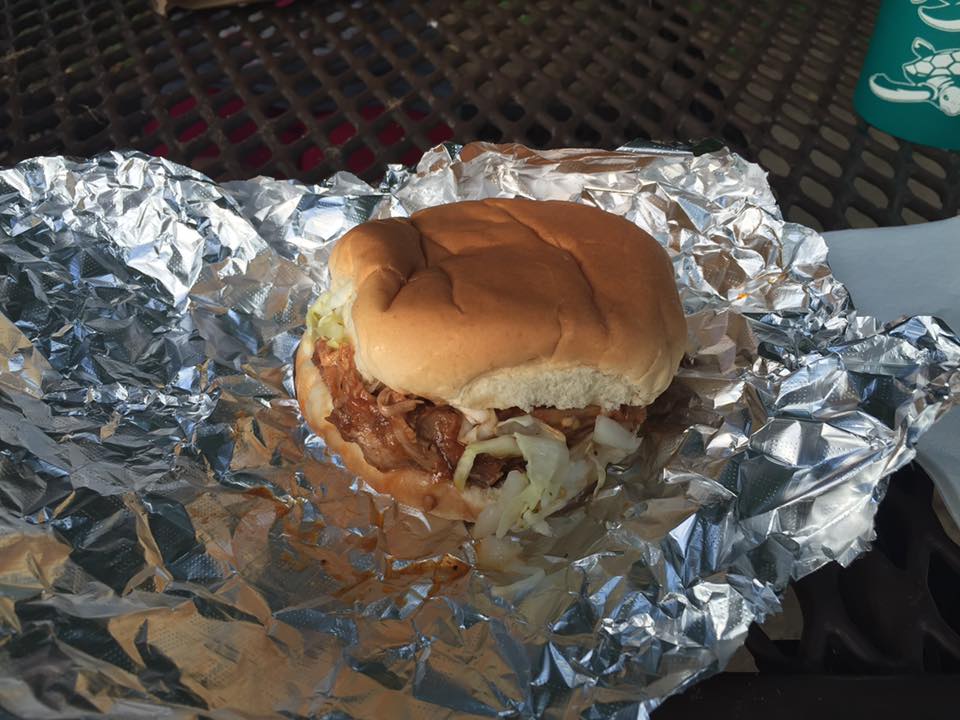 If you do not have your own kayak or canoe, Wild Bill’s rents them.

Again with the laziness, Lagena and I both decided we didn’t need to stake down the tent. But then in the middle of our Uno game, we had a strong breeze. It was hot and muggy, and Lagena commented on how nice the breeze felt. Then out of the corner of my eye I noticed the tent rolling across the campground. I heard our neighbor say “What is that?!” So after retrieving it, we decided to stake down the tent.

It was hot the entire night – almost too hot to sleep. Despite thunder and lightning in the distance we took the rain fly off to let in more air. It never did rain on us.

The next morning we set up our hammocks and lounged around until lunchtime.

The trail has a steady climb before leveling out and going through an open forest. It then takes you through some rock glades and there were beautiful wild flowers while we hiked. The overlooks provides sweeping views of the river and valley below. I loved seeing where we floated the day before from up high. Buffalo Point used to be a state park before the National Park Service acquired the river. Because of this some maps label it Buffalo River State Park. Cabins and a restaurant are also located at Buffalo Point. The lazy float and short hiking trails make it a great place for families too. 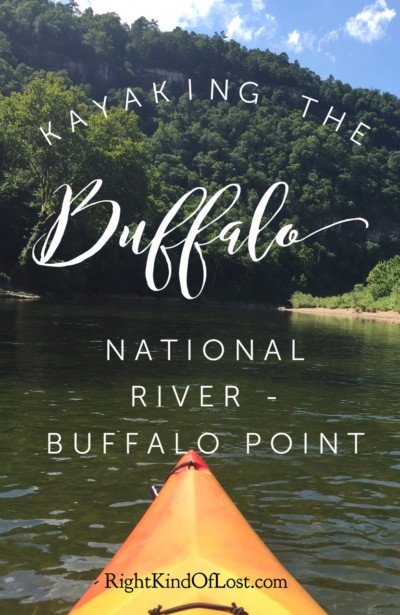