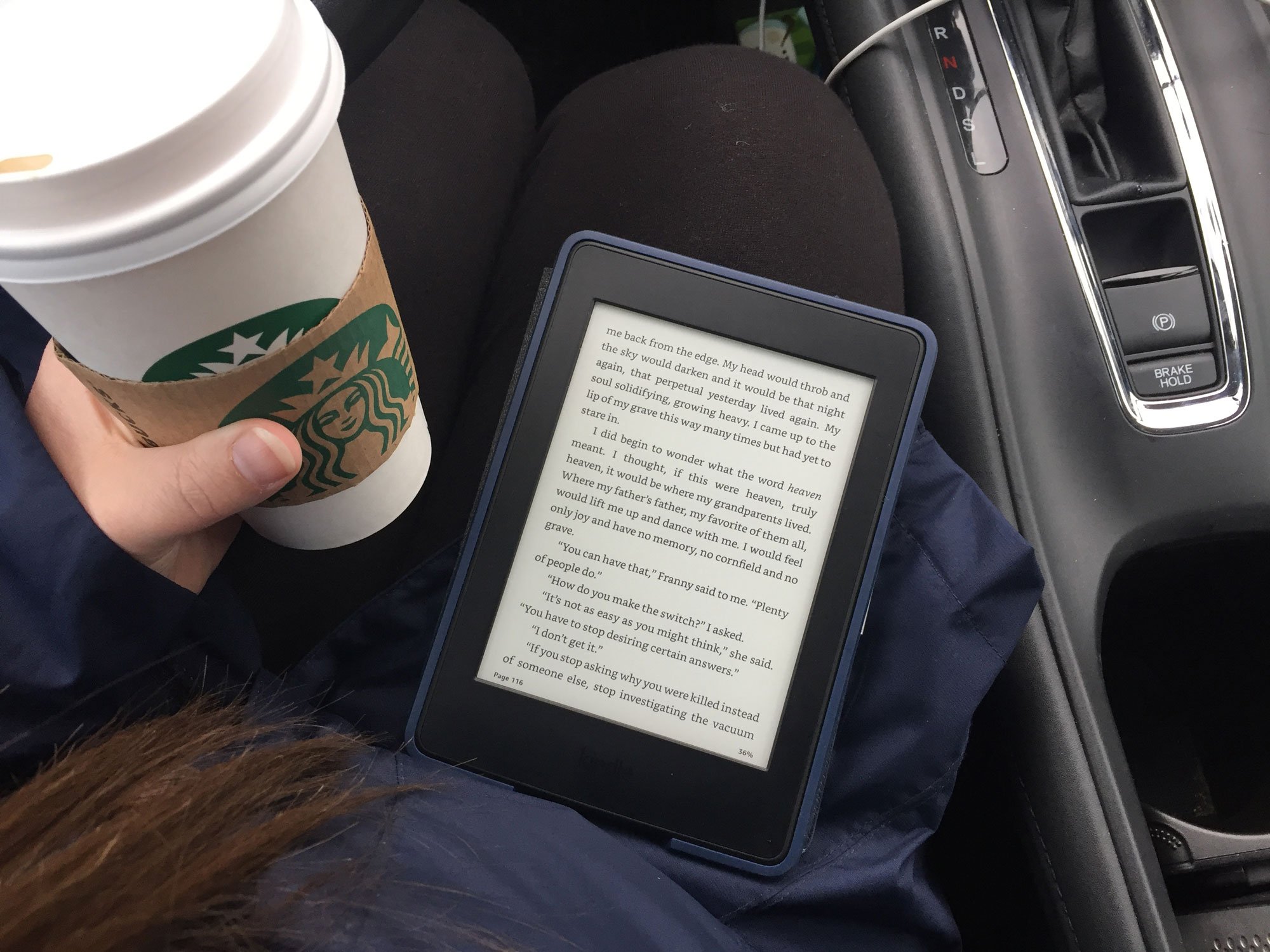 We all know a good non-fiction book about an adventure can inspire us to get outside and take our own adventure. I recently listened to “Grandma Gatewood’s Walk: The Inspiring Story of the Woman Who Saved the Appalachian Trail,” by Ben Montgomery and now I really want to thru-hike the Appalachian Trail. But as we read a documentary to inspire us to explore outside. Good adventure fiction books can do the same. Look how “The Hobbit” and “The Lord of the Rings” by J.R.R. Tolkien inspired everyone to adventure.

Below are three of my favorite adventure fiction books. Maybe they can inspire you to adventure too.

“The Nightingale” by Kristin Hannah

Oh boy, “The Nightingale” by Kristin Hannah is now my favorite book. After I listened to the audiobook from the library, I went out and bough a hardback copy so I can read it again and again. I wrote it off initially chick lit for the longest time. I also tend to stay away from stories about World War II, simply because it does not interest me.

Sisters Vianne and Isabelle face the terrors of occupied France by Nazi Germany during World War II. They both deal with the occupation and oppression in different ways, and their relationship is tested.

Although it is a fiction book the character of Isabelle is based on a real person. Andrée de Jongh was a member of the Belgian Resistance during World War II. De Jongh was instrumental in smuggling allied soldiers out of enemy territory. This included de Jongh crossing the Pyrenees both ways more than 30 times. Unlike today de Jongh and the others in the resistance did not have such luxuries as we have our fancy gear.

I laughed out load so much listening to this book. In fact at one point, I almost wrecked my car because it made me laugh so much. (And they say texting and driving is bad.) With a name like “The Hundred-Year-Old Man Who Climbed Out the Window and Disappeared,” you know it’s going to be funny, and a good edition to your adventure fiction books list.

Allan Karlsson flees the old people’s home where he is living on his 100th birthday. As the nursing home and police look for him, he ends up obtaining a suitcase full of money and meets up with criminals and an elephant for an unlikely journey. As you follow the police and Allan’s gang, you are given the life story of Allan, who you learn is quite a character.

Well not counting the obvious reason – a 100-year-old man forms a gang of criminals and travels the countryside of Sweden – you learn that Allan has had one adventurous life.

Allan not only befriended the not-so-smart brother of Albert Einstein, he also makes friends with U.S. presidents, and was behind the scenes of several key events in the 20th Century. He was sentenced to prison in Siberia but escaped because he was tired of not getting his daily dose of vodka.

If you are looking for an amazing adventure that will have you in tears laughing, this is your book.

“Circling the Sun” by Paula McClain

I first came across author Paula McClain in “The Paris Wife.” (Another book I put off reading because the name made me think it was chick lit, but then ended up loving it.) “The Paris Wife” is about Ernest Hemingway’s first wife, Hadley Richardson. I enjoyed the book so much, that when Paula McClain came out with her second book, “Circling the Sun,” I had to read it. With the story being set in Africa, I knew it would be great for my list of adventure fiction books.

Beryl moved from England to Kenya as a child in the early 20th century. She was abandoned by her mother and raised by her father and members of the Kipsigis tribe. Her unconventional upbringing shapes her into a bold and independent women. The story is set against the African landscape. Beryl becomes a horse trainer and pilot, both of which were very uncommon for women.

Beryl is wild and independent, and not one to settle for societal conventions. However, I will say she is not a likable character. I found her to be extremely selfish. This book is a historical fiction and like “The Nightingale,” is based on a real person.

However I did love to read about her and her accomplishments among the backdrop of the African bush. I loved that she could not be tamed. Another character, a friend of hers, sits at home and waits for her man to come home. Beryl doesn’t do that. Instead she pushes the conventions and has her own adventures. This I liked about her.

There are a few stories that can really stick with you and leave you thinking about them long after. For me an adventure fiction book is one that will do that. I love adventuring so much. So when I come across a good story that inspires me to get out I share them with everyone.

If you are looking for an adventure book club, check out Hike Like A Woman.

This post contains affiliate links. If you choose to shop through those links, you will support Right Kind Of Lost and be greatly appreciate! 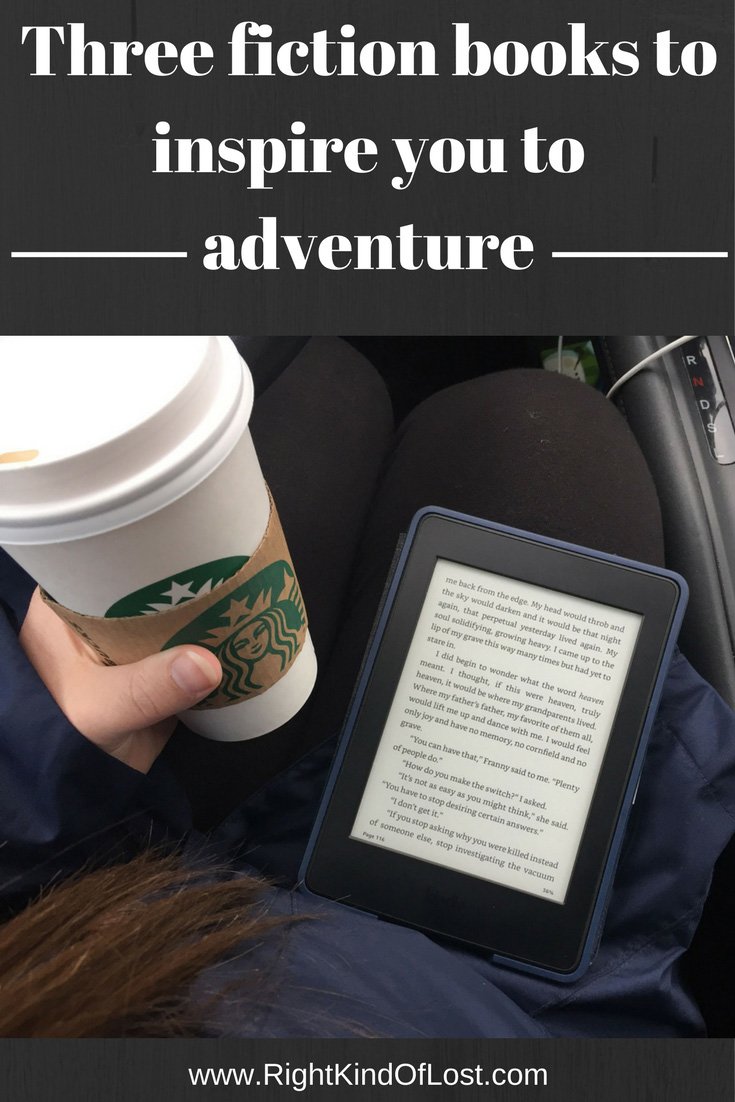