How I travel cheap

Travel does not have to be unattainable if you travel cheap 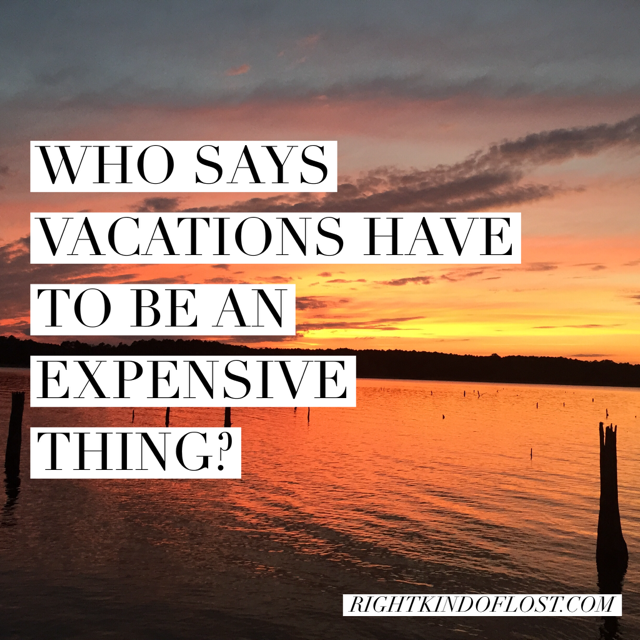 Traveling and exploring new places is something I find myself longing for pretty much all the time. And fortunately the travel activities I enjoy the most are the less expensive ways of travel. I used to daydream about traveling, but it was always a dream because I never believed I would be available to afford it. Then one day I started running the numbers and realized I could go and see the country if I travel cheap.

I took a road trip a few years ago from Arkansas to New Mexico and then up into Colorado near the Wyoming border. I traveled with my then-boyfriend, and the whole 10-day trip totaled about $250 per person. This trip however was slightly over the line of too cheap for my taste (literally we tried to save on food and it was gross). 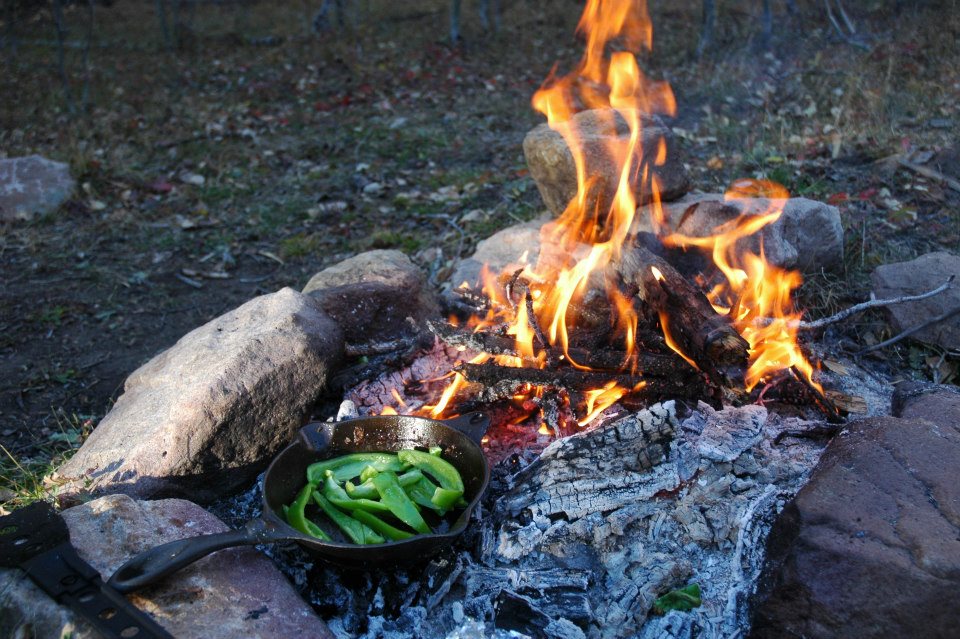 Before the food ran out and became gross on our New Mexico/Colorado trip.

Save on Lodging by camping

This will not work if you are planning a trip to the city. But for the outdoor adventurer, you can save a bunch of money by not staying in the lodge or cabin.

Most national park campsites cost about $20-$25 a night, well below the $100-$200 a night for hotel rooms. In the New Mexico/Colorado trip we stayed at campsites in the national forest, which were free so we did not pay a penny for lodging those nights. This might be roughing it too much for most people, because we also had no amenities. There were only two sites with bathrooms, and one of those was closed for the winter. 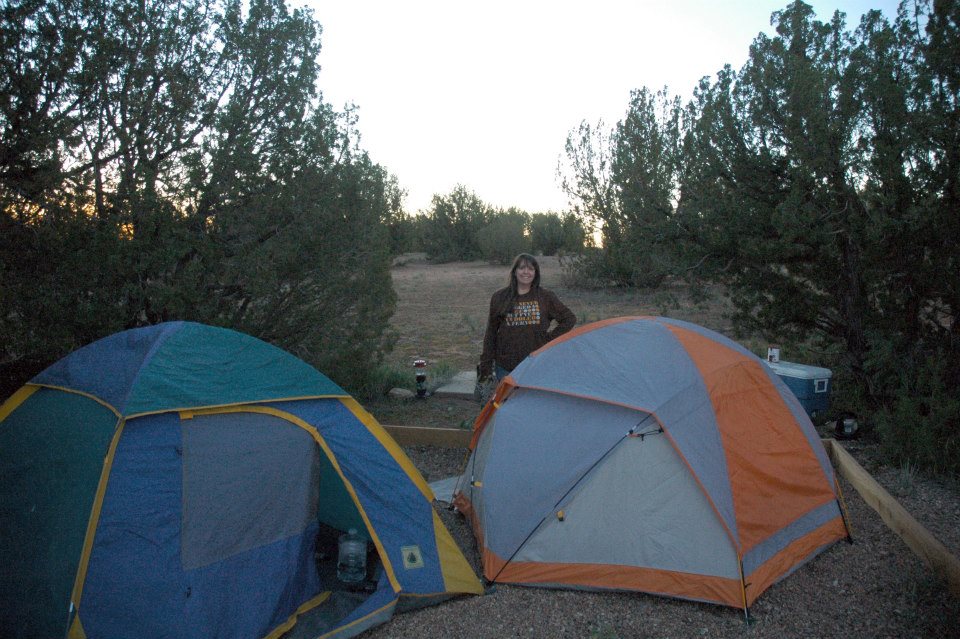 We did however opt for a hotel room in Frisco, Colo., because we were tired from driving all day and it started snowing. Pitching the tent in the dark and snow, all while we were exhausted, did not sound fun. I have to admit the shower and bed was very comforting.

Another time I overestimated myself was when we flew to Washington State. We had a six-hour flight to Seattle, and a three-hour drive to Olympic National Park. I did not account for the flight delays and time it takes to get out of the airport. By the time we got on the road we decided on a hotel and shorter drive. If we could not have afforded the hotel in our budget, we could have picked a KOA or state park that was closer to Seattle. 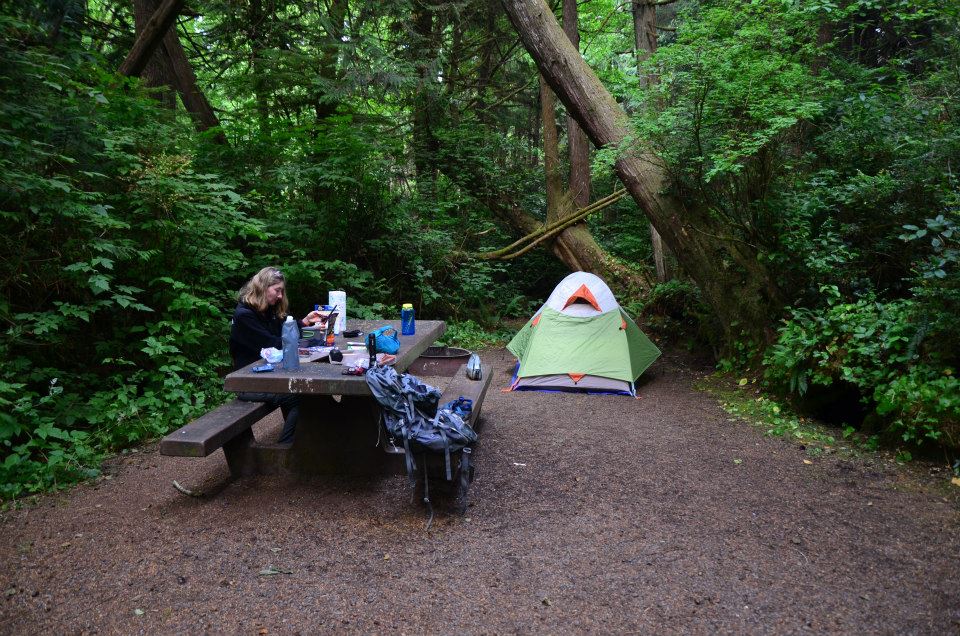 Lagena making dinner at a campsite in Olympic National Park.

On long road trips you can search for campsites along the way. In the New Mexico/Colorado trip, every night I wanted to opt for a hotel instead of pitching my tent, but I was always glad we didn’t (except for the night in the snow.)

I have been on trips with my parents where we packed sandwiches and ate at picnic rest areas, but since we eat freeze-dried mountain meals and sandwiches most of the time, we stop at a reasonably nice sit-down restaurant. Lagena and I spent a week in Washington State, and our grocery bill came to about $150, so that was $75 a piece for three meals a day for five days of food. That is $5 a meal. 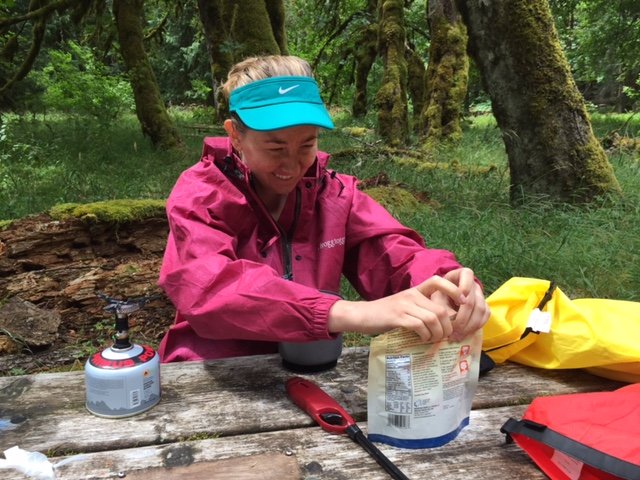 The down side was the Walmart in Aberdeen, Wash., only had three flavors of freeze-dried mountain meals. By the end of the trip, we were saying we did not care where we ate as long as it was not chili mac, lasagna, or beef stew. I also get very tired of granola bars and peanut butter sandwiches. 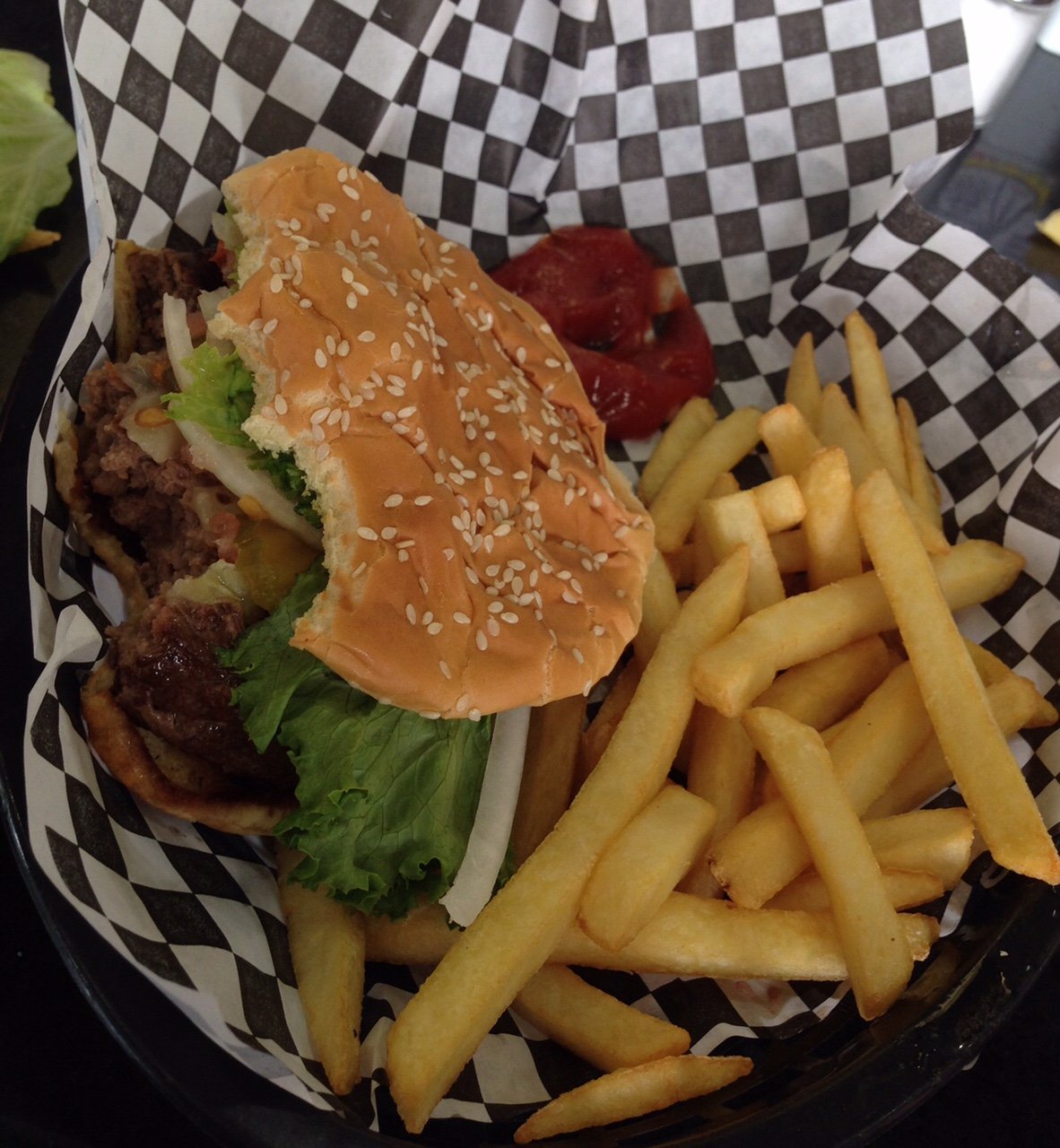 A bison burger on our road trip from Wyoming and Montana.

One thing to remember, you get tired of eating the same thing over and over, so budget for extra meal money. When you get off the trail or stop from a long drive, you might plan to eat a peanut butter and jelly sandwich, but Applebee’s just sounds so much better.

If you are planning a trip that includes hotels or resorts, check for Black Friday specials. This winter Crystal and I are going skiing in the Taos, N.M., area. I have always wanted to try skiing, but it is so expensive. Angel Fire Resort ran a Black Friday special for half off the room rate, so we saved about $600. We also purchased a Black Friday bundle of six days worth of lift tickets that were also half off, saving $230. The down side to the special is we had to go within a two week window, which was about two weeks before our planned trip, but that is where being flexible can help.

People tell me I must be wealthy because I travel. But the truth is I live with my parents, and the money I would spend on rent and utilities, I save for vacations. I also do not spend as much money on entertainment as I used to. Going out can add up, so I limit it to Friday and Saturday, and most of the time we do activities that do not cost, like hiking or kayaking. 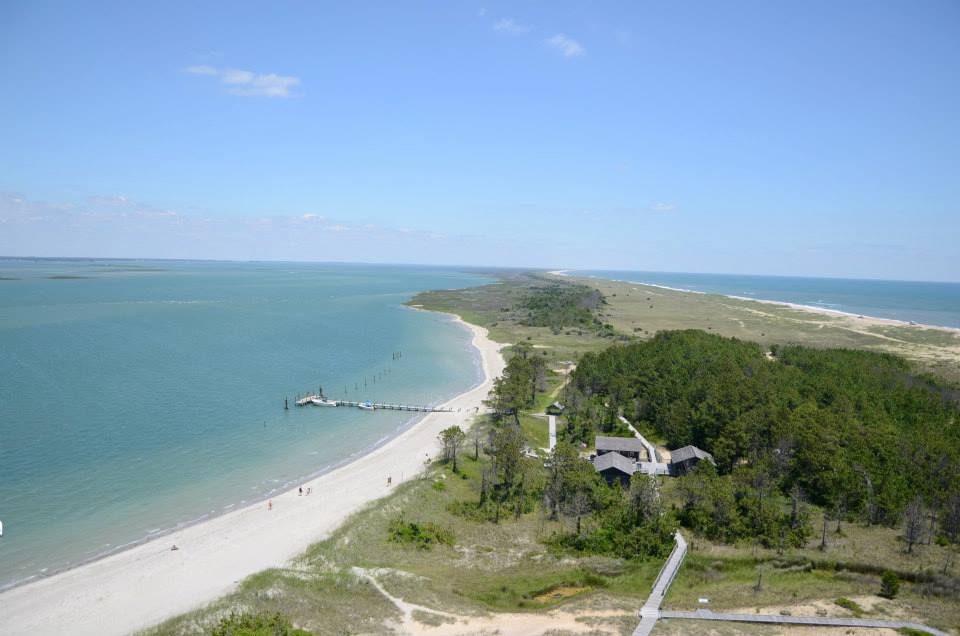 The view from the lighthouse at Cape Lookout National Seashore in North Carolina.

All those fun outings, liked guided rock climbing trips, can add up, so you want to narrow them down, but don’t lock yourself into something unless you are sure. On a trip to North Carolina, Crystal and I thought about sea kayaking. The coast was at the end of our trip, and by the time we made it to the beach, we were worn out and just wanted to sit on the beach. Also, not tying yourself to plans, helps you splurge on something else you want that you did not foresee. However, sometimes you can save a lot of money by making reservations ahead of time, so you will need to weigh your options when planning.