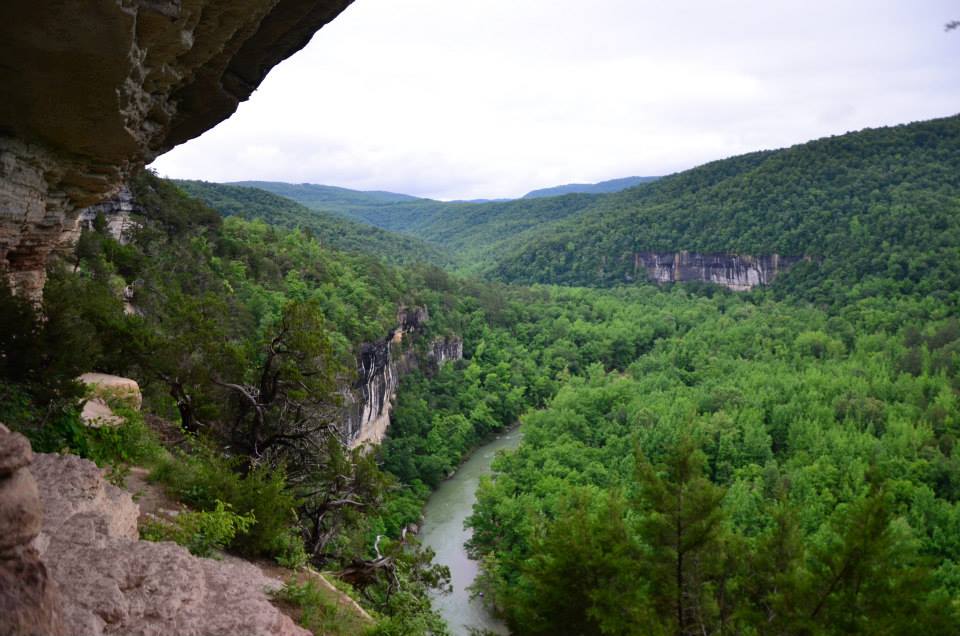 The Buffalo National River, located in northwest Arkansas, is the first river to be designated a national river. It is also the one of the few undammed rivers in the lower 48 states and is managed by the National Park Service. Because of this the river flows freely for 135 miles through one of the most beautiful valleys I have ever seen. Thank God for conservation efforts that kept this serene setting untouched by modern man.

The Buffalo National River was established in 1972 by an act of Congress that put a halt to the U.S. Army Corp of Engineers’ attempts at building a dam on the river.

Some of the state’s nicest hiking trails are located in the Buffalo National River area. With about 16 campgrounds located along the river, there are plenty of places to pitch a tent. The park’s website can be viewed by clicking here. 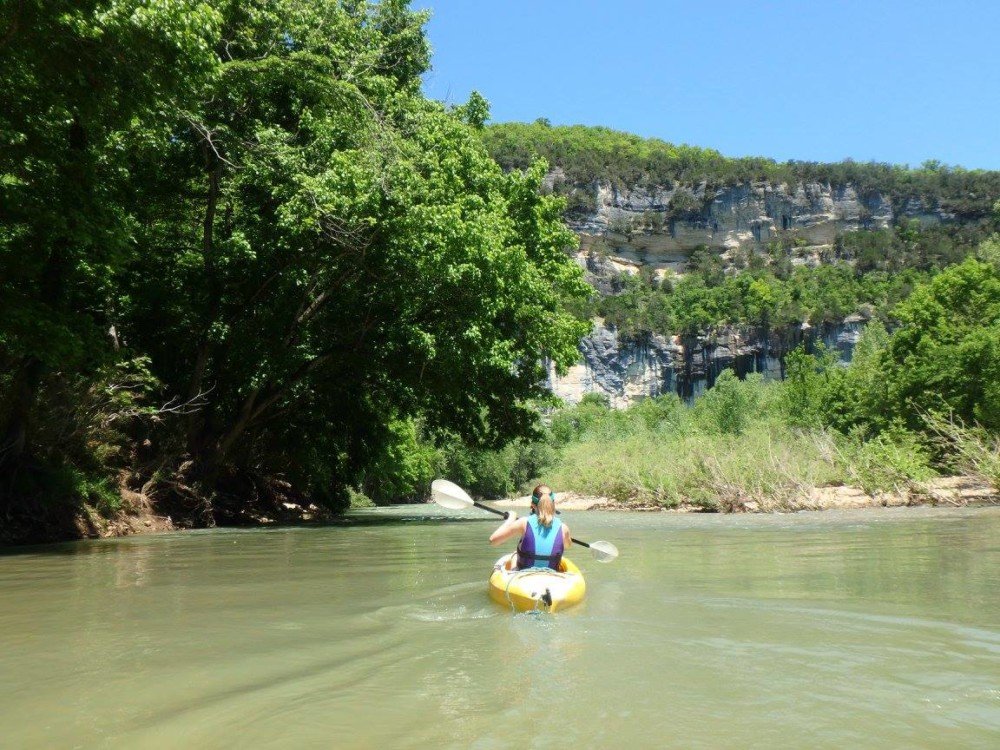 Because of it’s natural beauty, the Buffalo National River is one of the best rivers to float on Arkansas.

When springtime comes in Arkansas, people flock to the rivers because the warming air and seasonal rains make it prime time for floating. I was itching for a river float. Crystal, Lagena, and I live in nearly every corner of the state and made plans to meet up on the Buffalo National River for a float trip on Sunday. 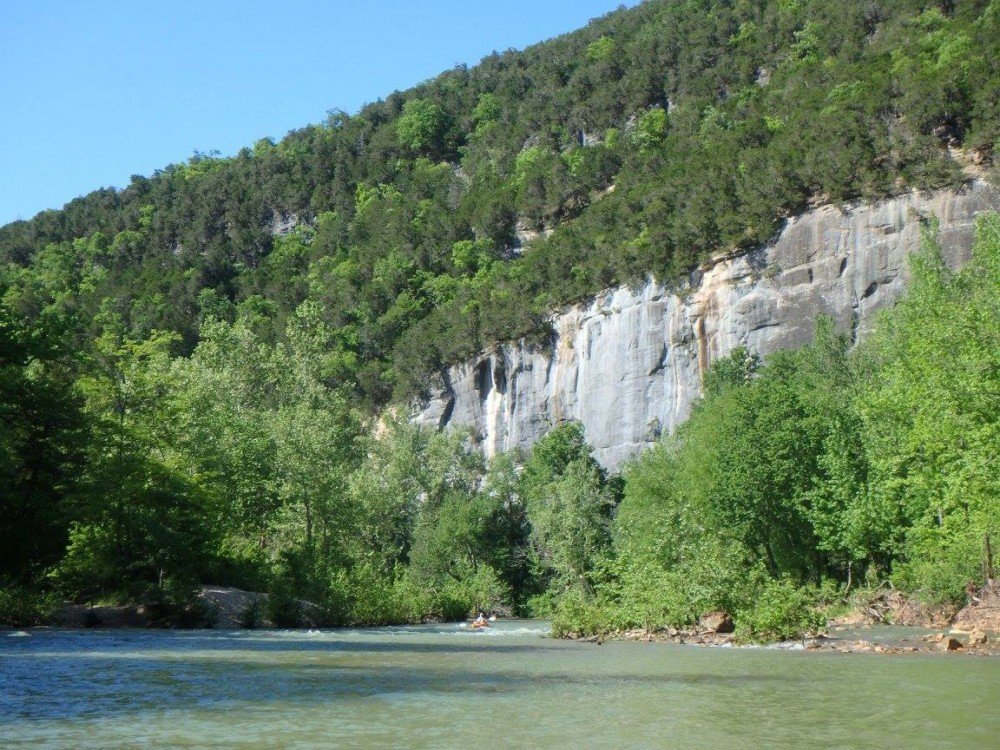 Heavy rains had come through Arkansas on Friday. So we decided to play it by ear on which part of the river to float because we didn’t know where on the river the water level would be best for floating.

Saturday afternoon we chose to float the lower Buffalo National River because the river level gauge (found here) was showing floating conditions as moderate. However, right before bed Saturday night I checked the gauge again, and the river level was high for the whole river. 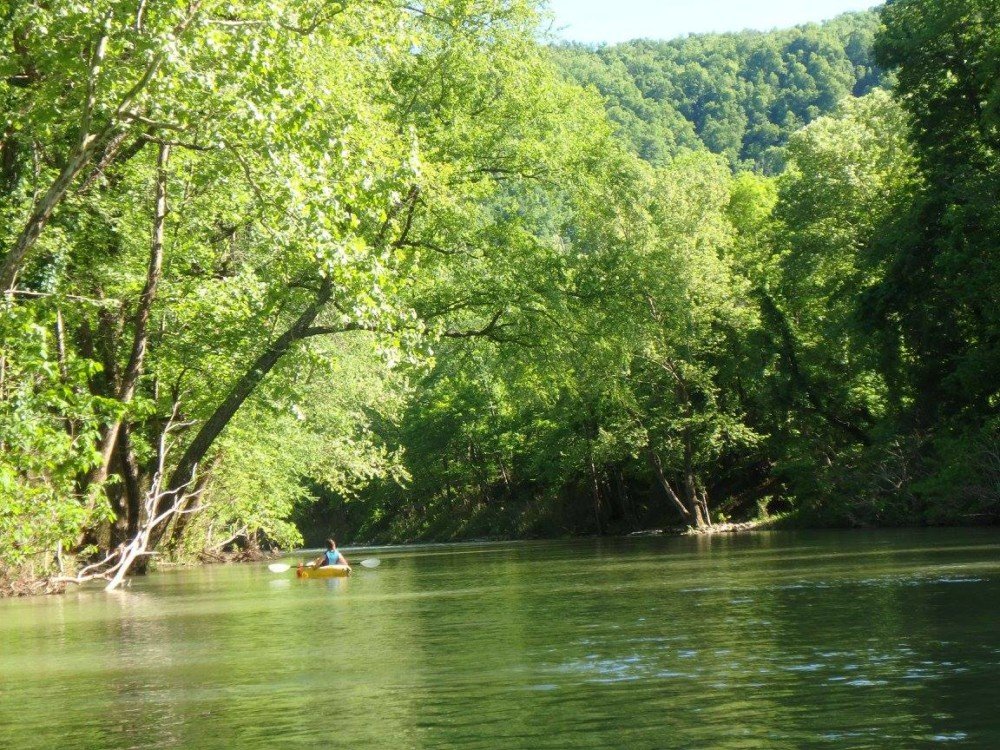 The concessionaires that rent kayaks and canoes, stated on their websites that when the river was high, they would only advise experienced paddlers to float. Well, I wouldn’t consider myself experienced and Crystal had no experience. This was her first float. Around midnight, Lagena and I decided we could try another river, but we probably should just hike. I was disappointed, I really wanted to float the Buffalo. 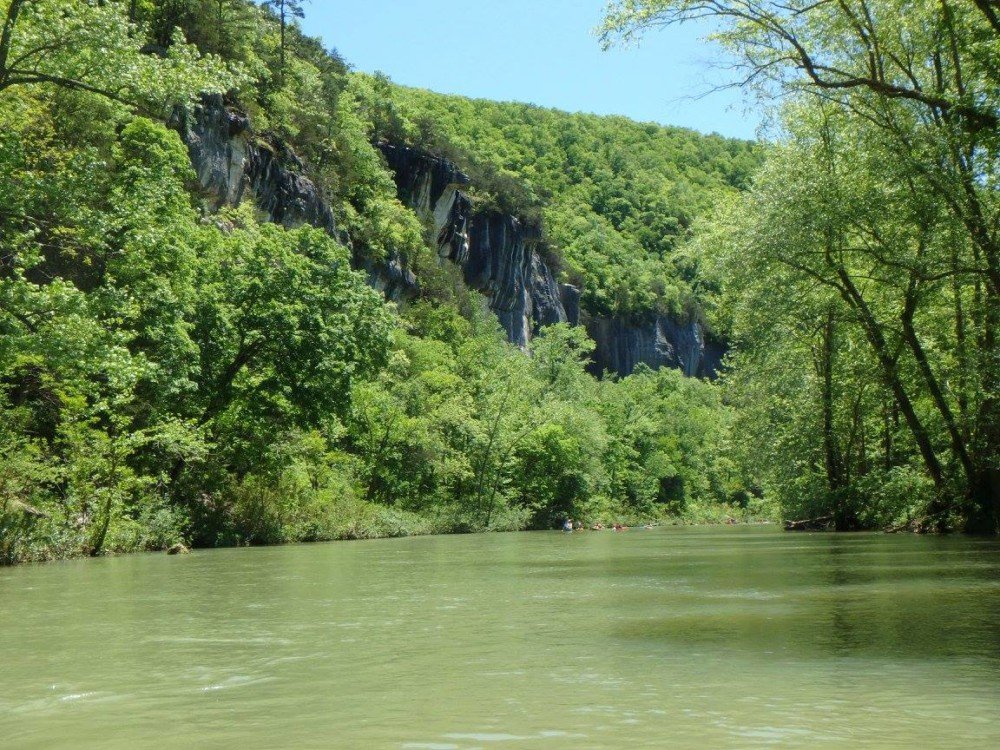 But the next morning, I checked the gauge in hopes that the river level had fallen, and it had! From Ponca to Kyle’s Landing on the Upper Buffalo, the river level was moderate. I was elated because this was really the area I wanted to float in the first place. The distance from Steel Creek to Kyle’s Landing campgrounds is eight river miles, which is about a four-hour float. It was perfect. A map of the park with river mileage and campgrounds can be viewed here. 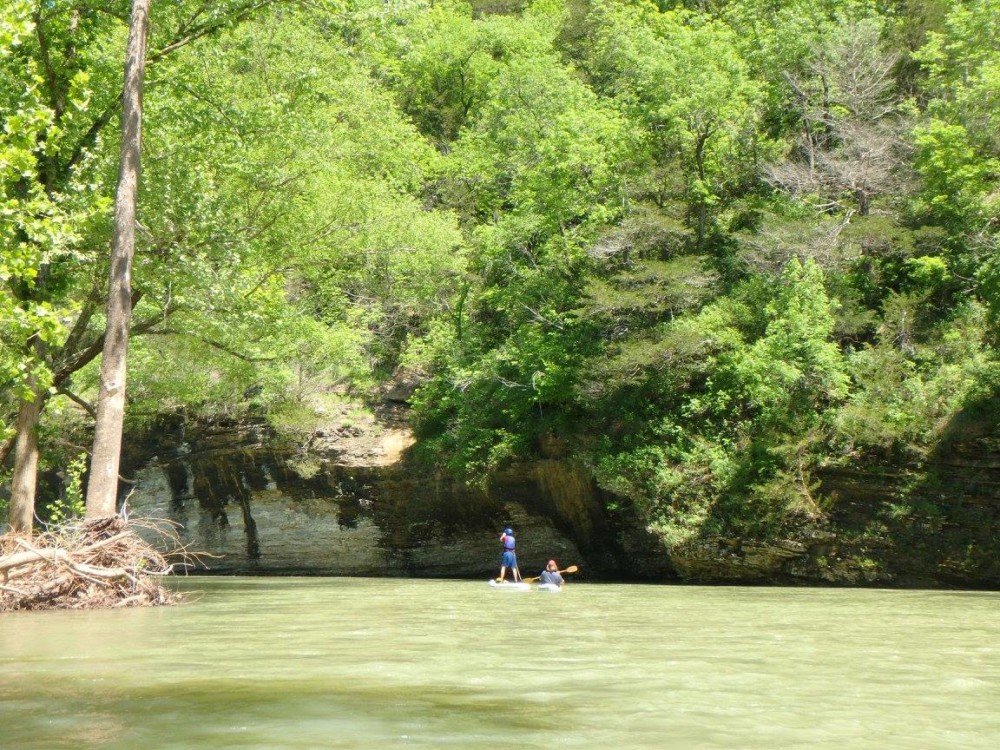 We met up at Kyle’s Landing, piled in Lagena’s pickup and drove to Steel Creek, where we launched. Lagena and I, well mostly Lagena, explained the basics of kayaking to Crystal.

It was a beautiful blue-sky day with optimal floating conditions. We couldn’t have had it better.

At the first set of rapids, I was actually a little scared, but we made it through fine, and I had hope for the rest of the trip. 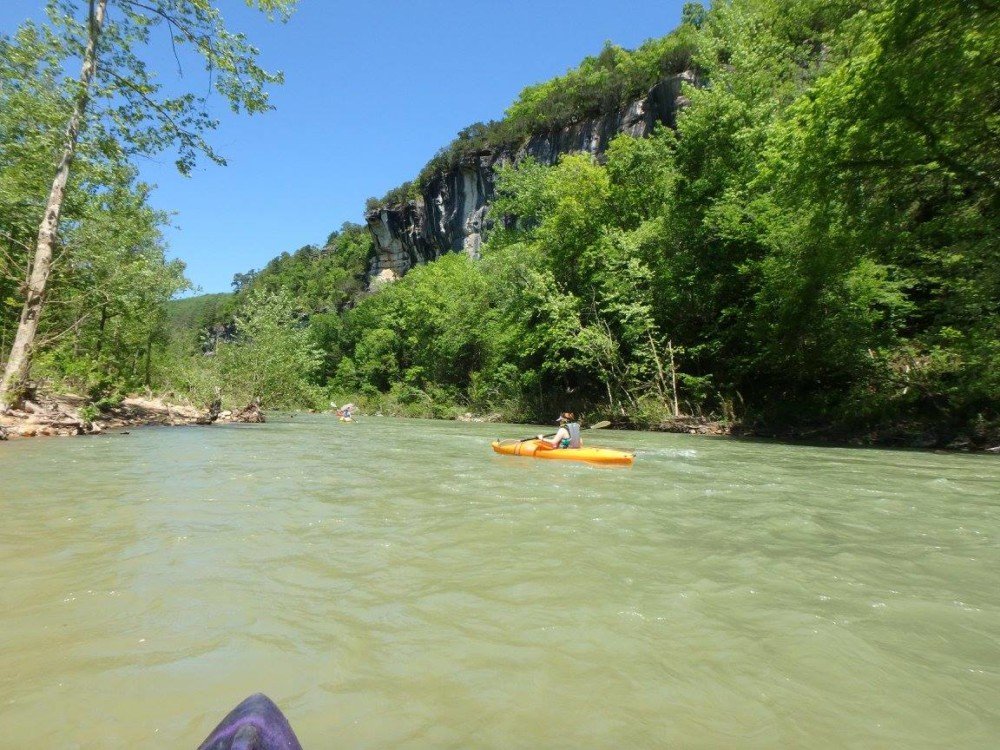 What makes the Buffalo National River unique from other rivers in Arkansas are its massive painted bluffs. We launched from Steel Creek and the river took us right toward a beautiful bluff named Bee Bluff. Here the river curved and headed north along Bee Bluff, where it became more calm.

The river snaked again, and we traveled east, and took in the view of Big Bluff, which lives up to its name. When hiking in the Buffalo National River, a spur trail from the Centerpoint Trail takes hikers to the cliff edge of Big Bluff. It is narrow with a long way down, but if you are not afraid of heights, the view is amazing. It is one of the best vistas of the Buffalo National River valley, I have seen. 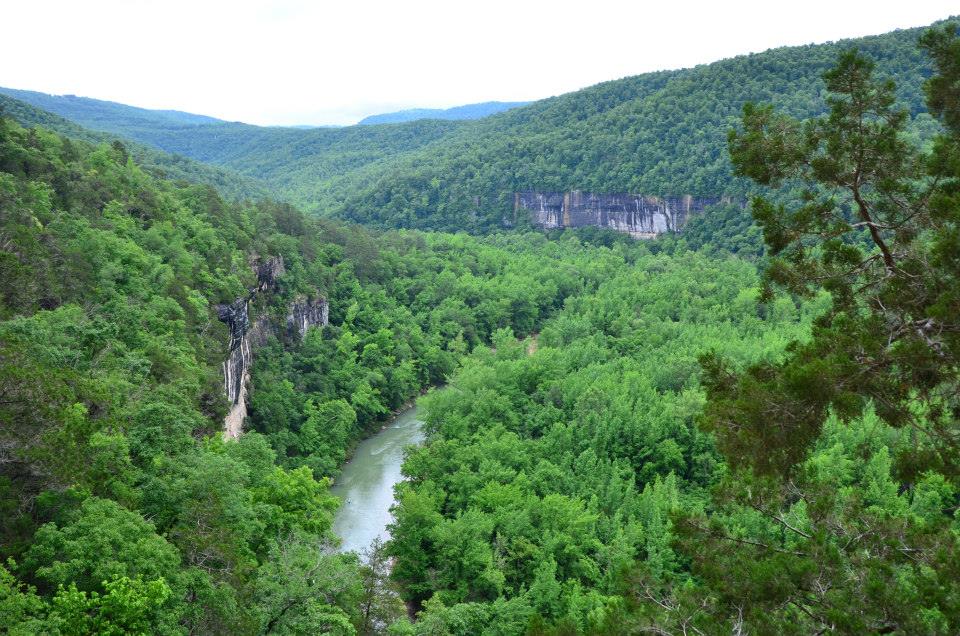 Floating toward it, I squinted my eyes and looked for hikers along the ledges of the bluff. Lagena spotted a red dot and said “Oh, there’s someone up there!” I squinted tighter and saw them way up there. 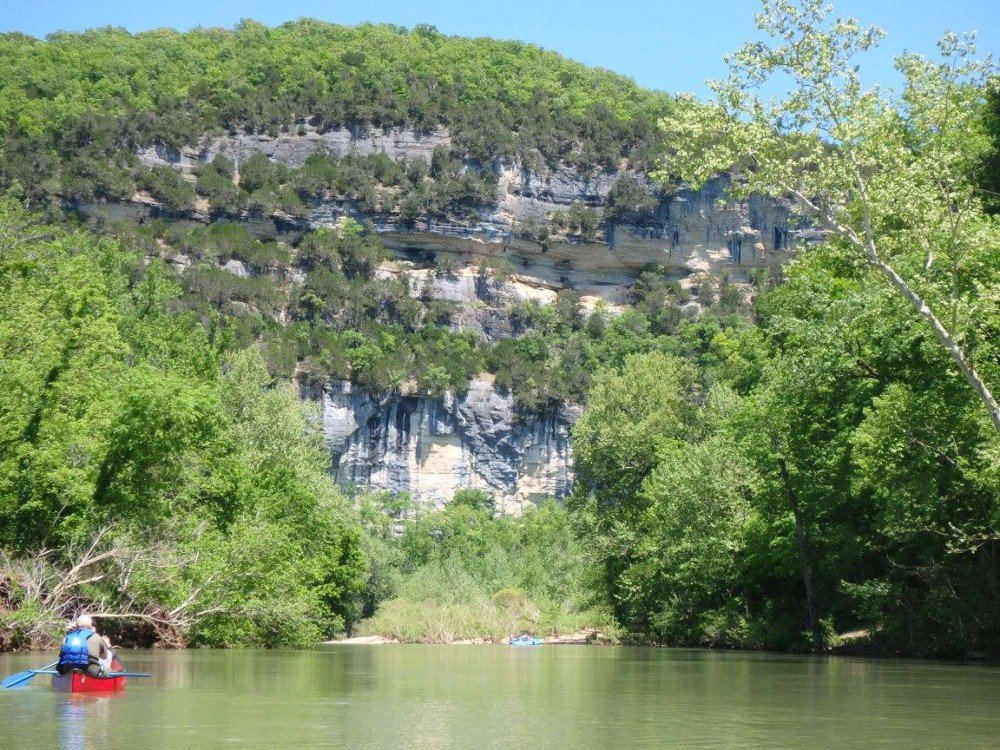 Just before the river bends at the base of Big Bluff, there is an old house on the south side of the river, according to the map. We did not get out and look for it. Maybe next time.

The Old River Trail takes hikers back and forth across the river, and on a day when the river is low can be easily hiked. Just don’t forget your river shoes and trekking poles.

After we passed Big Bluff, we began looking for the hiking trail to Hemmed-In Hollow falls. Hemmed-In Hollow is the tallest waterfall between the Appalachian and Rocky mountains at a height of 209 feet. 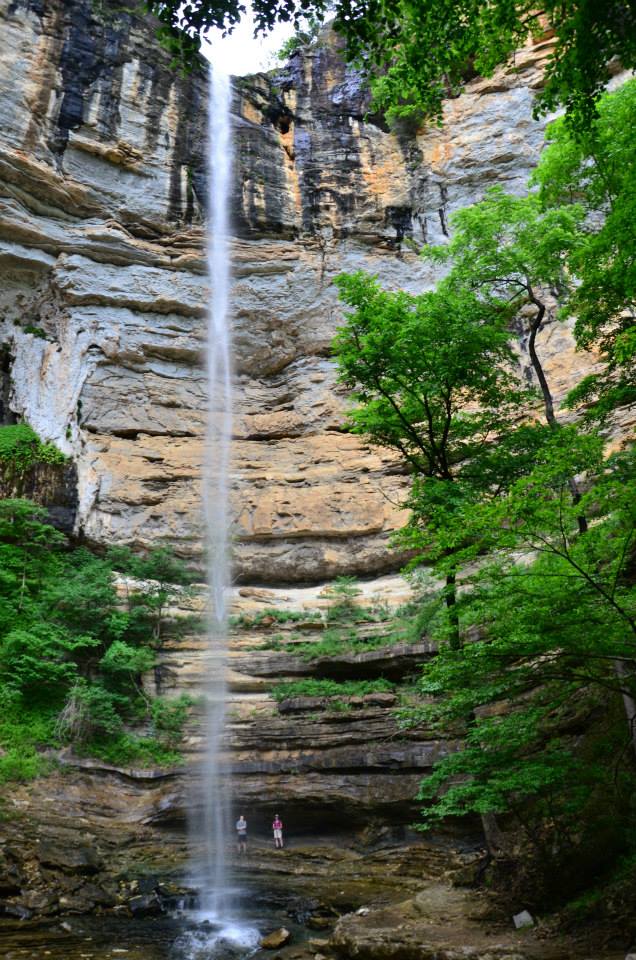 Just before the trail to Hemmed-In Hollow, we floated past Jim’s Bluff. The bluff is not as high as Big Bluff, but as we floated past, the ground water was raining down from the bluff into the river. Here the river splits, and we could have floated under the bluff or around to the right. I did not want to get rained on by cold water, so I opted for the other way which also looked like calmer water.

The trail for Hemmed-In Hollow is on your left and marked with a sign. You can also tell by the plethora of canoes and kayaks on the bank. The water was moving swiftly here, so we pulled on the bank further down where it was calmer. We did not hike to the falls because we did not have the time, and Lagena and I had been there before. But it was good place for lunch.

We had to use the restroom, or bushes, but the area was so populated we decided to kayak across the river and down stream a little ways to go in a more private area.

When we got back in our boats to continue down the river, Lagena began to sink. She then realized she left her drainage plug at our lunch site … up river. I attempted to kayak upstream but the current was too strong, so I pulled up to the bank and hiked back up. Fortunately I found the plug. I teased Lagena saying no matter what else happens at least I didn’t sink my boat.

A short ways down the river, Lockhead Barn can be found at the south bank, according to the map.

We soon came to a treacherous set of rapids and I saw several people and boats in the river. I made it through but saw a man helping Lagena empty the water out of her kayak. I tried to stop but the current was too strong and I simply yelled “I’ll see you down river.” I looked back to see Crystal had made it through without tipping. We came to a sand bar to wait for Lagena. 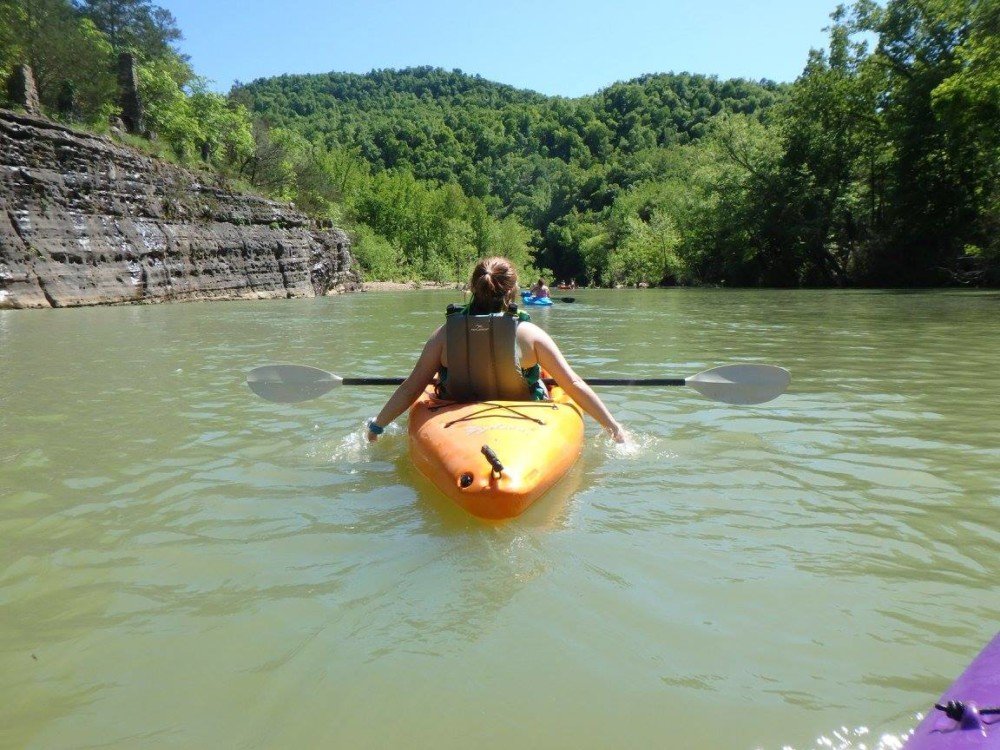 When she pulled up, I asked her if she tipped and she answered “Twice!” and that she needed a break. She had a skinned knee and bruise on her back from hitting a rock. She said the second time she tipped she hit a tree. We sat in the sun and warmed up, before continuing on. 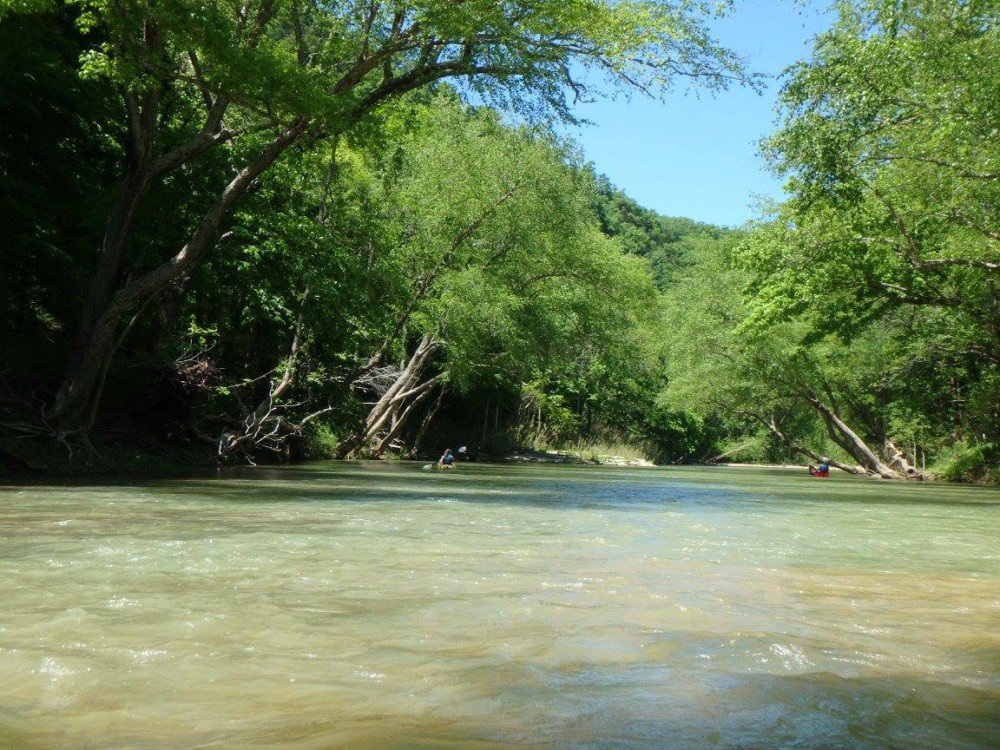 We went through several more rapids and my kayak, which is not designed for rivers but lakes, took on a lot of water and I had to empty it out often.

As we came close to Kyle’s Landing we could smell hot dogs grilling and it made me sorry we weren’t camping.

The three of us had so much fun, and Lagena said even with the tipping and bruises she would do the day all over again. 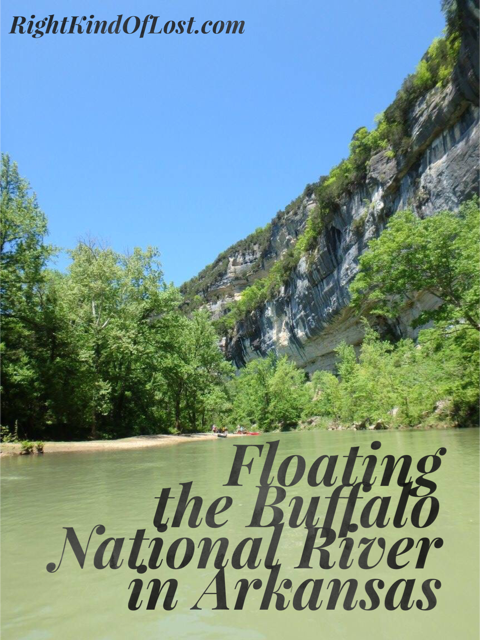