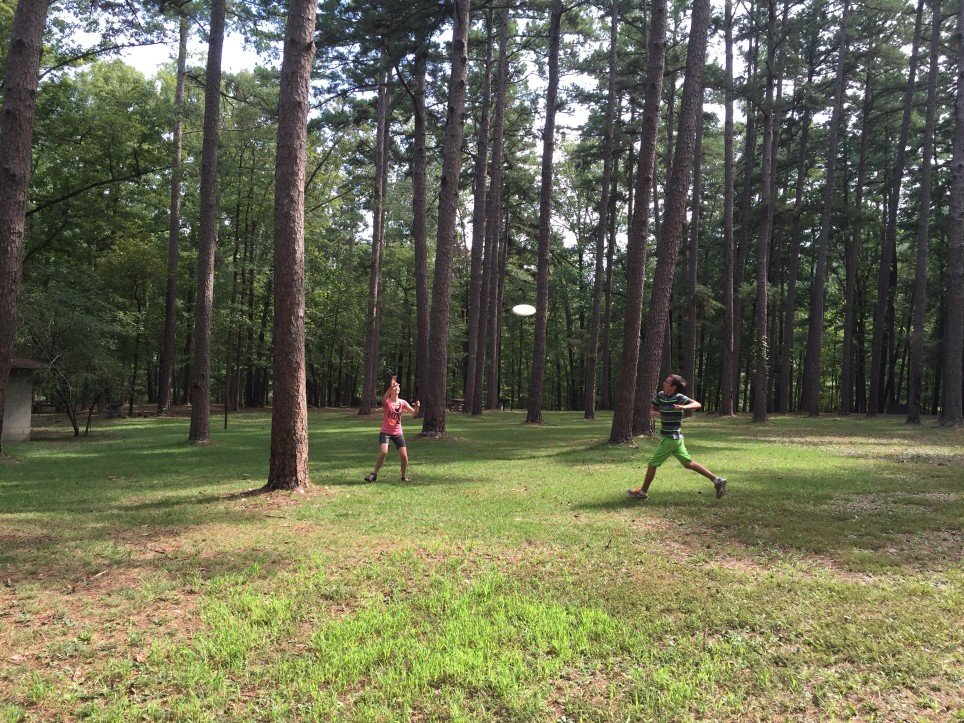 One of my favorite things in life is getting together with my whole family. In addition my parents, I have a brother and sister, and now that we are grown, a brother-in-law and a sister-in-law. I also have a 13-year-old nephew. It’s not that often that all eight of us get together.

Labor Day was one such occasion. We also added my good friends Zach and Lagena, for a total of 10. I noticed that out of my brother, sister and me, I am the one who constantly invites friends to family gatherings. I would say it is because I’m not married and want to bring someone, but I’m sure if I were married, I would still bring my friends.

Zach, Lagena and I got a campsite at the Ouachita National Forest Service campground, Charlton, which is located on U.S. Highway 270, just east of the Garland/Montgomery county line. Charlton has a spring fed creek that is extremely cold, but refreshing on a hot summer day. My brother chose the location because he wanted to swim in that creek. 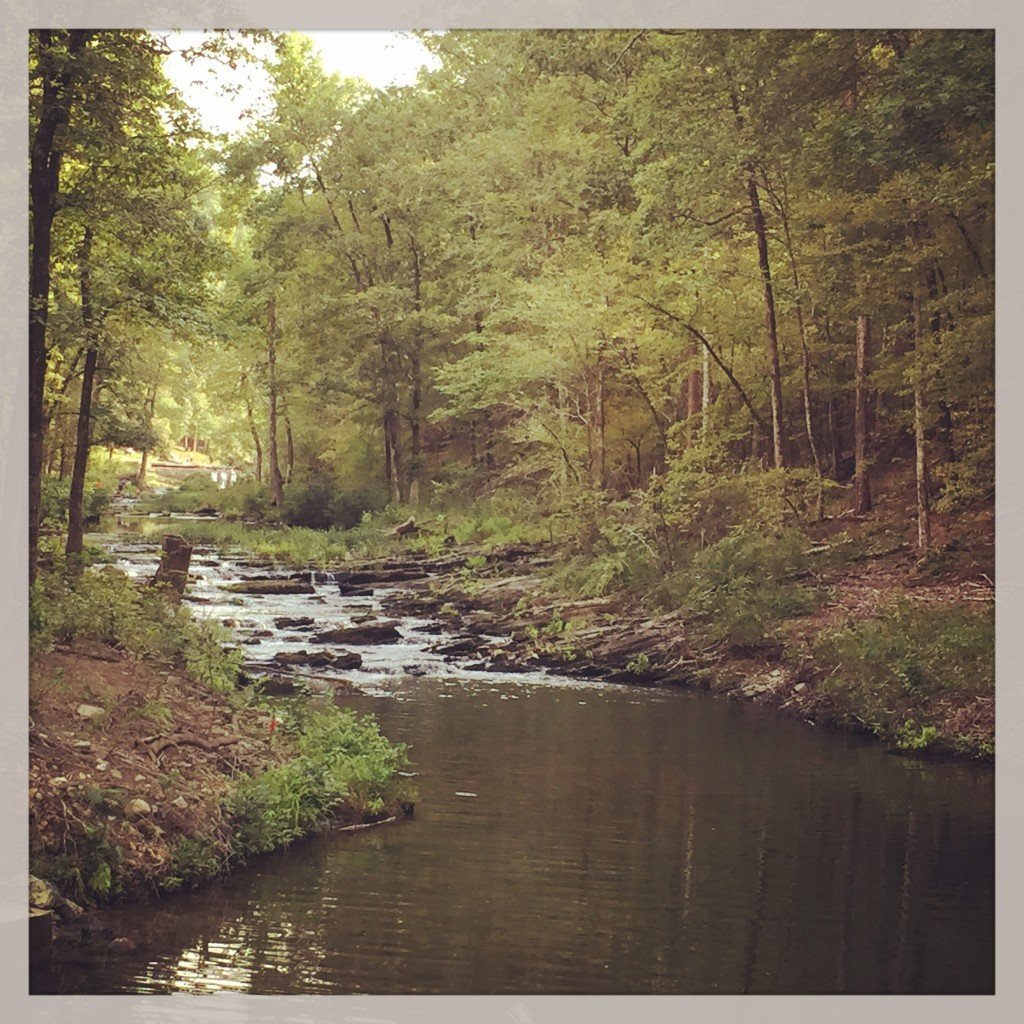 Lagena and I drove up Sunday afternoon, and I was sweating finding a spot on Labor Day weekend. The week before I had checked all the campgrounds on Lake Ouachita and they were all booked for Sunday night. Charlton is on a first-come-first-serve basis, but also a less popular spot because it is not on the lake.

When we drove up to the tent-only sites and … there was only one taken! We not only got a spot, we almost had the whole area to ourselves. After staking our claim, not that we needed to, we drove back to Lake Ouachita to meet Zach and my sister and brother-in-law to go out on the boat.

Back at camp, Lagena and I were in charge of getting a fire started and beginning the fancy hot dogs while Zach put the boat up. I had just bought an ENO Hammock, and, well, I got distracted. By the time Zach got there, we had not even soaked the charcoal. It also must have rained, hard, while we were out on the lake, because everything was soaked.   It was hard to tell if it had stopped raining because the water kept dripping off the trees and onto us. 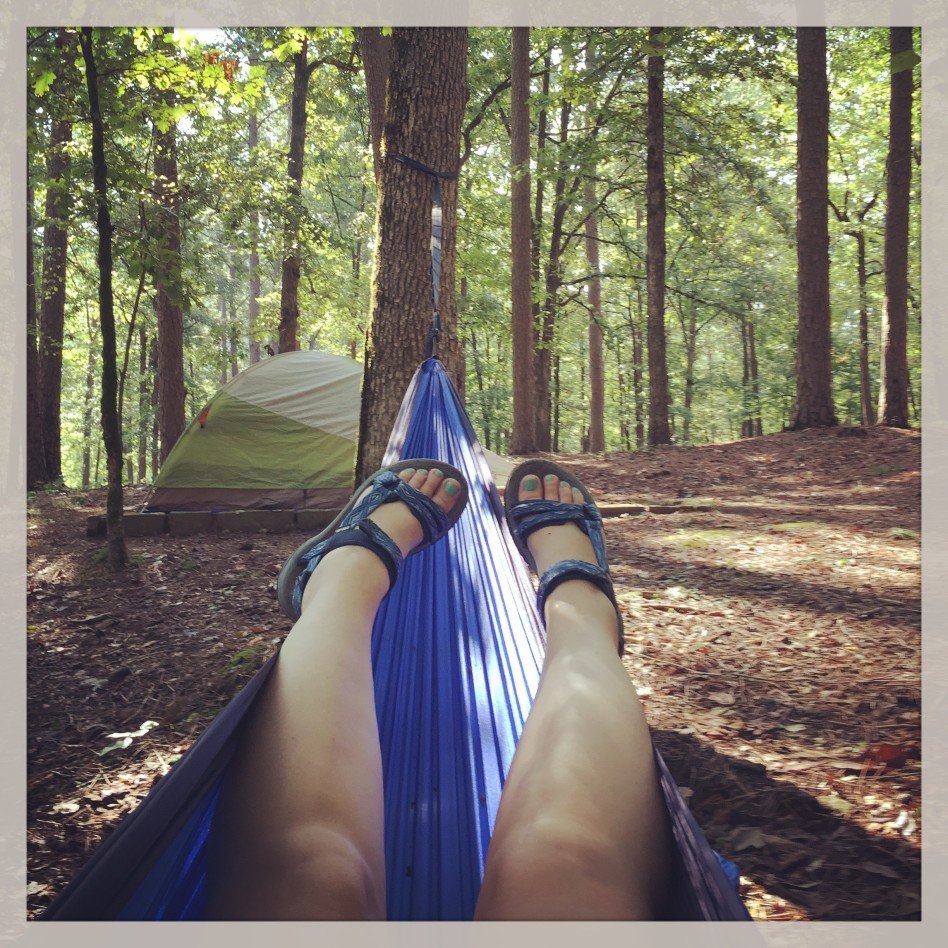 Lagena and I are fairly lazy campers when it comes to food. We generally eat Mountain House freeze-dried meals because all you have to do is boil water, and they taste like homemade. Zach on the other hand is not so convinced. For dinner he came up with what I now call “fancy hot dogs.” He started by cutting a slice into the hot dog and filling it with jalapenos, onion and chive cream cheese and cheddar cheese. We wrapped them in foil to keep the cheese from oozing out. He also cut up and onion, wrapped it in foil and placed it on the grill. When the hot dogs were done, we put them in a bun, topped with the onions and slices of avocado. I’m pretty sure it was the best hot dog I have ever had. 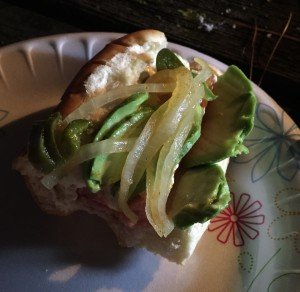 The outcome of the hot dogs.

For dessert we attempted “fancy s’mores,” but we came to the conclusion that we had defected marshmallows. The idea was to roast marshmallows and place them in between two fudge-striped cookies. The food was left in the hot car all day and the marshmallows sort of melted. Peeling them apart was not the problem, but when instead of roasting, they just melted.

Because I forgot to grab a sleeping mat and the idea of sleeping on the rock-hard ground did not sound appealing, I decided to try out the hammock for an all-night slumber. I was skeptical of them because I’m a side sleeper and toss and turn, however I was pleasantly surprised at how comfy it was. The temperature was warm but I ended up in my 50 degree sleeping bag later in the night and I was nice and toasty. The only draw back was the dripping! Just when I would start to fall asleep, “Splat!”, right on my face. 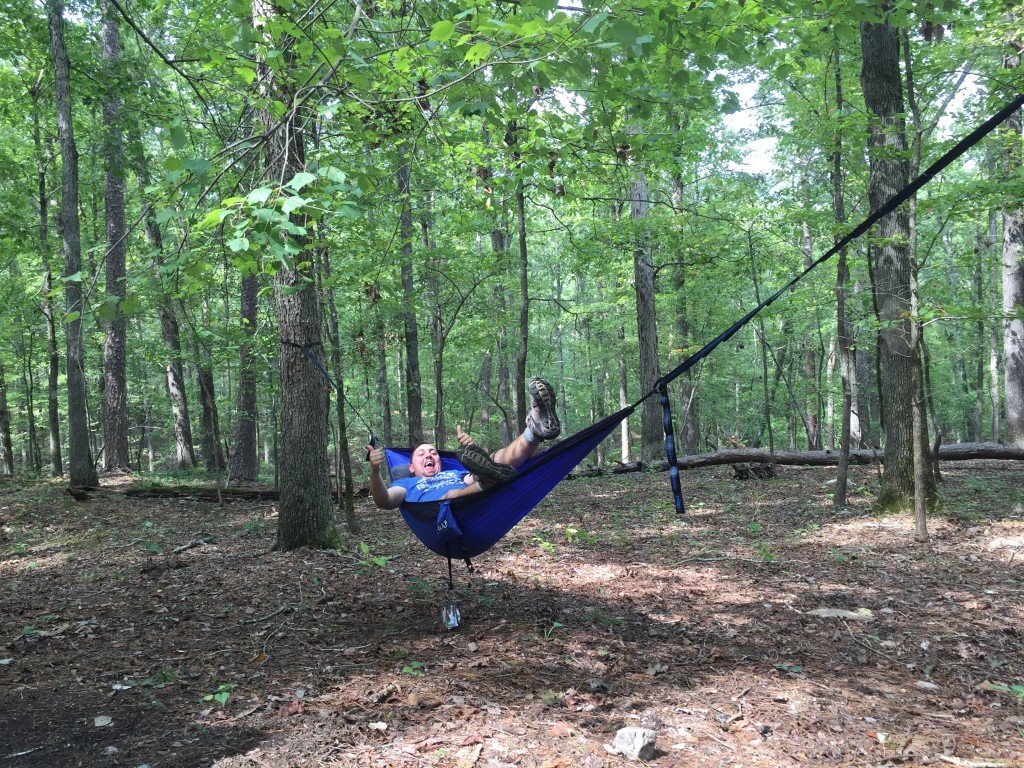 My brother goofing off in the hammock.

The following day I expected my family to arrive around 2 p.m. They all told me they would be there at noon, and so I added two hours. There’s a running joke in my extended family about the Kuhns always being late. I assured Zach and Lagena that we had plenty of time before they arrive, but to my surprise they all showed up right at noon!

After lunch we played Frisbee in an open area of the campground, which was followed by swimming in the creek. Lagana, my dad and I went to a location further down stream from the swim beach because my dad and I had our dogs, which are not allowed anywhere in the day use area. I am not sure why. I can understand keeping them off the beach, but the whole day use area confuses me.

Lagena and I got in water and last about five minutes before we deemed it too cold to swim, even for a hot September day.

Everyone stayed until late in the day, which made me happy. I did not want the day to end.