What to do with 48 hours in Chicago 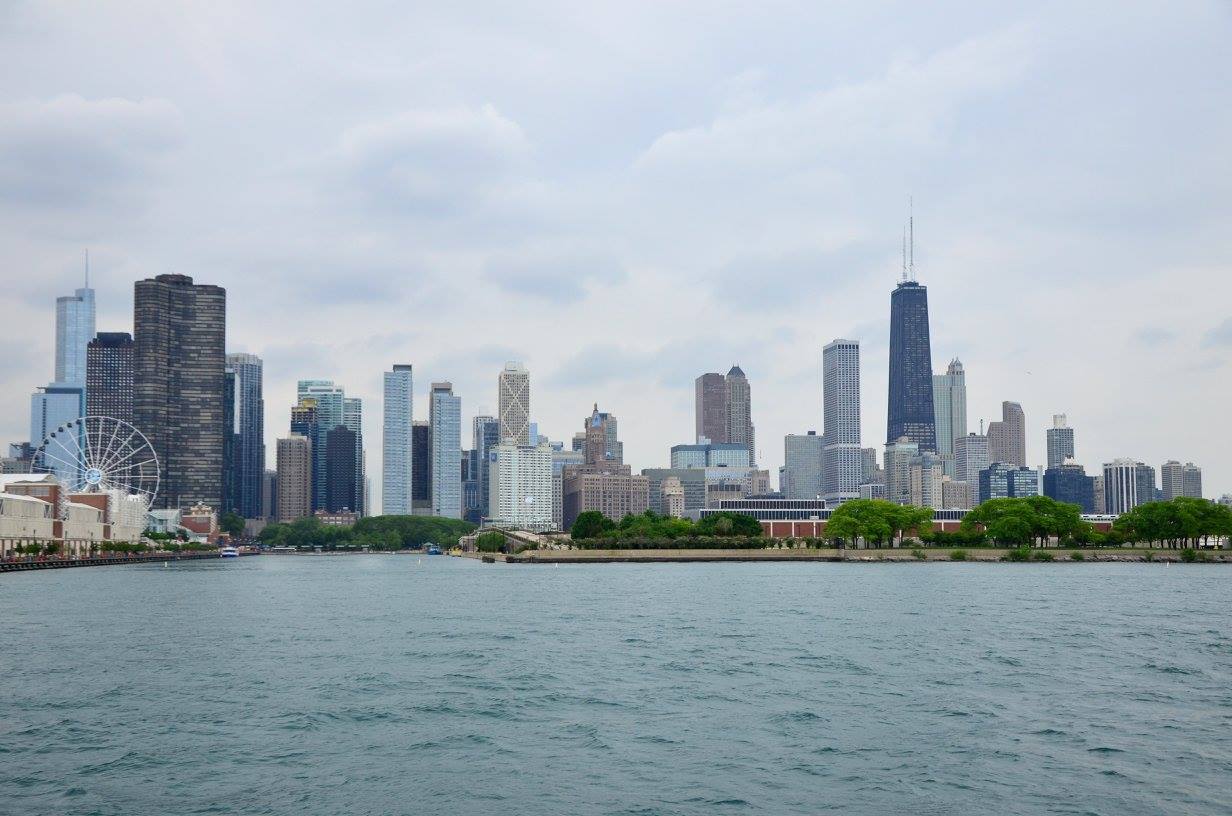 One of the attractions of traveling to a large city is that the city offers so much. But sometimes you don’t have enough time to see everything the city has. This last summer I traveled to Chicago twice, but both times I only had two days to explore the city. 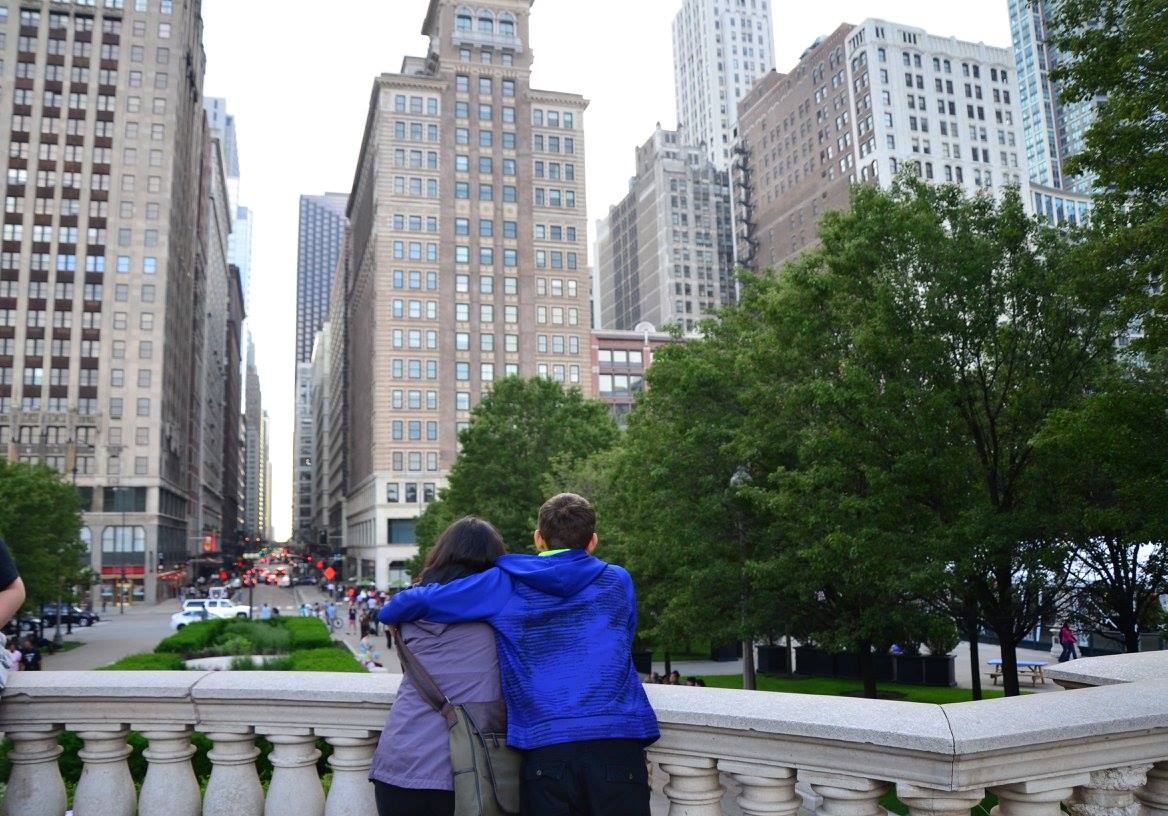 It’s hard to pare down what you want to do when it can take a half of a day or more just to go through one world-class museum. It can also be overwhelming when perusing the promotional material and finding so many sites you want to see. 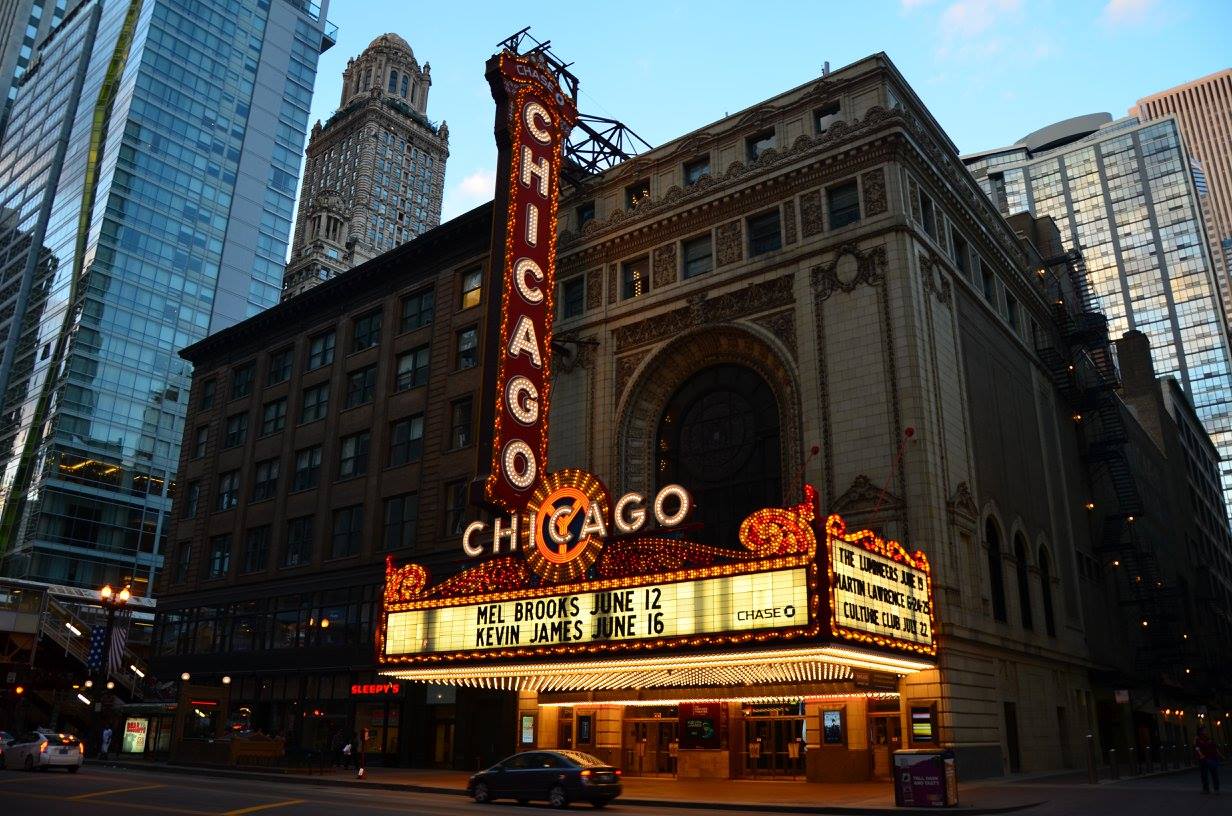 I had the advantage on my second trip to have already explored the city only a month and a half before. My sister, Leah, and nephew, Noah, went with me at the first of June. For the second trip, Lagena and I stopped by on the way home from Michigan in late July.

Breakdown of my two 48-hour trips to Chicago

It was much easier planning the second trip because I already learned several things like public transit. Just for the record, something might be a short distance, but can take forever to get across town in a large city.

When traveling to any large city, it’s always good to familiarize yourself with public transit before you go. Lagena and I made this mistake in Seattle. We got on the wrong bus, and we had to walk a mile back to our hotel.

Both times in Chicago this summer we stayed in the suburbs. The first trip, Leah, Noah, and I stayed in Lombard, Ill., because we have family there. From Lombard, we took the Metra Rail train into the city. Lombard is about a 45 minute train ride from downtown Chicago. 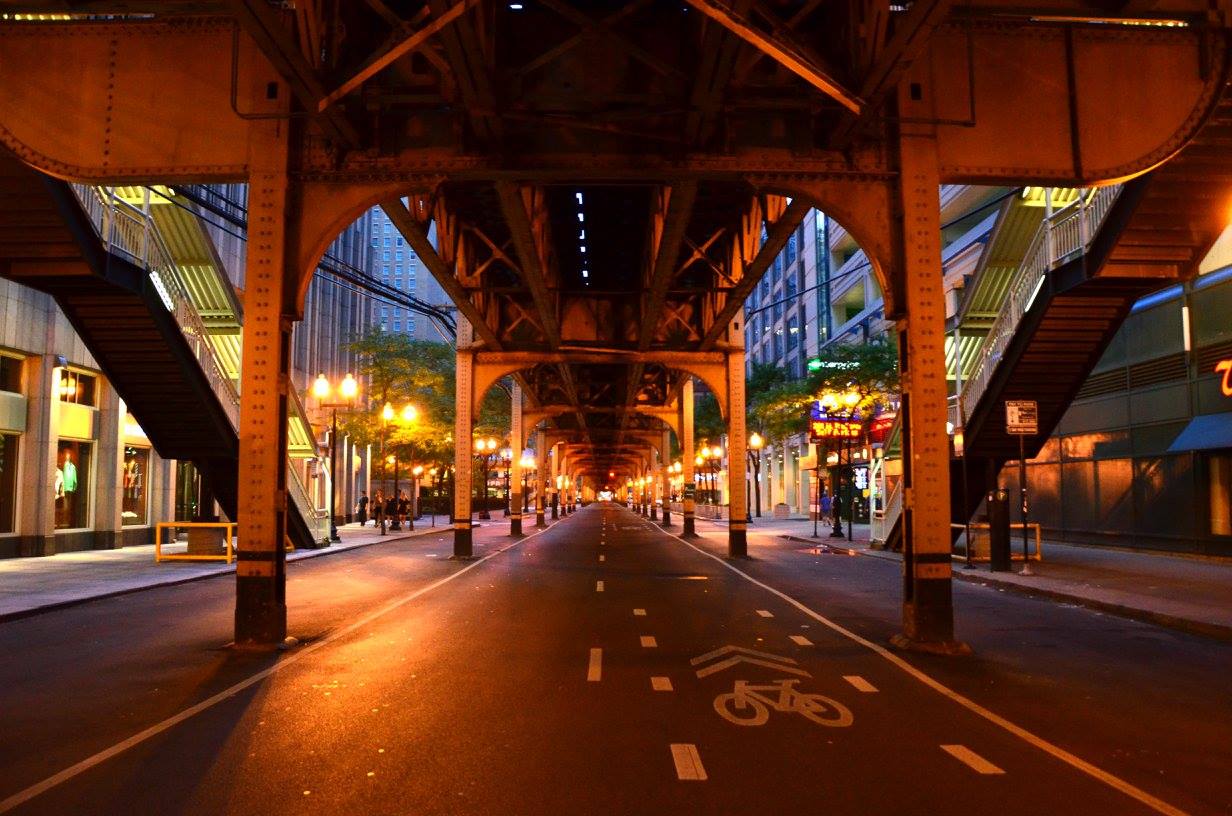 From the train station in downtown, we mostly walked but also took the “L”. Buses and the “L” are part of the Chicago Transit Authority, or CTA. Both the CTA and Metra have schedules and maps on their websites. You can also plug your destination into your iPhone, select “transit,” and your phone will tell you what trains or buses you need. 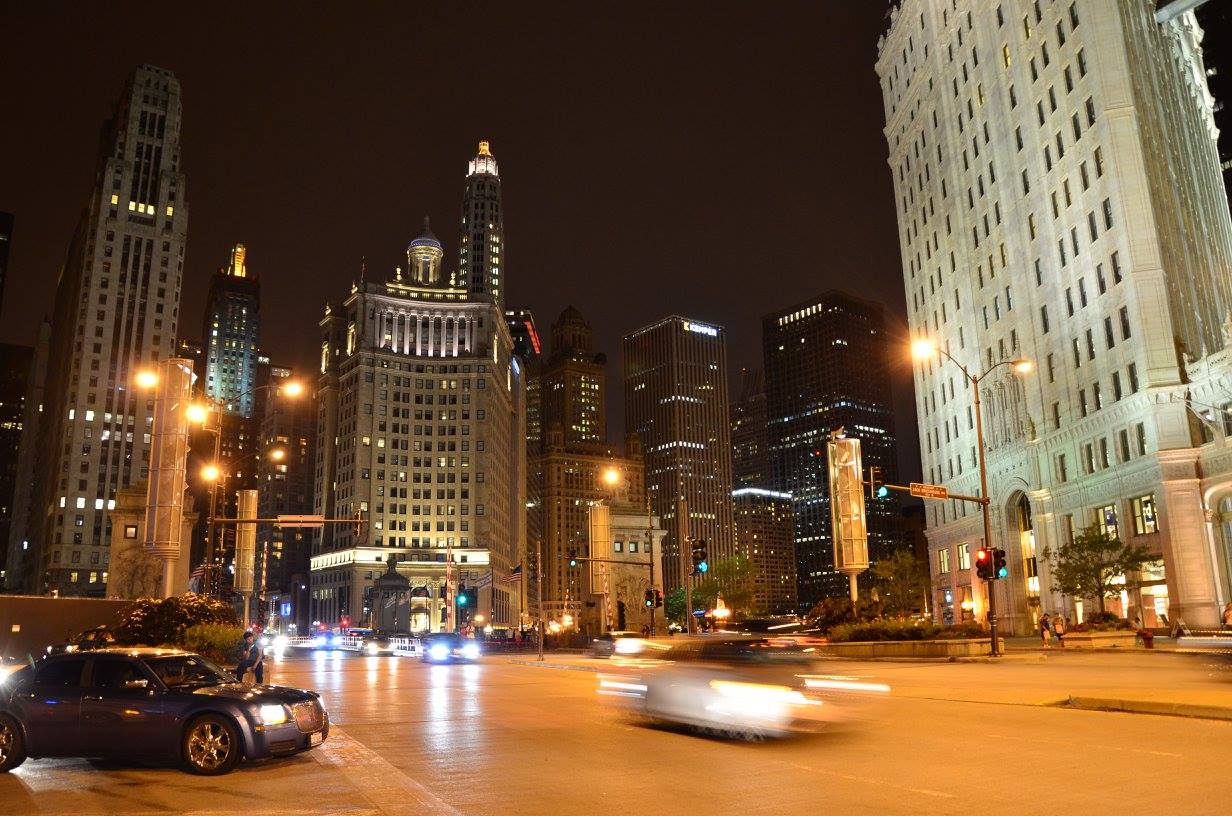 Lagena and I stayed in Oak Park, Ill., and were able to get right on the “L” there. In Oak Park, we were about a 30 minute train ride away from downtown. Because Lagena and I were there during the week, it was cheaper for us to buy day passes for the “L”. We took the bus twice, and our CTA day pass worked for them too.

Leah, Noah, and I, were there on the weekend and were able to purchase a weekend Metra pass.

Boat tours are a great way to see Chicago. You get a different perspective of the city, and the tour guide can give you a plethora of information. Leah, Noah, and I chose a lake and river tour with Wendella. Our 90-minute tour began with some history of the Chicago River. We then headed west where our tour guide gave us tidbits about some of the amazing architecture of the city. 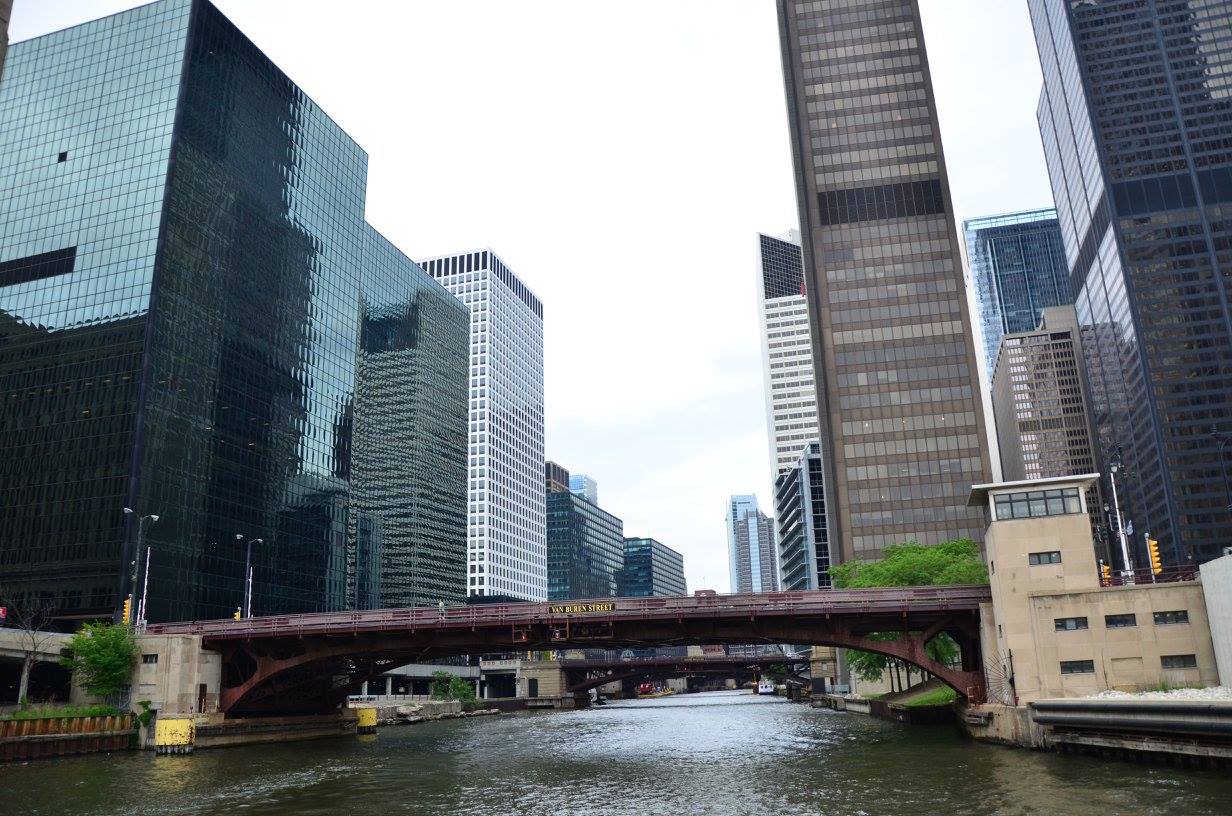 We then turned around and headed back toward the lake, learning more history and architecture from the other side of the river. During the tour, we were able to go through the lock and into Lake Michigan. It was neat to see how the lock worked.

The Chicago River is actually lower than the lake because the city reversed the flow of the river, our boat tour guide said. A long time ago Chicago dumped its sewage and trash into the river (ewe!). It would then flow into the lake, so they reversed the flow, he said. 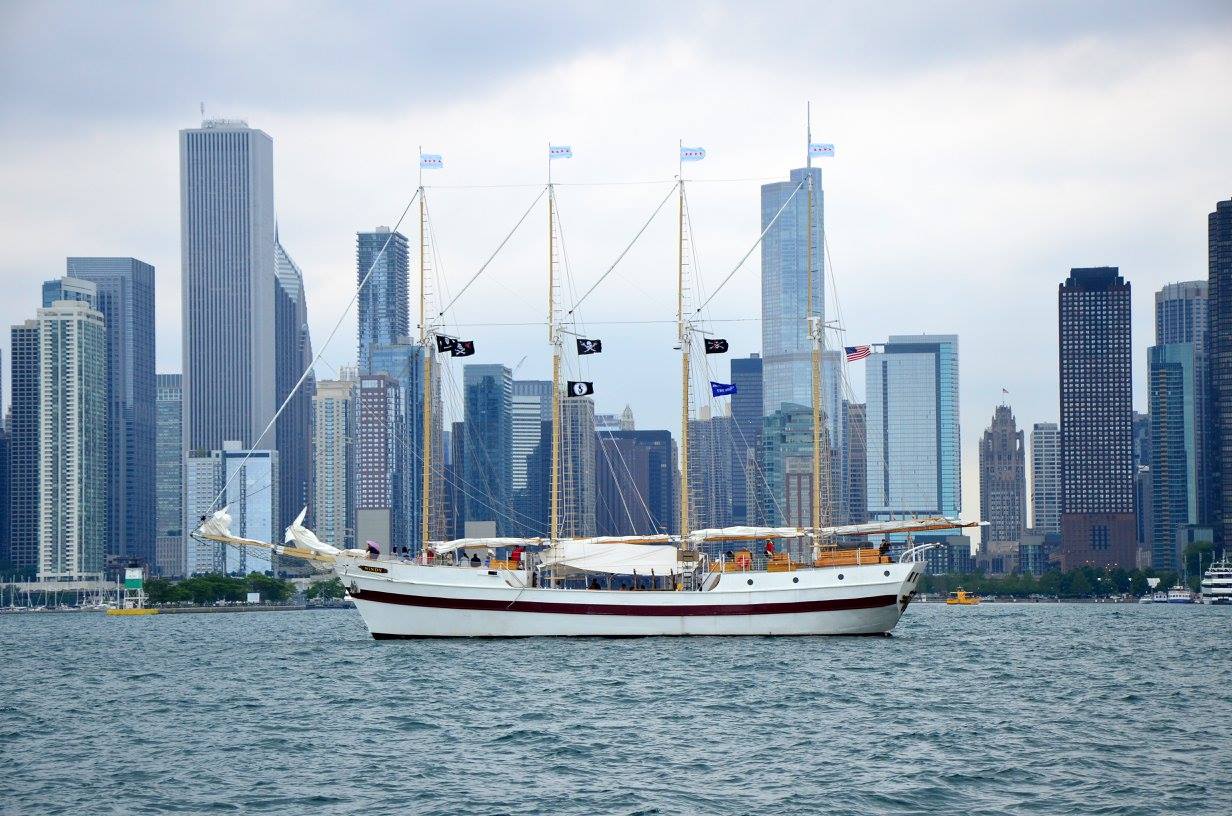 On our tour, we followed Navy Pier out to sea. It was neat to see it because I did not make it there on either trip. Once out on the lake, we had amazing views of the skyline. I loved seeing that perspective of the city.

The Art Institute of Chicago

I love art, and as a former art major in college, The Art Institute was of course on my list. This is where I had the advantage of taking the two trips.  I really wanted to go to the art museum, but also the history museum. Both take long periods of time to go through and peruse the exhibits. Leah is also a lover of art, so she opted for the art museum. Lagena opted for the history museum. 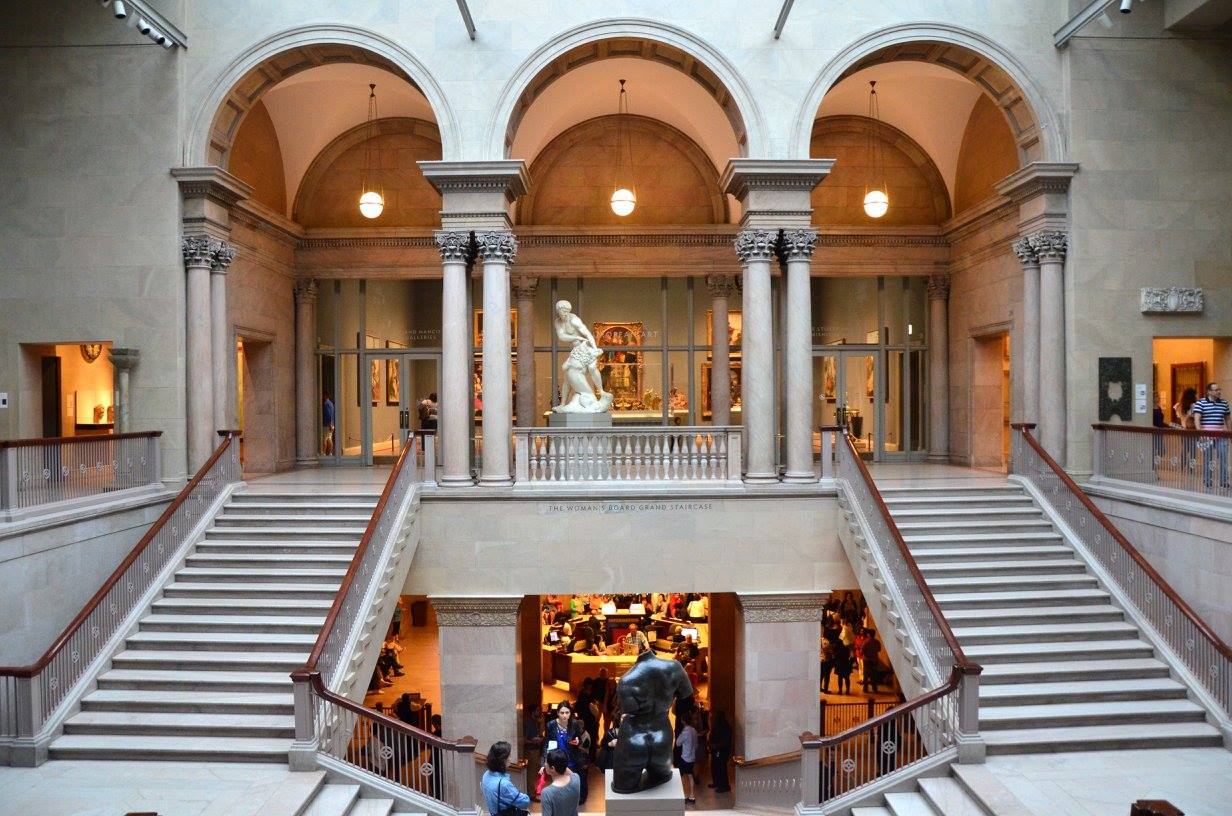 If you ever find yourself in a large city or anywhere there is a museum with original pieces of art, you need to go. Although you cannot touch the art, I love getting as close as allowed and knowing a famous painter like Claude Monet was also at one time there. Another reason I love art museums to be able to get close to the painting and see the brush strokes.

The Cloud Gate sculpture at Millennium Park is probably one of the most iconic images from modern day Chicago. It is a public park so it is free, which I liked. 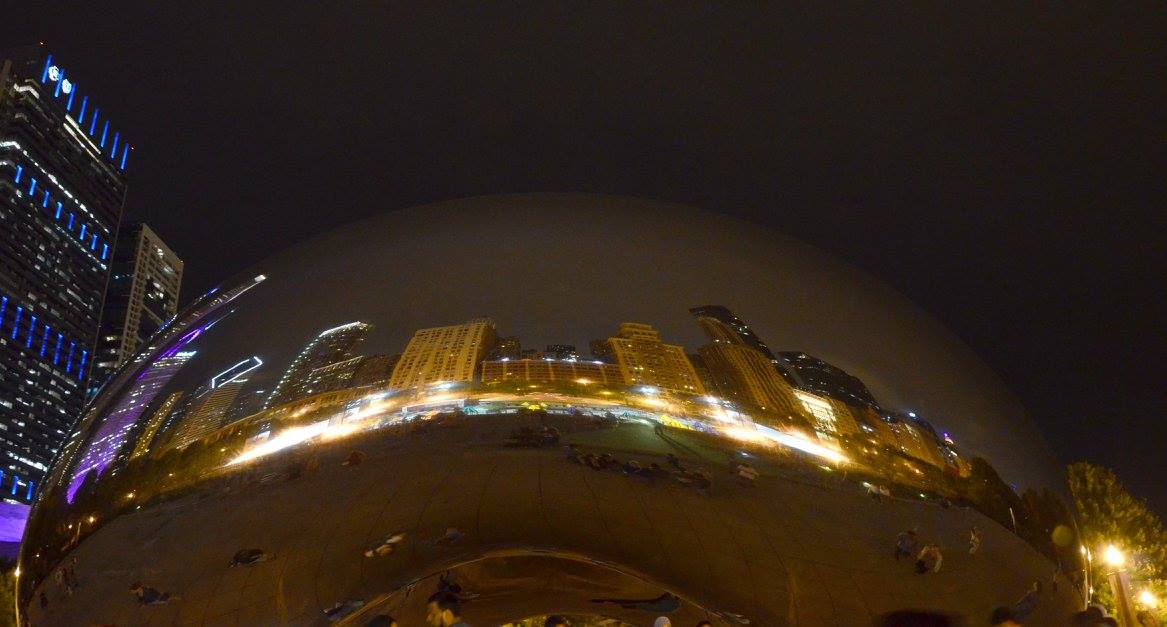 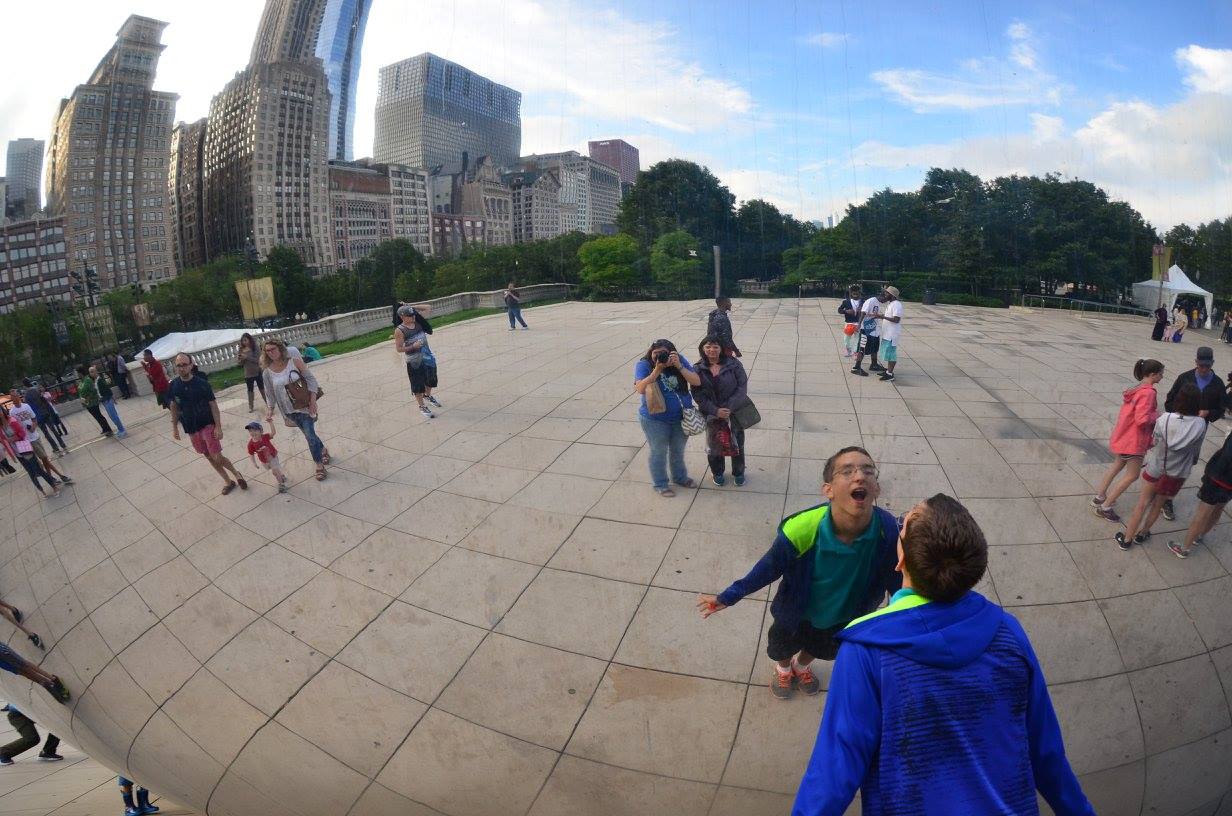 Whether you are a Cubs or White Sox fan, when visiting a city, like Chicago with two professional baseball teams during baseball season, you should see a game.

We chose to go to a Cubs game under the advice of Noah (a sports fanatic). I am not really into sports, but the Cubs are doing really well this year. I also loved going to Wrigley Field, which is historic and a site to see on its own.

Yes, I spent like $50 on beer, hot dogs, and nachos, but I see it as paying for the experience. You cannot go to a baseball game without splurging on those tasty treats. 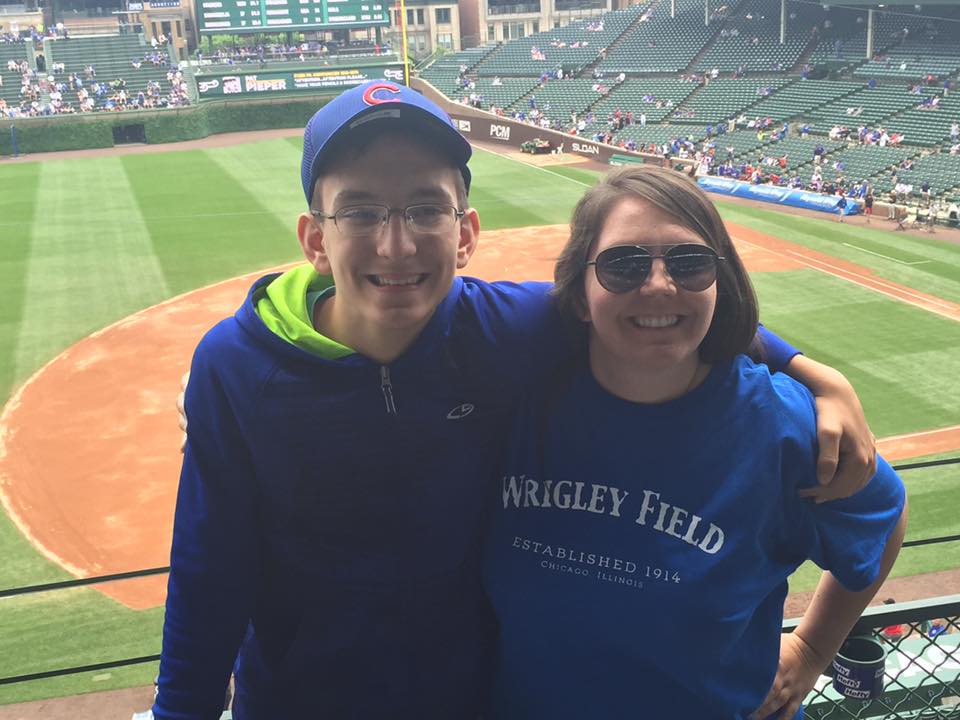 So the Cubs lost the game we saw and the sport writers I work with in my job blamed me. They said I jinked them. But I say we had lots of fun and the Cubs are still doing great, so it didn’t matter.

After we left Wrigley, we got off of the “L” early in hopes of finding rentable bikes that are stationed all around the city. Unfortunately ever station we came to was empty. We hoped to ride along the lakefront, but since we couldn’t find any bikes there, we just walked it. 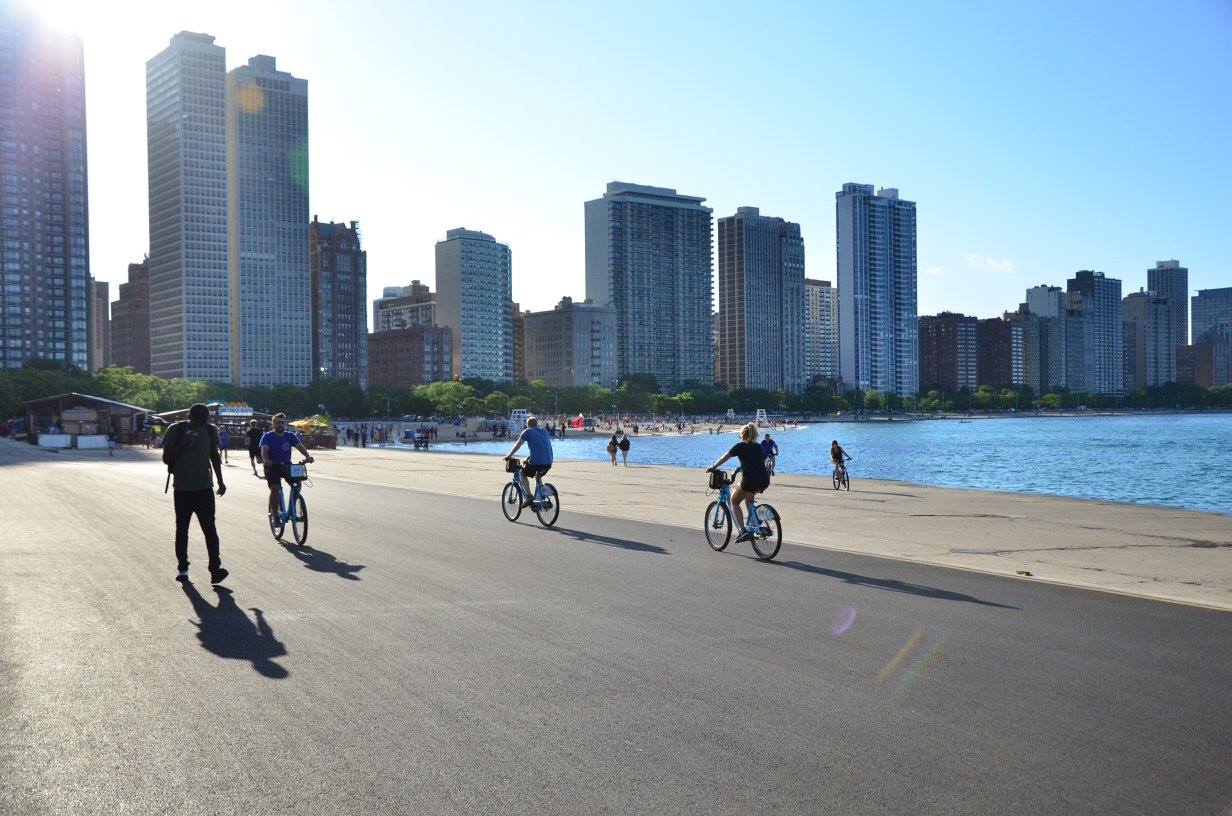 Lagena and I also walked along the lakefront. I loved seeing the beach flanked by the tall buildings of the city. 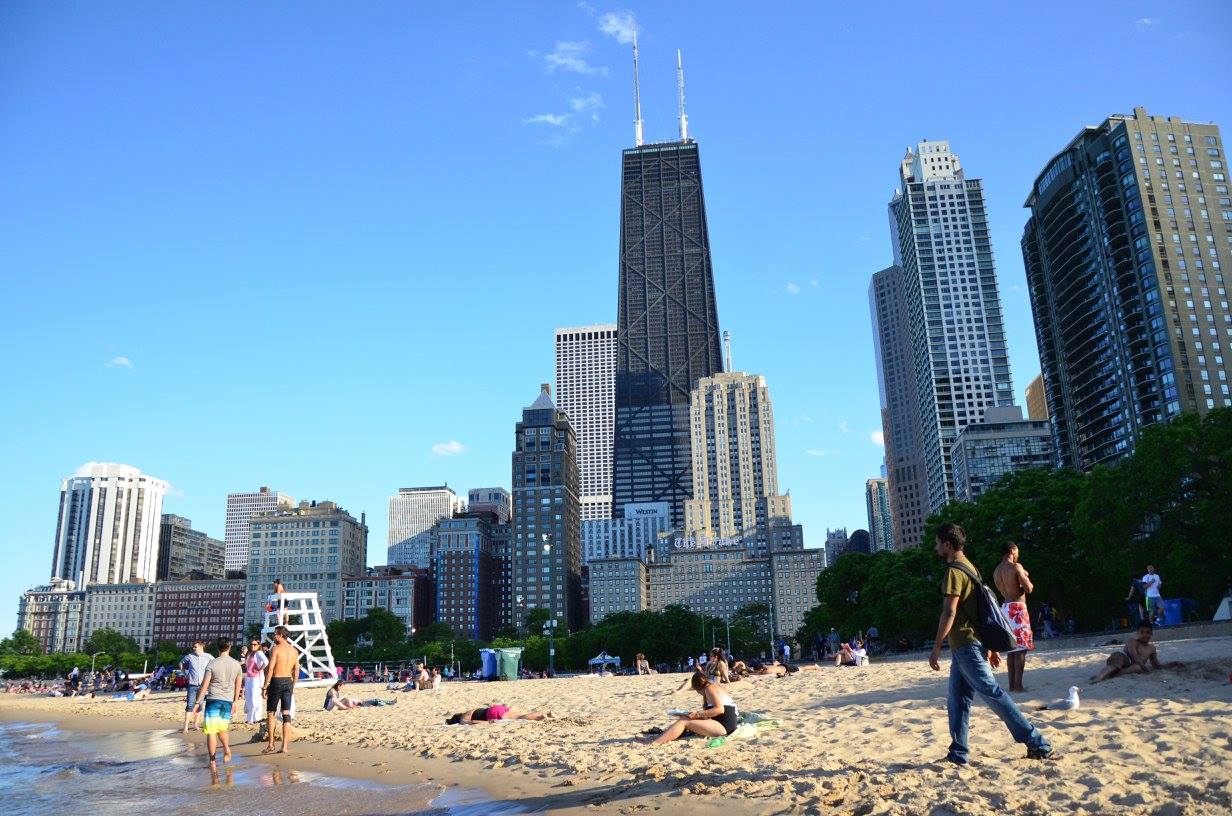 After Leah, Noah, and I left the lake we found a bike station with enough bikes for the three of us. We rode back to the train station. We had enough time before our train left to make a few more blocks. Riding bikes in the city was tons of fun.

One of the museums I visited as a child that I really wanted to go back to was The Field Museum. Like the art museum, it is more than worth your time to see such unique works in person. Lagena and I visited it on my second trip. 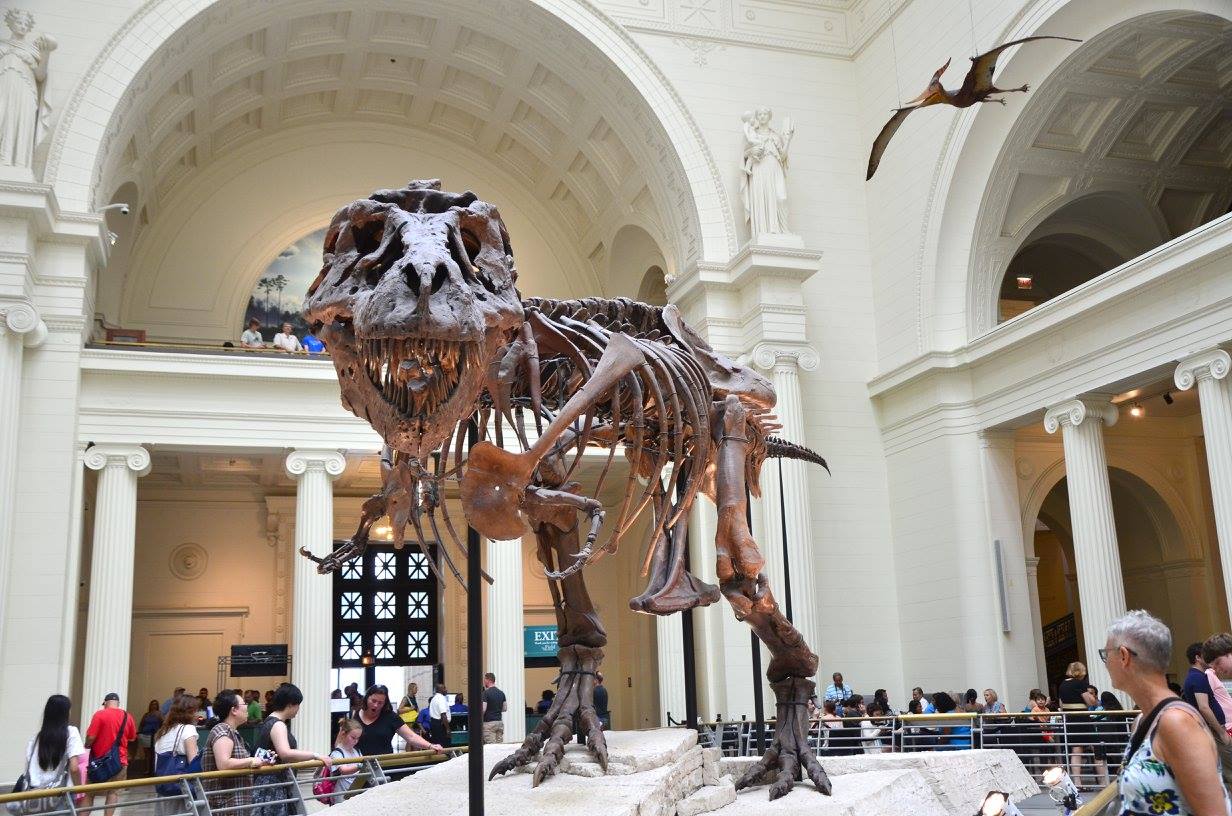 At The Field Museum, we saw mummies from ancient Egypt, pottery from early North Americans, terracotta soldiers from China, dinosaur skeletons, and a massive crystal from my hometown. 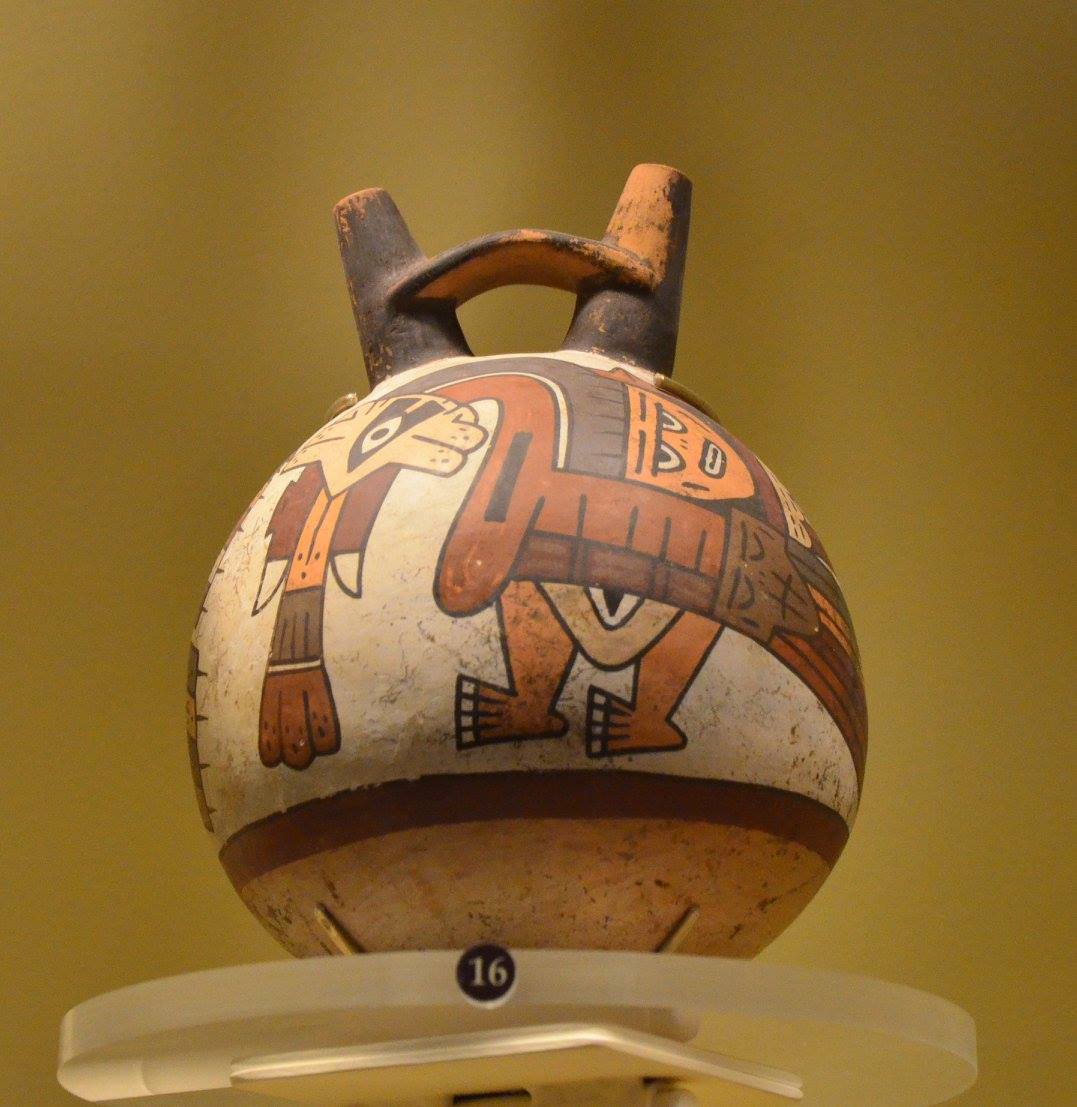 Like the art institute, it took us about two hours to go through the entire museum. And we still didn’t see everything it had to offer.

When in Chicago, you need to eat at least a Chicago-style hot dog and Chicago-style pizza. When Lagena and I were finished with the history museum, we at a hot dog from a street vendor. It was so good! Lagena said she wasn’t expecting to like it. She was just eating it to taste it, but she loved it. 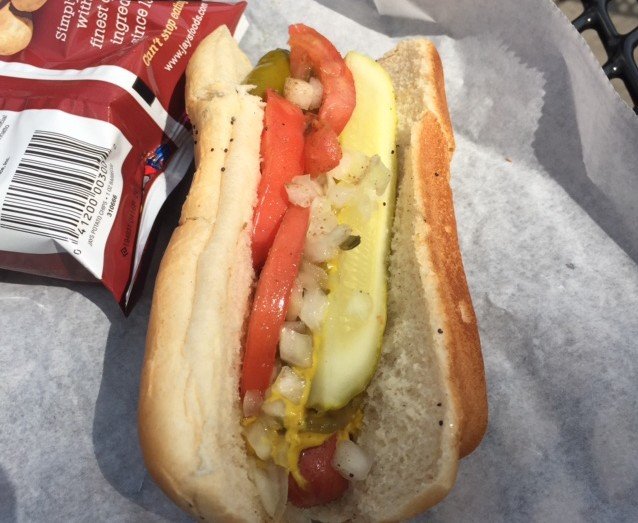 When Leah, Noah, and I were in the city, we did not have time to get to Lou Malnati’s pizza, so we dropped in Pizano’s Pizza & Pasta. Pizano’s was very good deep dish. Even though we were all stuffed, we still ate a whole pizza between the three of us. 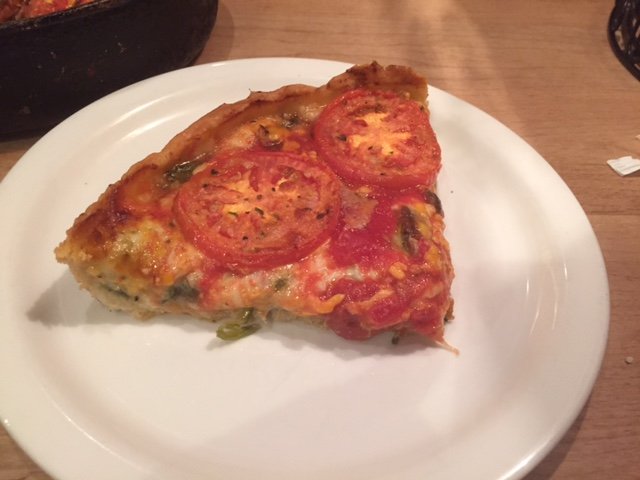 Lagena and I made it Lou Malnati’s, which claims to be the first Chicago-style deep dish pizzeria. We had to wait an hour for our pizza to cook, but it was amazing – so worth it.

Lagena and I decide against the Willis Tower, the second tallest building in the United States. We chose 360 Chicago observation deck in the John Hancock building because we heard the views of the city were the best. 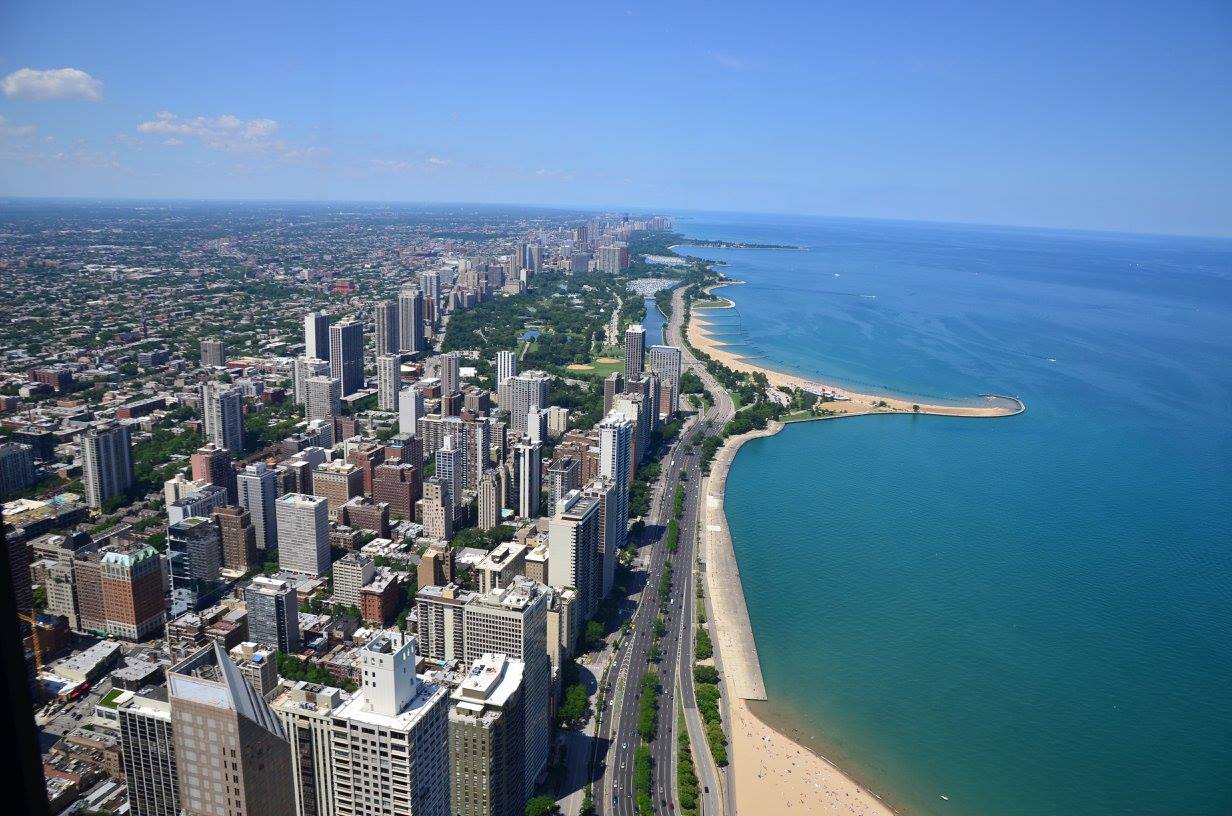 We went on a Monday, so the lines were not to bad. As you wait in line, a massive mural along the wall gives you much information about the history of Chicago and its neighborhoods.

The rumors we heard about the view did not disappoint. It was very interesting to see the town from above. We could see the lake and the beaches along the city, as well as looking down on the towering buildings.

The Lincoln Park Zoo is free, which was perfect for me because I’m poor. After Lagena and I visited 360 Chicago, we walked along the lakefront to the zoo. 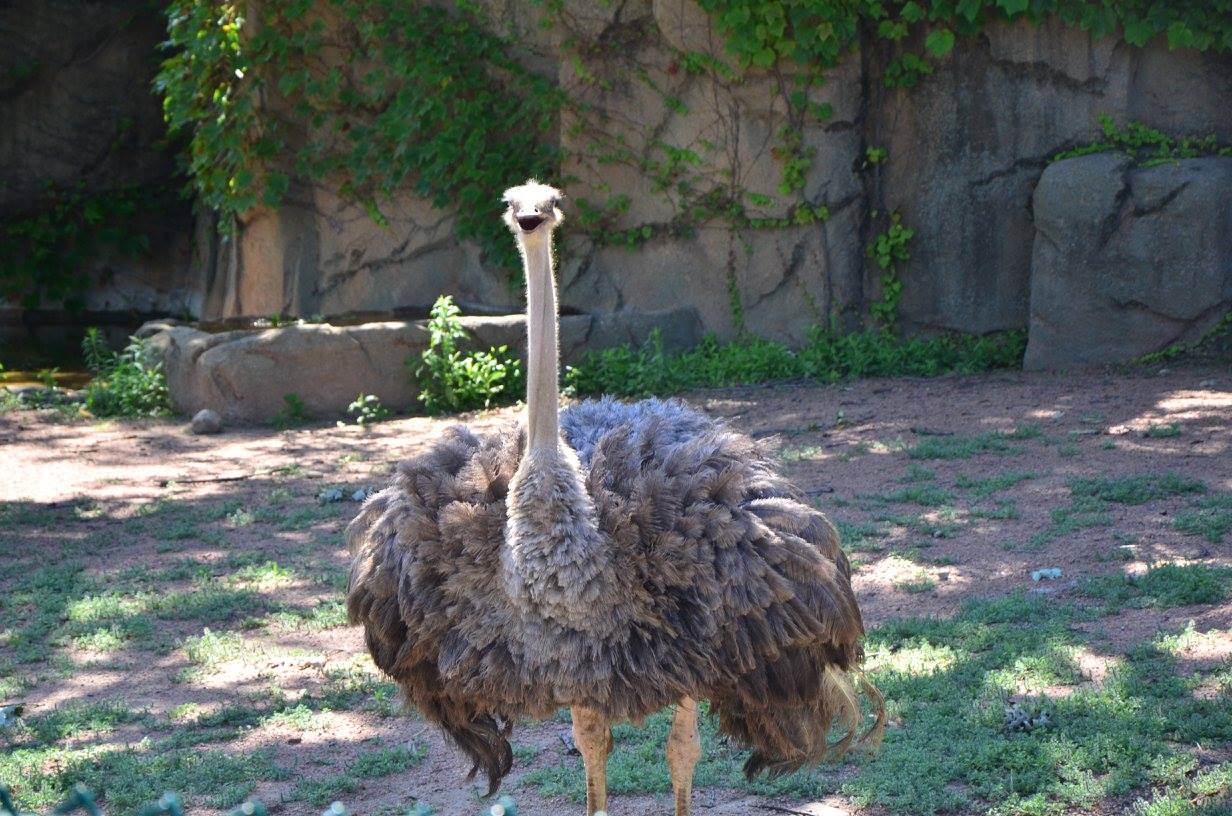 For a free zoo, the Lincoln Park Zoo is really nice. We saw lots of animals, like zebras, gorillas, lions, and many other. We took in the exhibits until the zoo closed at 5 p.m.

Being a tourist versus local

I’ve heard many people talk about seeing a city or place like a local as opposed to a tourist, but sometimes you simply have to be what you are – a tourist. 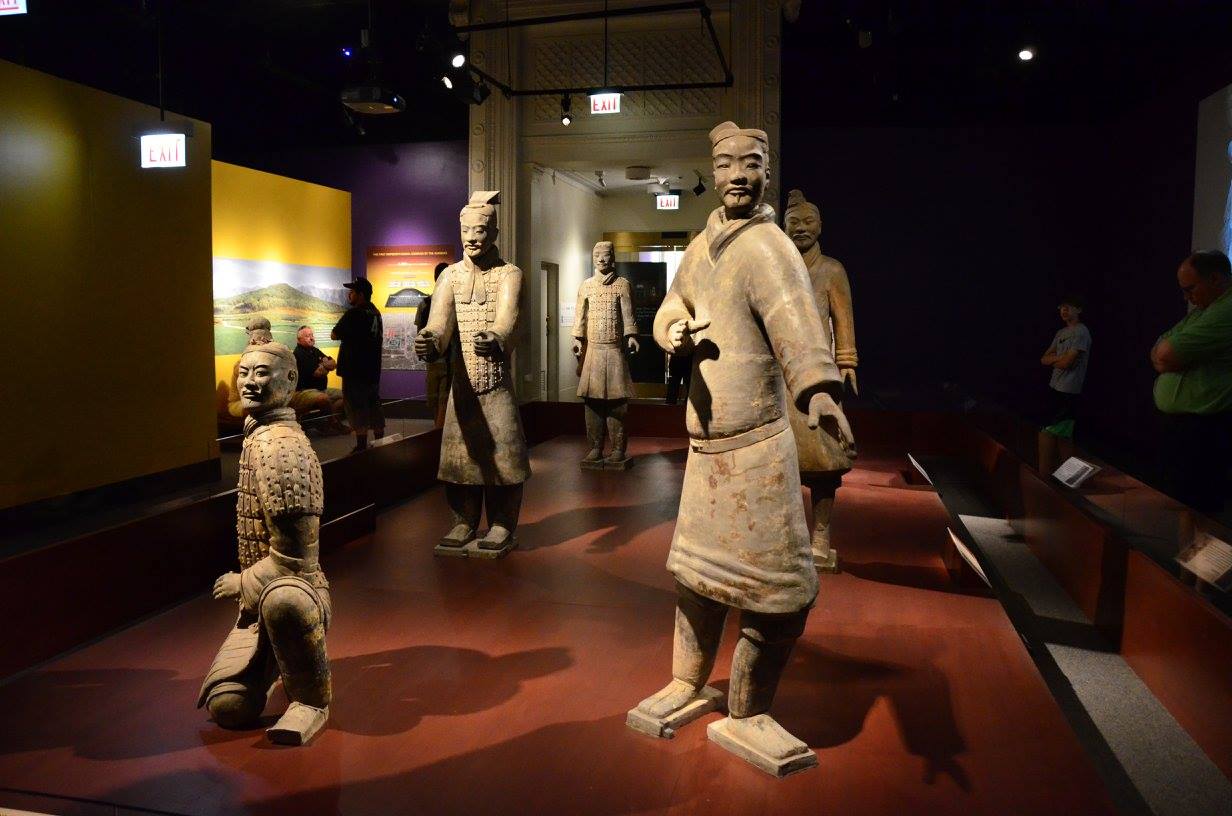 If we had traveled to Chicago and pretended to see it like a local, we would have missed out on the museums and seeing the city from above. Sometimes, especially if you only have two days, you have to see a city like a tourist. 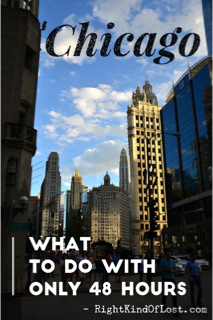 Tags:Chicagocity lifeMuseums
previousMisadventures: If I survive this I’ll have a great story
nextDon’t be too timid to pursue your dreams

2 thoughts on “What to do with 48 hours in Chicago”