Dragover float on the Ouachita River 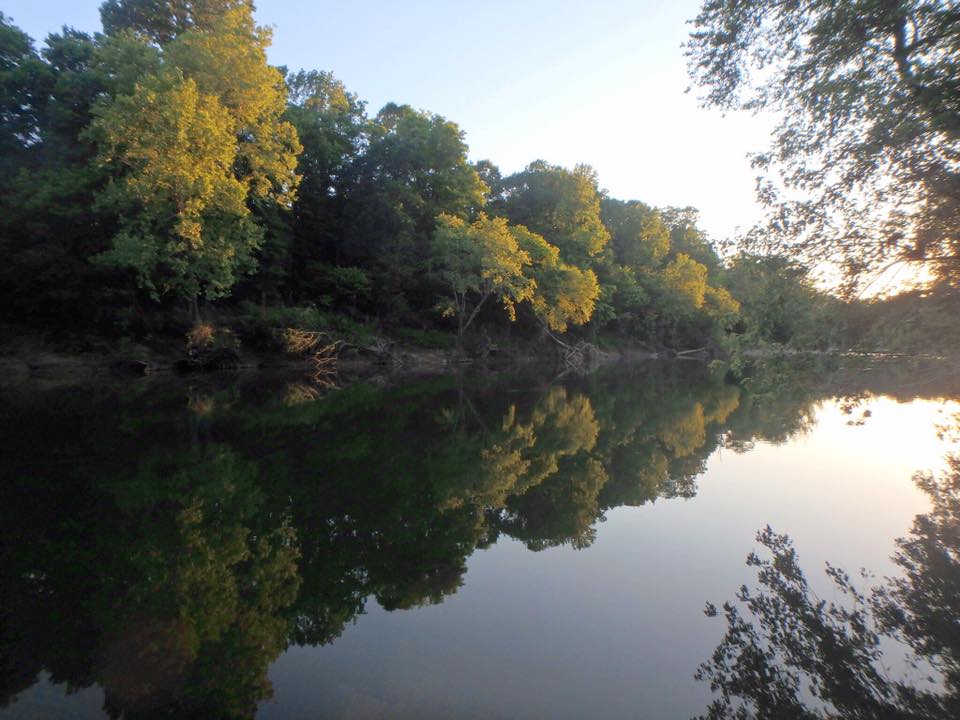 It’s spring time and in Arkansas that means it the rivers are at a great level to float! One of my favorite floats in southwest Arkansas is the a short day float on the Ouachita River. It has an odd name for a float. It’s called Dragover. 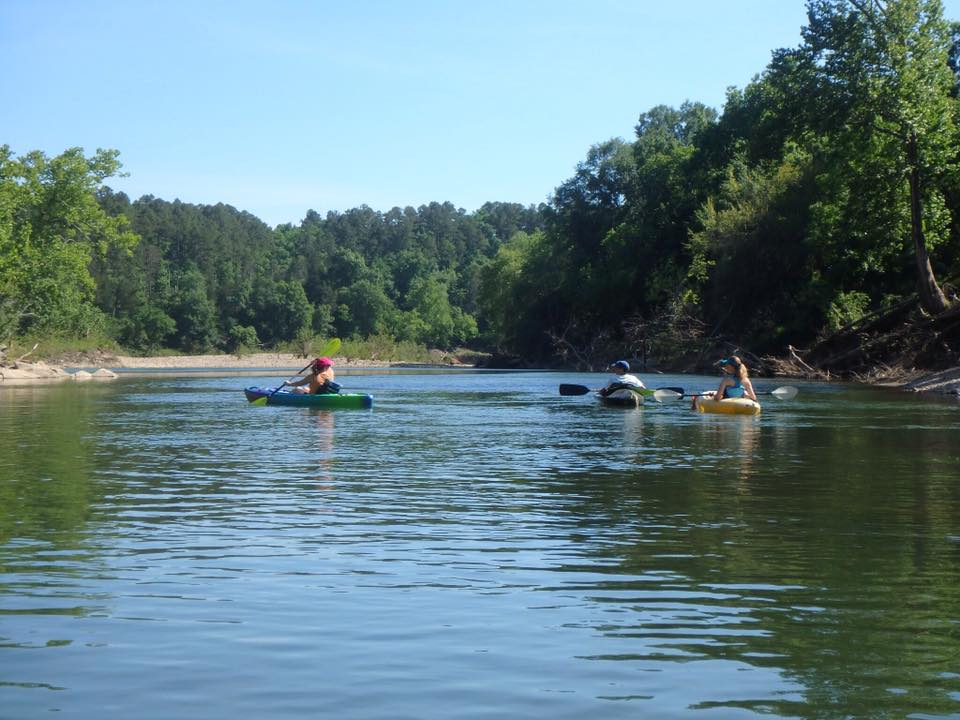 At first I thought the river must be low in that section and you have to drag your boat over the rocks. I eventually learned it’s called Dragover because the river makes a horseshoe shape and nearly turns back into itself. This allows paddlers the option to drag their boats over the from takeout spot to the spot where you put in. Although the two are extremely close, I don’t advise dragging your kayak or canoe because it’s a little too far for that.

Need other great places to float in Arkansas? Check out the Floating In Arkansas – Great Places To Kayak, Canoe, And SUP post. 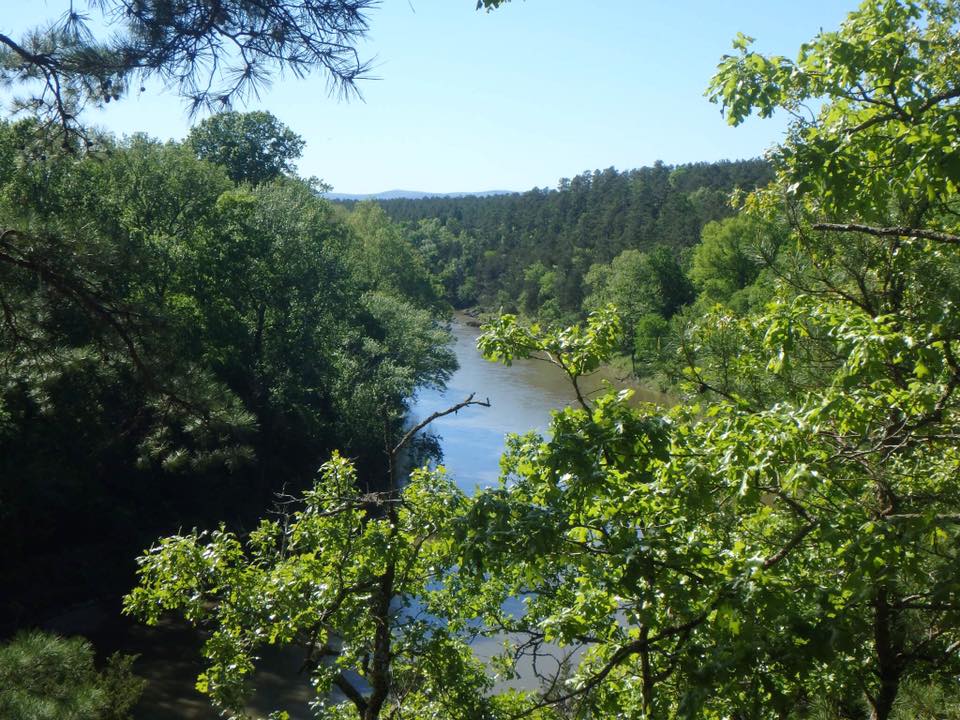 What you can do is have someone stay behind with the boats, while the other takes a short trail back to the spot where you put in to grab your vehicle. The distance between the the takeout and put in is about 1/4 a mile. The trail can be a little hard to spot, but if you miss it, you can also walk back on the road. 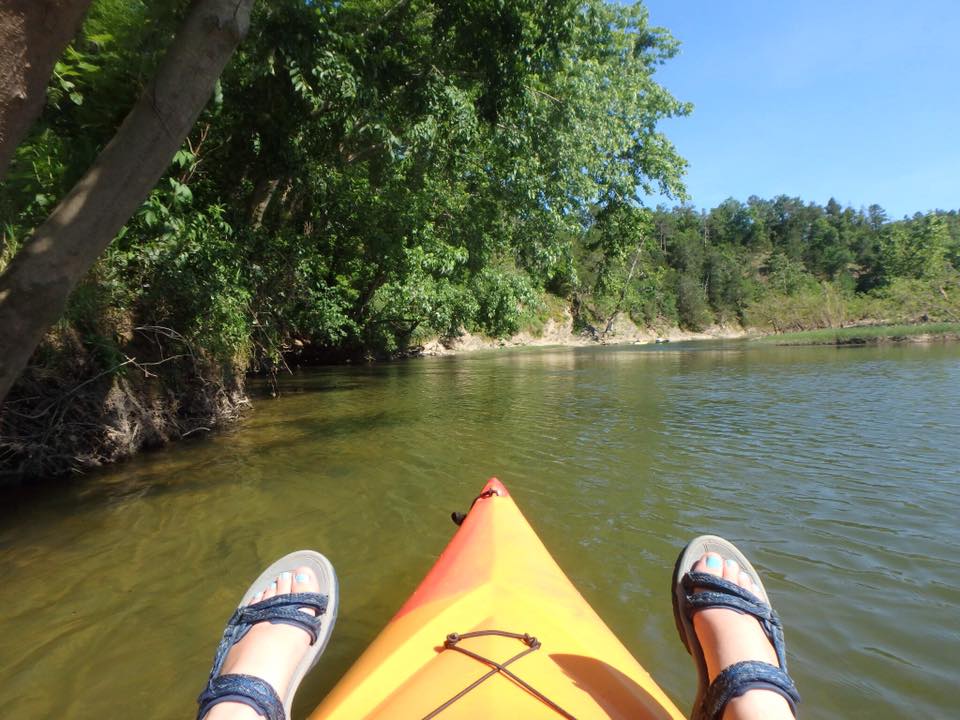 From Hot Springs, you are going to head west on U.S. Highway 270 toward Mount Ida. Once you pass through Mount Ida, take a right on State Highway 27. From there you will head north, and once you cross over Lake Ouachita at Washita, turn left on State Highway 88. You’ll drive about eight miles down Highway 88 and then turn left onto Dragover Road (a dirt road), which will dead end at Dragover Float Camp. 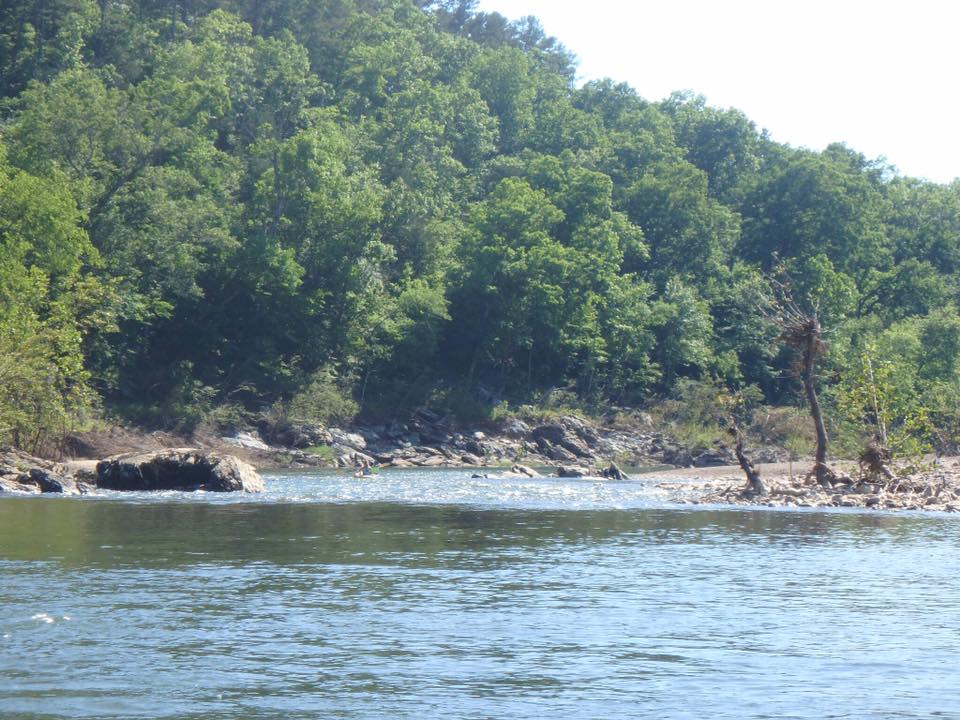 Just before you get to Dragover Float Camp you will pass a dirt road to your left. This road leads to the takeout spot.

Getting your boat into the river is a little tricky because the bank is steep and high above the river. The forest service has places stairs and a ladder with rolling rungs to help assist get boats in and out of the water. 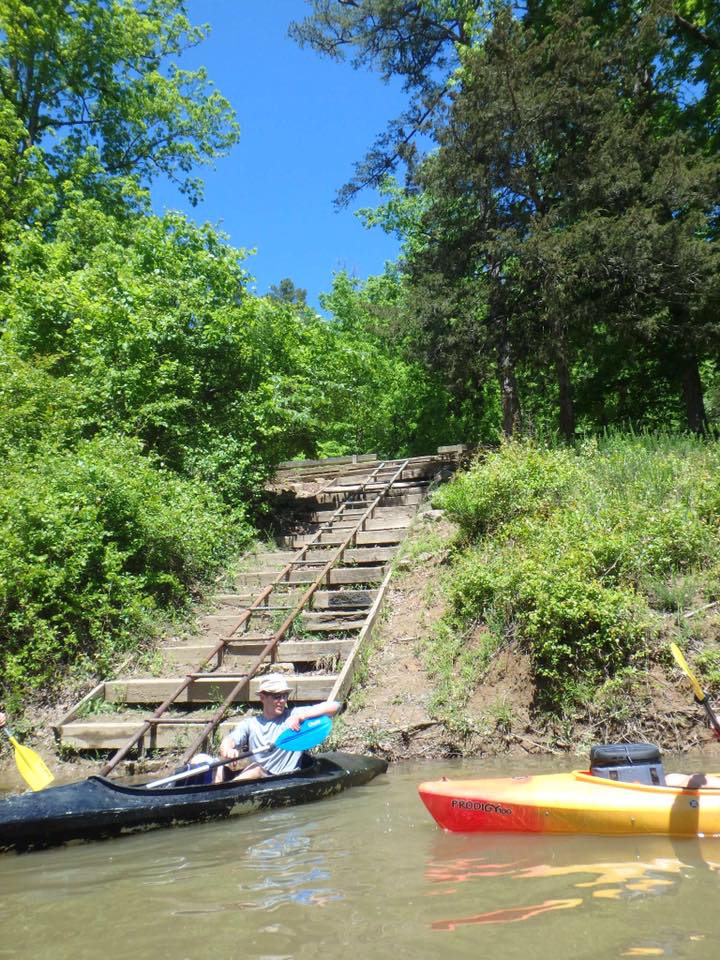 The float is mostly deep pools with a few quickly paced rapids. There are a few class I and II rapids. And it is a great beginner float.

The entire float is right at about three miles long.

The takeout is hard to spot, so carrying a waterproof GPS unit might be a good idea. There is usually a flag, but I wouldn’t rely soling on that find the takeout. It is easy to miss a small flag. Or it simply might not be there.

One idea is on your way in, stop by the takeout spot and scope out the terrain and find landmarks, so you will recognize it when you see get to it. I’ve included a picture as well. 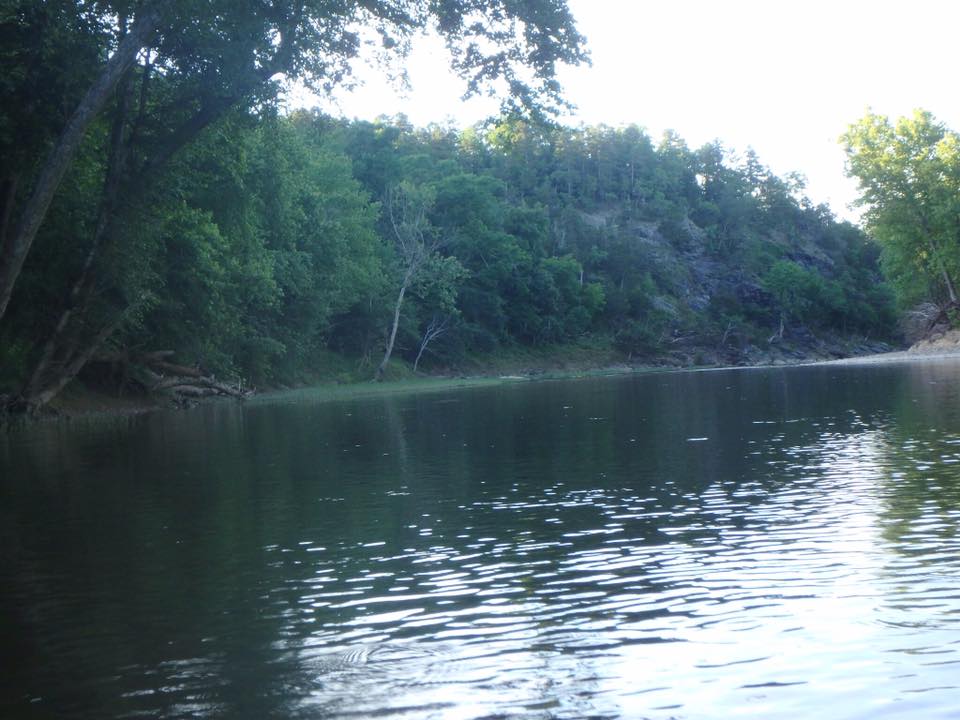 The takeout spot is to the left.

It is a great fun, relaxing float, and there are lots of place you can pull over and swim in deep pools. It is also a great float for fishing. 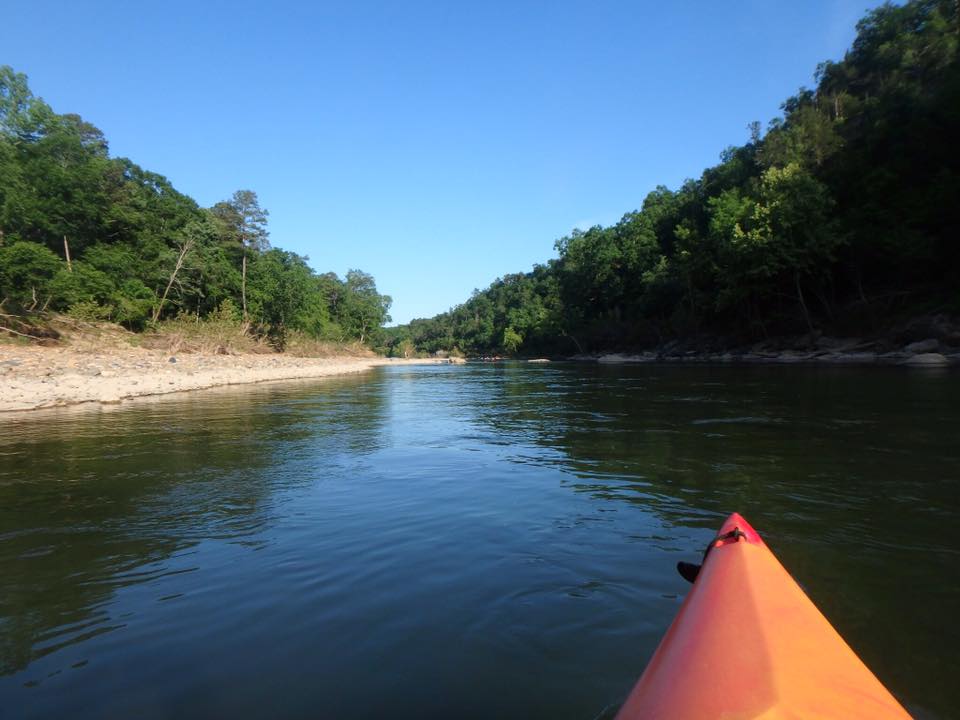 Don’t forget to check the water levels so you are not floating Dragover the way I initially thought – by literally dragging your boat over rocks because it is too low. Or so that you do not float it when the water is too high to float safely. This is a great website that can give you the water levels. 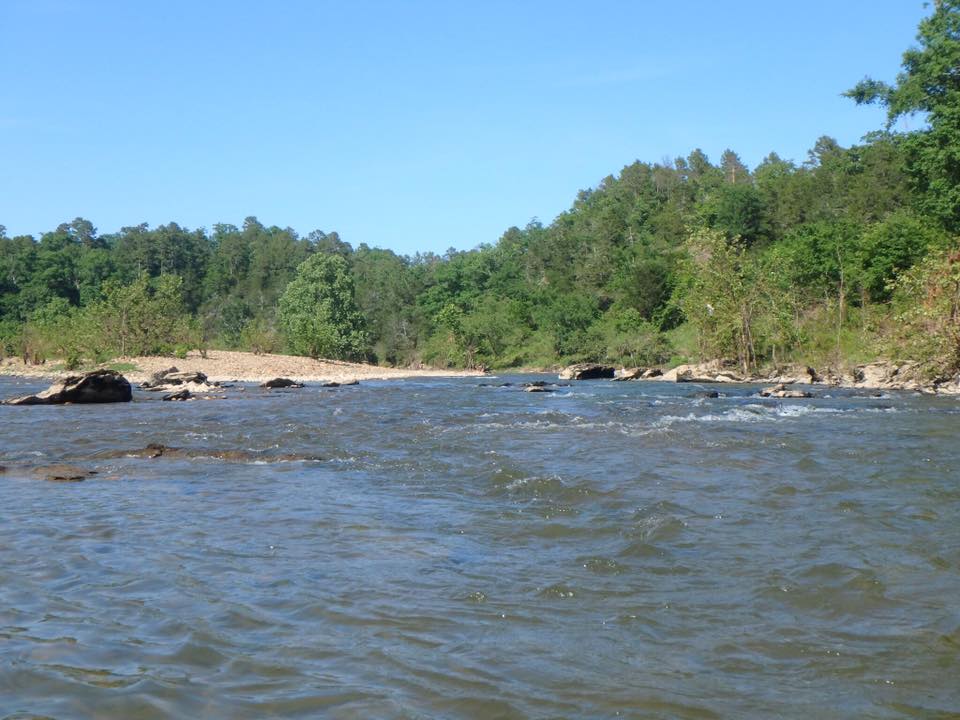 If you want to make it a longer trip, the Forest Service has great information on the entire Ouachita River Float, from above the town of Oden to about where the river becomes Lake Ouachita. 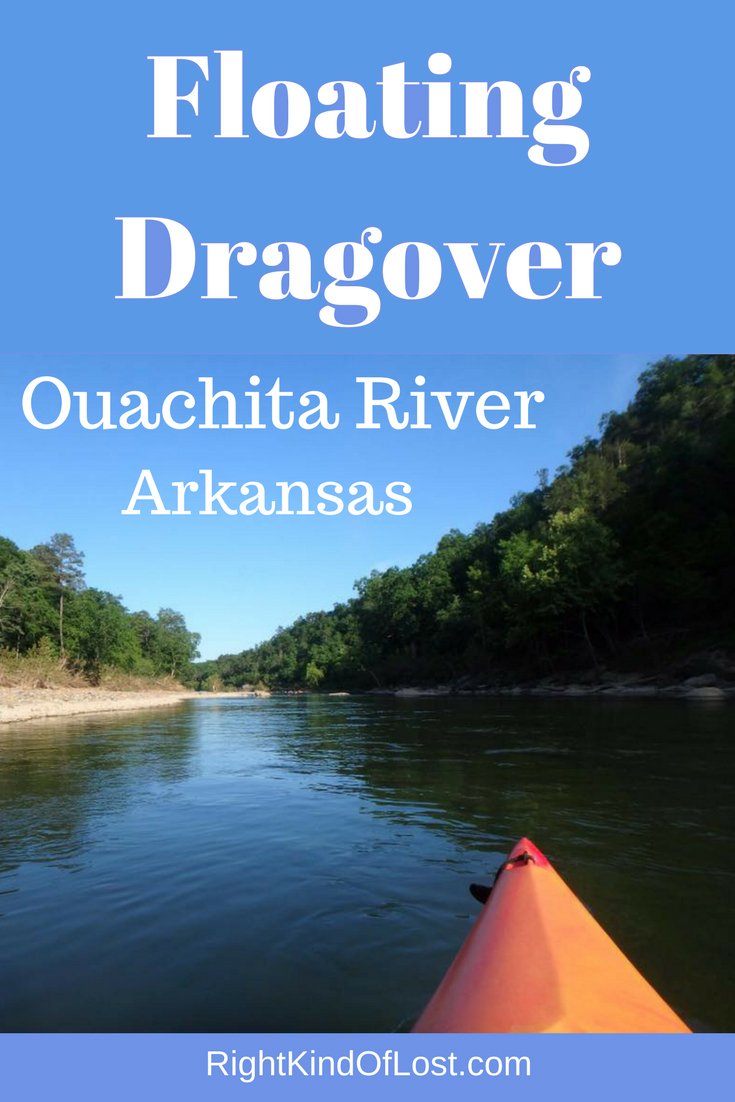 Tags:arkansaskayakingOuachita National Forest
previousInstagram and the outdoor lovers responsibility
nextGiving up comforts to appreciate myself more