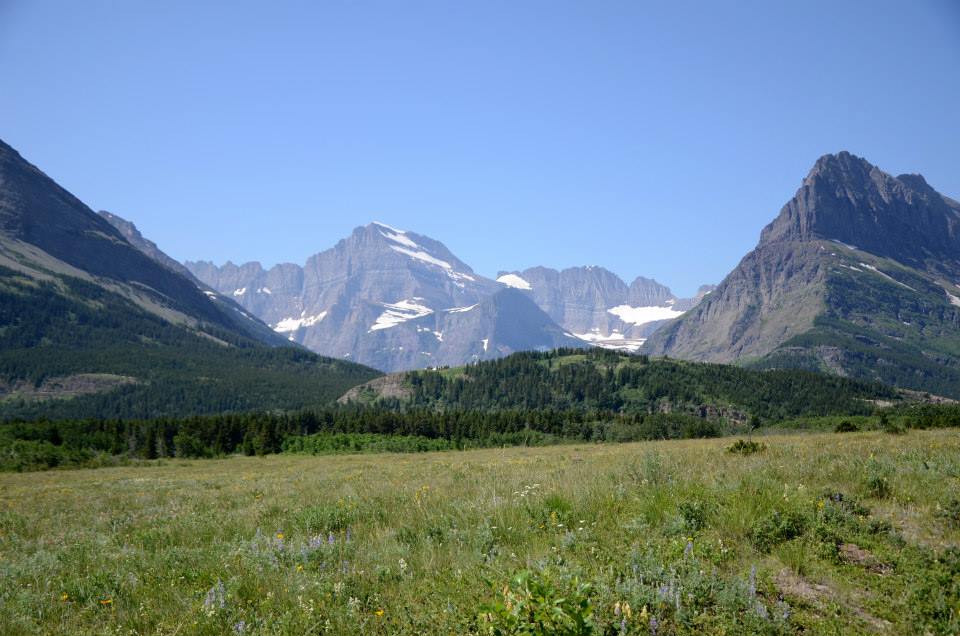 Glacier National Park in northern Montana is one of the most majestic mountainscapes our national parks offer. It has high peaks and narrow, deep valleys with sweeping slopes connecting the two. We only had four days to explore the park, but we could have spent weeks there. The park’s website can be viewed here. 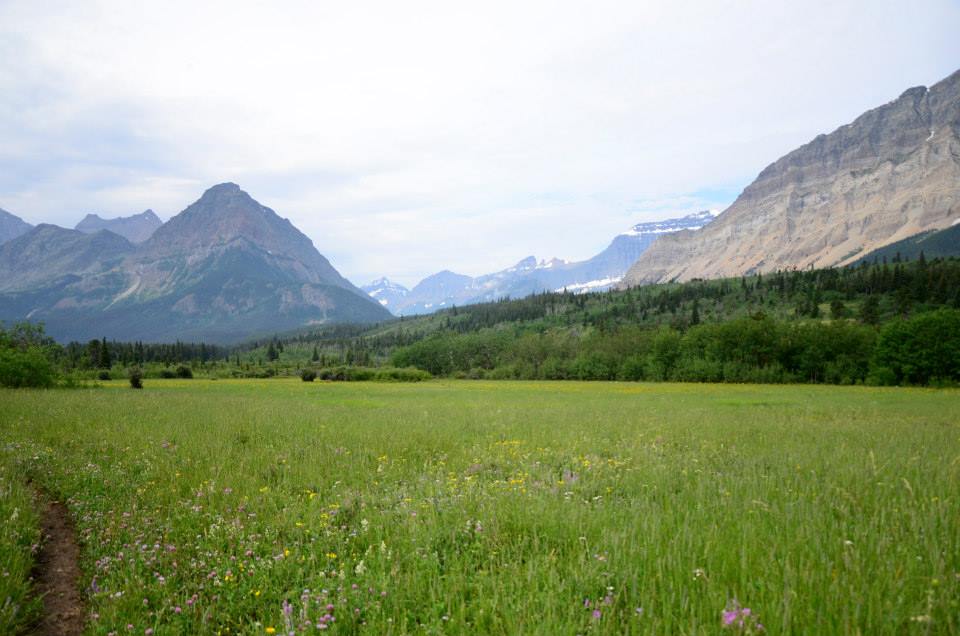 Nicknamed the Crown of the Continent, Glacier National Park is a large park. There were many things we wanted to do, but simply did not have time for. One thing I wish we had time for is to have been able to hike to a glacier. This was also impeded by the fact that the park had massive snow fall that year. Even though we went in mid-July many of the higher elevation trails were closed because they were buried in snow. 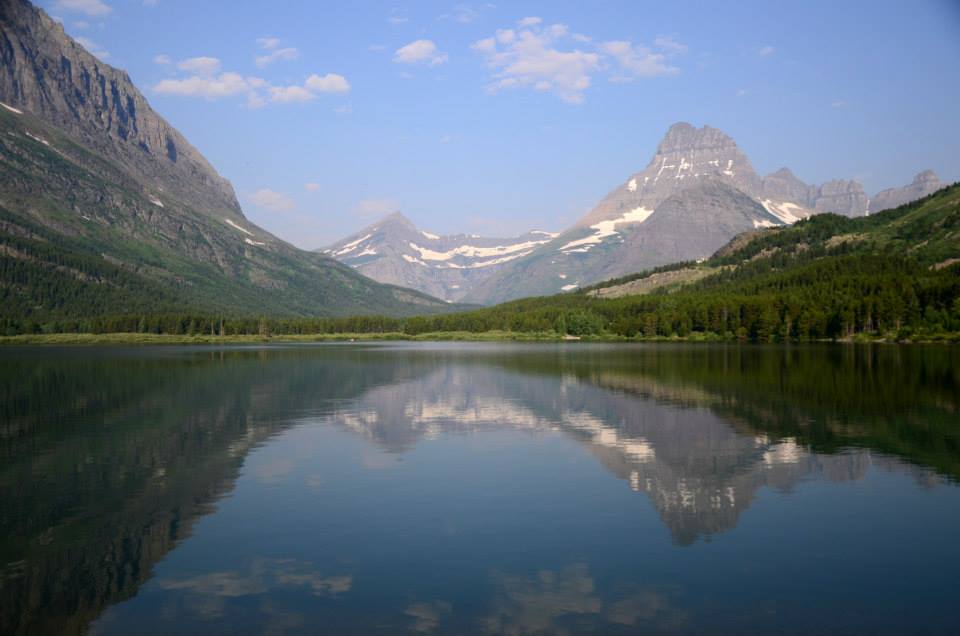 Lagena and I made the 28-hour drive from Arkansas to Glacier National Park in 2014. We chose to drive so that we could see more of the United States. Both of us love road trips, so we were not bothered by two back-to-back 14-hour driving days.

Northern Montana is far from Arkansas. I used to think Cheyenne, Wyo., was far until we stopped there after our first day of driving and realized we were only half way.

Our first night of camping we stayed at St. Mary Campground because you can reserve camping sites there. The rest of the week we stayed at Many Glacier Campground. Half of the sites at Many Glacier are now open for reservation. The campgrounds that cannot be reserved fill up quickly so you’ll want to get there early. Information about campgrounds at the park can be viewed here.

One of my favorite aspects of national parks is to see wildlife in its habitat. National Parks create refuges to help wildlife thrive.

Glacier National Park is also abundant in wildlife. Lagena and I saw grizzly bears, black bears (which can be brown too, who knew?), moose, mountain goats, deer, and marmots, to name a few. 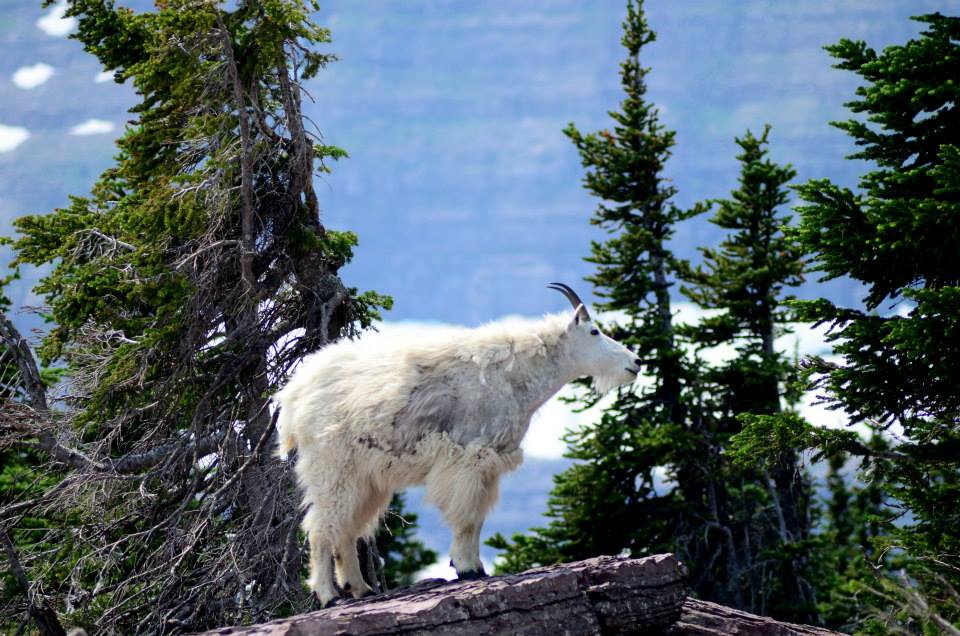 One animal we did not see was the big horn sheep. I have been to the mountains several times and never been able to spot one. Some day I will. Some of the animals we were able to get close to, but others like the grizzlies, we kept a safe distance from.

Glacier National Park is located along the Canadian border. But just across the border is the Canadian national park of Waterton Lakes. For our first day of exploring the northern Rocky Mountains, Lagena and I drove into Canada to see the park.

Because the area has a high number of grizzly bears, Lagena and I only set up our tent and kept everything else in car. A hard-shell car. And yes it is important to know that. Bears can go right through a convertible top vehicle. So if that is what you have, then I suggest keeping any smelly things, like food and toiletries in the bear box the park provides your campsite. 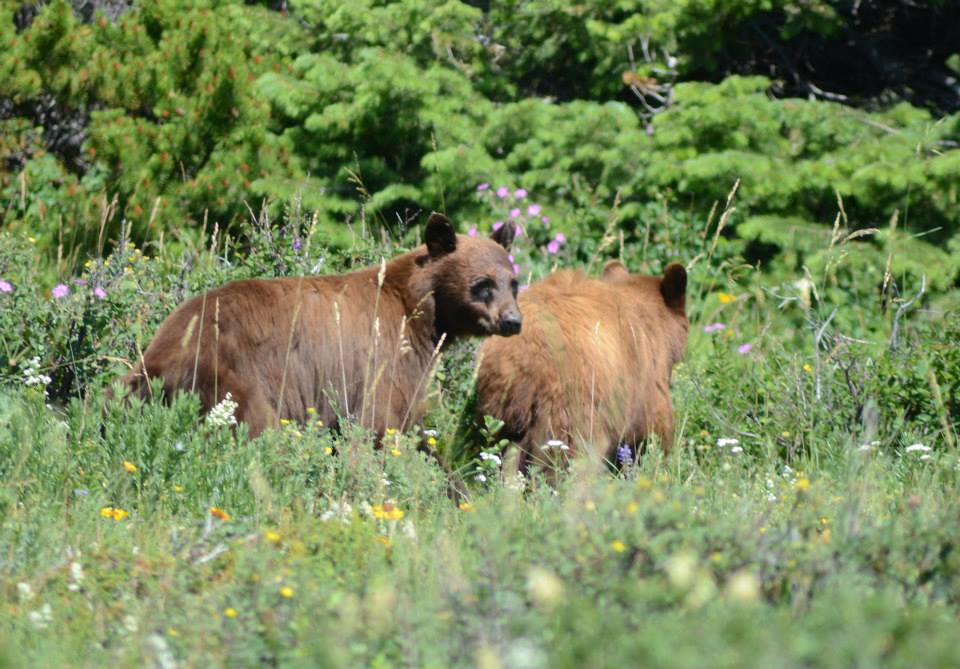 As Lagena and I drove through border patrol, the Canadian officer asked us how long of a stay we planned. When we told him only the day, he raised an eyebrow to the overstuffed vehicle and said “really?”. But I’m pretty sure our innocent look assured him we were not smugglers or running from the law.

Crossing the border to get back into the United States, our innocent looks didn’t get us as far. The border guards instructed us to turn off the vehicle and pop the hood. But Lagena could not remember how to pop the hood of her car. When the guard asked her how long she had the car, she answered “forever!”. I’m pretty sure this did not help our case that we were not hiding drugs in the hood of her vehicle. But in the end even the border patrol had a hard time figuring how to to open the hood of her car.

Be sure to check what time the border crossings close, so you are not driving a long way around to get back.

According the the park’s website, Waterton Lakes National Park showcases the region where the prairies of Alberta meet the mountains of the northern Rockies. The park also features the historic Prince of Wales Hotel. I was excited to see the hotel because it is extremely picturesque sitting among the mountains. For more information about the hotel click here. 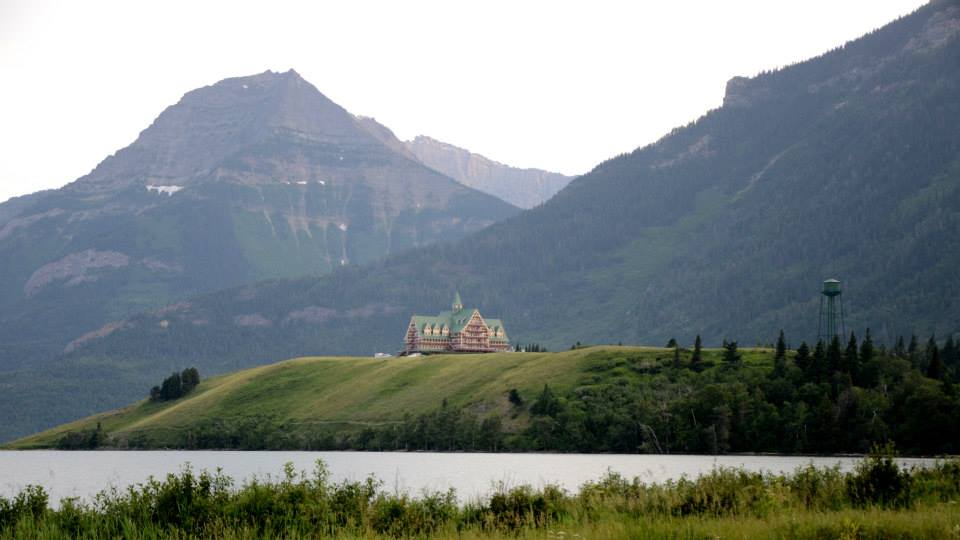 After we walked through the hotel and took in the scenery surrounding it, Lagena and I drove through the quaint town. We walked down to the glacier-cut lake before hiking up a mountain. 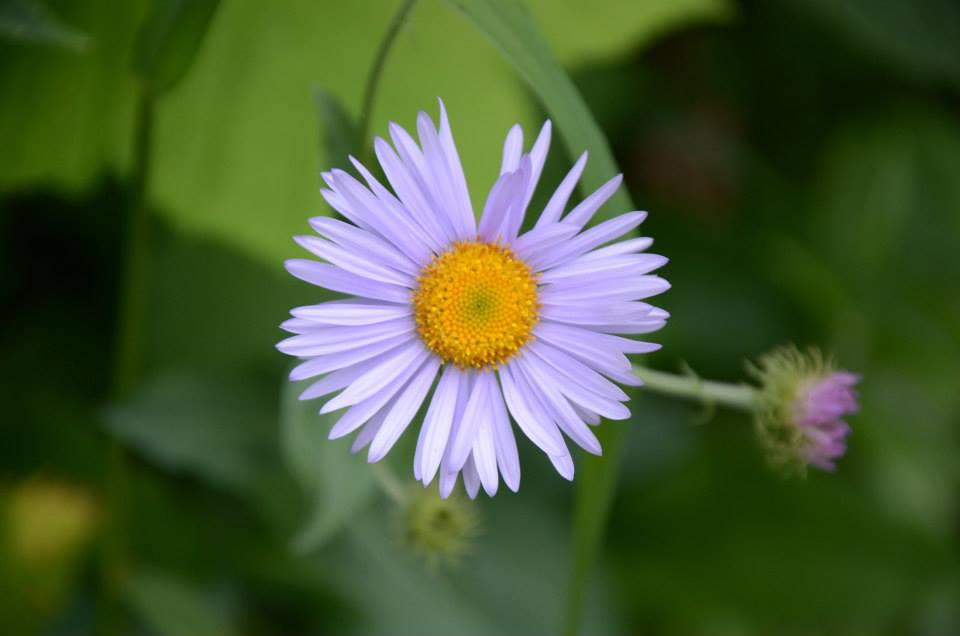 We picked a five-mile round trip trail to Bertha Lake. The first thing I realized as we began our hike was how humid the area is. I was expecting something like Colorado, but this area reminded more of North Carolina. The vegetation is thick.

Areas like this you need to be sure you are making enough noise to ward off bears that can be hiding in the undergrowth. Surprising a grizzly bear is not something you want to do. Human voices are louder than bear bells, so talking and/or clapping is one of the best ways to let the bear know you are coming.

The trail zigzags as it makes its way up to the lake, and I got a little winded on the hike up. But whatever discomfort I felt, the scenery was more than worth it. Lagena and I walked around the lake a little ways. I loved seeing and hearing the snow melt waterfalls cascade into the lake. 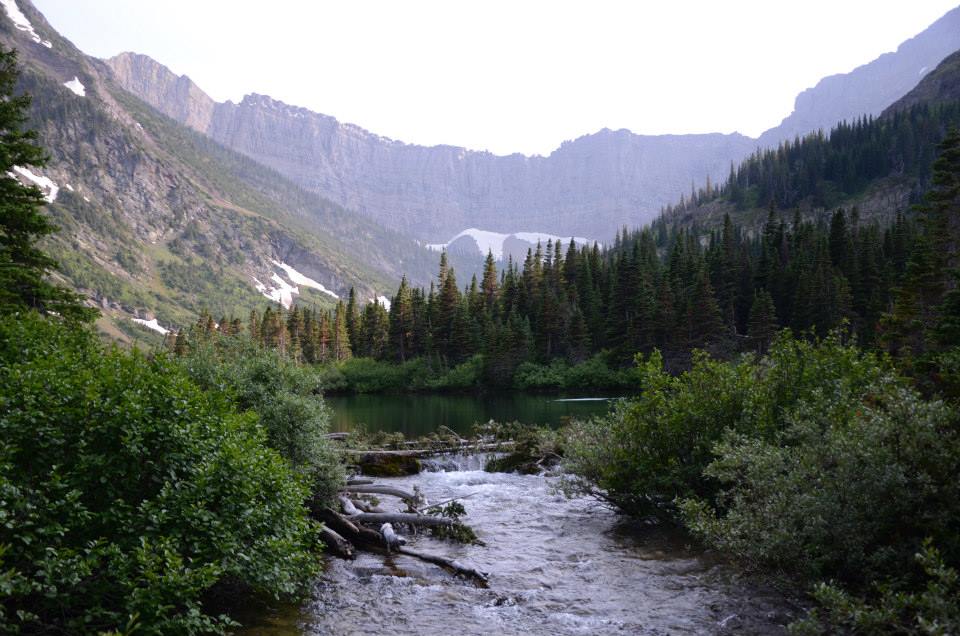 On the hike down we stopped to enjoy the view of the town and hotel from up high.

When I visit a place, I like to spend more time in one place than not enough time in many places. Even though we can cover more area by car, I prefer to backpack and take in the park by foot. Because the snow was slow to melt from higher elevations, Lagena and I could not hike the trail I picked out ahead of time. So we decided to hike a trail at lower elevations.

We hiked to the foot of Elizabeth Lake from the Chief Mountain Customs trailhead. Our backcountry site was about 10 miles from trailhead. Because of the snow at higher elevations, we chose to hike it out and back, meaning hiking out the same path we hike in.

We hiked through beautiful mountain meadows surrounded by tall peaks far from civilization. This is how I like to experience a national park.

No trip to Glacier National Park is complete without driving at least some portion of the famous Going-to-the-Sun Road. The 50-mile stretch of road takes you from the east entrance of the park to the west entrance. It climbs high into the mountains, and offers some of the park’s most spectacular mountainscapes. 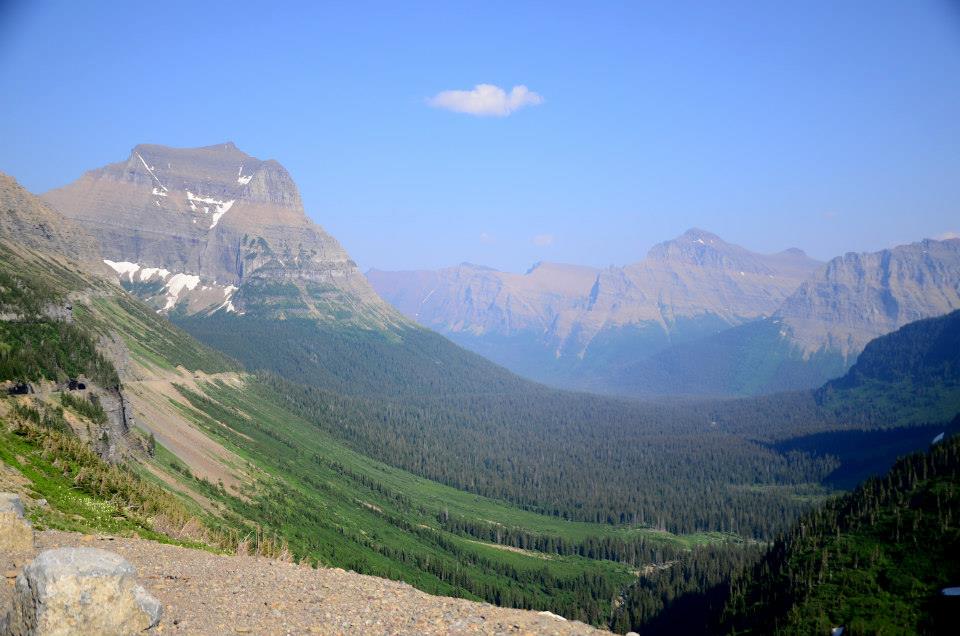 If you are afraid of heights, you might want to be a passenger. In fact the driver’s side of the car in the backseat is probably the best place so you are not looking straight down the side of the mountain in the alpine section. 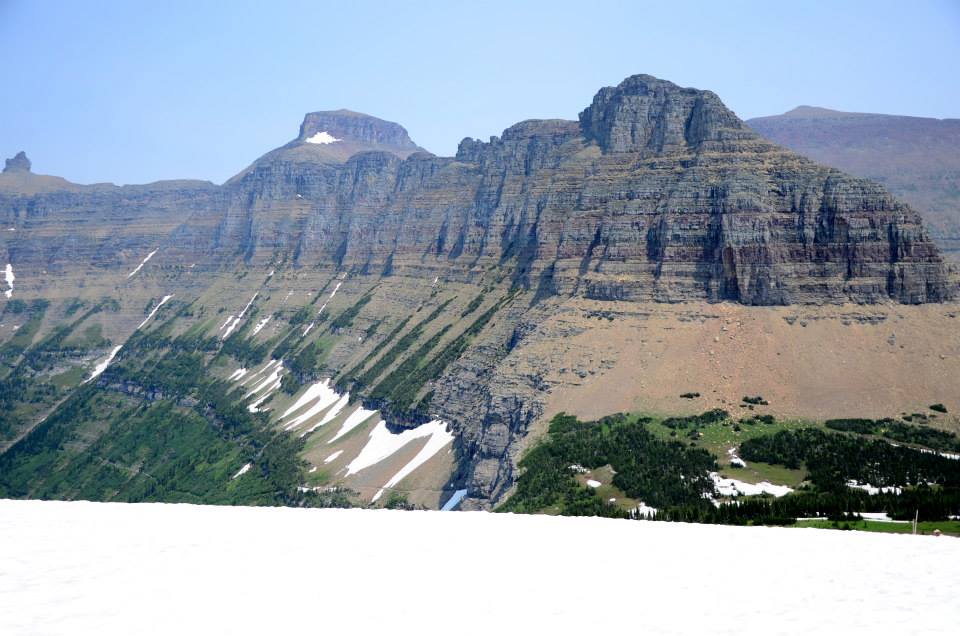 The road takes about two hours to drive. Lagena and I stopped, hiked, and spent some time at the vistas. We then had to dive back, so we made a day of it.

When we got to Logan Pass, the highest point on the road, the ground was still covered in snow. We hiked to Hidden Lake overlook on what I believe was an interpretative trail, but the interpretive part was covered in snow. I loved watching some people hike on the snow in flipflops, while others sledded down the slope of the mountain. 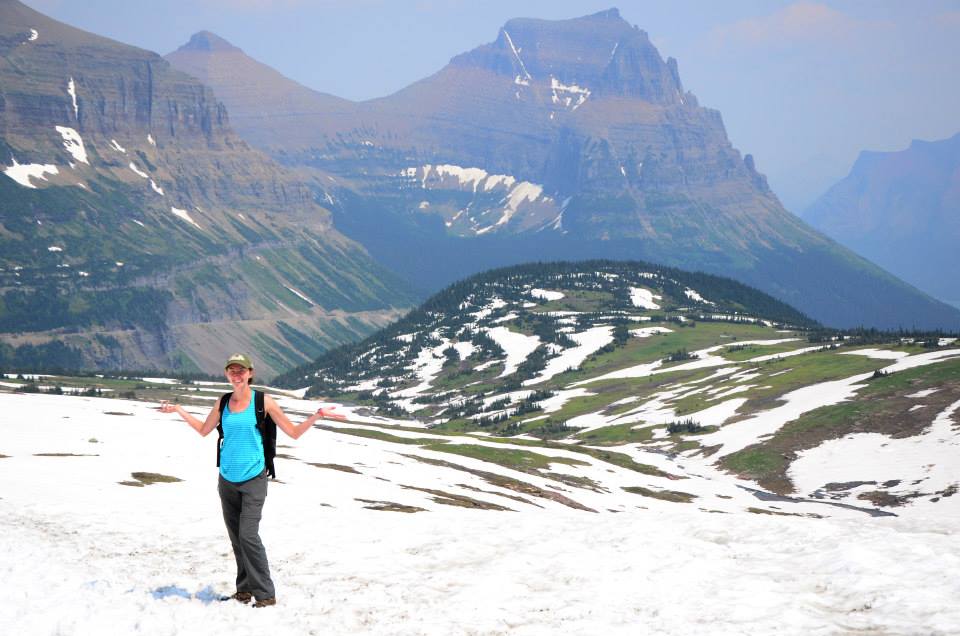 Things I wish we had time to do

Glacier National Park is one of my favorite parks and I will definitely being going back. Other than Going-to-the-Sun Road, we did not spend any time in the west part of the park. The west part is different in flora as the mountains provide a barrier for the weather.

I also would have like to hike the Grinnell Complex. A series of hikes that take you to the Grinnell Glacier. Iceberg Lake, a 9-mile, round trip hike to a lake with floating ice year-round is also something I wanted to do but didn’t have time for. 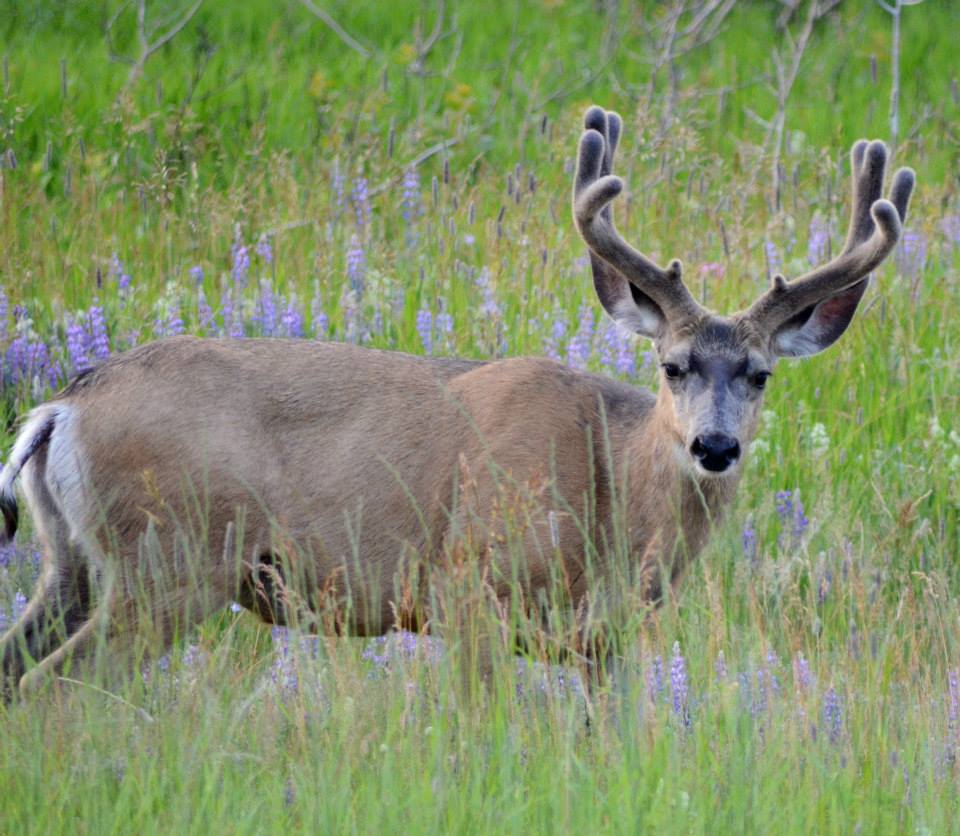 Now is the optimal time to go if you want to see a glacier. They have been shrinking for many years and are estimated to be gone soon. But even if you don’t hike to a glacier or have trouble determining a glacier from a snowfield in the distance (Lagena and I made this mistake often), the mountain scenery is so beautiful, the park is a must see. 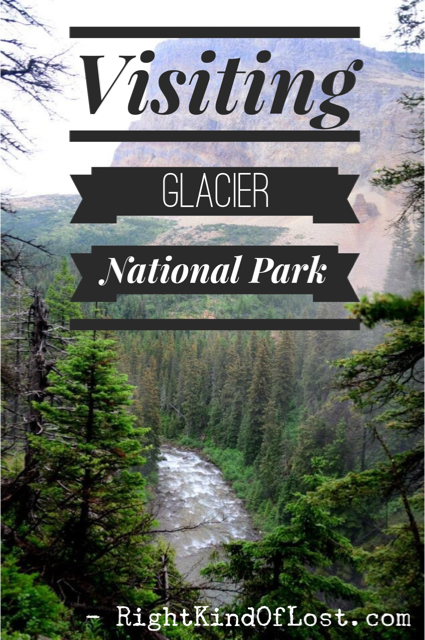