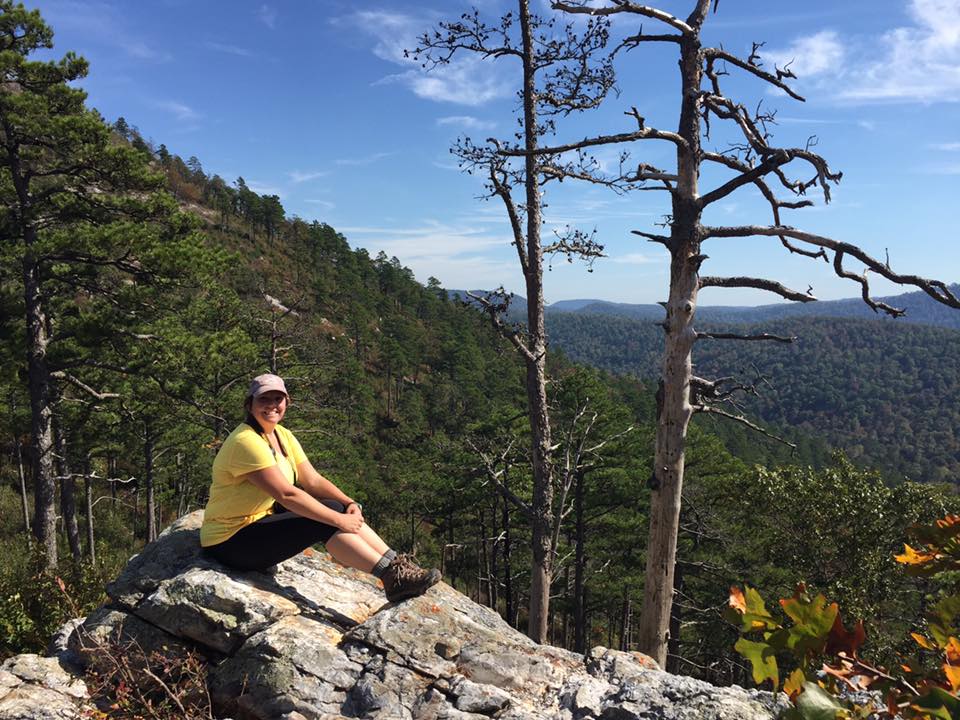 In one of the rare moments of my eyes not being glued to the ground below me as I rode my bike through the woods last Sunday, I caught a glimpse of something off just before looking back to the rocks and roots below me.

It was something out of the ordinary, I looked again and saw some bright orange that seem to give me a small wave. This startled me and I gave out a quick scream. Then realized it was a bow hunter standing up against the tree. As I zoomed pasted I whispered a “Sorry!” I already had this blog post about hiking in hunting season safety tips planned out. But it just so happens Sunday is actually the first time I have ever seen a hunter on the trail.

But hiking in hunting season safety guidelines are something we need to take seriously. As hikers, backpackers, or just explorers and lovers of nature, we need to understand that the woods belong to everyone, and that includes hunters.

I have only been hunting about, ummm … once. I am not against hunting, I believe it is great for conservation efforts through hunting fees and population control. But it’s just not my cup of tea.

But I love being in the woods the same time as the hunters. And I have a feeling I’m not alone on that. So I’ve compiled a list of guidelines for hiking in hunting season safety.

This is always a good idea anyway. But bright colors, especially blaze orange, signal to hunters that you are not a a deer. Fortunately on Sunday I was wearing a long sleeved bright orange shirt with a yellow backpack. So I for sure stuck out. And it’s a good idea to have lots of color on you because sometimes hunters are looking through the trees and only catch pieces of you. 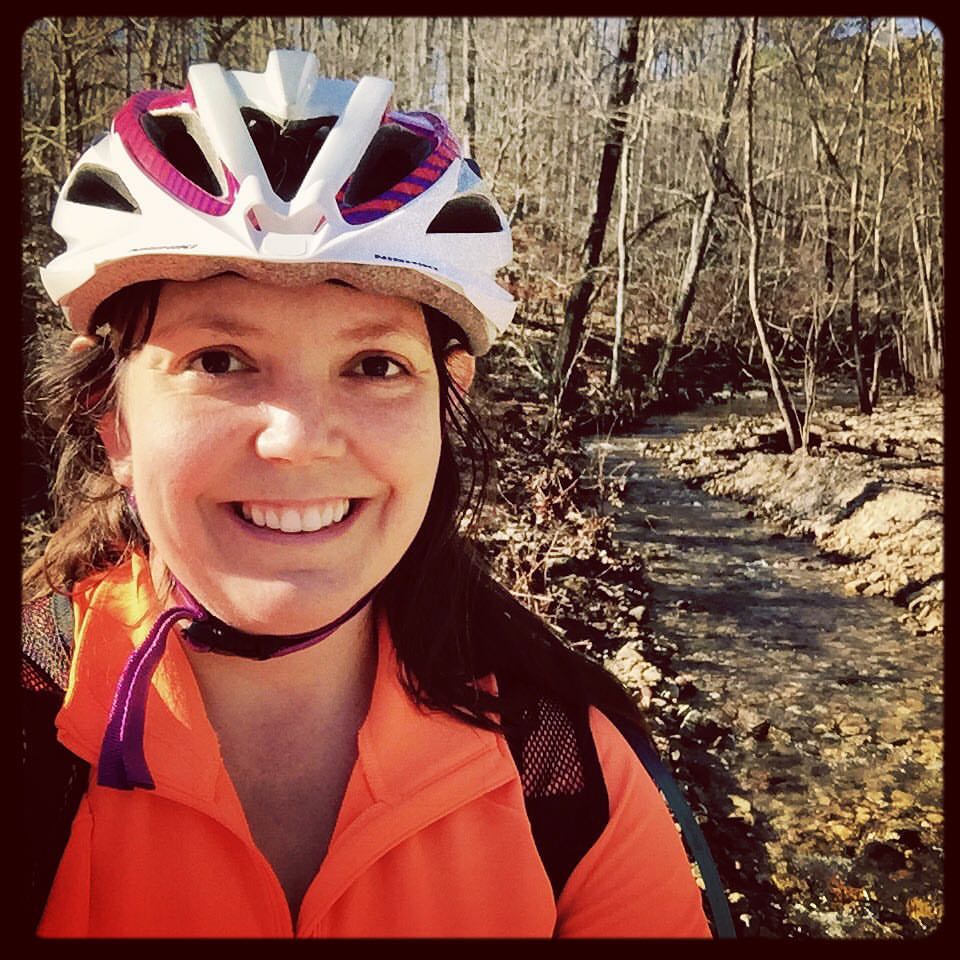 And just as you need to silently yell at the hunters that you are not prey with you orange attire, your dogs also need to be flagged. For my dog, I have a vest that goes over her back. It is also reflective so it helps when I’m running in my neighborhood or walking her at night.

3. Know when and what the season is

It is very important to be aware of what is in season and who you might run into on the trail. And I don’t just mean deer, duck, elk, bear, and the like. You need to know if it is modern gun season, muzzleloader season, or bow season. This will help you assess how far a hunter might be from you before he takes his shot.

4. Know if hunting is allowed

Some places allow hunting, others don’t. And just because you think hunting isn’t allowed, doesn’t mean you won’t find hunters. And some towns even allow an urban hunt when the population of deer gets out of control. So always make sure you know if there is a chance to run into a hunter.

Now, hunters are not going to like you for this one. But just as we want to make noise so we don’t surprise a bear, we need to make noise so hunters know we are people and not prey. On my bike ride, I’m sure the hunter wasn’t happy with me because I made lots of noise. Mostly cursing at uphills and screams of fright at the downhills, but never the less no one was going to mistake me for a deer. Making noise is a great way to assure hiking in hunting season safety. 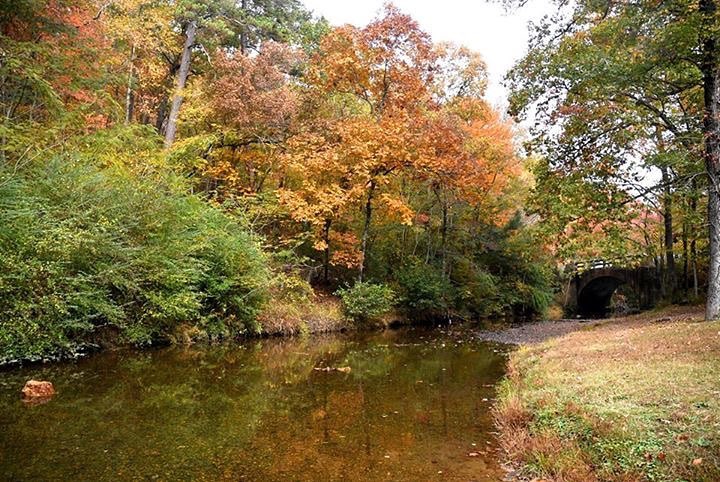 A beautiful fall scene from Hot Springs National Park, where hunting is not allowed

Most hunters are out when the animals are moving. This is also another reason to know what is in season. But in general, you’ll find more hunters in the dawn and dusk hours. If you want to minimize your encounters with hunters, I would suggest avoiding those times.

7. Avoid hiking where hunting is allowed

A few years ago I went on a backpacking trip with a friend during the first weekend of modern gun deer season. We had a long weekend and I knew every hunter in Arkansas was going to be in the woods. So we opted for the Buffalo National River, where hunting is allowed in some areas, but we were less likely to run into a hunter. We still wore our bright colors and made noise, just to be safe. Hiking in a place like a national park where hunting is not allowed is a great way to assure hiking in hunting season safety.

Just because it’s hunting season doesn’t mean you have to stay out of the wood. But you do need to use extra precautions. Also as a disclaimer, I am not a hunting safety instructor nor an expert on hunting safety. It is a great idea to check with your local game and fish office for the best advice. 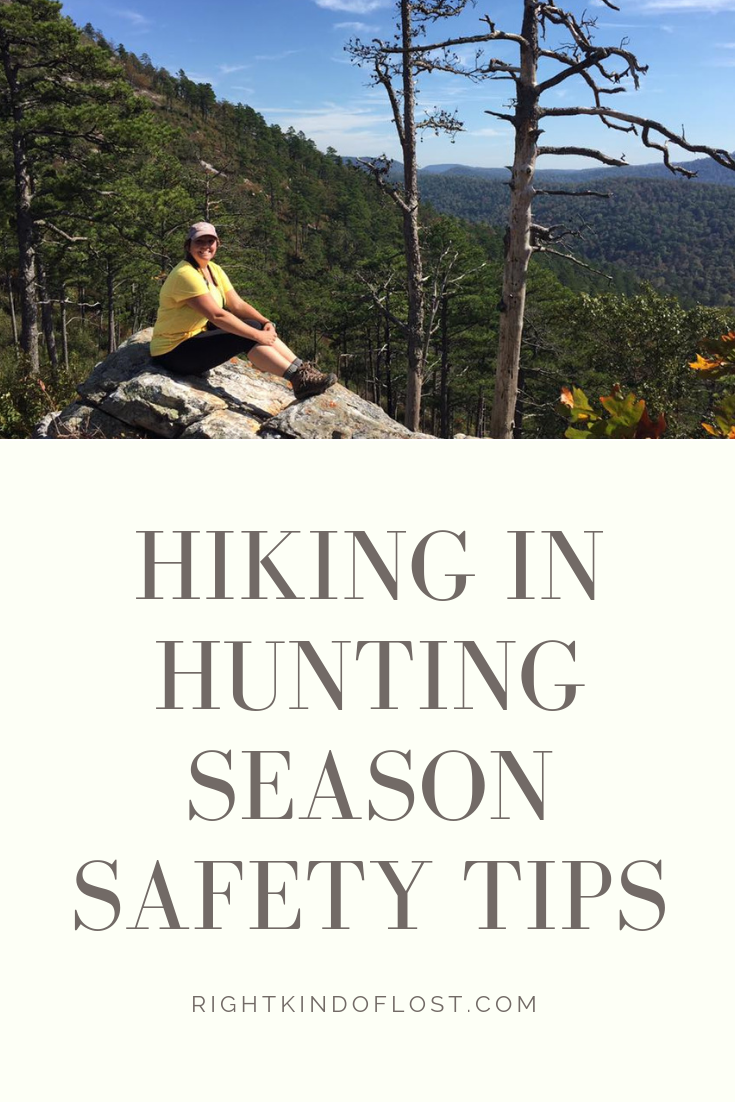