How I Trained for a 14er and the Mistakes I made 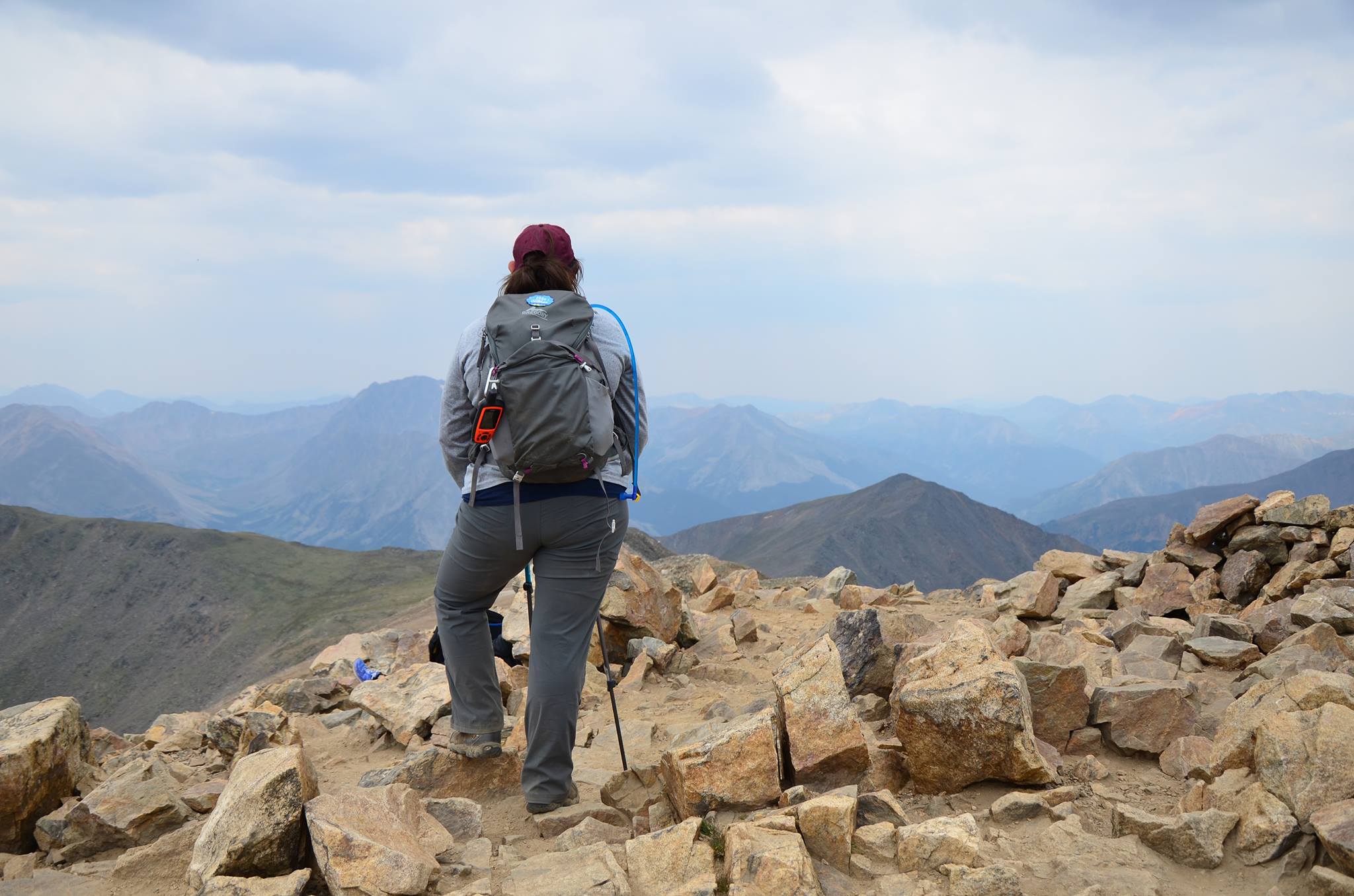 Taking in the view on the summit of Mount Elbert

Hiking in high altitude is something to be taken seriously and something you have to prepare for, especially when you live near sea level. But how do you train for a 14er when you live at sea level? Here is how I trained for a 14er hike and a few mistakes I made along the way.

I live at about 400 feet in elevation in Arkansas. Two weeks ago, I summited my first 14er, Mount Elbert at 14,433 and then two days later, I summited my second Mount Bierstadt at 14,065.

How altitude affects your body

When you hike at high altitude, you are not only demanding your muscles do more work, but you are also depriving them of the needed oxygen to do that extra work. When training for a 14er it important to prepare yourself for low oxygen in addition to getting your muscles in shape.

As you climb higher there is less oxygen is in the air and the harder you lungs have to work to gather oxygen. The Institute for Altitude Medicine is a great resource for more information on altitude sickness.

Altitude sickness, or mountain sickness, is a real problem and not something to be taken lightly. Some symptoms of altitude sickness include headache, dizziness, nausea, vomiting, fatigue, shortness of breath, problems with sleep, and less appetite.

Fortunately the times I have spent in high altitude, I have not felt the affects of altitude sickness.

In training for a 14er, you will want to increase your lung capacity. Working your lungs their full potential will help you when you are exerted in thin air. When you are above a certain amount of feet in elevation, it feels like you can’t catch your breath, which causes you to huff and puff to pull in as much oxygen as possible. 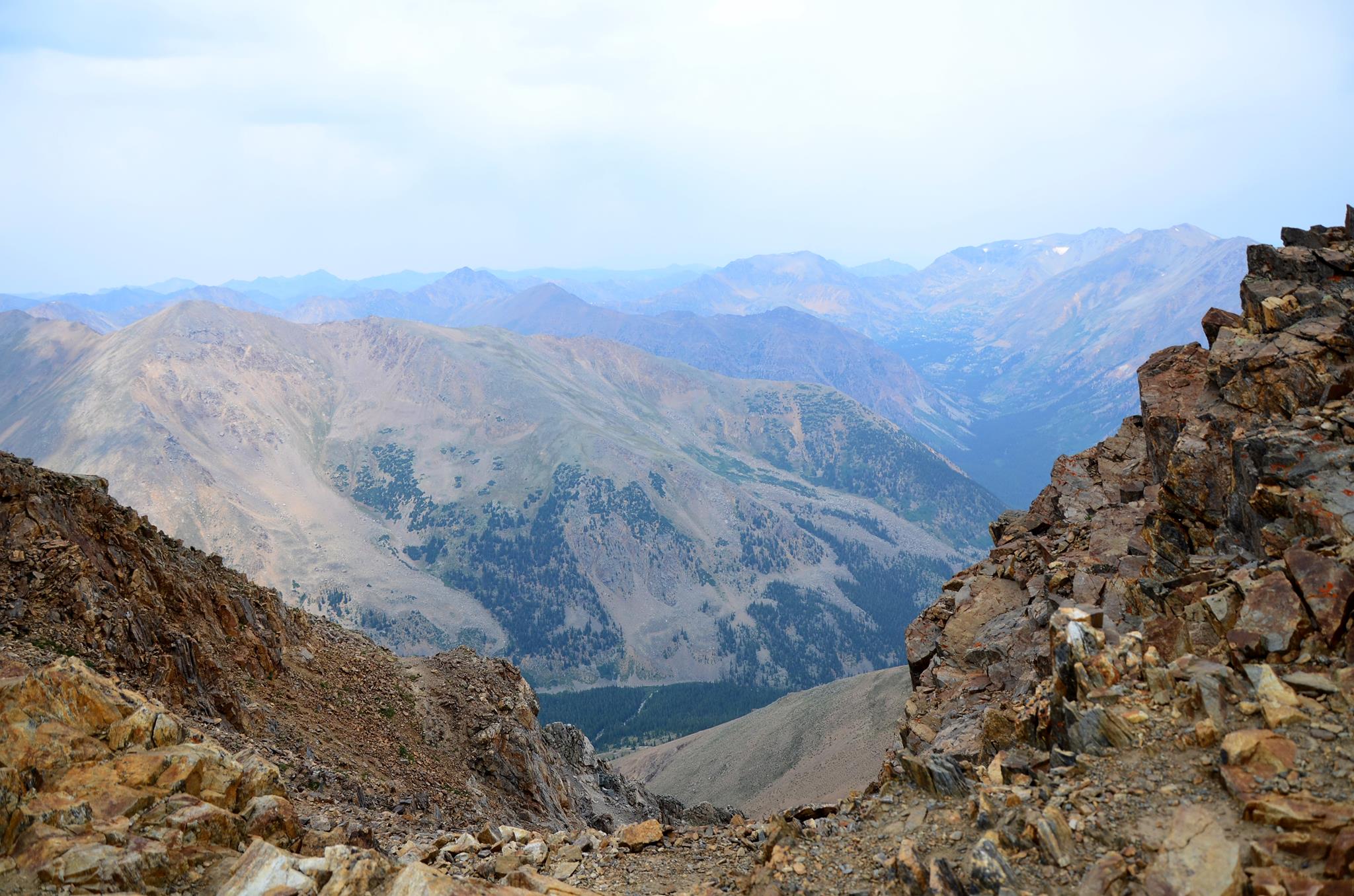 The summit of Mount Elbert

What I did wrong is that I did not begin my training early enough. My hike was on Aug. 1, and all spring I had plans to begin running. However I didn’t start my couch to 10K training program until, umm … June 25, which only gave me a whopping month to get my lungs up to speed.

The last time I hiked at any high elevation before my 14er hikes was on Wheeler Peak in New Mexico. At that time I was training for a 10K and was able to comfortably run four miles. I really believe the running helped me to breath easier in high altitude.

Some people train with an elevation training mask to get you used to the lack of oxygen. However I chose not to use one.

Running, or other consistent exercise, also increases your stamina. And you will need to work to increase in your training for a 14er. This will aid in your body’s ability to work harder to gather oxygen, but it is also good to assist you in the long and hard hike you will have to undertake to the summit.

One of my main problems was the constant, grueling uphill climb. The trails I trained on in Arkansas don’t generally go up more than 1,000 feet before they level out or give you a break with a downhill. However the 14ers go up, and up, and up. On my Mount Elbert hike I climbed 4,100 feet and on Mount Bierstadt I climbed 2,850 feet.

Had I been running like I planned while training for a 14er, I would have had much more stamina.

Spend time at a higher elevation to adjust before your hike

In training for a 14er, it is also important to spend some time to acclimate to the altitude. During my trip, I hiked Mount Elbert on a Wednesday and then Mount Bierstadt on the following Friday. But on the Saturday, before I began staying at 8,000 feet and above. 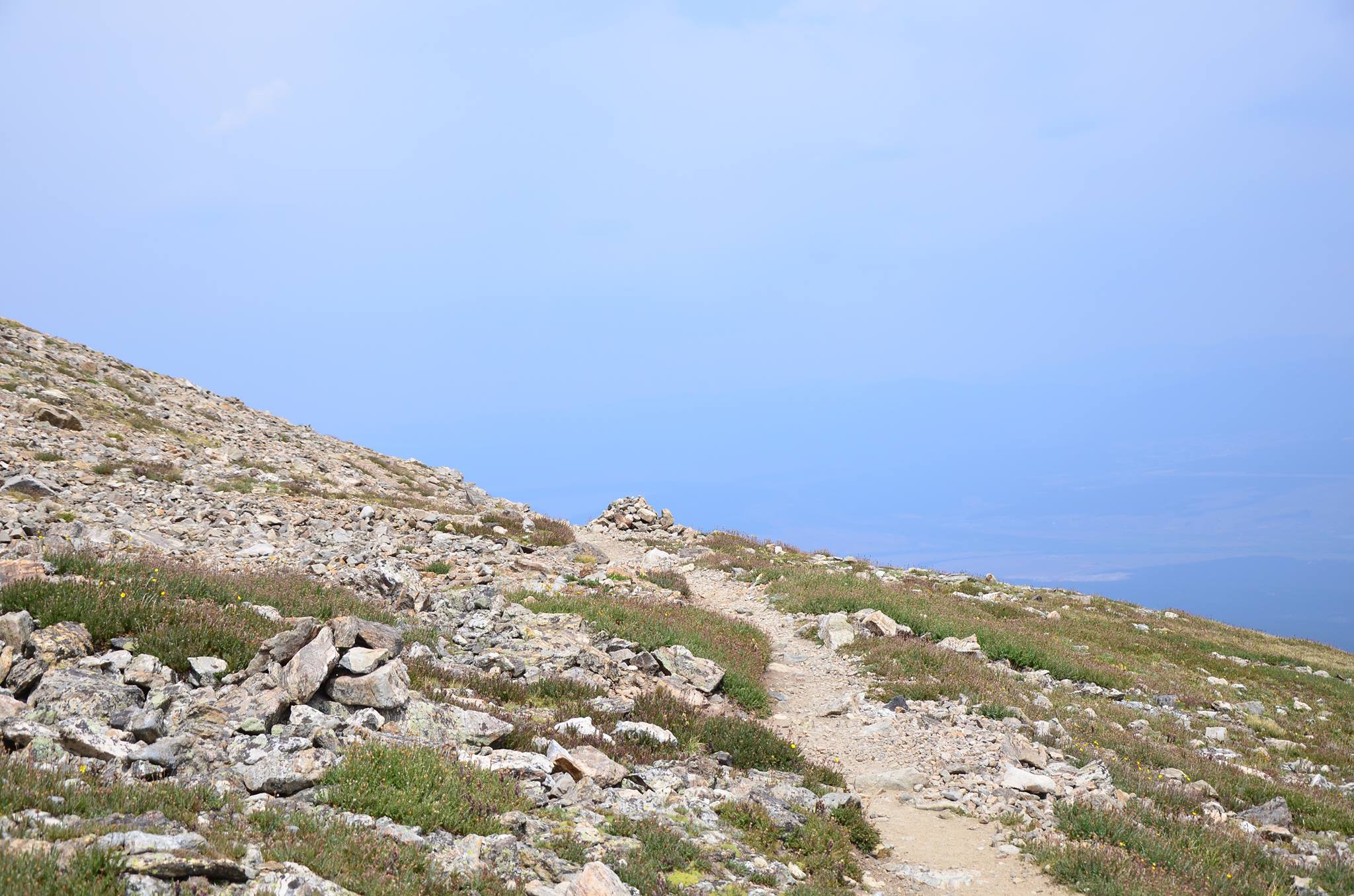 All the time before my hikes at a higher elevation than I am used really helped me to adjust to as I climbed Mount Elbert and Mount Bierstadt.

While hiking my two 14ers, I found that I had to take breaks way more often than I do at home. In fact on Mount Elbert, I would take about three steps and then stand for a second to breath. I found I tired out very quickly. I simply didn’t have the energy to lift my leg up to take that next step.

However, after the hike I was barely sore. Hiking Elbert and Bierstadt my muscles were oxygen deprived and therefore tired out a lot faster.

I hiked the east ridge on Mount Elbert, which is about five miles one way. At home in Arkansas, I can hike five mile in two and half hours. Add the elevation gain I had on Elbert to an Arkansas hike and it would take me about three and half to four hours. It took me six and half hours to make it to the summit on Mount Elbert.

I budgeted five hours and then some extra just in case, and I’m glad I did.

It is important to note that you should be off the summit by noon because afternoon storms can pop up and the weather is unpredictable. Most people begin at sunrise. I aimed to begin from 30 minutes to an hour before sunrise because I knew I was going to be slower than most.

Not fueling properly is another mistake I made. I ate my two packs of oatmeal, packed a snack and a Cliff Bar for lunch. I added one other Cliff Bar for good measure, and called it good. That is how I would fuel for an epic hike at home.

I completely under estimated how many calories I would burn. My Garmin told me I burned more than 3,000 calories on the hike alone.

You also want to make sure you stay hydrated!

It’s not just the attitude you need to prepare for while training for a 14er. If you live in place like I do, there’s not much that compares to the elevation gain you are going to encounter on a 14er. I trained for the elevation gain by simply picking the longest and toughest trails.

However a mistake I made was that it got hot in Arkansas and I quit hiking around May and began paddling. I was still being active, I just wasn’t working the muscles I needed to. I am a fairly avid hiker and do have hiking muscles built up. So I was fairly confident I wouldn’t fall too far behind. 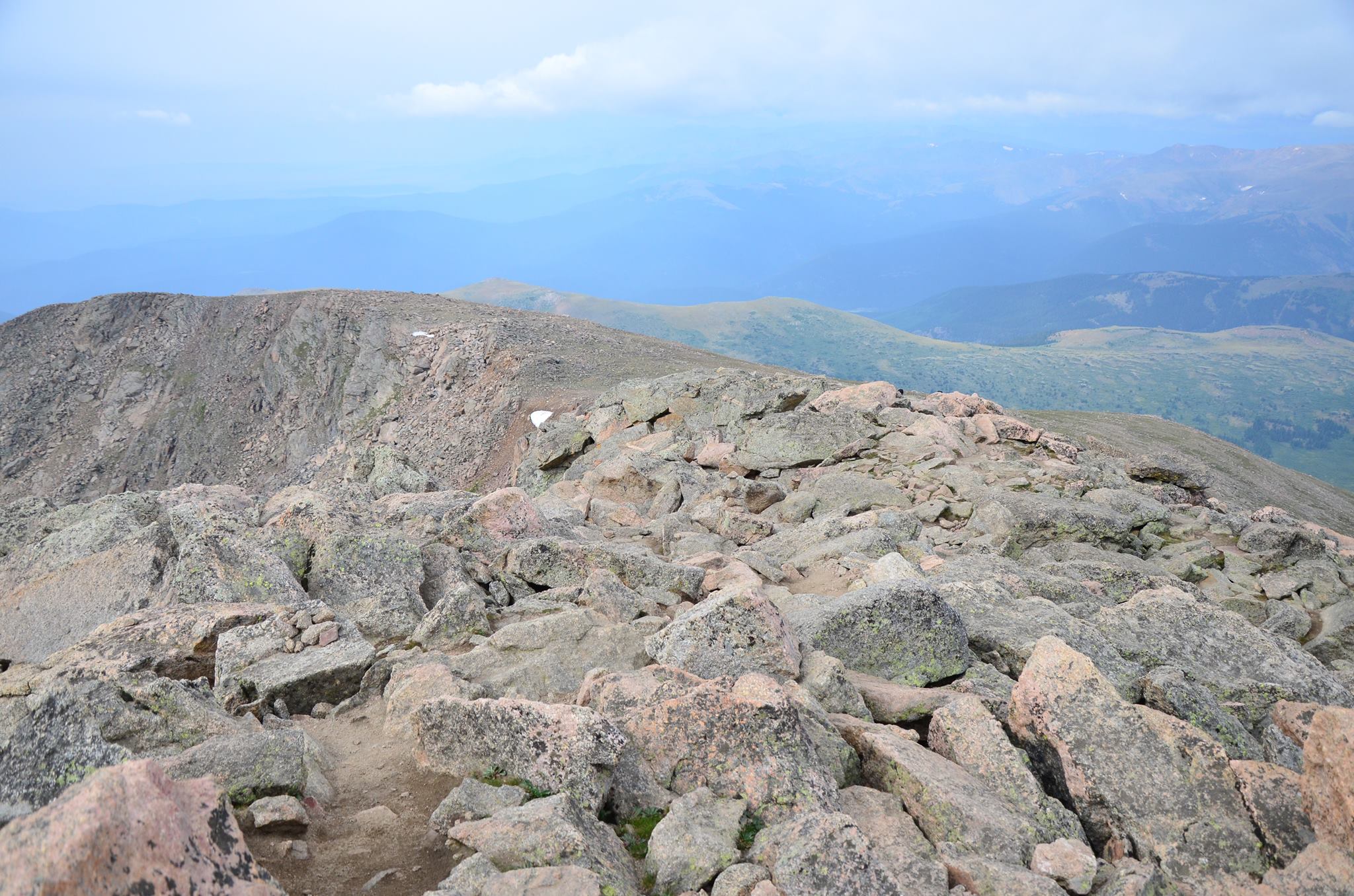 Mount Bierstadt at around 14,000 feet

If you live in an area of the country where it is mostly flat, one way to get that elevation training is to run the bleachers at your local school’s football field. I’ve also seen people at the gym with fully loaded packs on the the stair machine.

Training for a 14er, but if may not happen

There really isn’t one size fits all in finding a program in training for a 14er. These are the steps that I took and the lessons I learned.

I believe it is very important to note that you must listen to your body on your hike. If you begin to feel the symptoms of altitude sickness, you probably need to get to a lower elevation. It is also important to note to watch the clouds and get off the summit if they look like storm clouds. 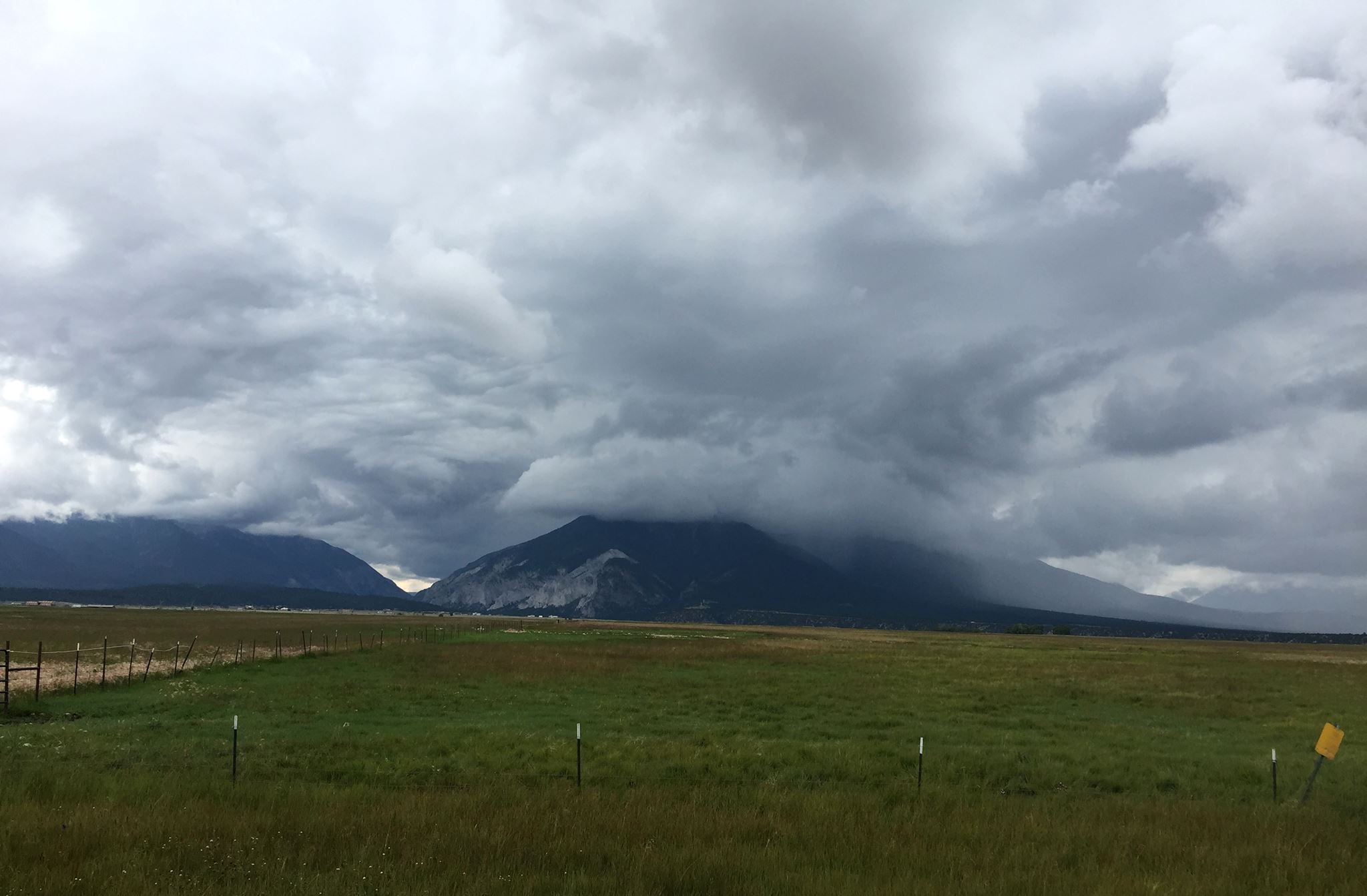 This is what it looked like the day I was supposed to summit a 14er last year.

It is not shameful to not summit, especially if it is because of altitude sickness or weather. Those are things that are not in your control.

Last year, I went to Colorado with the hopes of hiking a 14er, but it didn’t happen because of the weather. This year, I gave myself four days in Colorado to get it done just incase the weather was bad or I got sick.

When I hiked Wheeler Peak in New Mexico, I did not make the summit. I got really tired and thought it best to turn around rather than trip and fall because I was so tired.

I know the decision to not make the summit or your goal is hard to call, but your safety is more important. Then you can go back and do it another day. 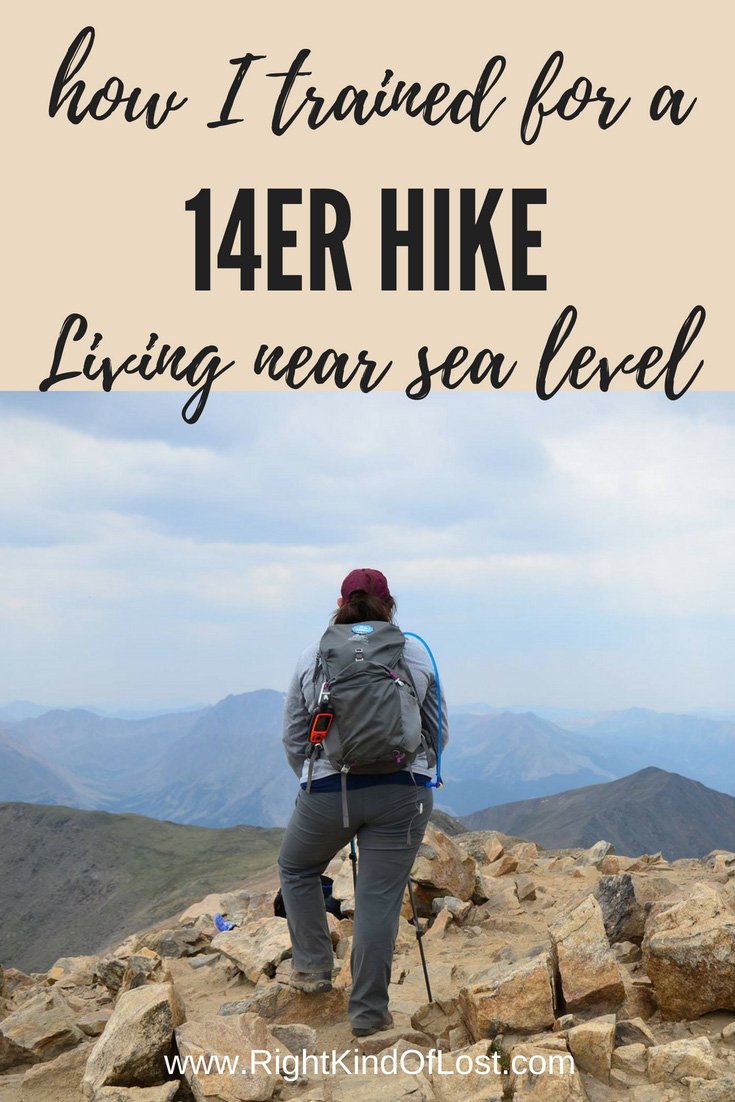