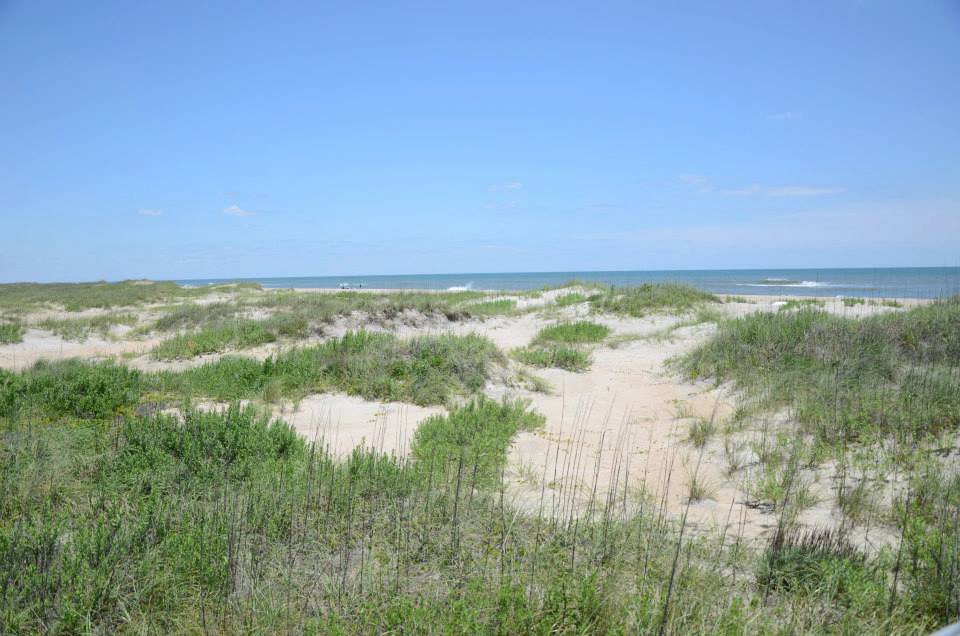 Summer is approaching quickly, and going to the beach is on many people’s minds. Did you know the National Park Service operates several beaches, which can make for an awesome get-away.

Within the National Park Service you can find national seashores and lakeshores, which provide visitors with unpolluted beach retreats. And a bonus is that they are not nearly as crowded as other popular beach destinations. You can even camp right on the beach in most of them.

National park beaches are a great way to see what the shores looked like before humans came along. 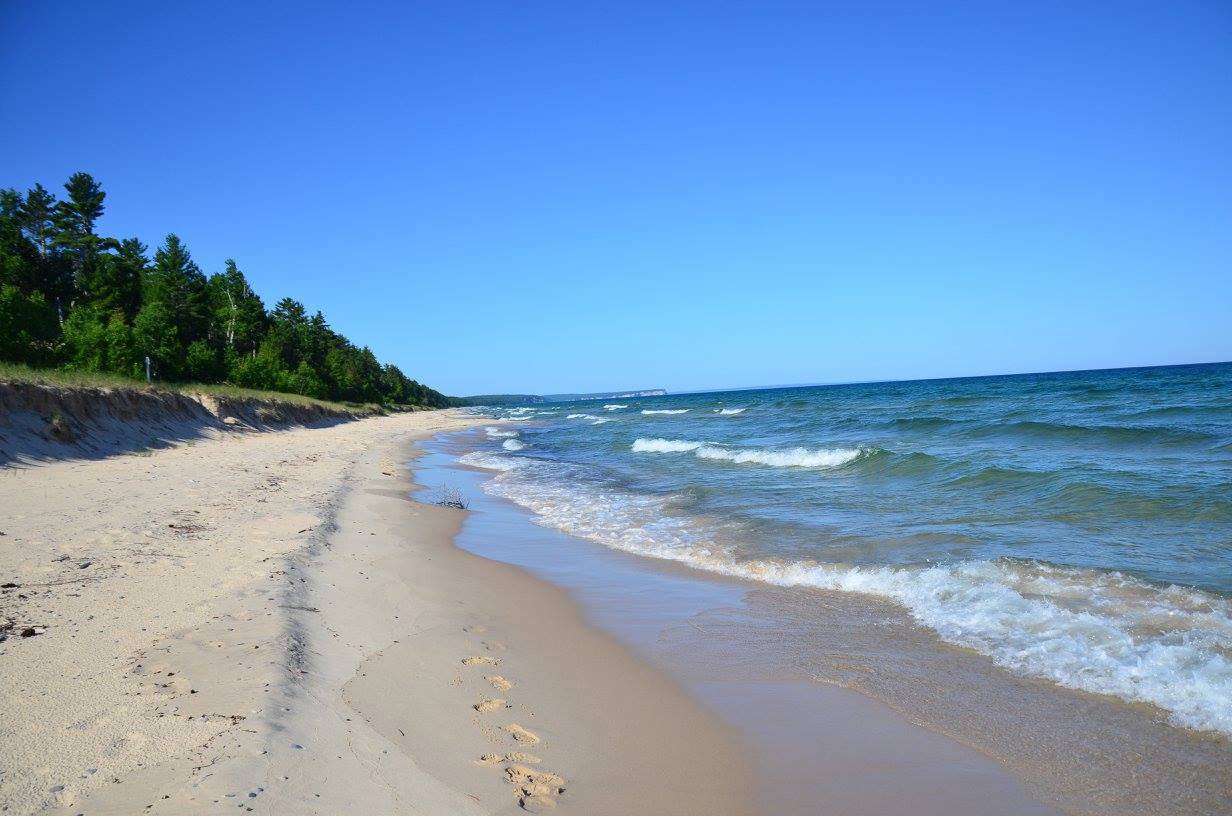 The Gulf Coast is a wonderful place to visit for your beach vacations. With crystal clear waters and white sandy beaches, the beauty is unmatched. The white sand also give the water a magnificent blue much like the Caribbean. 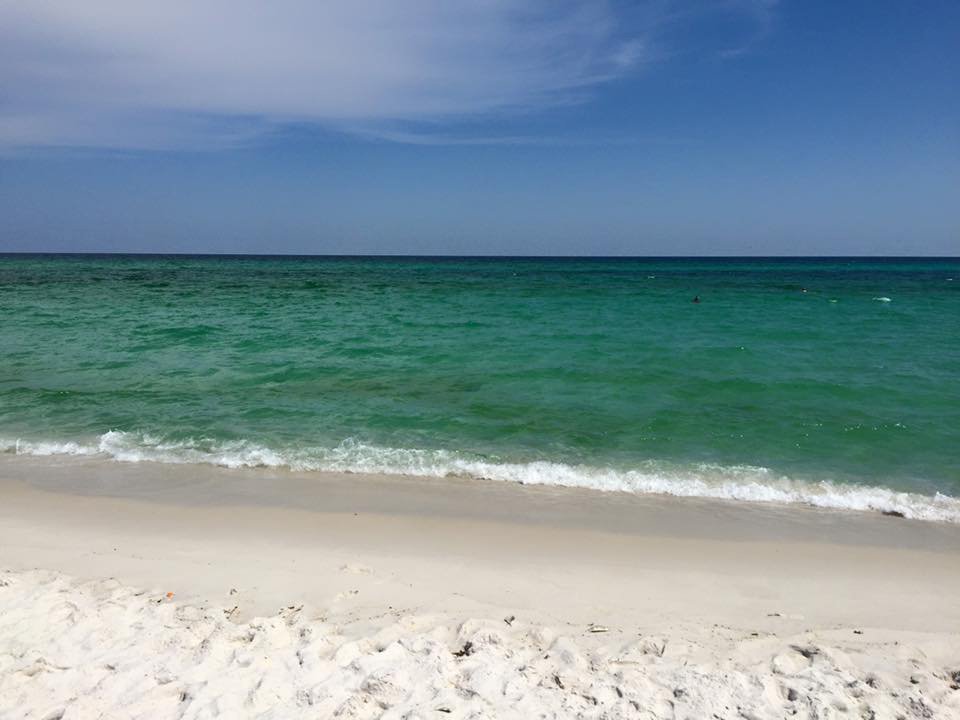 The first in line for national park beaches is Gulf Islands National Seashore.

Living in Arkansas, I always assumed people vacationed on the Gulf Coast because it is the closest to us. However, after I visited Florida two years ago, I realized it is also a premier beach vacation spot because of its beaches and waters.

The national seashore expands two states – Florida and Mississippi. My time on the seashore was at Pensacola Beach, Fla. Pensacola Beach is a great seaside town, but if you want to escape the scenery of condos and shopping, Gulf Islands National Seashore is just right there. So close actually that we rented bikes and rode from the town’s main intersection well into the national seashore. 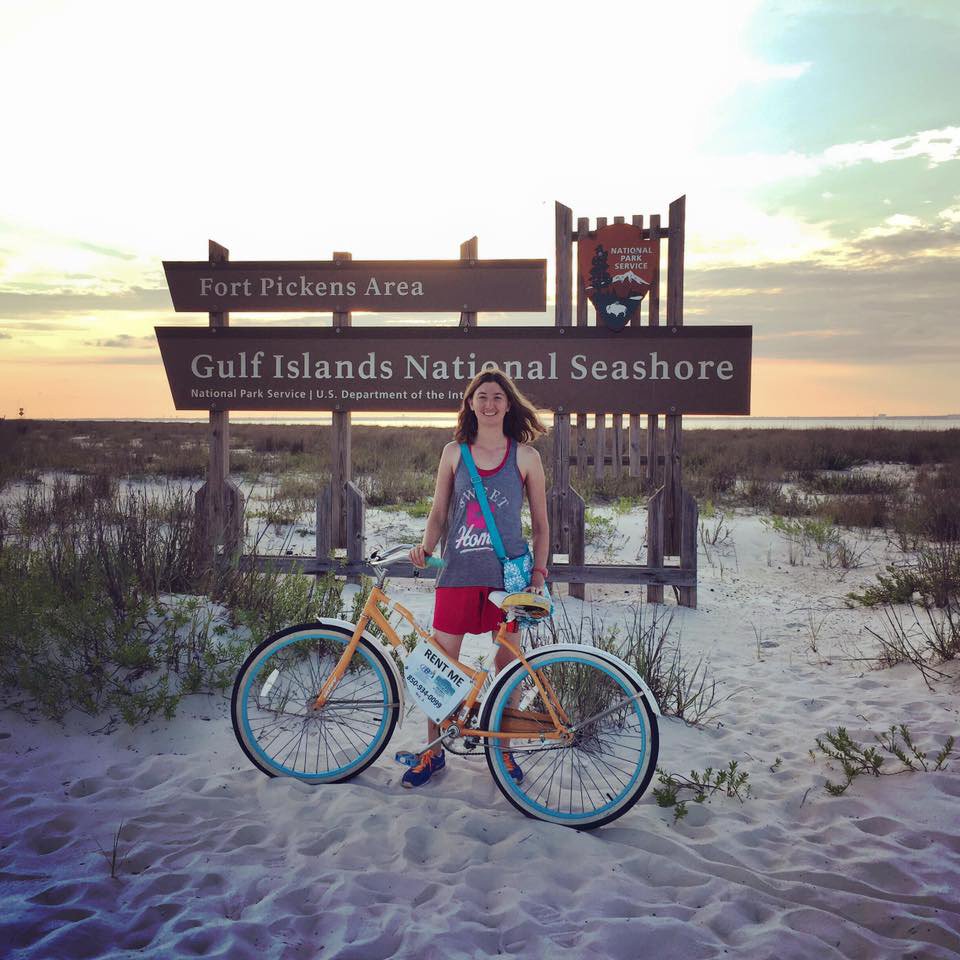 Lagena posing on our bike ride.

Gulf Islands also allows camping so you can fall asleep on the beach, which is cheaper than renting a condo.

For the history buffs, you can also tour historic forts along its shores. 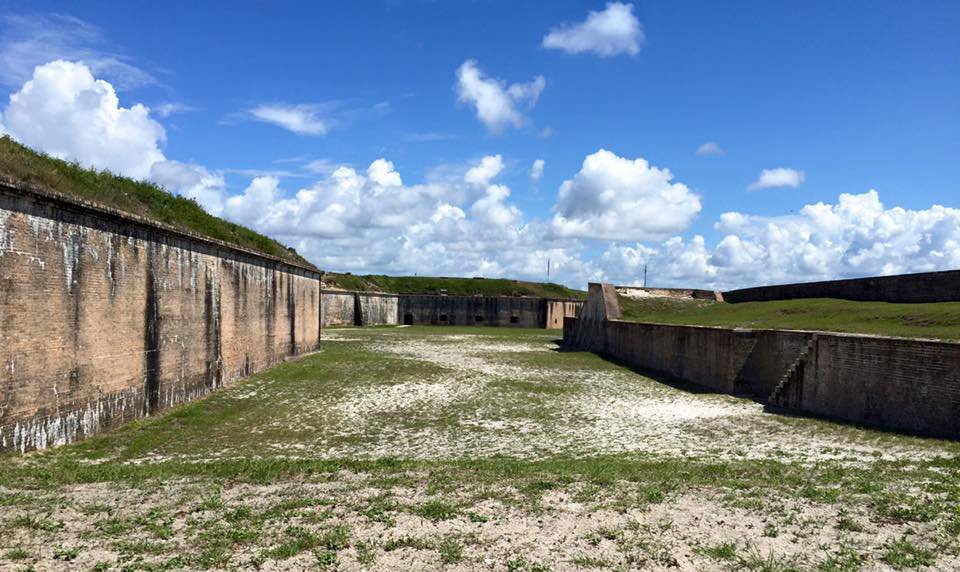 Another beach that has bright white sand and unbelievably blue water is Pictured Rocks National Lakeshore in Michigan. The beach also has rocky terrain as well as pebble beaches. It really has everything. 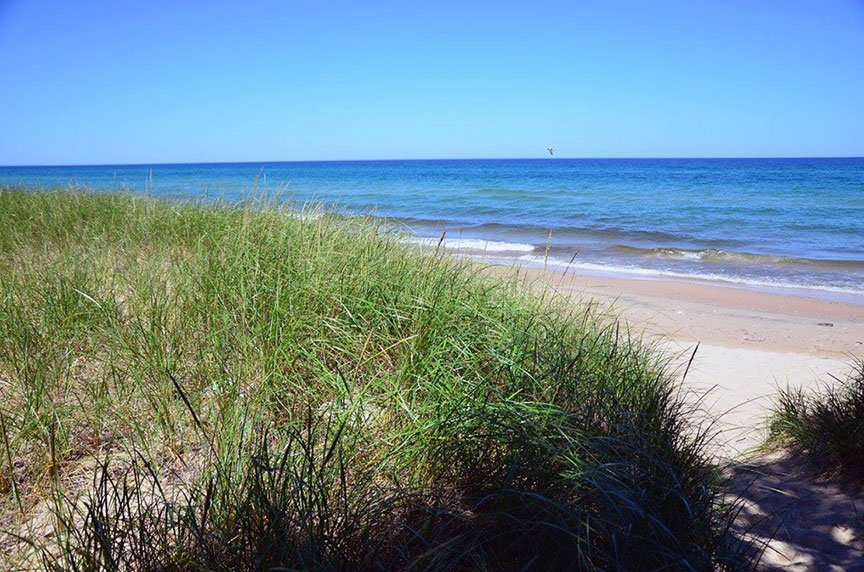 The Great Lakes State is home to a few national park beaches. Pictured Rocks is located on the southern shores of Lake Superior in the Upper Peninsula. And although, I visited the park in July, the cold water of the great lake was almost too cold to swim for this Southern girl.

The cold water actually helps give the water its jeweled blue color. Lake Superior does not get warm enough for algae to grow, which makes the water extremely clear.

One of the things about Pictured Rocks that I loved the most, was it high sculpted cliffs above the lake. I loved looking down on the water. We kayaked and backpacked along the shoreline and it was magnificent. 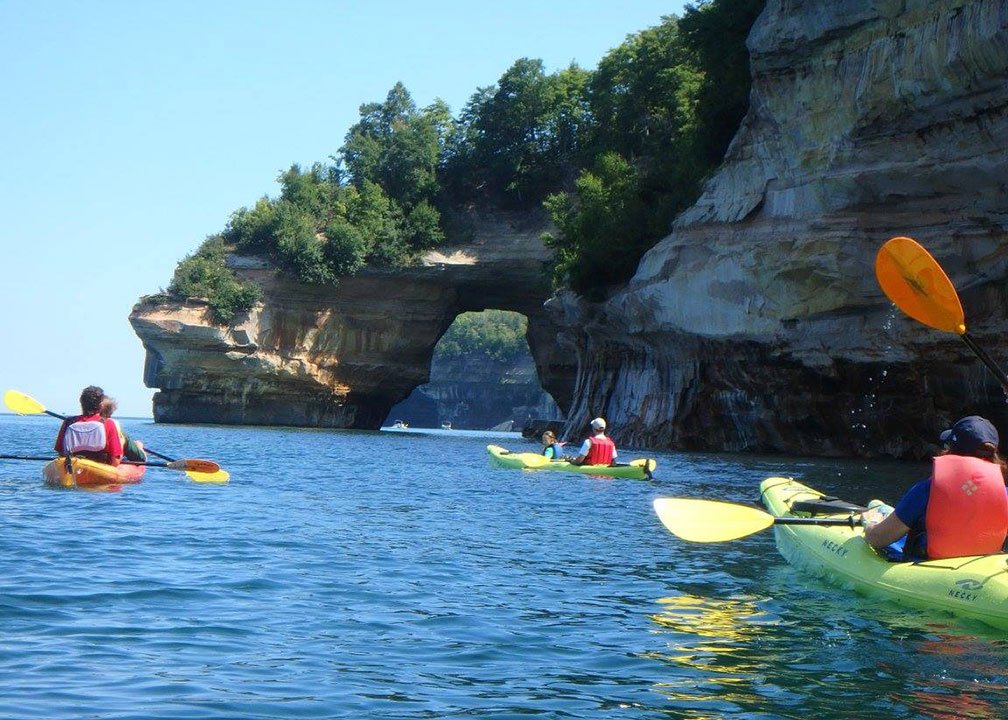 Camping along the beach was amazing. But be careful of biting flies. For a 24-hour period while we backpacked, we were attacked by swarms of them. It was miserable. But then the winds changed, and the flies blew somewhere else.

For the history buff you can tour a light house, or view shipwrecks in the water.

Cape Lookout National Seashore is part of the Outer Banks in North Carolina. There are no bridges onto the barrier island, but you can take a ferry to it.

You can camp pretty much anywhere for free on the island. But be careful you don’t pitch your tent too close to the water and get swept away by the tide. 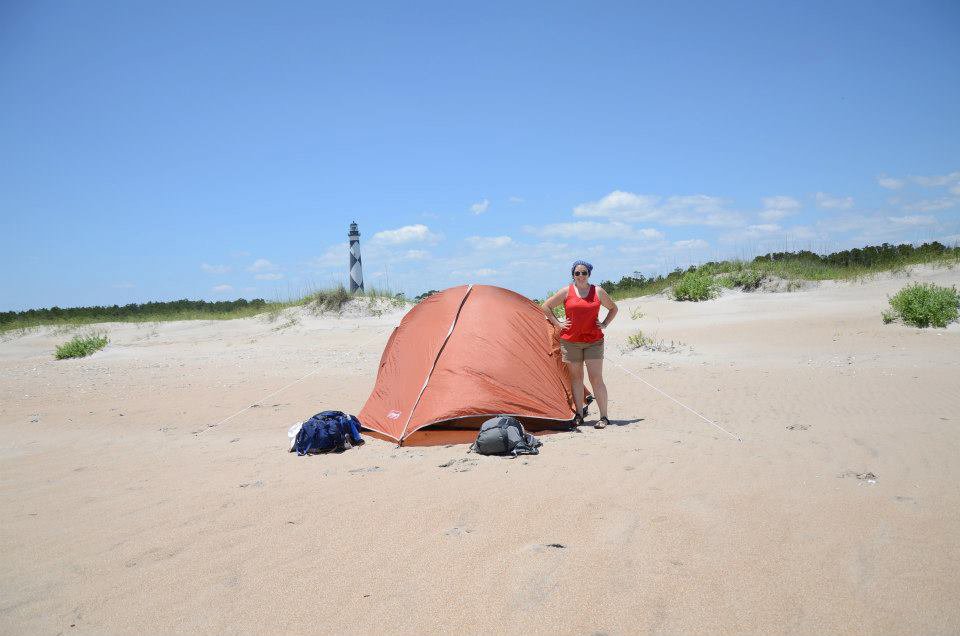 Camping on the beach at Cape Lookout National Seashore.

The sand is a little more pebbly and has broken seashells. And because we were right on the Atlantic Ocean, we had a constant wind. It made for nice waves, but as we slept the wind blew sand in our tent all night. We had a rainfly on, but it blew it up under it and into the tent. It was very nice to go to sleep to the crashing waves, which almost made up for the sand storm inside the tent.

Be on the lookout for wild horses that roam the Outer Banks. We saw some as we ferried back to the mainland.

History buffs will not be disappointed here either, as it is rich in history. There is a historic town, Portsmith Village, as well as a light house. 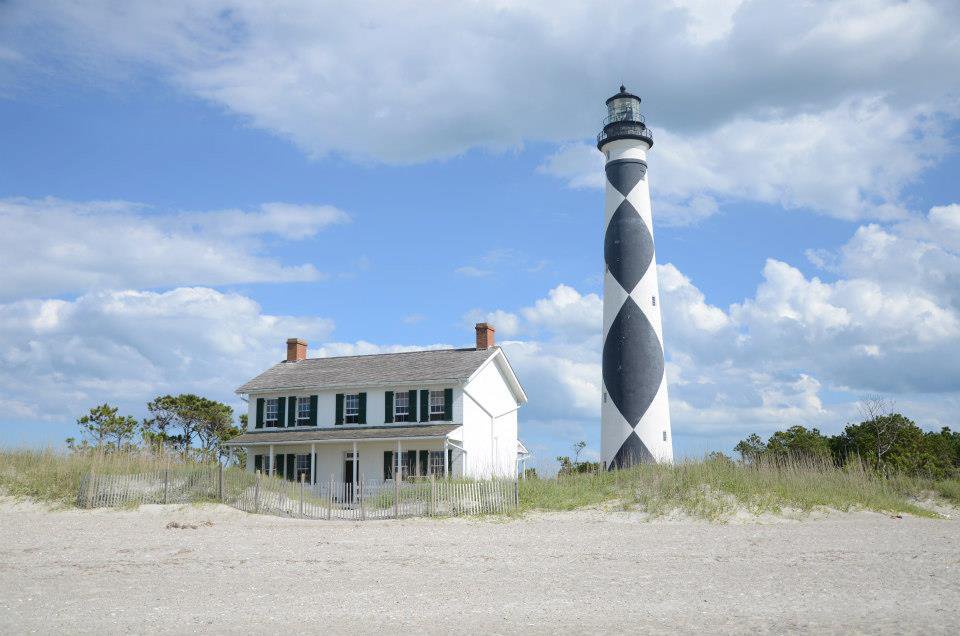 The lighthouse at Cape Lookout National Seashore. You can climb to top! 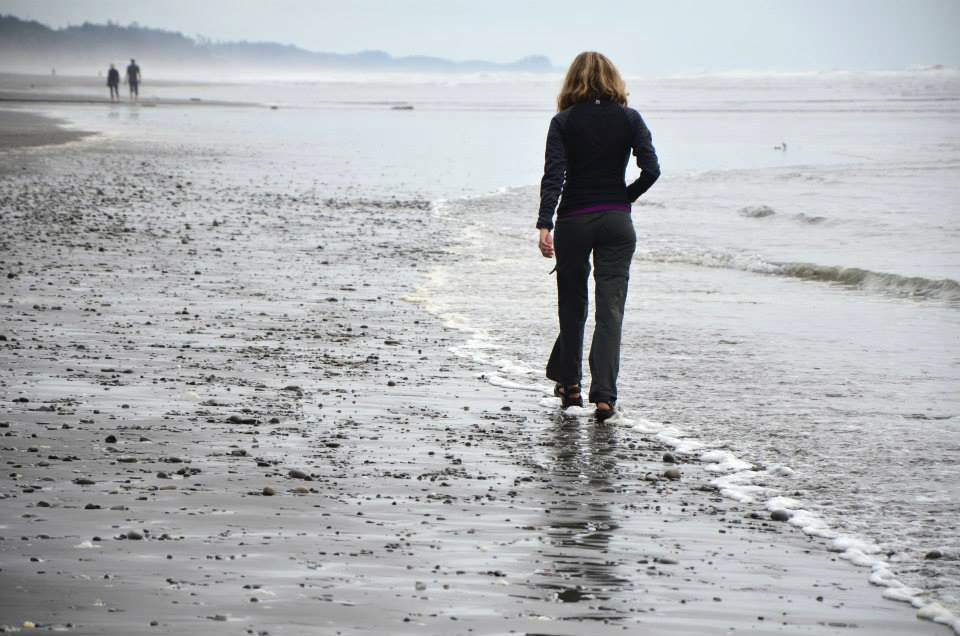 The sand in the beaches in Olympic National Park is black and the coast is rocky and rugged. I loved it. I visited the park in mid-July, and it was chilly enough for me to wear a jacket or long-sleeved shirt. So I would not recommend swimming.

Camping is allowed on the beach, but you will need to obtain a permit from the national park. 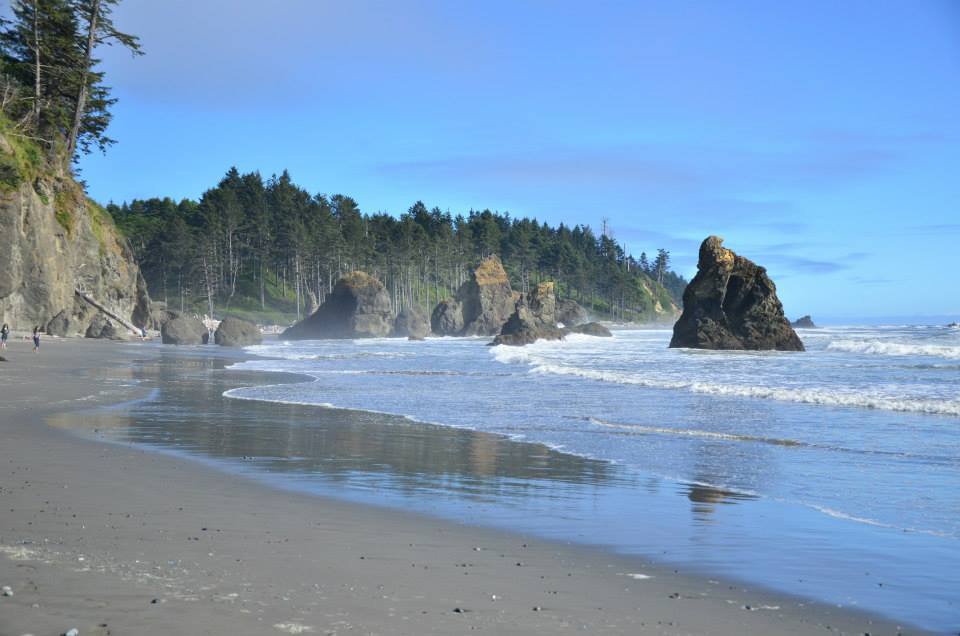 I love the rugged coastline at Olympic National Park.

While I was there, we saw a wealth of wildlife – from sea otters to bald eagles to star fish.

You will definitely want to go at both low tide and high tide because the scenery is so different. At low tide, you can explore tide pools and see all the underwater sea life the park is home to. 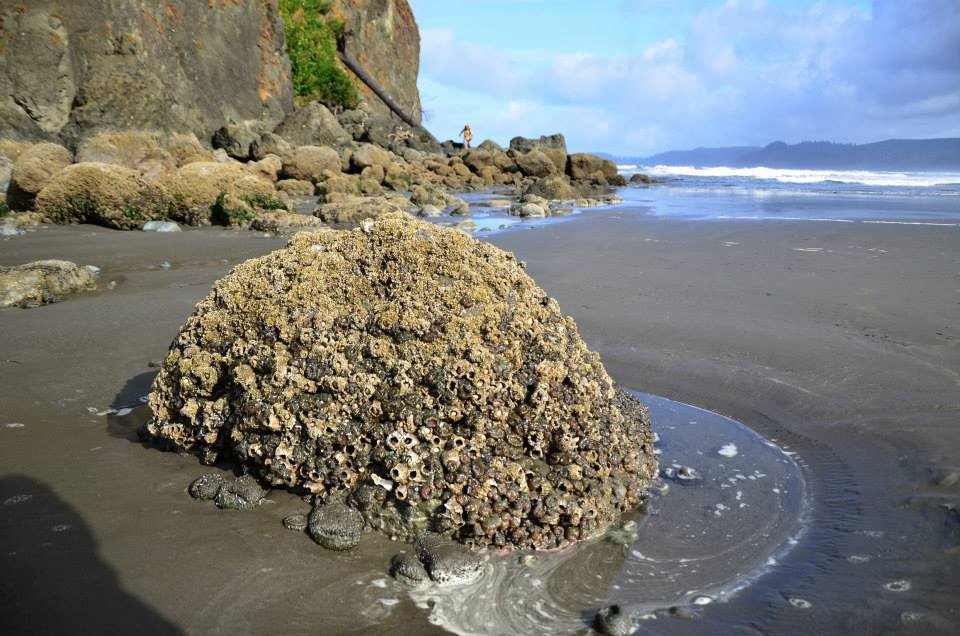 At low tide, you can see many creature that live under the ocean or in tide pools. National Park Beaches offer the visitor much more than a regular beach vacation.

Even though I wasn’t lounging on a beach towel, soaking up the sun, and cooling off in the ocean, I found Olympic National Park’s beaches just as relaxing as other beaches I have visited. 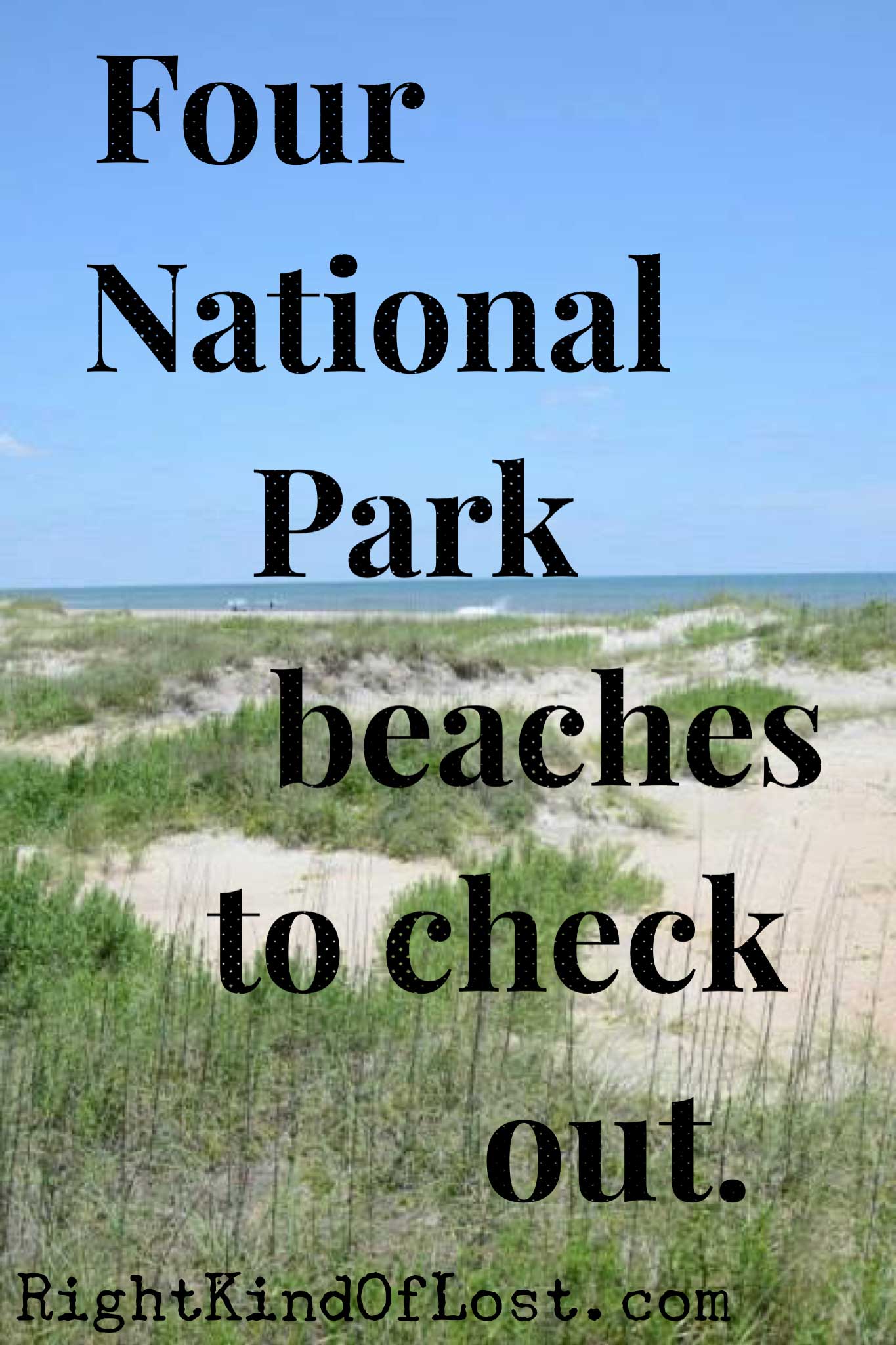