Three times I’ve been freaked out on the trail 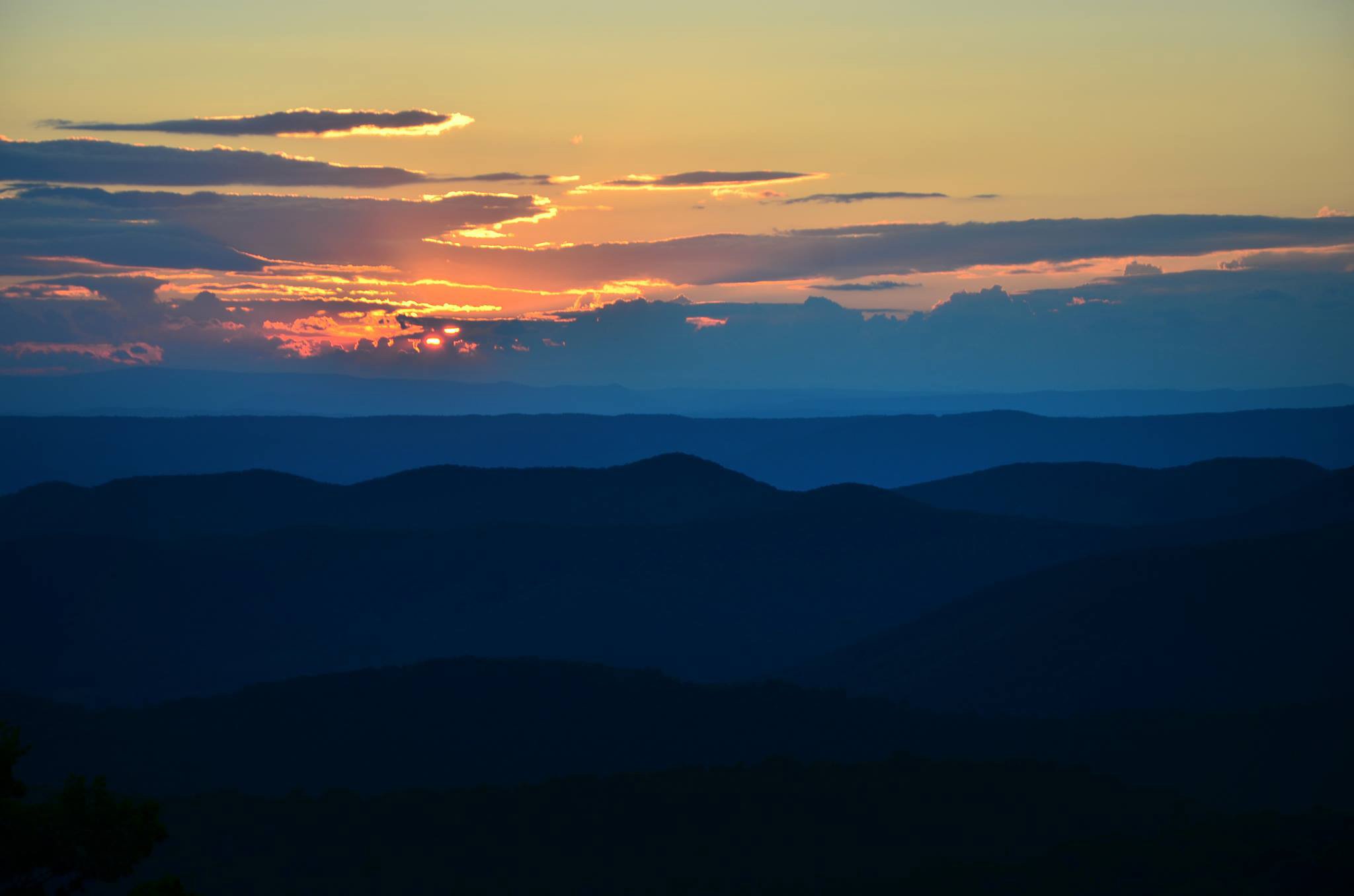 I have to admit when I have been freaked out on the trail, it was all in my head. It was me that freaked myself out.

We watch scary movies. We read stories in newspapers about bad things that happen to good people. And we listen to loved ones who warn us about impending dangers. So when it’s dark and we are in the middle of the woods, our minds can write a good story for us about what is happening.

I never really felt like I was going to be abducted by aliens, attacked by Big Foot (in Arkansas it’s “The Fouke Monster”) or become a character in the “Blair Witch Project” – the ’90s horror movie about a documentary film crew that fell victim to the witch.

Basically the times I have been freaked out on the trail usually involve a scenario in which my body is eaten by wild animals or I’ve been abducted by some crazy man on the run from the law.
The following are three times that I have convinced myself of a scenario like these.

The deer that almost gave me a heart attack

I was night hiking with my friend, Zach, on what we call a “Firefly Hike.” In Arkansas fireflies peak in activity around June. So if you chose to hike at night, you can walk through a magical land of thousands of tiny bugs lighting up the forest. It really makes you feel like you are in a Disney movie.

Zach and I were hiking along enjoying the light show when all of the sudden I heard something large move quickly from a few yards to my left. My body didn’t have time to process what was going on. It simply put me in full flight mode. I grabbed Zach and jumped behind him.

After a few seconds my mind realized that we had startled a deer that must have been bedded down. But I’m not sure my heart has ever pounded that hard.

When I thought the armadillo was a bear or mass murder

Another time I have been freaked out on the trail was on a solo backpacking trip last year. At the end of the day I reclined to the my tent to read my book, I heard the noise of something BIG outside. I say it was, because it was making a lot of racket.

It did not help that I was camping near “Big Bear Shelter” on the Ouachita Trail in southwest Arkansas. My heart started pounded and my hands started sweating. I panicked.

“What do you do when a bear is outside your tent?” I thought. “Do you make noise or play dead. What was I was supposed to do?”

I chose to make noise. I yelled as loud as I could, “HEY! What are you doing?” After that I heard it walk away.

From that point, I put my audio book on so any other animal would know I was there.

Back in civilization, I talked with a coworker who is extremely outdoorsy. He told me what I probably heard was an armadillo rooting around in the newly fallen leaves. Hmm, so not nearly as scary as a bear.

Solo backpacking trips are great to make us freaked out on the trail. Just before a trip last month, I read an article by my friend and fellow Hike Like A Woman Ambassador, Jacquelyn on her blog Getting Lost Together. Jacquelyn wrote about running into a coyote while hiking and what to do. I read it, went about my day, and didn’t think anything else about it. 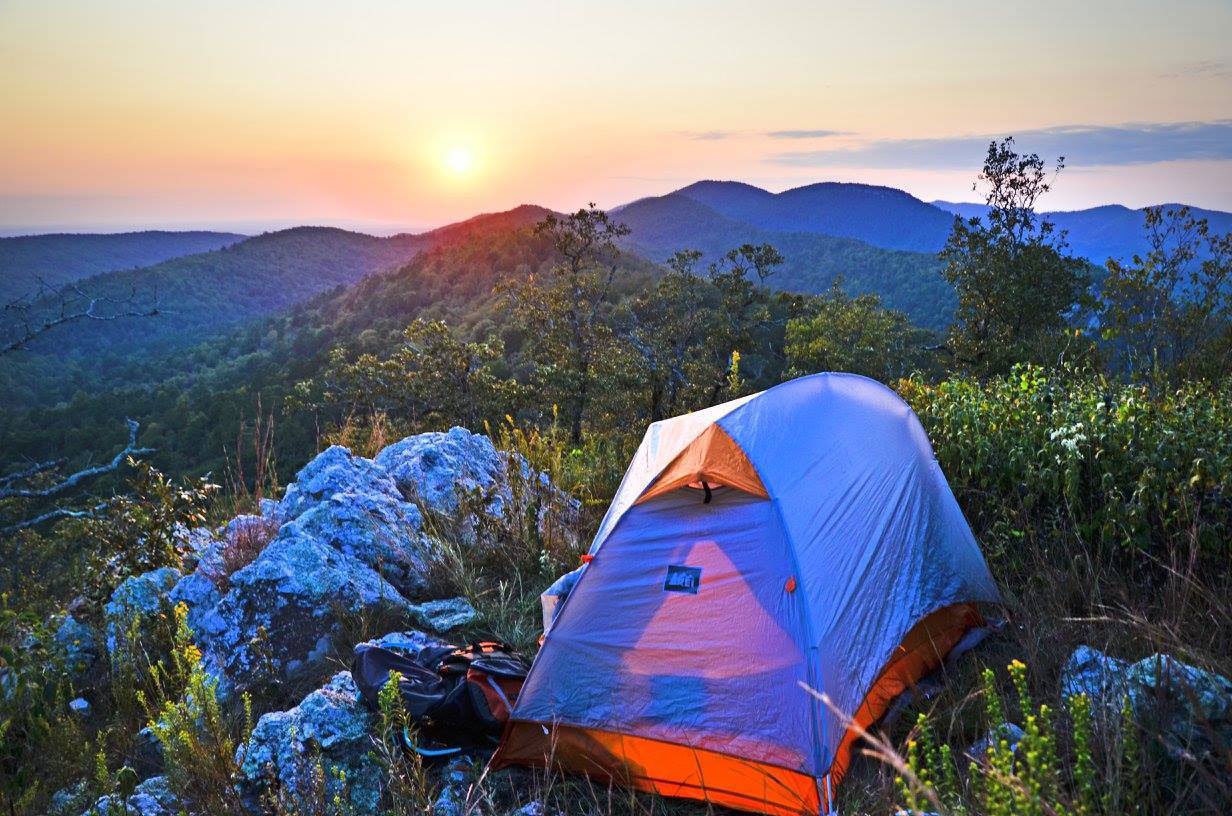 But on my backpacking trip just as the sun set, I heard the familiar “yip yip yaooo!” Of course I had sketchy cell phone service. I tried to remember Jacquelyn’s tips if I ran into one of the coyotes.

“What am I supposed to do? Make myself big and make noise? Or back away slowly and quietly?” Fortunately I had enough service to pull up her article and take a screen shot. However I didn’t run into a coyote. They stayed in the valleys around the mountain top where I was camping. And I enjoyed going to sleep to their howls.

Times I’ve been freaked out on the trail

Really the chances of something happening to us on the trail are not that great. So when something happens to make our hair stand up on the backs of our necks, we should just calm down and assess the situation. Then we will realize that it is probably an armadillo and not a bear.

When I listened to the coyotes that night, I thought to myself, “How many stories have I read about backpackers being killed by coyotes in Arkansas?” None. The is the answer is none.

And the chances of stumbling upon Big Foot or being abducted by aliens is even lower.

Do you have a story when you were freaked out on the trail? I’d love hear it. Comment below.