How I Travel on the Cheap – Expense Report 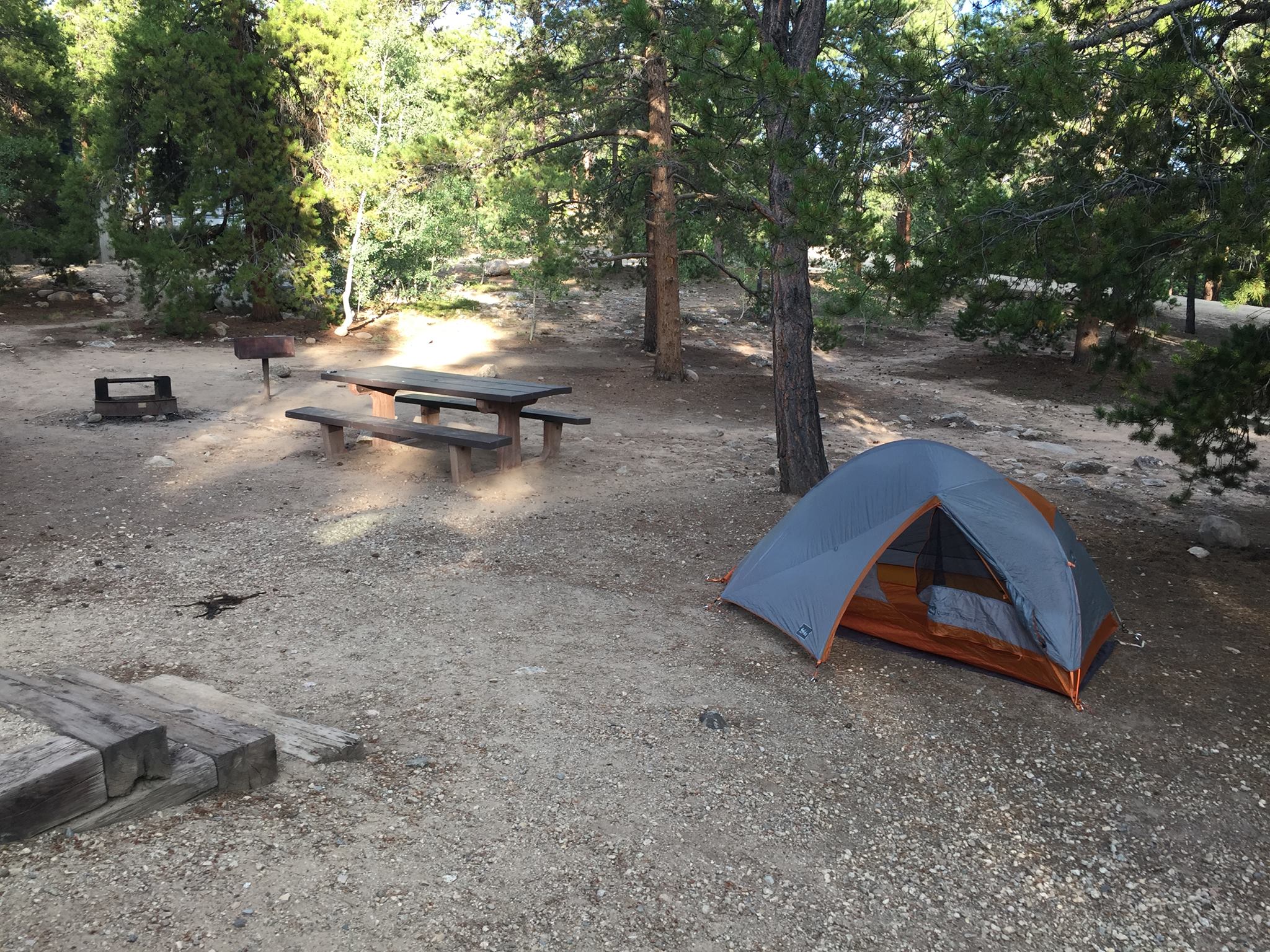 Travel doesn’t have to be expensive. You can see and explore many areas in the United States for fairly low cost. Camping and cooking your own food is a great way to travel on the cheap. I just got back from exploring Wyoming and Colorado. Here is my expense report of how I spent my money and how I had a full eight-day vacation for only $450.

I would like to explain that for the first three days of my trip, I attended a retreat, and my lodging and food was paid for. However, I could have had free lodging through dispersed camping (camping in the national forest without a campground or facilities.) I could have also brought my own food from home, which would have cost the same if I had stayed at home. This is what I did the rest of the week for meals when I did not eat out.

My trip began with a half of a day’s drive to Wellington, Kan., where I camped at a KOA for the night. I then drove to west of Cheyenne, Wyo., where I attended my retreat. From there I drove to Lakeview Campground, near Leadville, Colo. And then I drove to the trailhead for Mount Bierstadt, near Georgetown, Colo., and slept in my car at the trailhead. On the way home, I camped at a KOA in Goodland, Kan., and then drove the rest of the way home.

My biggest expense was gas. Because I live in Arkansas, I spent a lot of time on the road. From both my arrival point in Wyoming and my departure point in Colorado, I had about a 15-hour and 1,000-mile drive to get there and to get home. Not to mention the driving around I did while I was there.

I drive a Honda HRV, which is a cross between a car and an SUV. It gets really good gas mileage and also has seats that fold down in the back ,so I can sleep in it. But more on that later.

Gas prices were definitely higher out west. In Arkansas gas prices average around $2.50 a gallon and in the mountain towns of Colorado it averaged about $3 a gallon.

Because my drive was slightly more than I wanted to do in a day, I split it up into two days of driving. Instead of booking hotels along the way, I stayed at KOA campgrounds. My stay on the way north (in Wellington) was a little more than $25, and on the way home (in Goodland) it was $28. I did check hotel prices to compare and in the towns where I stayed hotels averaged around $80-$100 a night. So a $20-$30 campground fee was way cheaper.

But what if you’re too tired to set up your tent? I didn’t get to Goodland until about 11 p.m., and I had been up since 4 a.m. And I hiked a 14er that morning. I was beat! I seriously considered busting my budget and getting a hotel. But then I decided it was actually easier and less effort to set up my tent than to walk into a hotel, book a room, walk back out to my car, find what I needed, and then haul it up to a my room. I had my tent set up in less than five minutes.

The nights I stayed in Colorado, I camped at the Lakeview Campground in the Twin Lakes area. (A very nice campground! I recommend it.) And I slept in my car at the trailhead to Mount Beirstadt. 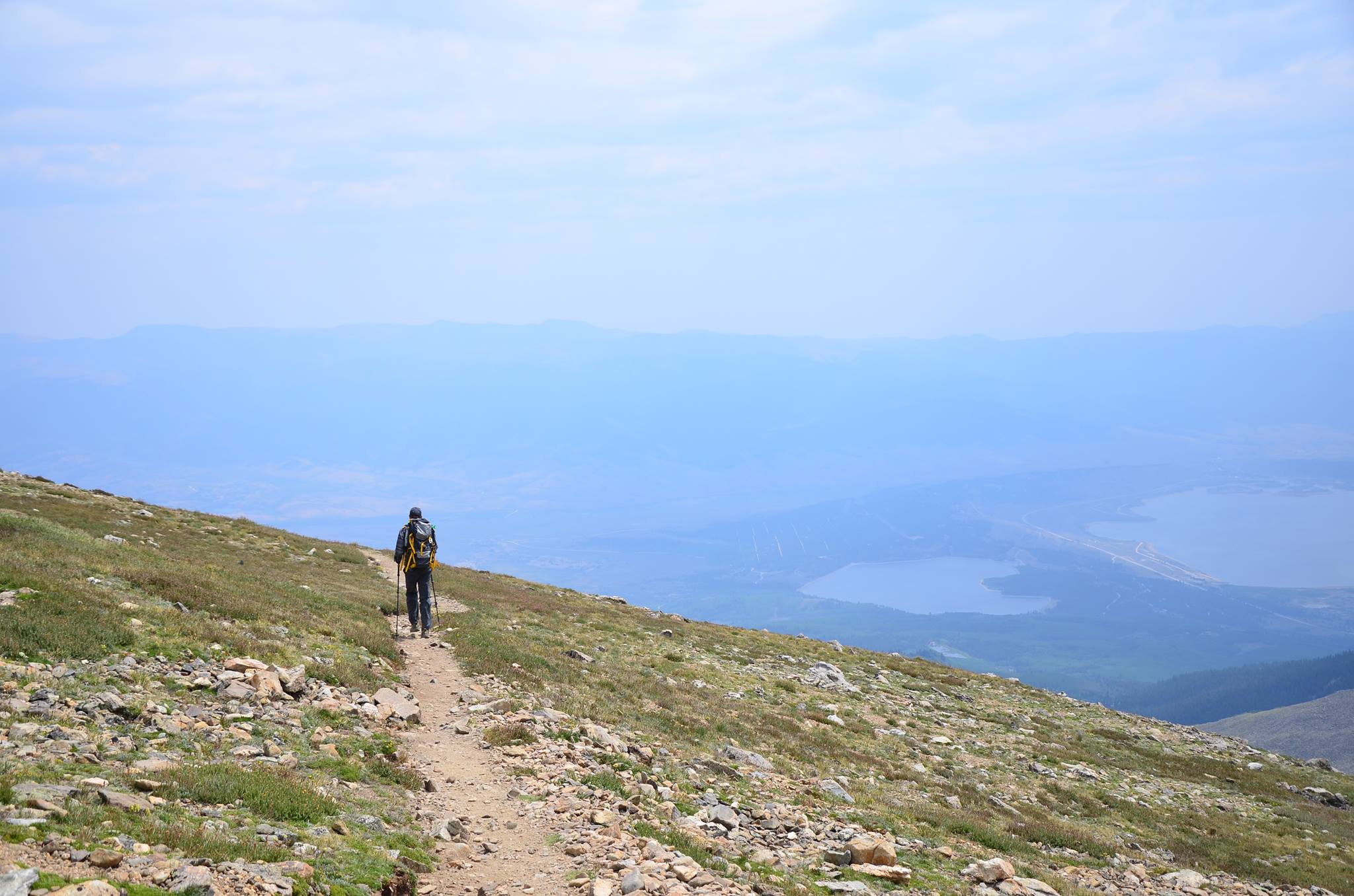 Hiking on Mount Elbert, the highest mountain in the Rockies. Hiking is a great, fun, free activity.

Camping two nights at the Lakeview Campground cost me $56. There was ample dispersed camping in that area, but I wanted to be sure I had a spot since I was coming from Arkansas. I was also glad I was in a campground with other campers since I was camping alone. And I liked that I had potable water.

Dispersed camping is not allowed near the trailhead for Mount Beirstadt, however my seats fold down in the back of my car, and I was able to sleep at the trailhead without camping – for free.

Also being able to sleep in the back of my car allows me to camp comfortably in bad weather.

I had to drive through Oklahoma, which has has toll roads. In total going and coming, I spent $15 paying the tolls.

Snacks and food on the road

So confession – I love to snack and drink caffeine while road tripping. Starbucks is my weakness, but it is a little more pricey, especially while trying to save money. I debated bringing sandwich meat to save on lunches and dinners on the road. In the end I decided I didn’t have a good enough cooler to keep it fresh, and it would end up costing me more.

While figuring my projected cost, I budged about $65 for food and snacks on the road, so I was glad to come in under budget.

I did go out to eat with friends a few times while visiting Wyoming and Colorado. And each of those times adds up. But visiting with friends was well worth the cost.

And after eating fast food and freeze-dried meals all week, it was nice to have a good meal.

While in Colorado I drove to the top of Mount Evans, a 14,000-foot mountain. I had to pay the Forest Service $15, but it was worth it and the money goes to funding the National Forest.

I also toured the National Mining Hall of Fame and Museum in Leadville, Colo. My entry fee was $12, and I really enjoyed the museum.

Travel on the Cheap

I could have saved much more money, but I chose comfort and convenience over price. I could have cut many of my expense with the exception of gas and toll roads. However, in looking ahead before the trip I hoped to not spend more than $500, and I came in $50 under budget.

It is also important to note that throughout the year, I bought freeze-dried or dehydrated meals and Cliff Bars. They have a long shelf life and save me money on food cost when I do travel on the cheap. 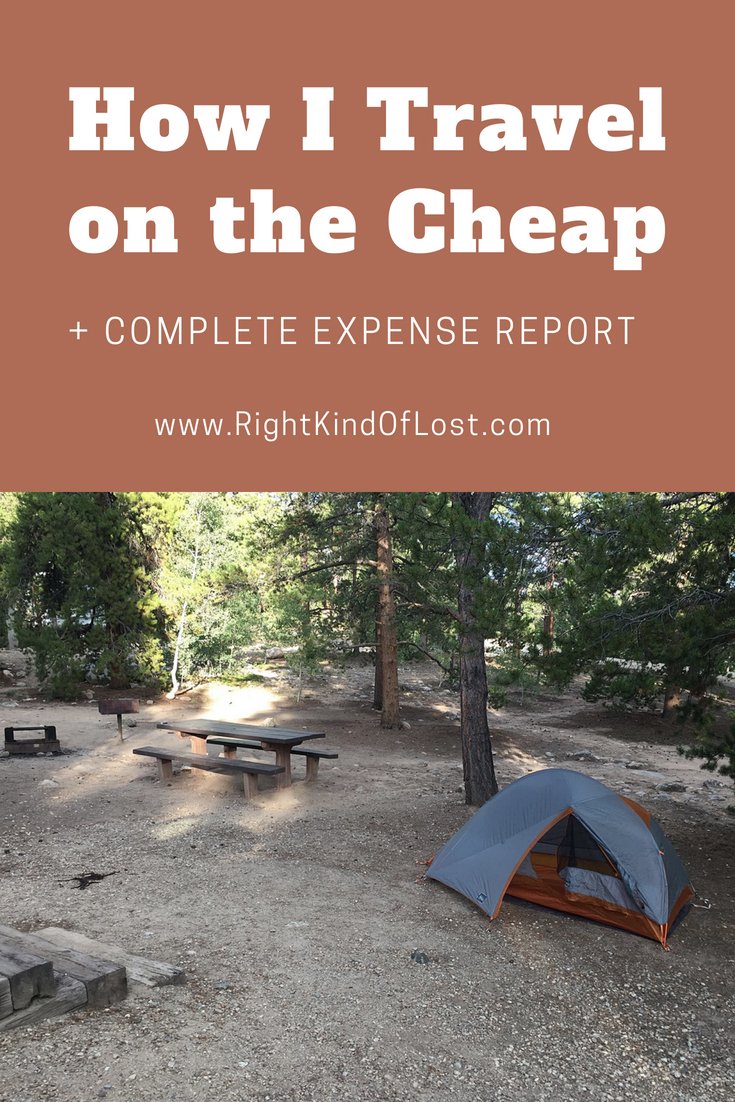 Tags:budget travelcampingcheap travelexpene reporthikingPersonal stories
previousFalling Out Of The Boat
nextHow I Trained for a 14er and the Mistakes I made

2 thoughts on “How I Travel on the Cheap – Expense Report”