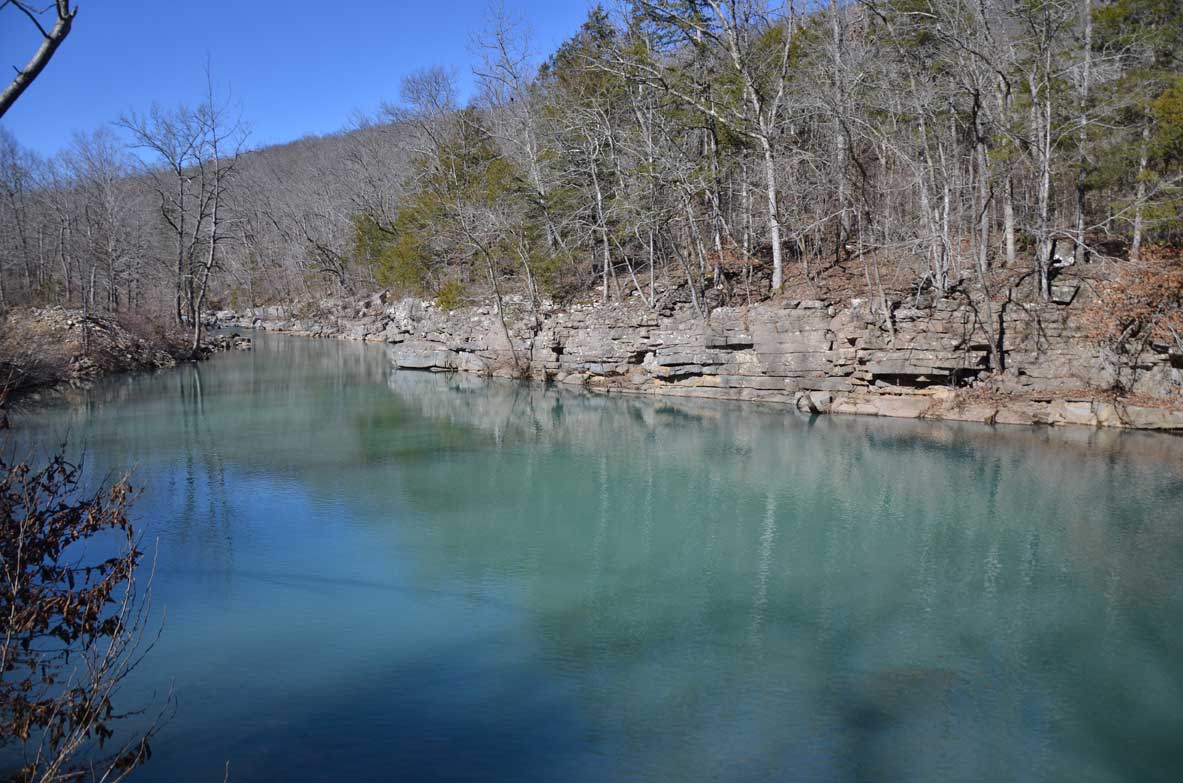 One thing I love about Richland Creek is the blue water.

Have you ever had a trip that didn’t go as planned, but you ended up having a wonderful time anyway? That is how this last weekend went for me and my friends at Richland Creek. I also had to eat crow because I swore my way was the best – it was not. We jokingly dubbed it “The Wrong Kind of Lost”. But actually, instances like this weekend is where I came up with the name for this blog, “Right Kind of Lost”.

We set out looking for two waterfalls, Twin Falls and Richland Falls. The waterfalls are in the Richland Creek Wilderness Area in the Ozark National Forest in north central Arkansas. Click here for the forest service’s pamphlet on the wilderness area. Although we knew where they were located we never made it because there is not a trail and the terrain is extremely rough. 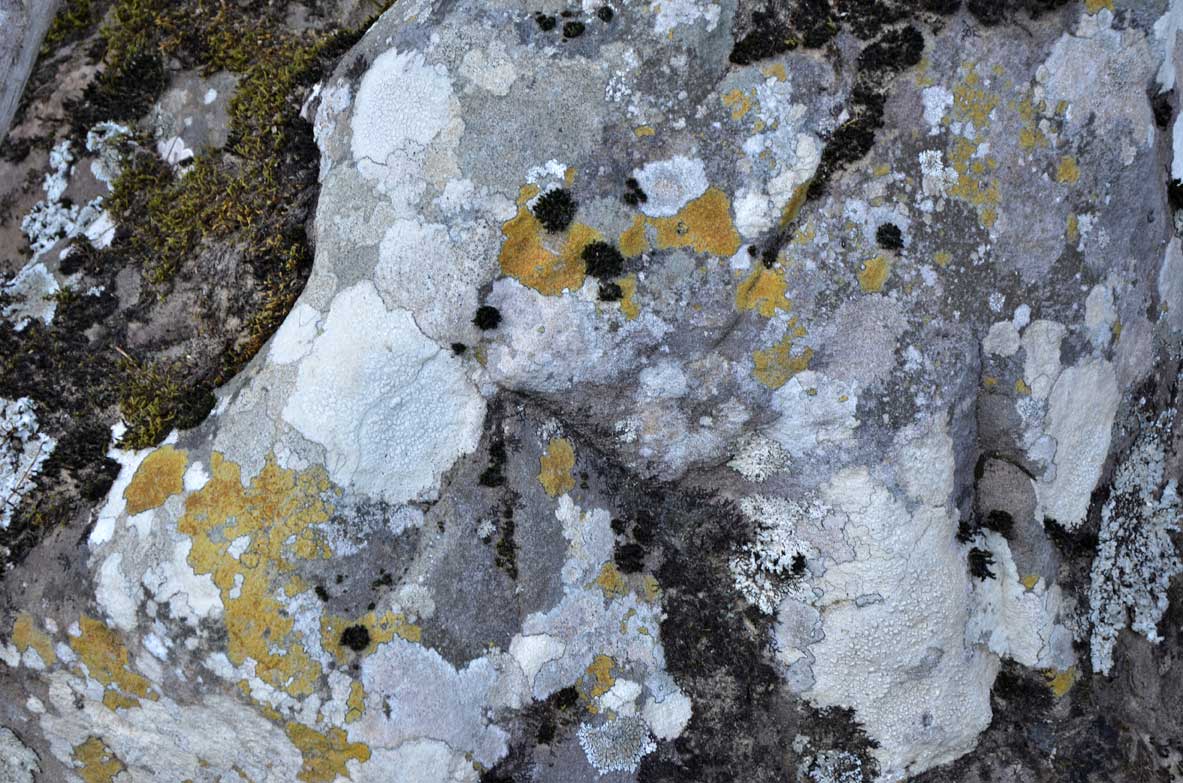 Zach, Lagena, and I planned to meet up around 9 p.m. and camp at Richland Creek Campground Saturday night. Zach and I live three hours south and Lagena lives three hours to the north east. Our plans began falling apart when we got a late start. I didn’t get off of work in time and Lagena had complications too.

Now if you are directionally challenged, like Lagena, Richland Creek Campground is a hard place to find. If you put the campground in your phone’s GPS it takes you to another location in the wilderness area. GPS is how Lagena gets around. I couldn’t tell her where to go, because directions don’t help her. She needs her phone to give her turn by turn directions. I found the closest location to the campground for her to put in her GPS. I still had to get her from that location to the campground. If it were me, I could simply look at the map and know where to go. So for Lagena, I sent her a visual and hoped it worked. 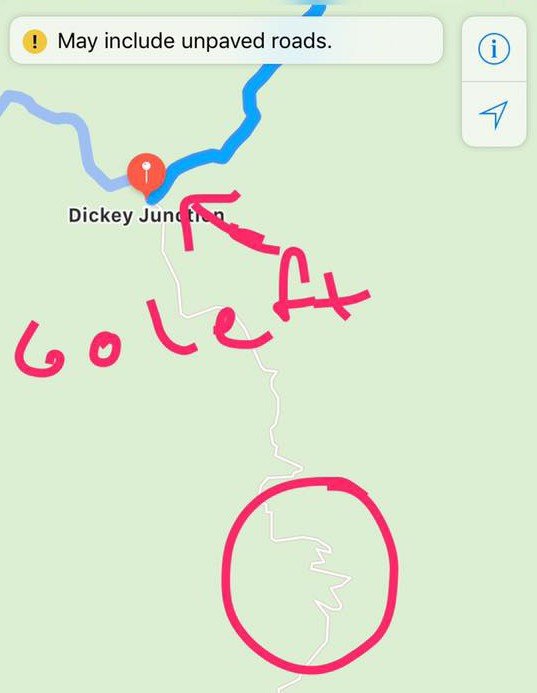 Zach and I got to the campground around 10:30 – 30 minutes after Lagena was supposed to be there. But there was no Lagena. We were deep in the wilderness and about 45 minutes from cell phone service. So we decided to keep driving the way the Lagena was supposed to come in and maybe we could hit a spot at the top of the mountain where we could get service. We were successful, but we still hadn’t passed Lagena. I kept calling her hoping she would get service at some point. 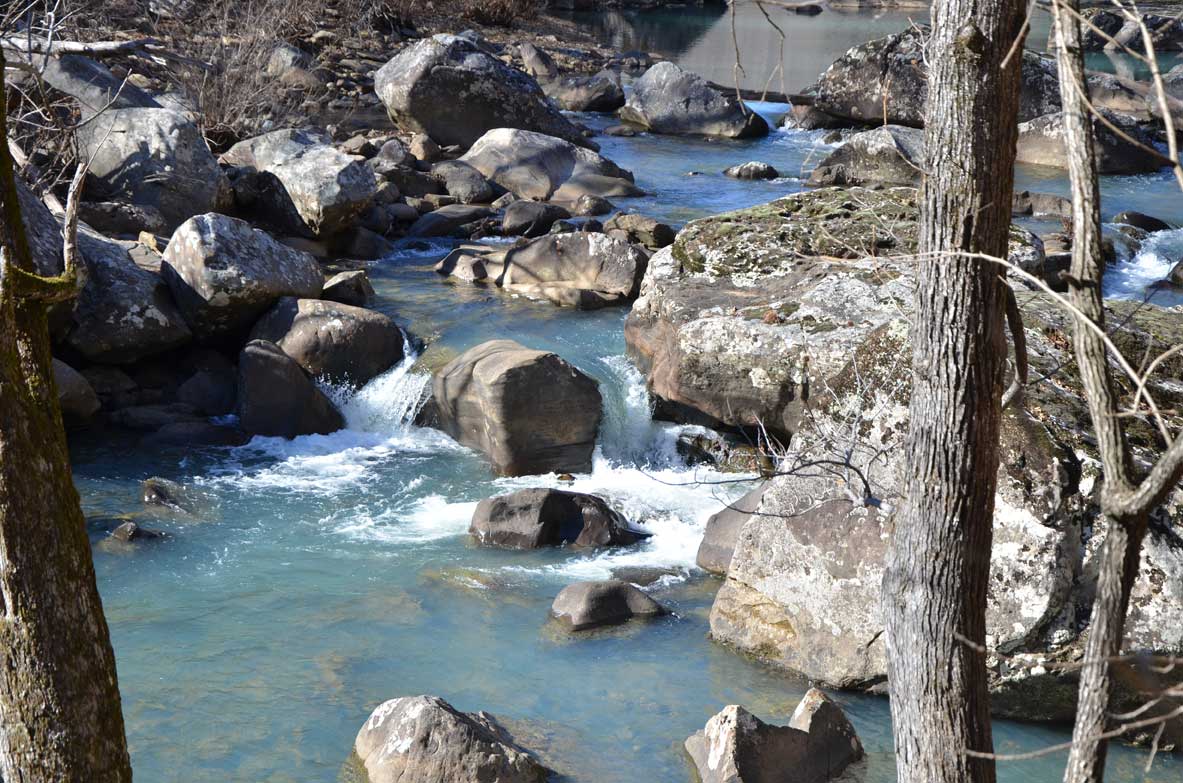 Finally she answered “I’m not lost!” And I was glad. Then I found out the way I sent her had a ford in the creek. Lagena was driving her Mini Cooper with hardly any ground clearance. She almost floated away fording the creek. But fortunately she didn’t. She did however unsecured a hose from her engine. Yikes, that could have been bad.

Zach asked me what she would do if she got lost. I said she would probably just turn around and go home. Then I realized if she did do that, I did not have a tent to sleep in, she was bringing it. But fortunately she didn’t drown and I was able to have shelter. Zach did offer to give up his tent to me if she didn’t make. Such a gentleman.

Finding (or rather not finding) the waterfalls

Five years ago, I hiked with my former boyfriend to the waterfalls. He knew the way, and I followed. My sense of direction is fairly good and when I have been to a place, I can generally get back to it.

The problem with Richland Falls and Twin Falls is there is no official trail. Even my Tim Ernst guide book calls it a “bushwhack”. Unfortunately I left my guide book and thought I remembered he had the same route that my ex-boyfriend took me. This was a mistake. 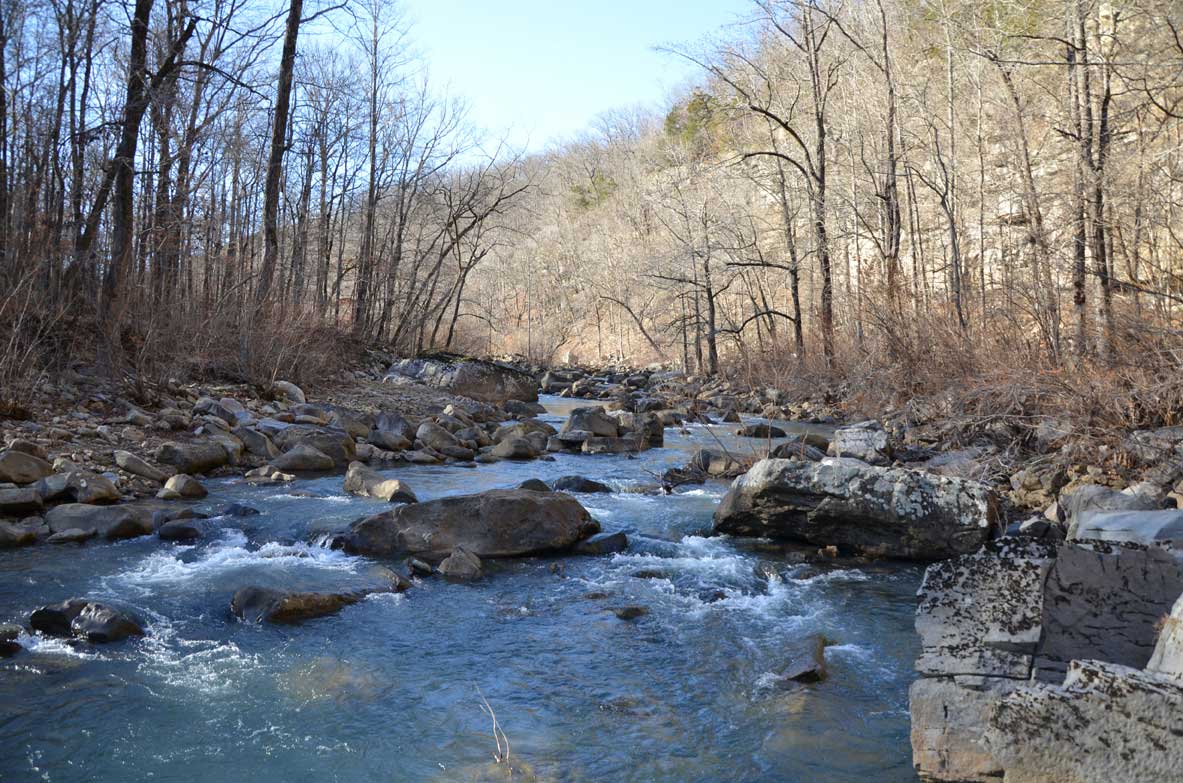 I began to second guess myself when we noticed many cars parking at the campground, which is on the opposite side of Richland Creek from Big Devil’s Fork and Twin Falls. I didn’t understand why people were parking there because they would have to cross the creek and get wet. At the campground we could cross the creek on a bridge. So we opted to stay dry, although Zach had his doubts about my way. 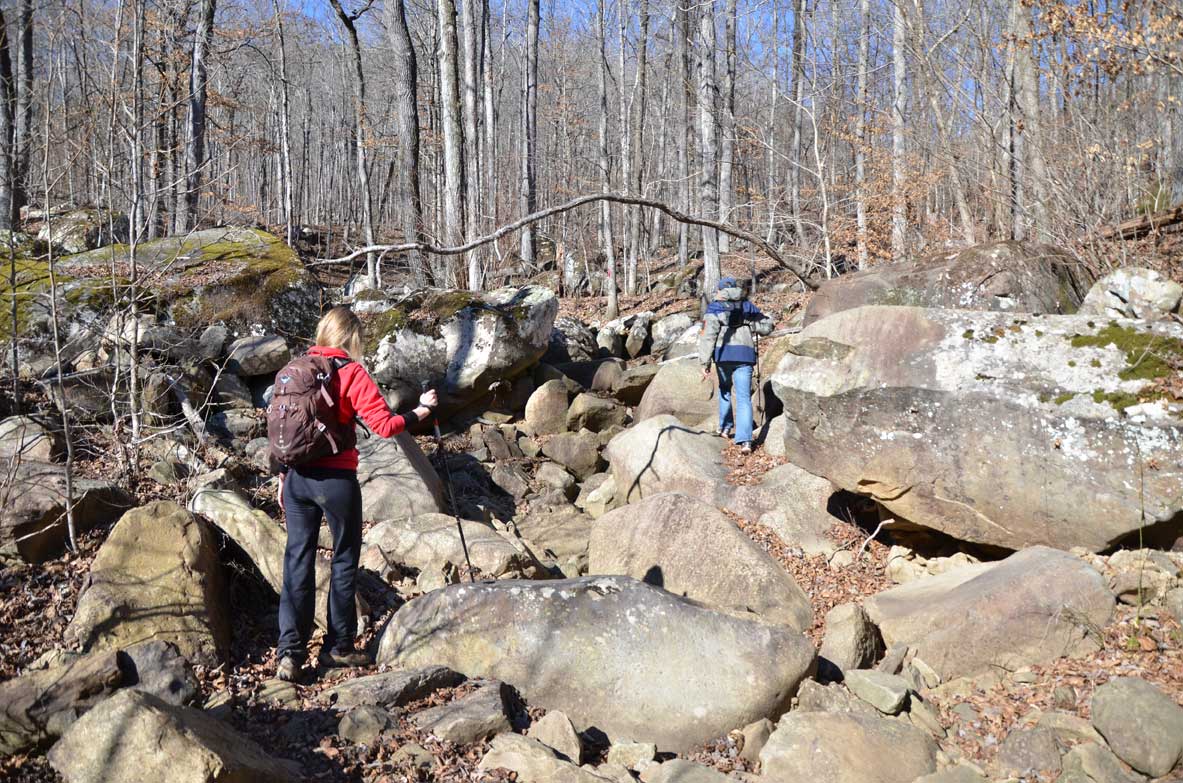 I’m sure Zach and Lagena got a little annoyed with me as we bushwhacked. We found an old trailhead. The trail was going the way we wanted to go, so we followed it. Here it was sort of marked with fainted red blazes, and flagging tape. 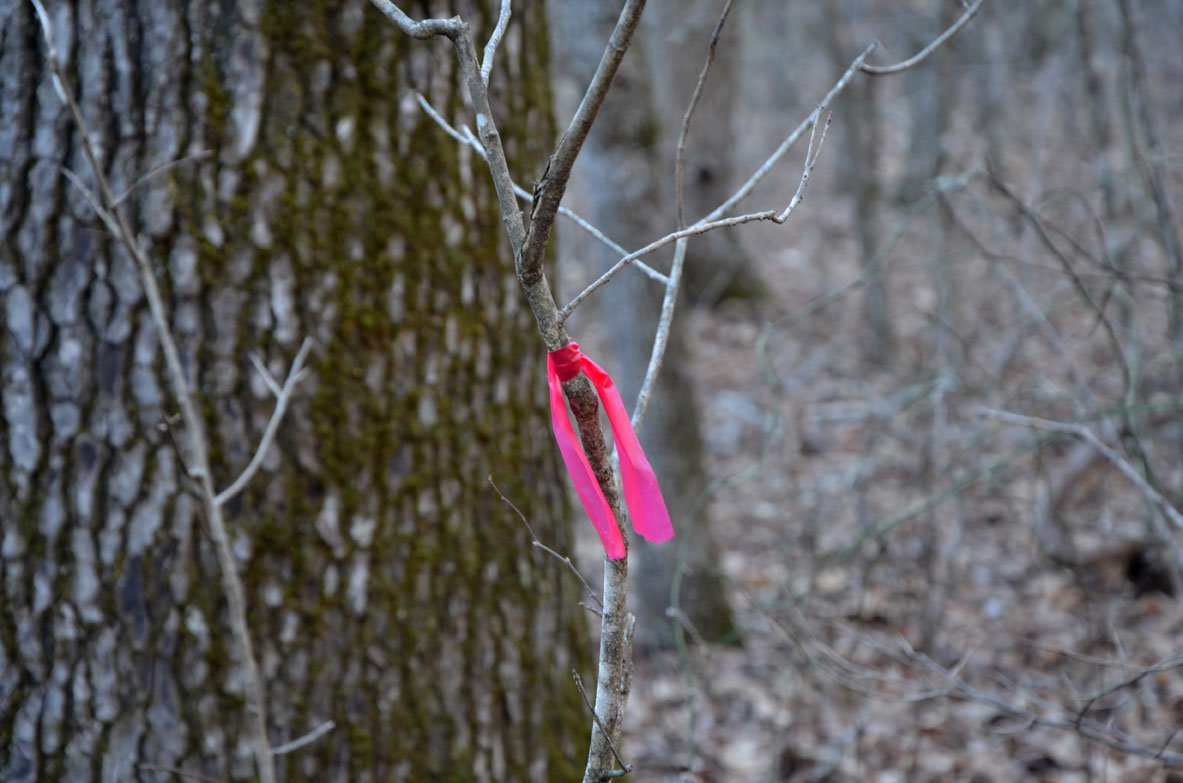 The flagging tape we followed.

We lost the trail a few times, but would find another piece of flagging tape or blaze and we kept going. It was not easy hiking. Not that it was steep, but we were constantly stepping over boulder, under trees, and walking on a slope. 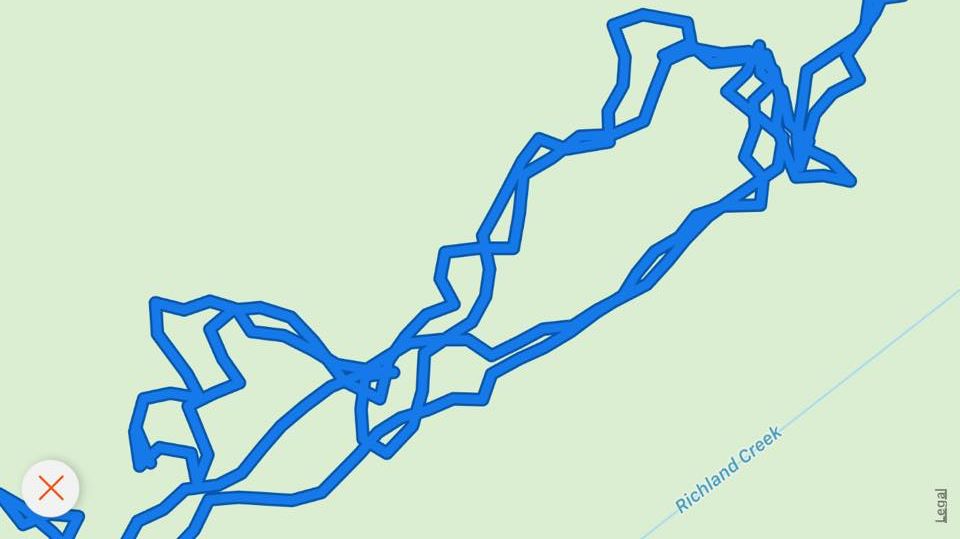 Then we lost the trail. It just seemed to end. We had two options – go up or go down a very steep slope. I went down to look for the trail; couldn’t really see it. Then Zach said he found a flag high up on the slope. So we took the high road. From the top, I could see what looked like a trail on the other side of the creek. I did not have a good feeling about my leading skills. 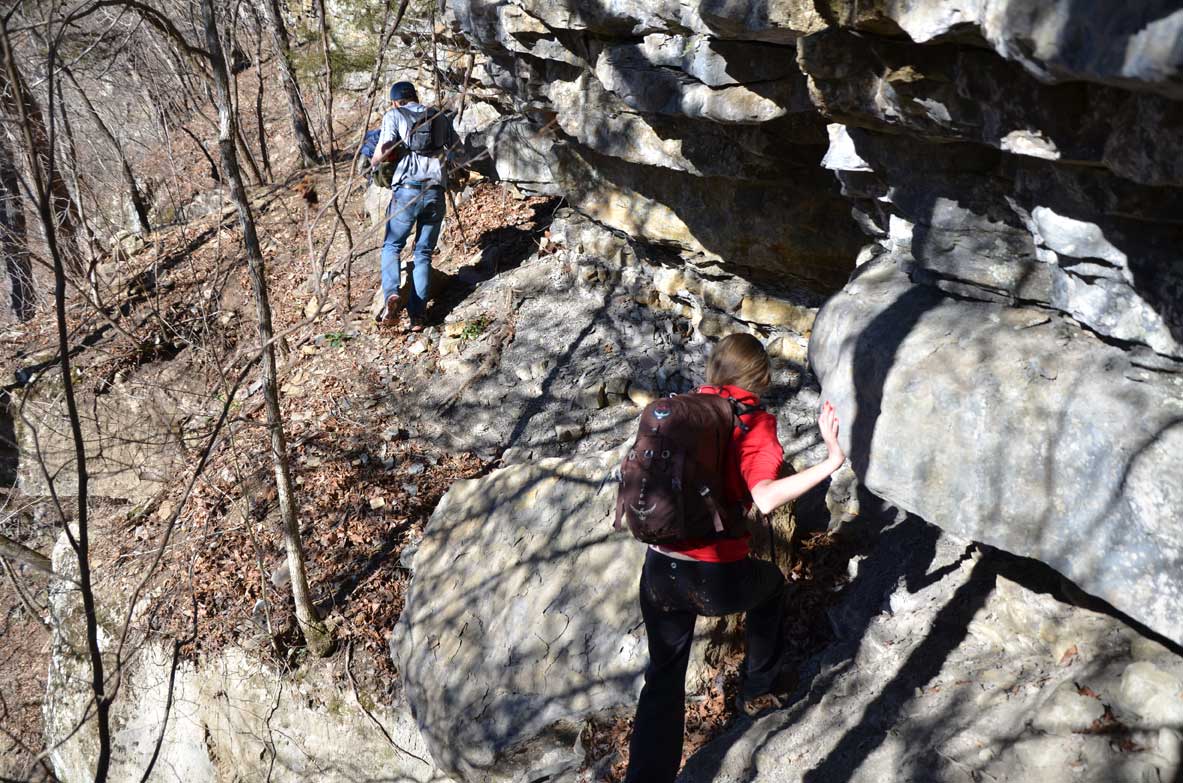 Zach and Lagena trying to hike along the cliff.

We followed a goat trail along the edge of a cliff until it was simply too dangerous to go any further. Then we backtracked and found we could narrowly get by next to a cliff face on the bottom at the bank of the creek.

We stopped for our lunch and had been hiking for two hours. I checked my GPS to see where we were and realized we were only a little more than half way. We decided to hike a little further, but all three of us admitted to ourselves we might not make it to the waterfall. As we grew more and more tired of walking up and over large rocks, we decided to call it and turn around. 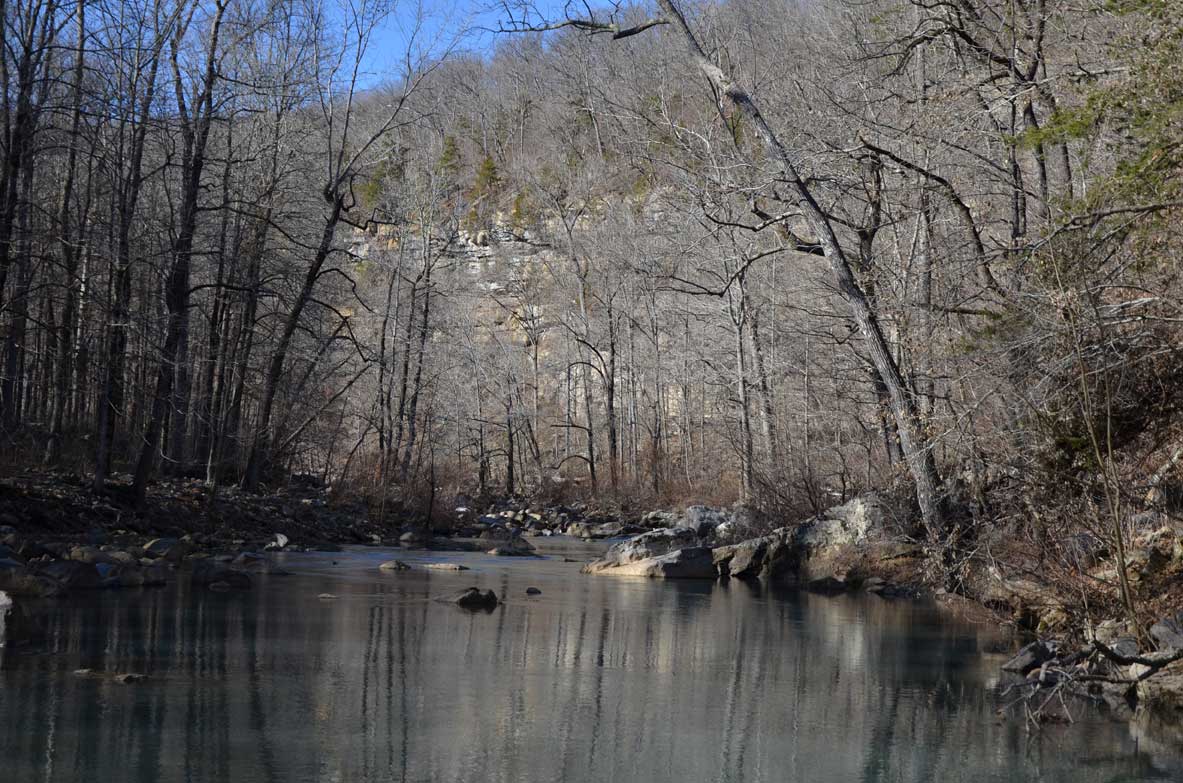 As we were making our way back, we saw a couple hiking across the creek. I yelled at them and asked if there was a trail on that side. They responded, “Yes! A good one.” I knew I had now led us astray. They asked how our trail was. I just sort of laughed and Zach said, “There’s not one.” 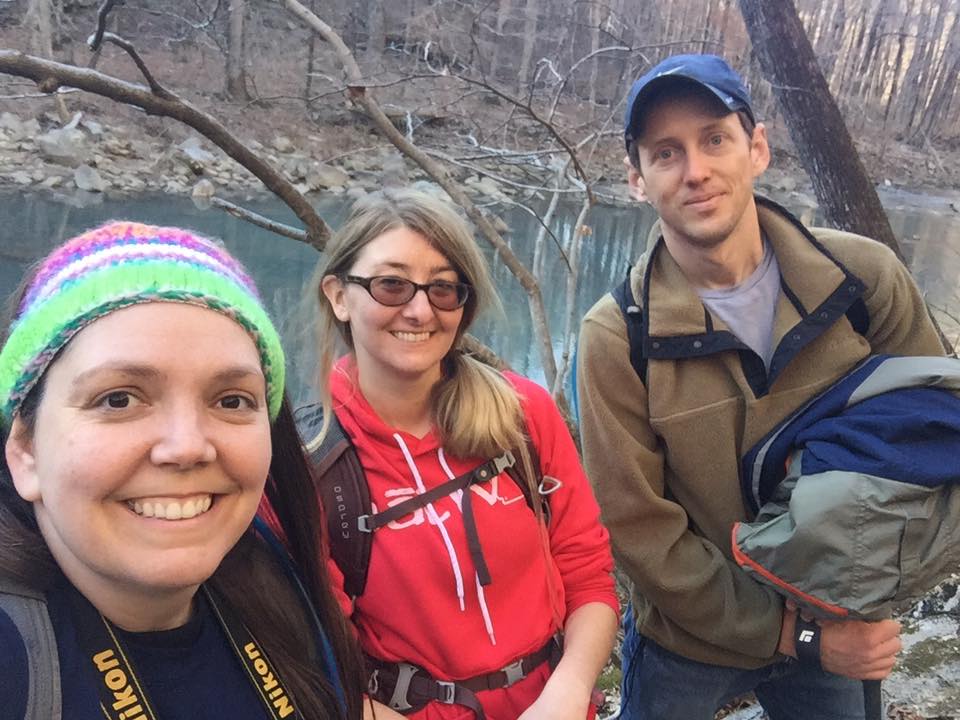 I silently cursed my ex-boyfriend. Why had he taken me this way when there was trail?

But even though we did not make it to the waterfall and it took us forever to go a short ways. We saw an extremely beautiful side of the creek. We passed through massive bolder gardens. And because we followed the creek so closely, we had amazing scenery. Richland Creek and the Richland Creek Wilderness Area, is one of the most beautiful spots in the country. The creek is full of large boulders and it makes you feel small. They also provide amazing rapids and small waterfalls.

So even though we didn’t make our destination, we had an amazing hike, which is why we were the Right Kind of Lost.

Tags:arkansashikingOzark National ForestRichland CreekRight Kind of Lost
previousWhat keeps you pushing to the summit
nextWhy I am in love with the wilderness