For many turning to nature is a way to cope with all the negativity in our world today. Nature can show us how resilient, how peaceful, and how wonderful this world can be. Hot Springs, Arkansas, resident Chuck Dudley, began sharing his explorations and travels with others to help combat that negativity.

“There’s just something about being out in nature that’s calming,” he said about why he loves hiking and enjoying nature. But Chuck couldn’t keep this secret to himself.

He is the creator of and man behind, the Travelin’ Arkansan. On his blog, Chuck shares his travels around Arkansas as well as the country. 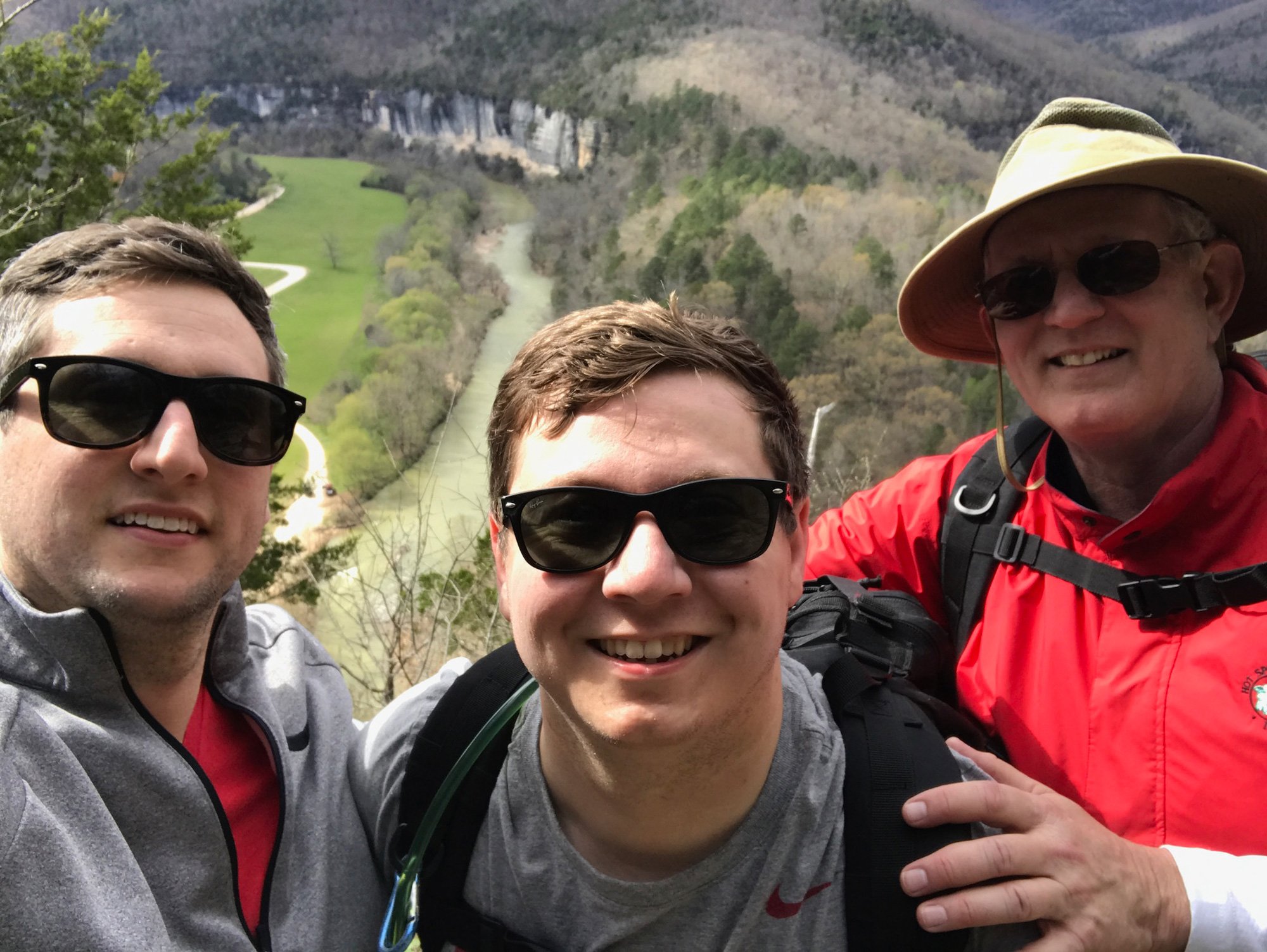 Chuck works in finance and through his job spends a lot of time on the road.

As he began to see more and more unique and interesting things, he thought he needed to record all the goofy stuff he had come across.

He then talked his two sons, Robert, now age 30, and Thomas, now age 26, into traveling and hiking with him.

“It has just kind of involved into a project, this obsession, to record as many of these places as I can,” he said.

But Chuck didn’t just want to share photographs of the the cool places he visited, he wanted to introduce people to them. He wants others to be able to have the same experiences as he does.

“I want to write a story of the trip, not just show you a picture,” he said.

“Now I’m kind of obsessed with finding all this stuff,” he said. And as he finds interesting things across Arkansas and the United State, he shares it with others. 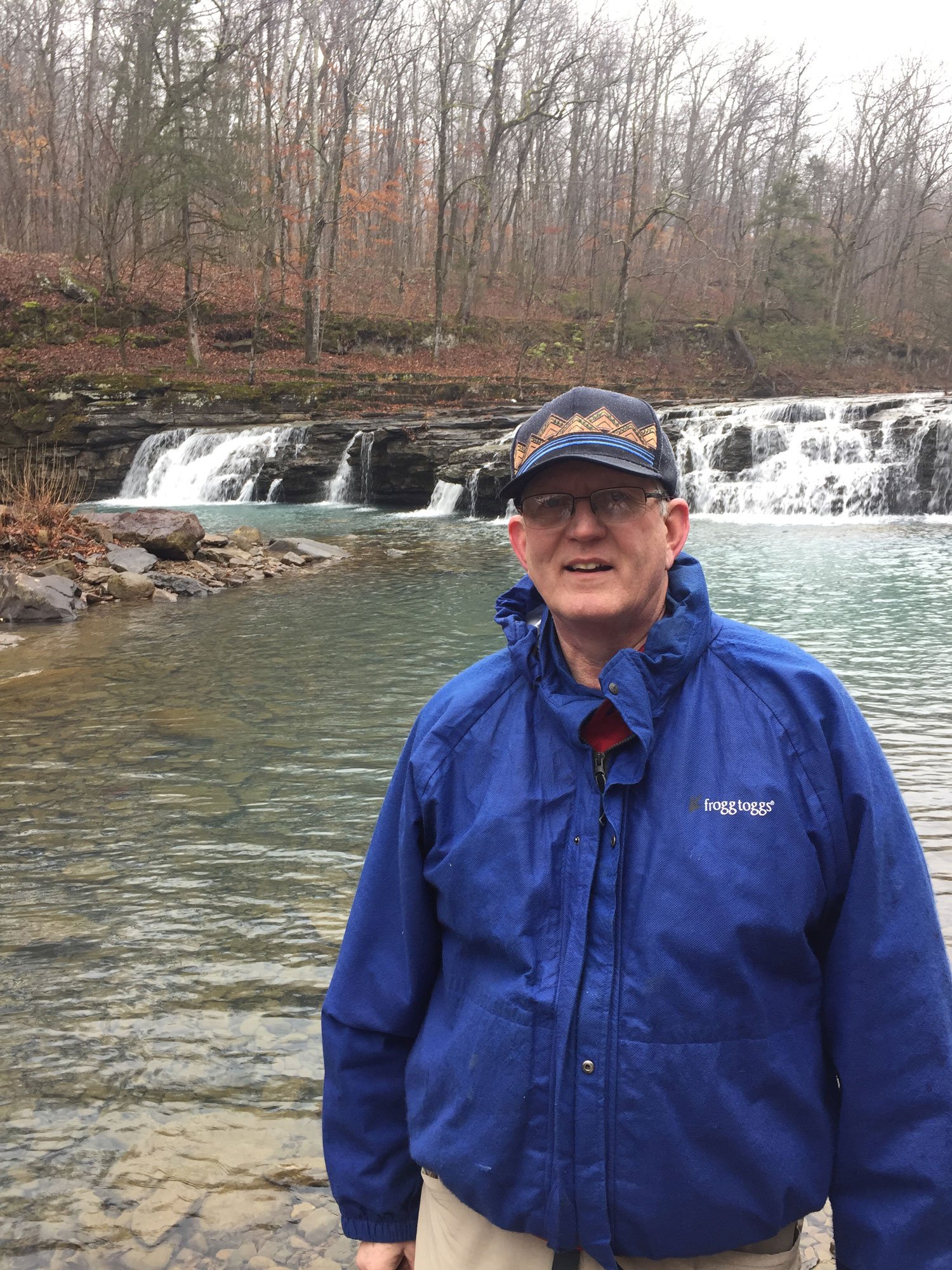 On his blog, he takes readers to Lake Ouachita State Park, the Ponca Wilderness Area on the Buffalo National River as well as Colorado, Chicago and Fenway Park in Boston.

The Travelin’ Arkansan keeps an ever-growing list of places he wants to visit and see, and doesn’t have plans to ever stop adding to that list. He said he keeps a perpetual list because he never wants to lose that wanderlust.

One way he keeps that list from running out is by exploring what others are doing through other blogs like his own and this one.

“Believe it or not, I get a lot of ideas from Chuck Dovish of Exploring Arkansas,” he said.

One thing Chuck stresses is to take advantage of The Natural State and all that it has to offer. For Arkansans, it’s right here and it’s easily accessible.

A native of Paragould, Chuck grew up doing outdoorsy things.

“I was a Boy Scout,” he said. “I’ve always enjoyed the outdoors. I always hunted and fished with my granddad.”

But as he got older he began to get involved in sport and spent his time outdoors doing that.

“One of the greatest regrets that I have is when I was in Fayetteville, I had an opportunity to do all this stuff. I regret that I didn’t do that,” he said.

Although he loves the Hot Springs area, Chuck said his favorite area of Arkansas is Boxley Valley on the upper Buffalo National River.

“There’s just something special about Boxley,” he said. 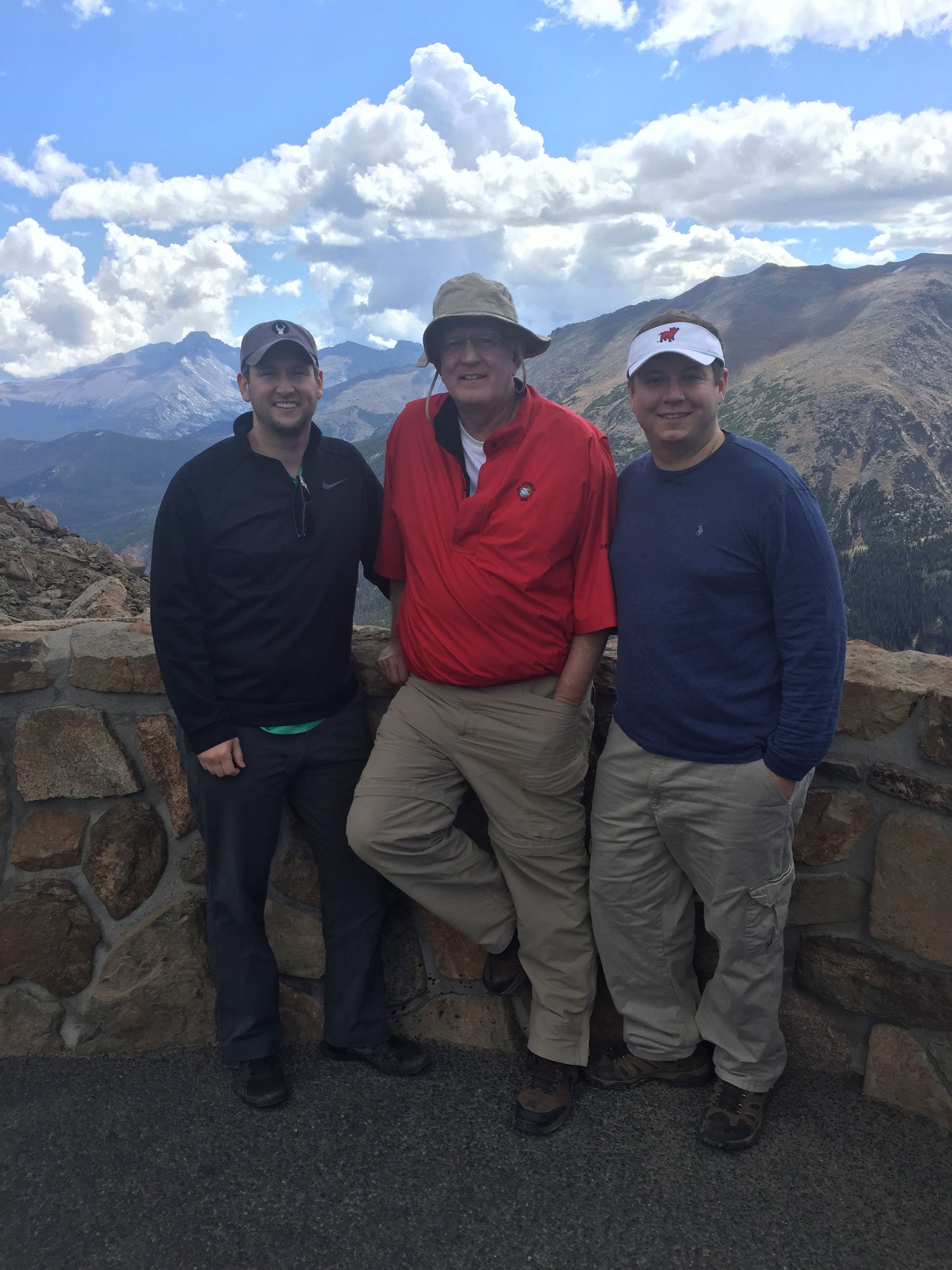 Chuck with his sons on a recent trip to Colorado

His favorite find the state is the Arkansas Sphinx, which he found through Chuck Dovish.

“I call it a silent sentinel that is standing guard over the river valley,” he said. He added that it is not an easy hike. It is about a 45 degree angle and you have to pull yourself up with your hands.

A few places to explore on his lengthy list include the Goat Bluff at Erbie on the Buffalo River, White Rock Mountain, and Pedestal Rocks.

Chuck’s office if full of photographs from places he’s visited and artwork by his wife, Martha. So that way he, explained he is surrounded by the things he loves.

To read more about Chuck or visit his blog visit www.TravelingArkansan.com.