Remmel to Rockport – A great float for beginners 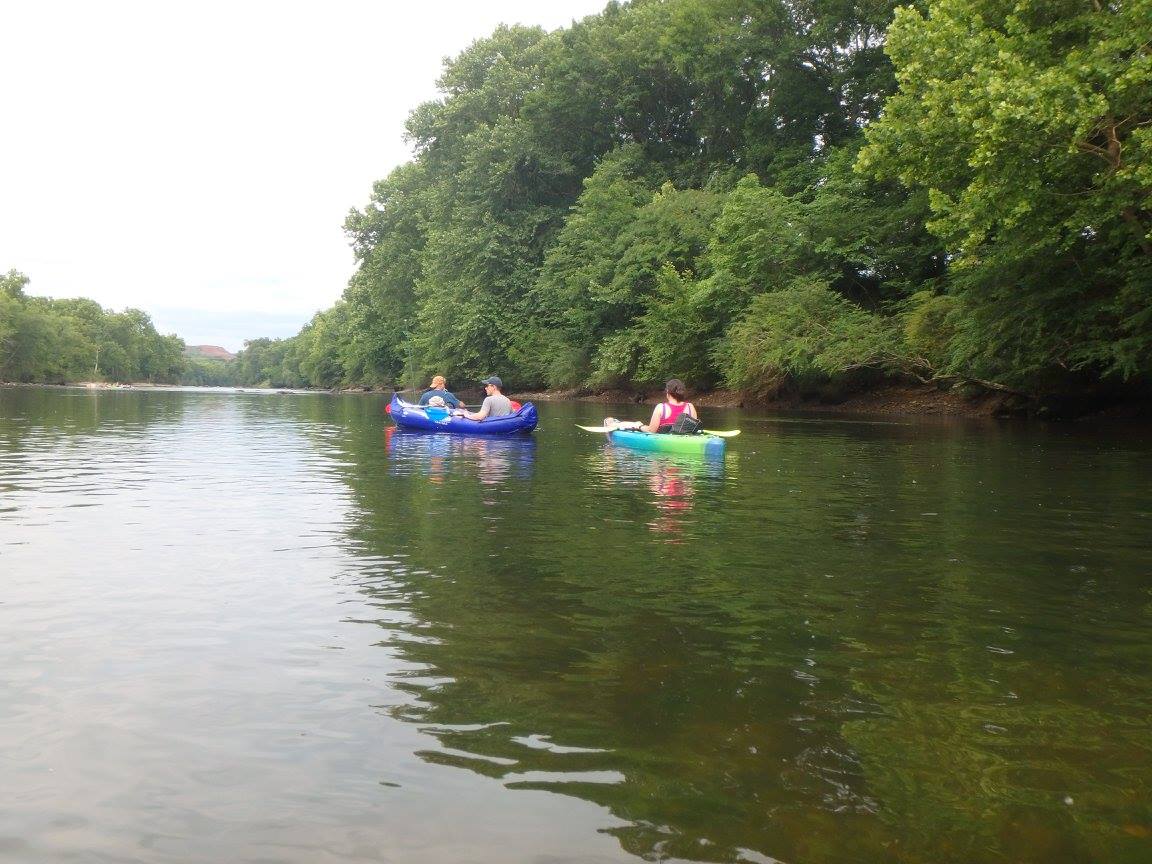 Floating in Arkansas is generally a springtime activity, however, there are a few rivers that can be floated all year long. One great choice is the Ouachita River below Remmel Dam to the whitewater park in Malvern. The great thing about the Remmel to Rockport float is that Entergy takes kayakers into consideration when generating in the summertime.

From Memorial Day to Labor Day, Entergy releases 36 cubic feet a second from Remmel Dam from noon to 5 p.m., according to AmericanWhiteWater.org‘s description of the float. AmericanWhiteWater.org lists the cutoff time at 3 p.m., but a sign at the dam says 5 p.m. That website is also a great resource for the float and has links to current levels. Always check Entergy’s release schedule and water levels so you don’t accidentally get in over your head.

When Entergy is generating, the six-mile float takes about an hour and a half to two hours.

One Memorial Day weekend, I floated with a group of friends on the Sunday before Memorial Day. I mistakenly budgeted about two hours for float time, however they were not generating as much so there was little flow being released from the dam. That particular float took us four hours. We got off the river just as it got dark.

However, we were not the only ones who made that mistakes. We pasted several groups of people. Unfortunately most of them were in tubes and did not have any way to self propel. They were literally up a creek (or river) without a paddle, and I just hope they made it out OK.

A great float above the lakes is the Dragover float.

There are a few rapids along the Remmel to Rockport float with one big one (for a novice) at the end, which is the white water park.

Remmel to Rockport also has some long pools that are great for fishing or swimming.

It is a great beginner paddle. I’ve seen people tube the river tethered to another inner tube that is floating their cooler – that should tell you the type of float it is.

Another great aspect to the Remmel to Rockport float is that it is an easy shuttle.

Finding the put in and take out

You put in just below Remmel Dam, which is located at the end of Remmel Dam Road off of Highway 270 in Jones Mill. The take out spot is at the Ouachita River Whitewater Park, located at 904 Riverview Drive, Malvern, Ark.

From Highway 270, just east of Interstate 30, turn onto River Creek Road, like you are going to Walmart. River Creek Road snakes around and takes you behind Walmart toward the Holiday Inn Express. It then ends at Riverview Drive, where you will turn right and drive under I-30.

Although the float takes you through private land, it is mostly wooded and there are some great riverbanks to get out and swim.

When I’m floating and get to the whitewater park, I always stay to the left when going over the ledge. Mostly because the takeout is right after the ledge on the left. I also stay on that side, because I know it and know what to expect.

The first time I went over the ledge I attempted to take out before it because I wasn’t sure of my skill. This however failed me epically. I couldn’t stop the boat, and a man thrust his paddle toward me, which I was able to grab. However, the force of the water was still too strong and I ended up going over it BACKWARDS!

Fortunately, I didn’t tip, just took on a ton of water. But it was kind of fun, so I hauled my boat back up to above the ledge and went down – the right way this time – a few more times.

One year, I did tip. You can read about that trip here.

The whitewater park is a great place to hone your kayaking skill. It is also a great float for beginners or those who just want a lazy float.

8 thoughts on “Remmel to Rockport – A great float for beginners”