What keeps you pushing to the summit 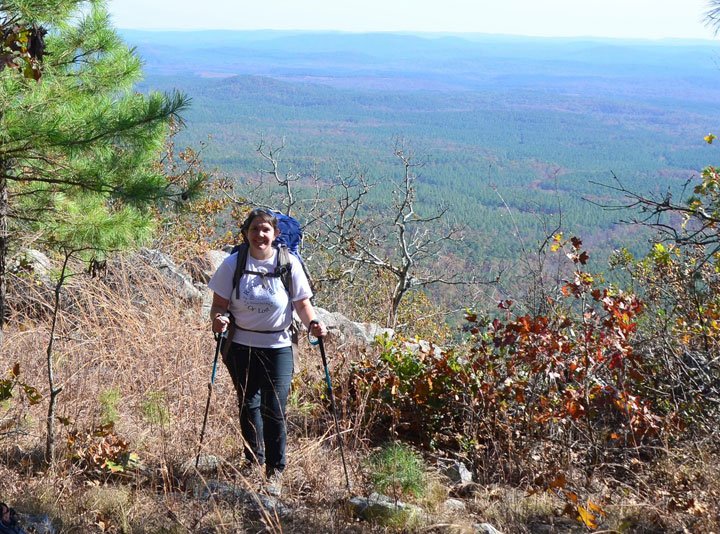 Taking in the views on a summit on the Ouachita Trail.

For me tackling new challenges is part of the fun of backpacking and hiking. I have come to realize that I push my friends to do trails that are little out of their comfort zones in order to seek a high reward. A bad friend? Maybe. They do curse me on the ascent. But after they get to the top of the mountain, like me, they realize that pushing to the summit was more than worth it.

So what keeps you motivated during the portion of an epic hike where you just want to quit? For me it’s bragging rights. Now, the view from the top of a high mountain and the scenery along the way are definitely worth it. But in that moment when I’m thinking my legs cannot go up any higher, or through anymore mud or over anymore trees that’s when pushing to the summit for bragging rights kicks in.

I also have a determination to not fail at something I’ve set out to do. My brother, Jacob, agrees saying, “I hate it when something thinks it’s above me – including summits. Just kidding. I have a fear of failure.” But it’s in those moments when nothing else is keeping you going, that simply not wanting to fail pushes you on. 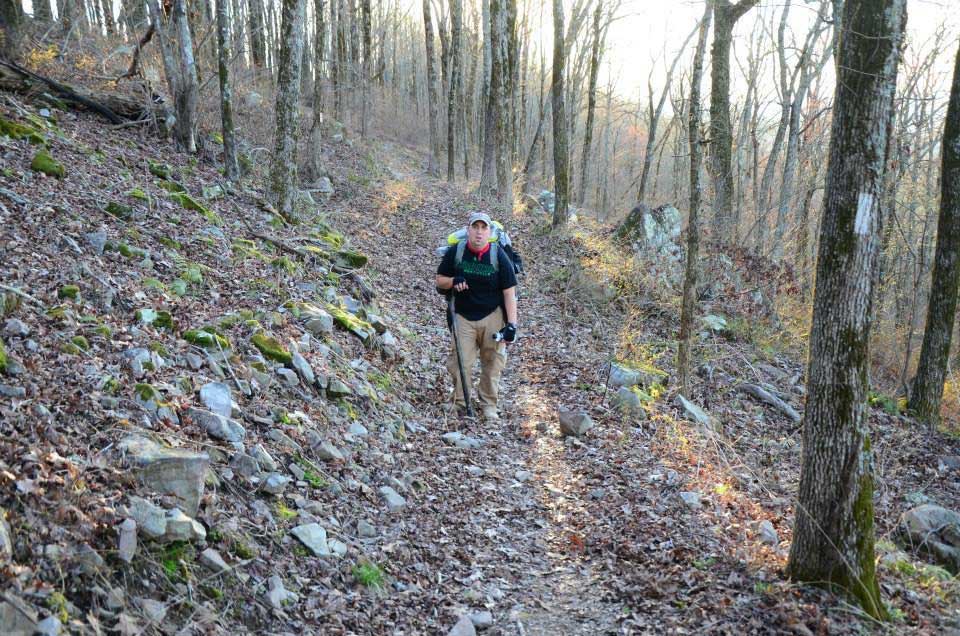 My brother, Jacob, giving me an evil eye as I promise him just a little more further.

It’s not just sore muscles that makes me want to turn around. Sometimes it is just being uncomfortable, like when you have been wet for four days. My brother and I hiked for four days in the backcountry once. We could have quit anytime along our route, because we were not far from town. But we kept going. My feet were killing me, but when I finished those 40 miles, I was high on life. Maybe it was partly because I was going home to a shower and a bed, but mostly it was that I accomplished the 40-mile hike I’d set out to do.

My friend Brian said it’s self determination that keeps him pushing to the summit. He likes to conquer the trail or mountain.

In Washington State Lagena and I set out to hike more than 5,000 feet to see a glacier. On the second day of our backpacking trip, we had a 3,000-foot climb and 14 miles to hike. That is the longest I had ever been on foot. That hike was even longer than the half marathons I’d run. 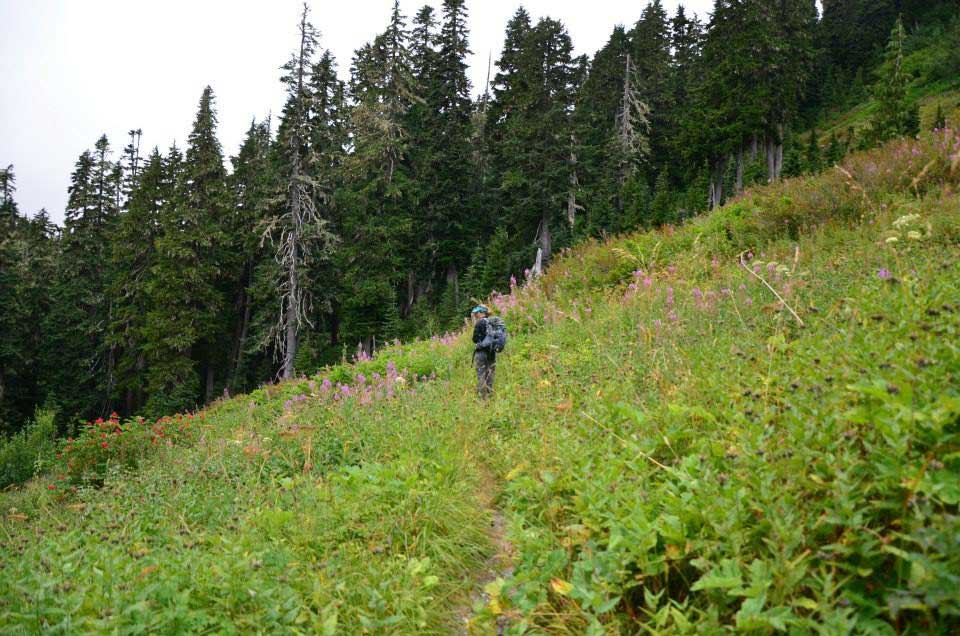 Lagena taking in the views as we hike in Washington State.

Even though we only saw the glacier through fog for little while, that is one of my favorite days – in hindsite. Let me tell you, on the 13th mile, I thought I was going to die.

I have hiked with others when I wanted to go on, or they wanted to go on. It’s always best to stay together, but if you don’t then the one who stays behind should stay in one place. 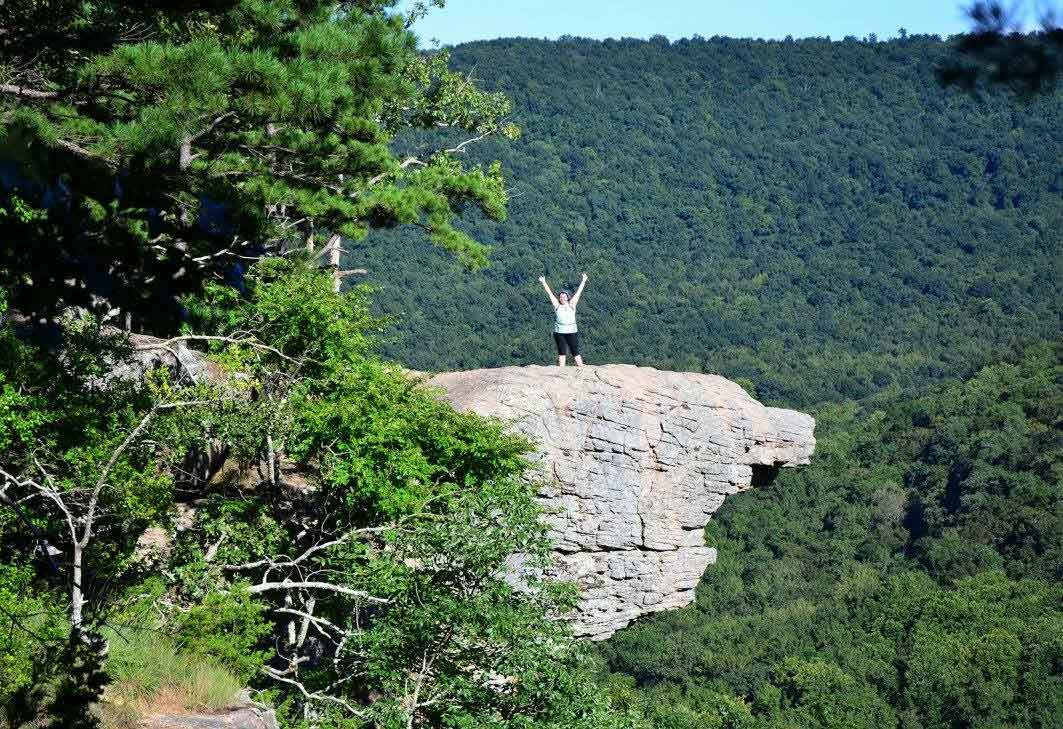 The only time I have cried on a hike was when my former boyfriend went further than I did. I sat on the top of the mountain. It was so windy and cold that I was miserable, but I didn’t want to start back down the trail without letting him know. Too tired to walk in circles on the summit to stay warm, I tried to make a shelter with backpack, sat down, and cried.

But, again when I was back to at bottom, I was so excited that I hiked that high up. And I was glad to be warmer.

I do tend to pick hard trails, and friends who often find themselves pushing to the summit. In Big Bend National Park, I picked a hard trail and Crystal got sick. I kept pushing her, not knowing that she was physically sick, but the next day she was glad she climbed to the top of the rim. 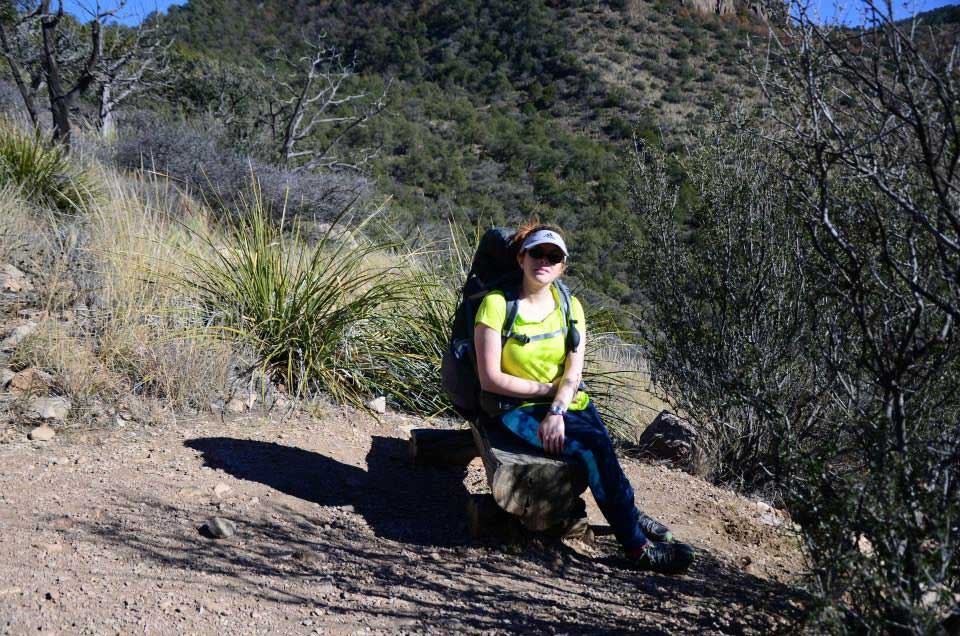 Crystal as I pushed her to the summit in Big Bend National Park.

“Even when I was sick, I pushed on,” she says. “Slower than usual, but I pushed through.”

When I travel one thing that keeps me pushing to the summit is that the views are new. Lagena says when “I drive 800 plus miles you better believe I’m doing what I set out to do.”

Crystal agrees too. “I want to see those views that I can’t get here.”

Self determination, bragging rights, or simply wanting to accomplish a personal goal – these are what keep me pushing to the summit. What are some things that keep you motivated on the trail when you just want to go home? 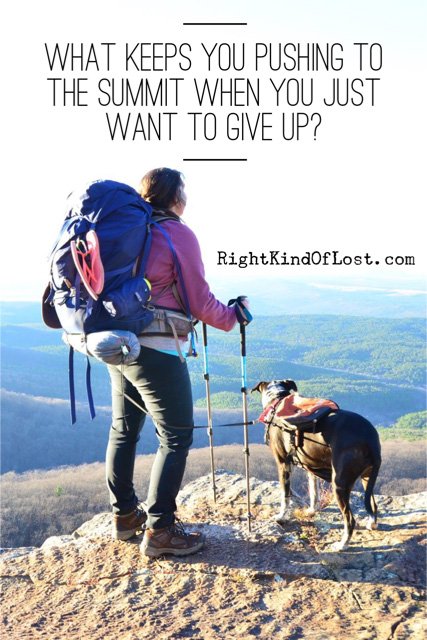 1 thought on “What keeps you pushing to the summit”