When is it OK to bail on a hike? 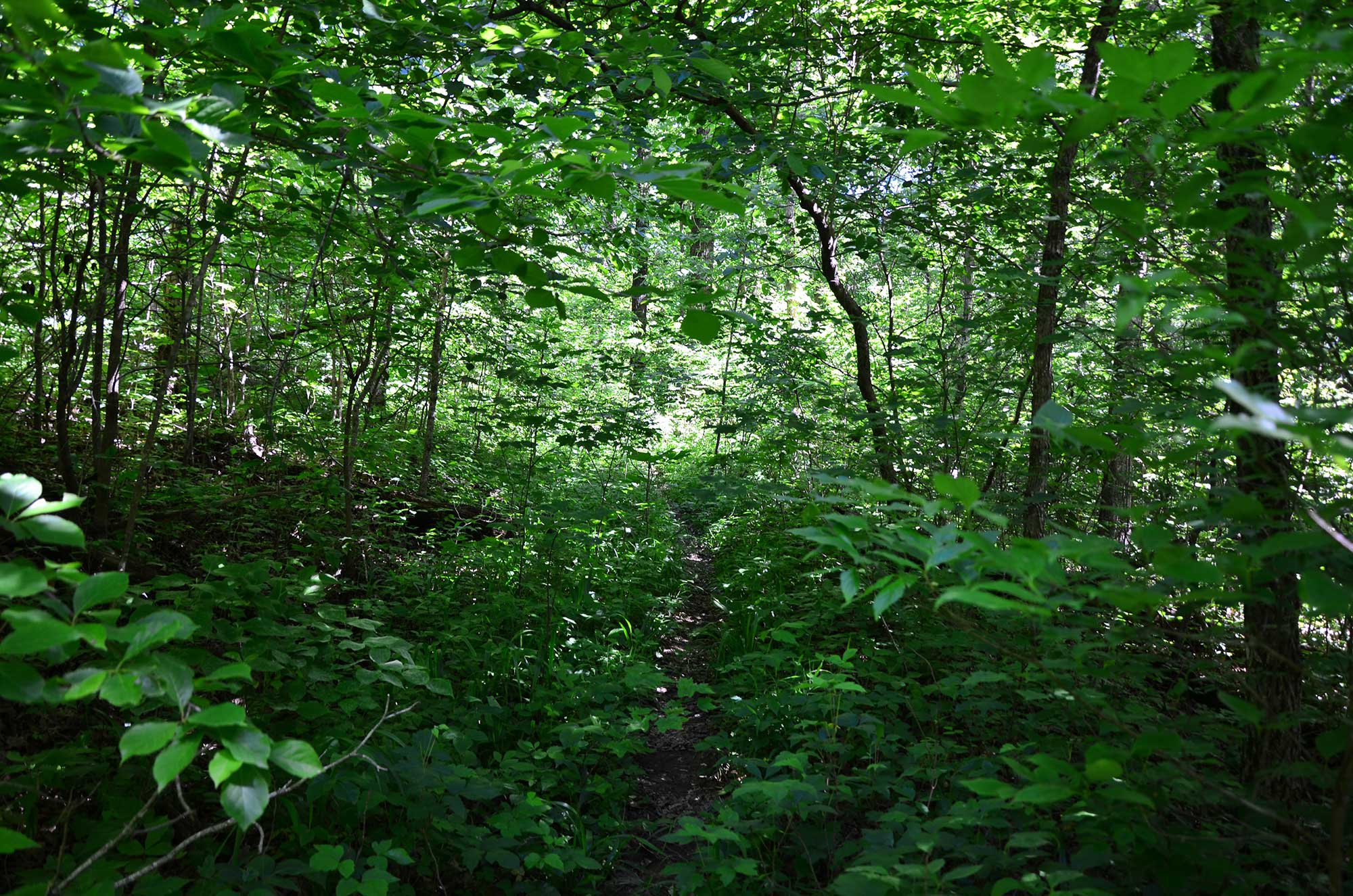 I drove to the Ozarks in northern Arkansas this weekend in hopes of hiking to a waterfall. This was my second attempt to get to this waterfall. Check out my first attempt’s blog post about it here. I have been to Twin Falls once before, so I know it’s spectacular. And I know it’s possible to get there, but I didn’t make it this weekend either. This weekend brought up some questions for me. When is it OK to bail on a hike? When do you admit defeat and bail? And does this make me weak or a loser?

Of course the answer to the last question is “no.” But once you set a goal for yourself, sometimes it’s hard to admit to yourself that you cannot accomplish that goal.

Listen to your body. bail on a hike if your body is telling you to. 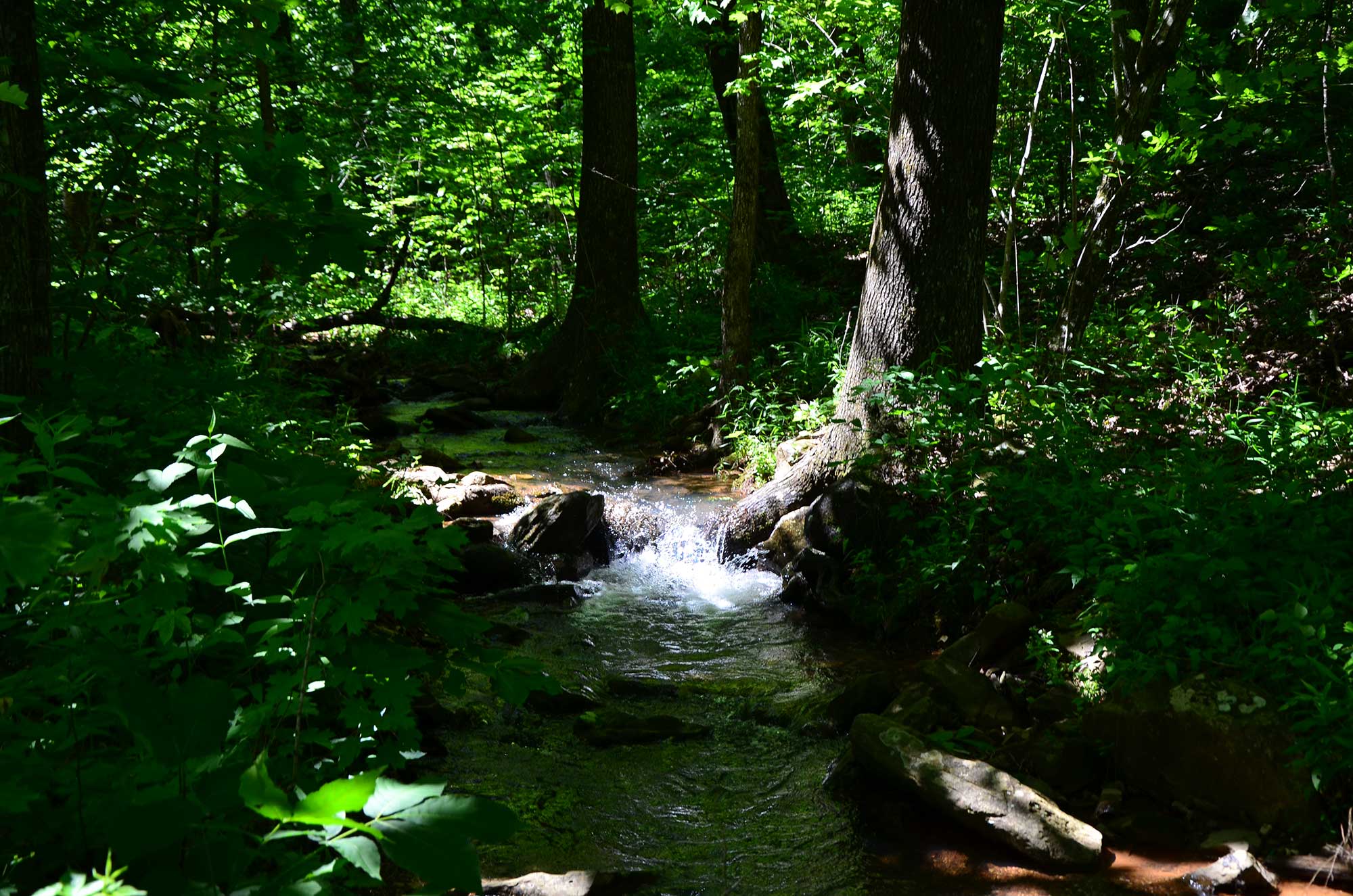 About five years ago I hiked Wheeler Peak, New Mexico’s tallest peak. I got about 100 feet from the summit, but I was worn out, and lagging behind my boyfriend. I knew I could make it to the summit and bag the peak, but I still had many miles to get back down the mountain. The trail was icy and I didn’t want to make a mistake and slide down the side of the mountain. So I opted to sit down and wait for my boyfriend as he went on to bag the peak.

I chose to look at the bright side. That was by far the highest I had ever hiked. We had already made it to see over the tops of the surrounding peaks. The same peaks I looked up to nervously at the beginning my hike. This was accomplishment enough for me. I could come back and bag Wheeler Peak.

So this past weekend as I bushwhacked looking for Twin Falls in the Ozark National Forest, I asked myself “When is it OK to give up on my search?” My answer was, “I simply wasn’t enjoying myself anymore so it was OK to go back to the car.” Even though I had a full pack tent, sleeping bag, food, etc., and I knew I was physically able to make to the waterfall and back to the car, I simply was not having fun. 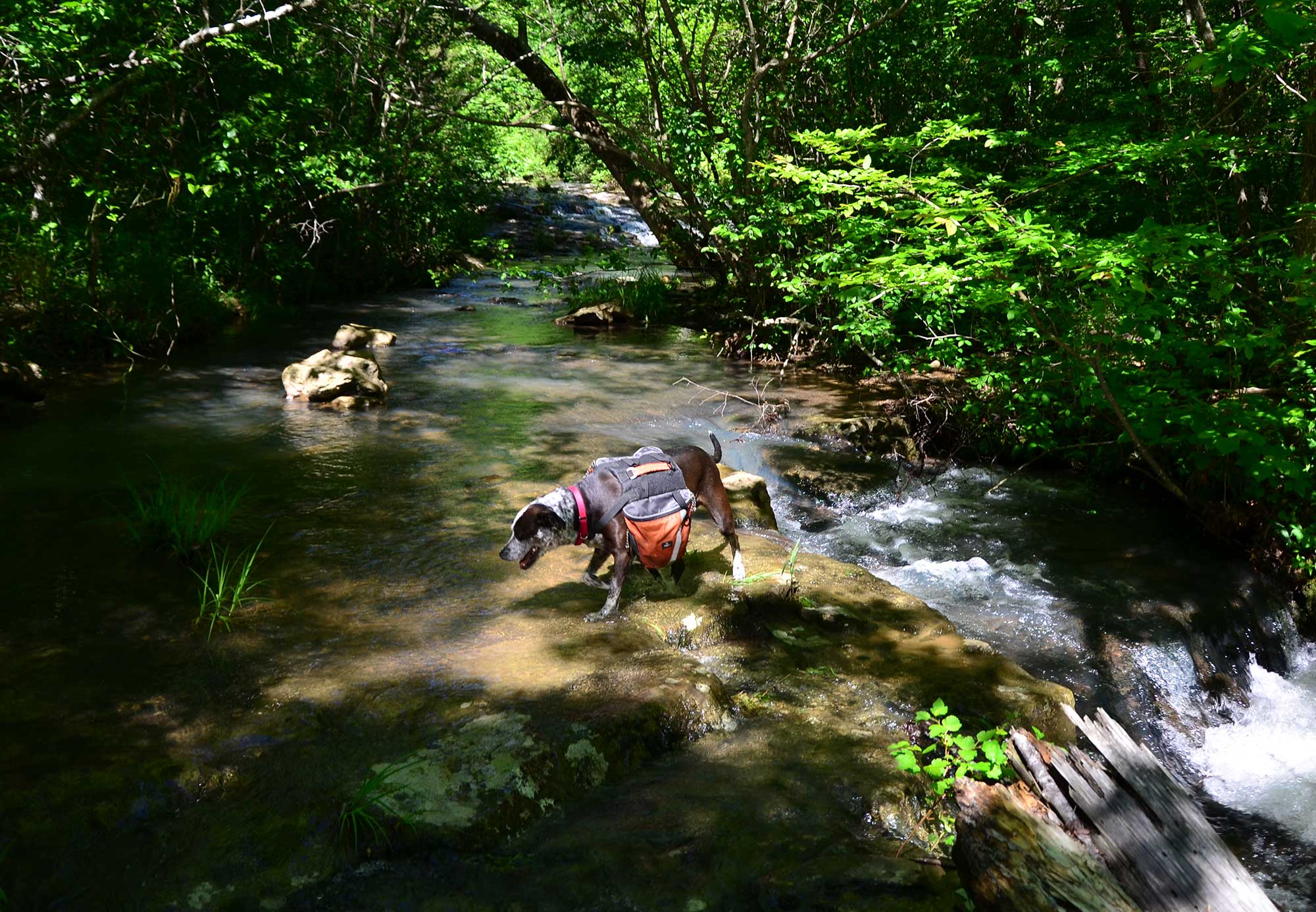 I was alone and a little lonely. Also I was just tired of bushwhacking – having to climb over, through, and under downed trees, and biers slashing my legs. I was also tired of backtracking and try to find the “trail.” (There’s no official trail.)

At one point I lost the “trail.” My guide book said at anytime you could head west to the creek and follow it down to the waterfalls. I saw a cairn (a man-made pile or rocks used as trail markers) and thought maybe I was supposed to turn there. But it lead me to a cliff.

The whole ordeal just drained me, so I gave up. I can got back to find the waterfall another time, but I simply wasn’t feeling it that day.

After I turned around, I heard voices, and Caddie began barking. I thought, “People!” and I was really excited. I met a group of four men, a pair of fathers and sons. They had successfully made it to the waterfall, but were lost trying to find their way back to the trailhead.

I told them they were heading the right way, and the five of us, plus Caddie, hiked back to the trailhead.

I really enjoy hiking solo but that day, I didn’t feel like being alone.

And, I thoroughly enjoyed the company. Maybe it was the uncertainty of knowing exactly where I was; maybe it was I just didn’t feel like being alone that day. Who knows.

I could have pushed on to the waterfall, pitched my tent. Then I could have hiked out the next day. But part of the point of hiking to Twin Falls was to work on artist photographs. I was too exhausted to work my craft. I simply would not have enjoyed it. 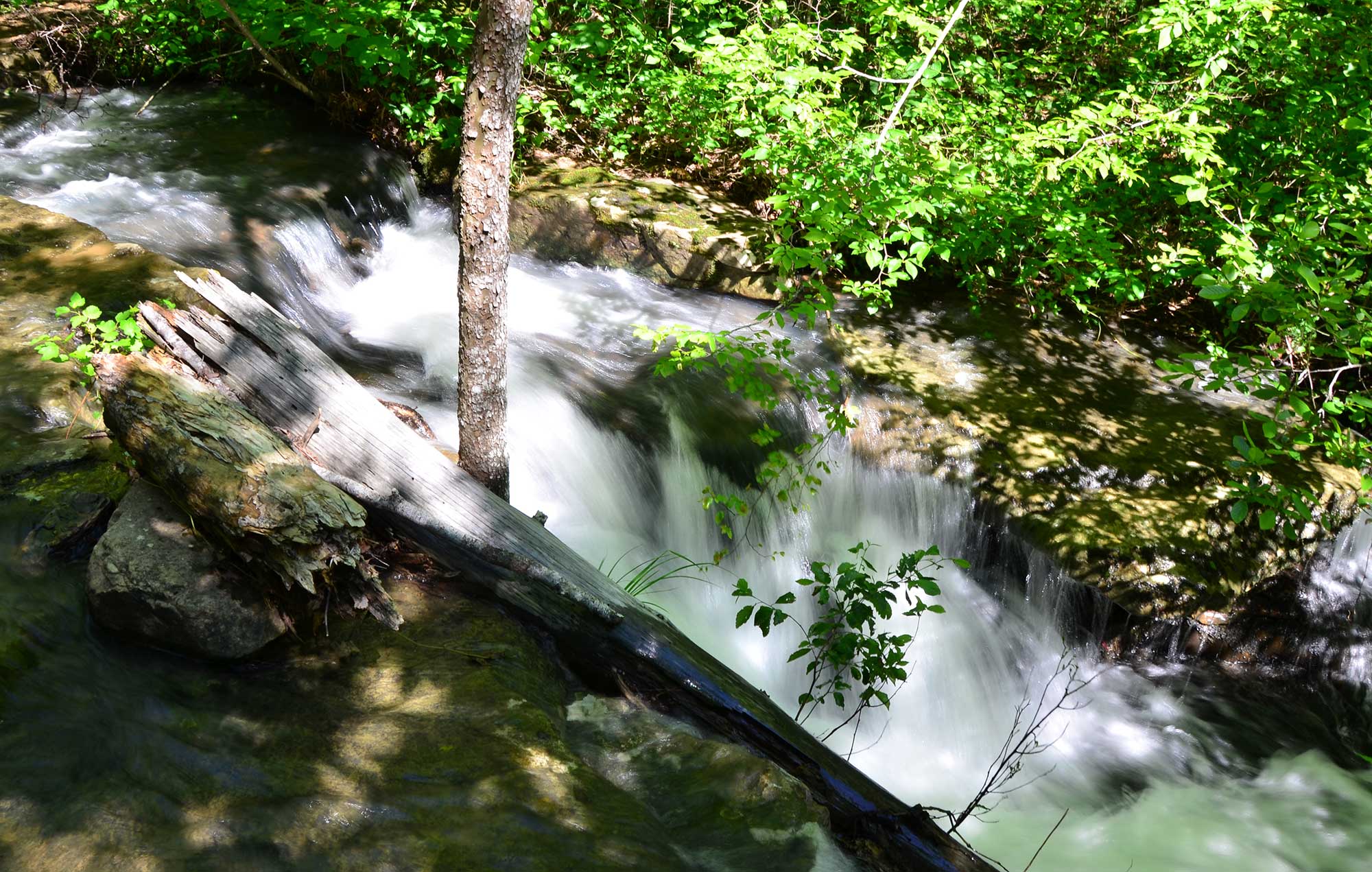 The day wasn’t a total waist though. I got in eight miles with my 30-pound pack. And I’m hoping to hike the Presidential Traverse in New Hampshire in a little more than a month away, so I needed the training. I also really enjoyed being surrounded by the quiet and still of the deep woods. Although I could have done without the 20 plus ticks that hitched a ride out on Caddie. I also got to meet some pretty cool people.

So when is it OK to bail on a hike when your body can go on? I say when it just isn’t fun anymore. Isn’t the point just to get outside and enjoy nature? 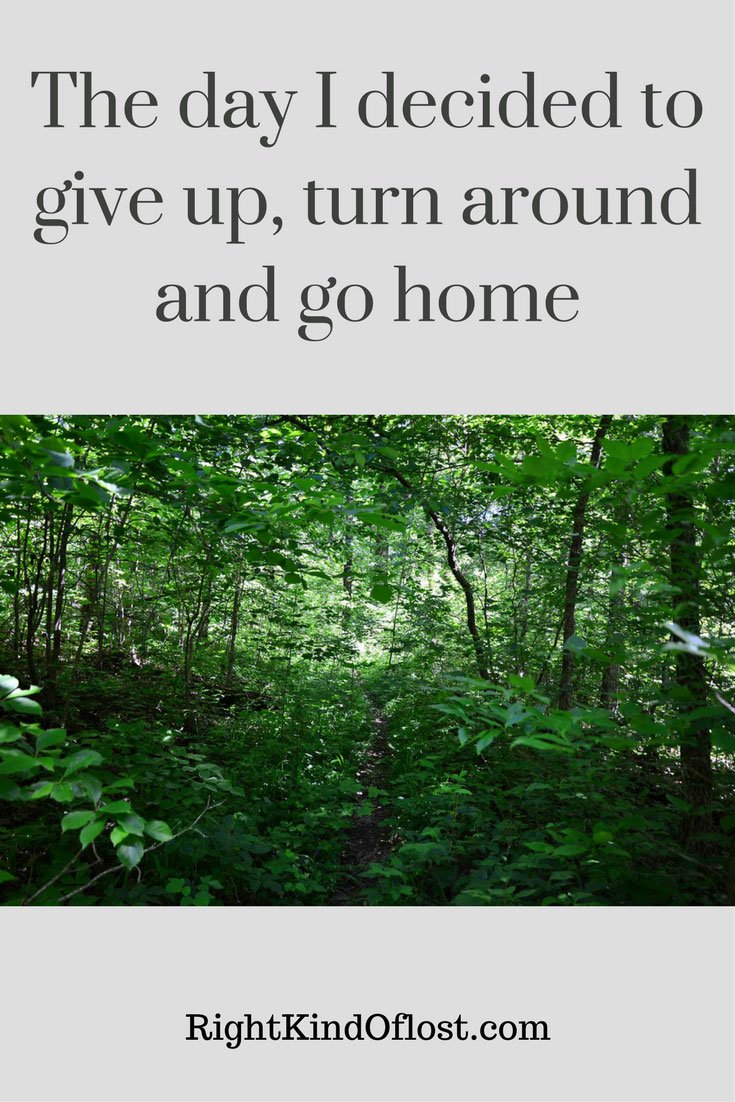