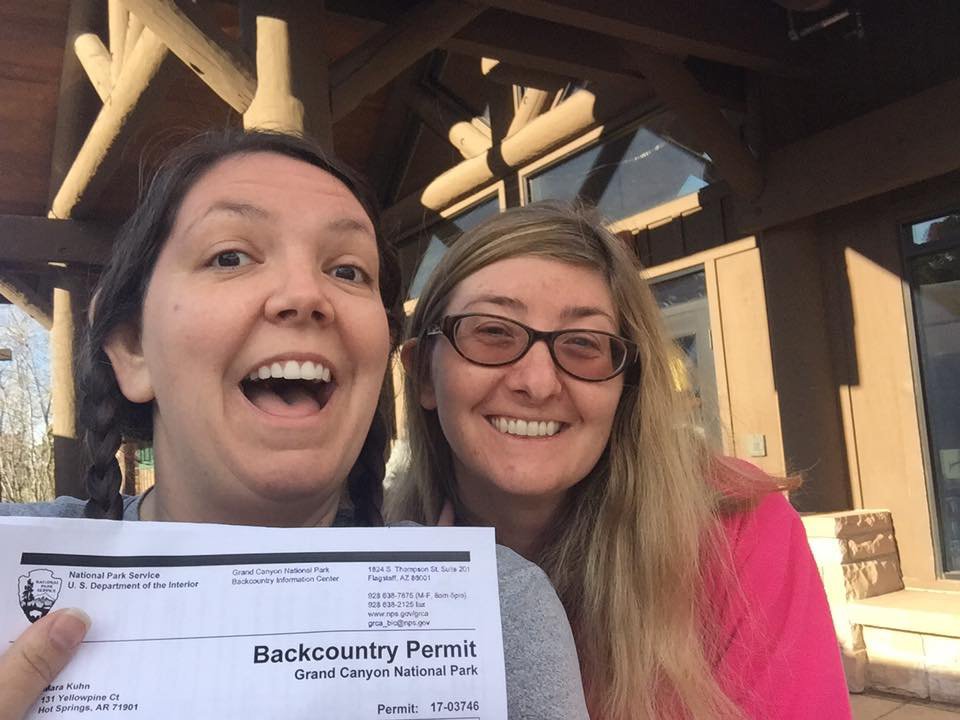 I live in Arkansas and we have a good amount of public lands. If we Arkansans want to go backpacking in Arkansas, we simply hike out into the woods until we find a place that looks like a good spot and pitch our tent. However, there are many cool places that don’t work like that. In those places, they require a backcountry permit, and in some parks, a backcountry permit is hard to get.

Some places have designated backcountry sites

I found out the hard way that other locations have backcountry campsites you have to reserve. Meaning you have no choice but to hike the 10 miles or whatever before setting up camp. There is no pitching your tent when you want to stop hiking.

I found this out on my first backpacking trip, which was in North Carolina. I was a little miffed that we had to make the five-mile hike to the backcountry site. My thoughts included, “What if my pack is too heavy (it so was) and I don’t feel like hiking five miles?” We ended up making it to the backcountry site just before sunset, exhausted, and starving.

My advice here would be to know your ability before you try to make it to a certain backcountry site. If your first backpacking trip is one where you can’t pitch your tent wherever, just make sure you are in enough physical shape to make the five or 10 miles to your reserved site.

I did a backpacking trip in Glacier National Park and it was about 10 miles to our site. I kept looking for the sign where the book said we would have hiked three miles, but wasn’t finding it. We had been hiking for a really long time and I thought, “If we haven’t gone three miles yet, we will not make it to camp. We are going to have to pitch our tent on the trail, the park ranger will get onto us, and a grizzly will eat us.”

Fortunately, we just missed the three-mile marker and actually had hiked six miles by that point.

Backcountry permits could be a lottery

According the the Grand Canyon National Park’s website, you need to apply for your backcountry permits four months before you plan to hike. And even then it’s a lottery. They do save some for walk-ins, and I’ll get to that in the next section.

Most places you can take your time mapping out your route, visit with a park ranger after you get to the park, and pick your trail then. But do your research before you go and see what the park suggests. If they suggest making reservations, you probably should do that. 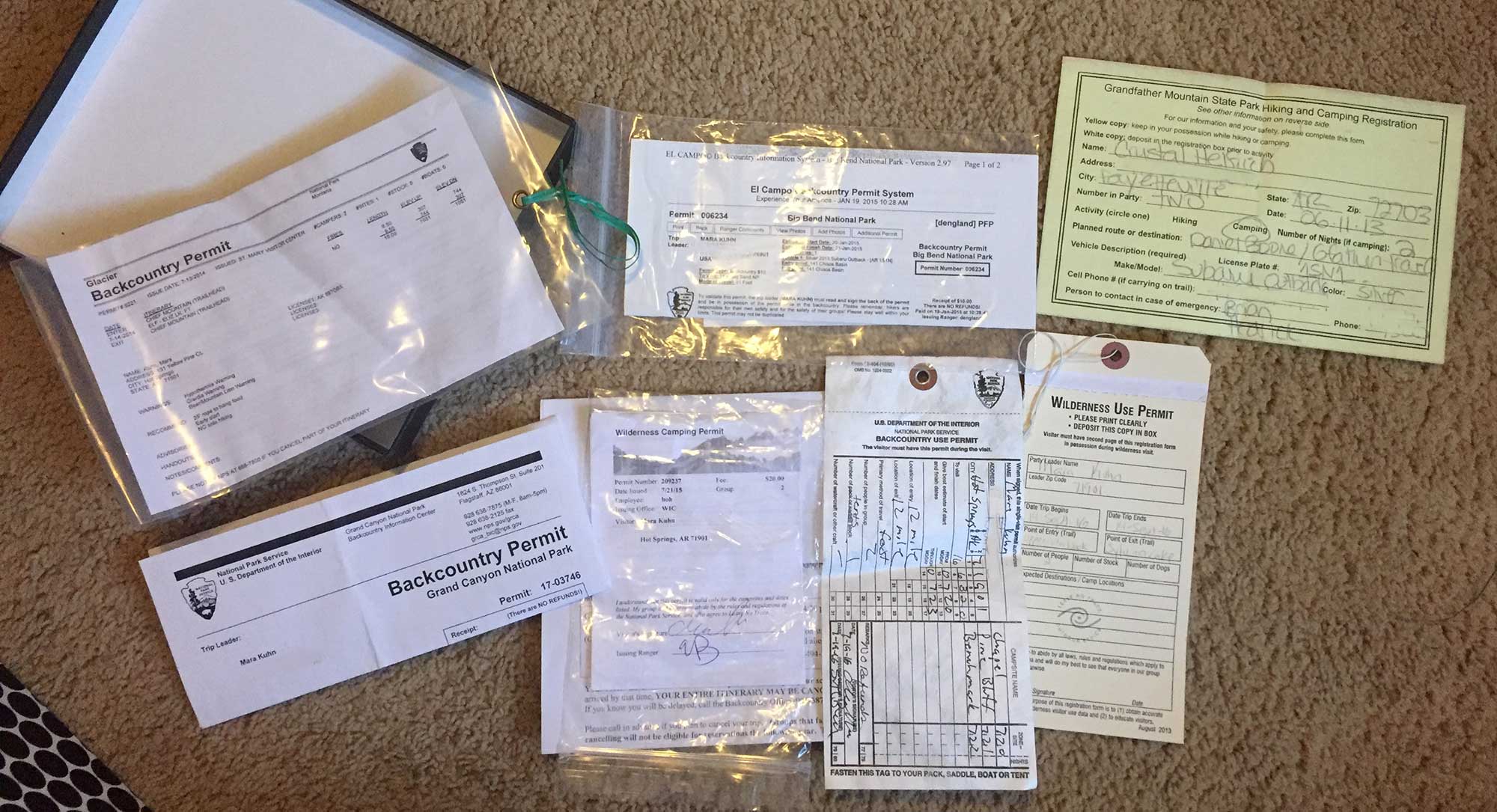 For example, while I was researching my trip to Pictured Rock National Lakeshore in Michigan, I came to the conclusion it was best to make reservations because the backcountry site fill up quickly in the summer.

And most backcountry permit reservations you have to obtain by snail mail or fax, so be sure to give yourself plenty of time. It generally takes about two weeks after you have sent the request off to get an answer. Most parks will ask for a second and third itinerary in case your first choice is not available.

Another reason I decided to go ahead and make backcountry permit reservations in Michigan is because we needed to make reservations for a shuttle. I needed an itinerary so I could tell the shuttle where to pick us up and drop us off. 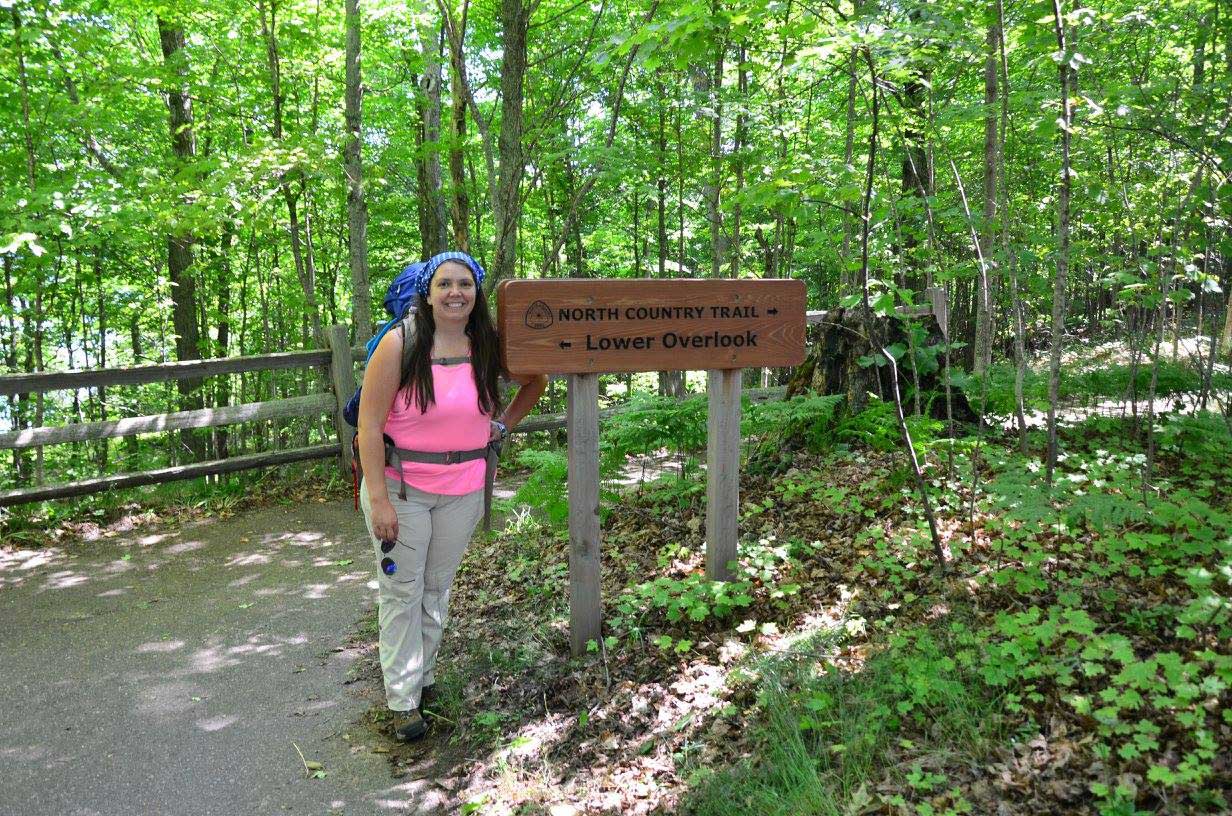 We secured our first choice, but each backcountry site was full by the time we hiked. We would not have been able to get the trip we wanted had we waited and tried to obtain them in person.

There have been some times when I was able to walk in and get the backcountry trip I wanted with no problems.

While visiting Olympic National Park in Washington, we wanted to hike to Anderson Glacier. It was about 17 miles and 5,500 vertical feet from a trailhead. We walked into the visitor center, told the backcountry ranger our abilities and where we wanted to go, and she helped us map out a course. We did the same thing in Glacier National Park in Montana and had no problem. However, Glacier does have some pretty popular trails, and we chose a less popular one.

That first backpacking trail in North Carolina was at Grandfather Mountain State Park. We obtained our permit by filling it out at the box in the trailhead. Kind of like an honor system.

Also in Big Bend National Park in Texas, we walked in and asked the park ranger what he suggested. We were able to get the backcountry site and routes we wanted without any problems. However, it was not peak time when we backpacked at Big Bend. It was the third week in January, on a weekday.

There was one time I did not think we could obtain backcountry permits. And that was to backpack down to the Colorado River at the bottom of the Grand Canyon. The key to obtaining hard-to-get walk-in permits is to get there early. For some of the really popular parks, like Grand Canyon National Park, there will be a line before the backcountry office opens.

It took us two days of standing in line early in the morning, but we were able to obtain backcountry permits for two nights within the Grand Canyon.

Not all parks work the same, but this is how we got those awesome permits at the Grand Canyon. We got to the park late on Sunday night. I got up early on Monday morning and stood in line for about 30 minutes to just get a number to come back the next day. We were number nine. Not a great number.

On Tuesday we got to the backcountry office about 7:45 a.m. They open at 8 a.m. The backcountry ranger came out and said that 18 people had come by on Monday to get numbers, and that there were no permits available for Tuesday night.

When they called our number, we were fortunate that they still had backcountry permits left for Wednesday night and we were able to get them. Had they not had any left, we could have exchanged our number for a lower number and come back Wednesday to try for Thursday night permits.

It can be done, but patience and perseverance is key.

The best advice I can give you is to do your research. That way you know the park’s policy, and how popular the trails are. All national parks give you details on how to obtain backcountry permits. And if you still have questions, call and ask them to clarify. It will save you a lot of hassle and worry.

The websites will also give you plenty of information on safety, water availability, and information needed to prepare for your hike.

Also some highly popular days hikes might require backcountry permits as well. Permits are not a way for the government to make money. They are a way to protect the fragile, beautiful landscape that we all love, as well as for your safety. They let the park rangers know who and how many hikers are in the backcountry. And, they also let them know when they are supposed to return, which is better for your safety. 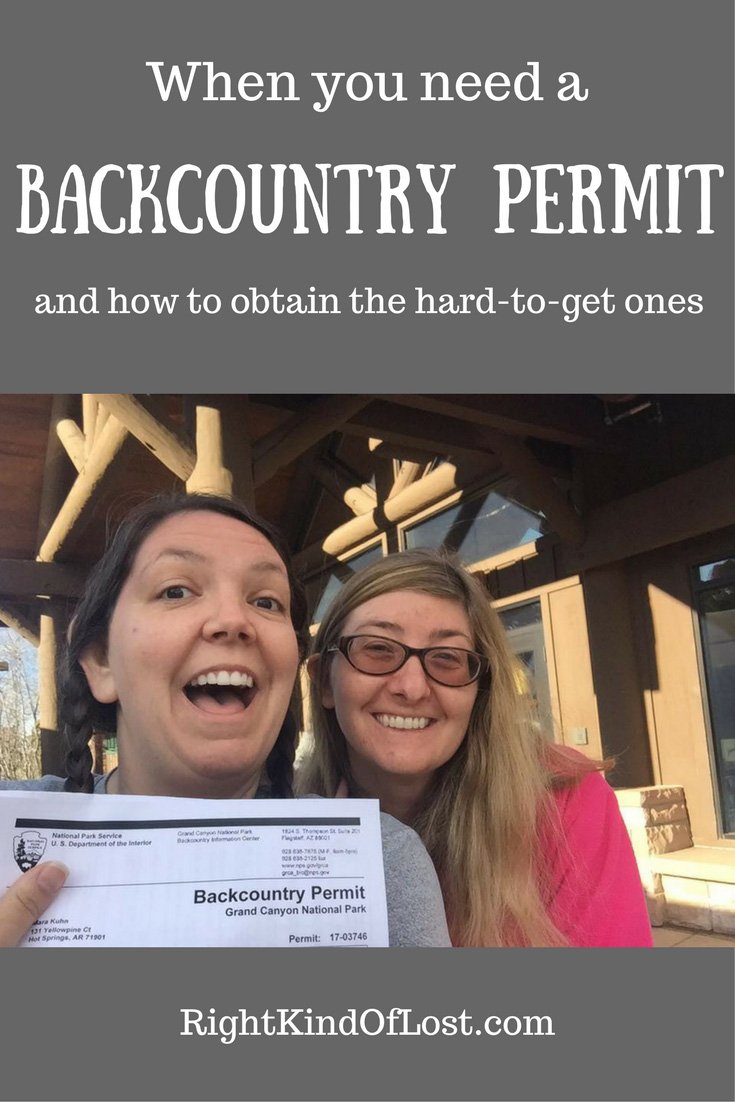 Tags:backcountry permitscampinghikingNational Parks
previousForce of Nature and Our Responsibility
nextTips for a Great Hiking Date